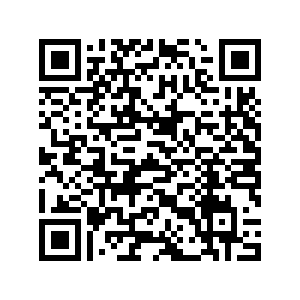 Scientists around the world are racing to find potential treatments for COVID-19 – among those, a team of Belgian, American, and German researchers believes the key to a promising antiviral treatment could be a four-year-old llama called Winter.

The idea of using llamas to treat viruses in humans isn't new – the furry animals have previously been found to produce antibodies capable of fighting HIV and influenza viruses. And researchers were looking into potential antiviral treatments from llamas' antibodies to neutralize or prevent different types of coronaviruses when the pandemic broke.

Winter, a dark-brown female llama who was living on a farm in Belgium, was chosen in 2016 by a team of Belgian and U.S. scientists for use in studies on the MERS and SARS coronaviruses. As the COVID-19 outbreak became a global health emergency, the researchers from the University of Texas at Austin, the National Institutes of Health, and Ghent University in Belgium decided to shift their focus to the novel coronavirus.

"What we have discovered is an antibody that happens to come from llamas, and that antibody can bind to the COVID-19 virus and also prevent it from infecting a cell," explains Xavier Saelens of the Flemish Institute of Biotechnology (VIB) in Ghent, leader of the joint research from the Belgian side.

Winter has been injected with a protein present on the surface of the novel coronavirus and has reacted by developing antibodies. The scientists hope to use these antibodies to create an antiviral treatment that will be used to treat COVID-19 patients.

"Our priority is to use the antibody as a treatment to bring relief to patients who are infected with the COVID-19 virus so that they, for example, will not end up in the hospital or maybe will not end up in a severe intensive care unit," says Saelens. "But we think there's also room to use them as prophylactic proteins, giving the antibodies to people at risk of being exposed to the virus as a protective barrier beforehand." Winter, the four-year-old Belgian llama whose antibodies will be key in the study to produce an antiviral treatment against COVID-19. /AFP / VIB-UGent Center for Medical Biotechnology /Handout

Winter, the four-year-old Belgian llama whose antibodies will be key in the study to produce an antiviral treatment against COVID-19. /AFP / VIB-UGent Center for Medical Biotechnology /Handout

"Mammals like humans, dogs, mice, and llamas have conventional normal antibodies – fairly complex molecules," explains Saelens. "They are comprised of four parts and assembled. When those four parts assemble correctly, they can be very powerful molecules, antibodies, proteins that protect us against an infection, for example.

"Now, llamas also have on top of those more complicated antibodies simpler ones, which are comprised of only two parts. They are half as complicated as normal antibody."

These smaller antibodies are called nanobodies, and they are common to all camelids – a category which include camels, llamas, alpacas, and others.

Nanobodies are thought to be better able to recognize the virus. They can be used to attack the so-called spike proteins found on the surface of the virus, those same proteins that allow the virus to attach itself to a host cell and from there replicate. The antibodies should therefore block the infection.

These nanobodies are also present in sharks, but the scientists say llamas are just more cooperative and cuddly subjects.

When will the treatment be available?

"We've reported that this antibody can normally neutralize the COVID-19 virus in vitro, so that's the first important step," explains Saelens.

The treatment won't replace a vaccine against the virus but might help slow down the COVID-19 death toll. Trials to make sure the treatment is safe for humans are the next step in the research.

"And then, after that, it's a matter of producing the protein in larger quantities as a purified molecule that can be approved for human use," says Saelens. "We hope before the end of the year, hopefully in autumn or the early autumn. But it's a matter of getting things organized in time. The earlier the better."