Can we compare the COVID-19 pandemic to a world war?
Giulia Carbonaro 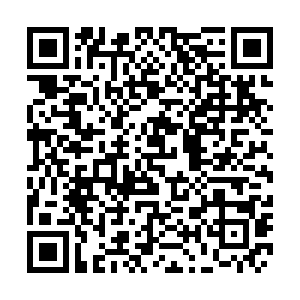 Life for millions of people has changed radically across the world in the past few months – thousands of people are dying every day, killed by an invisible disease, the global economy is heading towards a deep recession, and governments ask their citizens to make sacrifices in the name of the collective good.

For many, this is a scenario that conjures memories of previous global crises, dark times that were thought to belong to the past – first among them in Europe is World War II.

Are we at war against the coronavirus? The everyday language used to describe the current pandemic would have people think so, evoking images of a terrible global conflict with a "deadly enemy" and heroes fighting for the safety of the public on the "front line." But how does the present medical emergency compare to the world's deadliest conflicts? 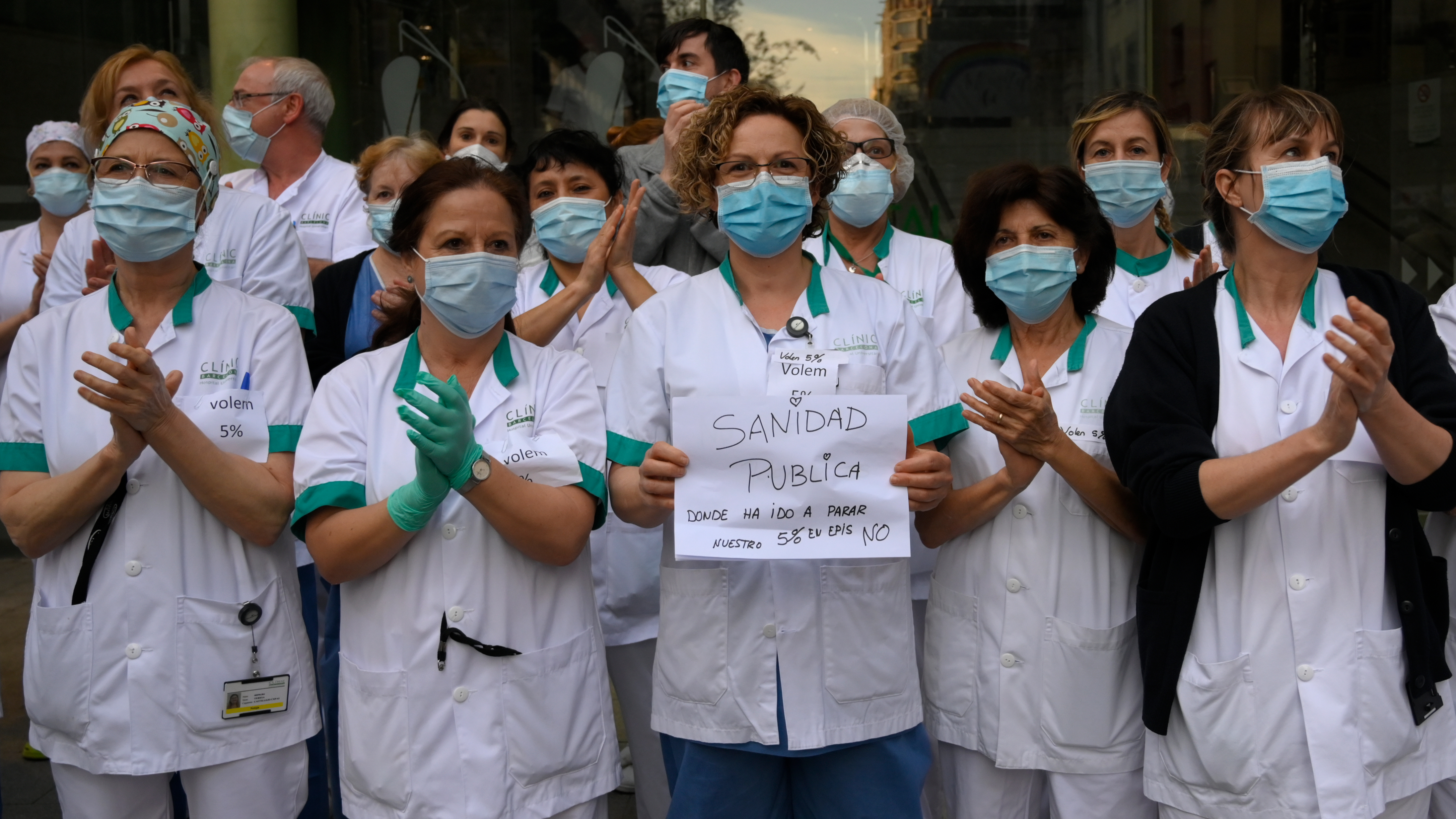 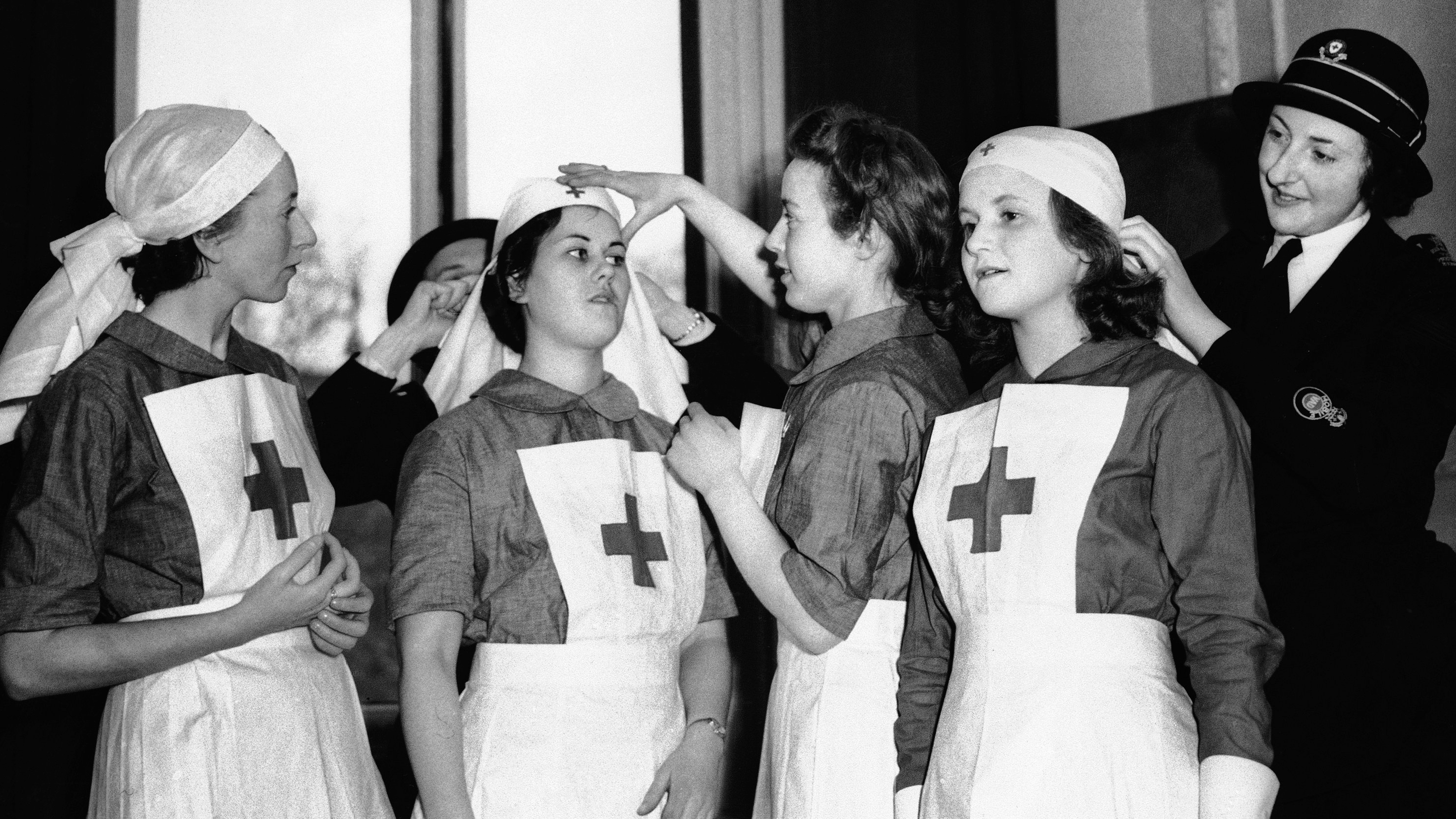 The 'war' against the coronavirus

In March, Chinese President Xi Jinping declared after visiting the virus-stricken city of Wuhan that China would have won the "people's war" against the coronavirus. Other world leaders followed suit, as the virus spread across the globe, invoking war imagery to describe the healthcare emergency. "We are at war," President Emmanuel Macron told the French people in a televised speech announcing the lockdown measures that would have kept the country at home for more than two months. "We're not up against another army or another nation. But the enemy is right there: invisible, elusive, but it is making progress."

British Prime Minister Boris Johnson declared on 17 March that his government would have acted "like any other wartime governments" to support the British economy and take "steps that are unprecedented since World War II," calling the virus an "enemy that can be deadly." In the same week, U.S. President Donald Trump referred to himself as a "wartime president," and the week after, New York Governor Andrew Cuomo reportedly said that "ventilators are to this war what bombs were to World War II." A day after lockdown was imposed in Germany, its chancellor, Angela Merkel, appealed for national unity in the name of a challenge that she described as the greatest faced by the country since World War II – words that have been repeated, in a global context, by UN Secretary General Antonio Guterres, and many others across Europe.

Wars are part of our collective memory and shared identity, they awaken ideals of duty, personal responsibility, hope, and faith. They inspire endurance and sacrifice. World War II in particular is a prevalent symbol of commentary on the current pandemic.

But experts are uncomfortable with the war metaphor. "I must say, personally, I don't like the parallel," says Guy Bud, a historian. "I think the Second World War was infinitely more destructive. But, obviously, it has quite a great deal of significance to individual people. It's a time when people believed, rightly or wrongly, that their country was doing the right thing, that they were all part of some unified, patriotic endeavor."

This pandemic is 'terra incognita'

There's a number of parallels that can be drawn between World War II and the COVID-19 pandemic: the exceptionally high number of deaths, measured every day, immediately reminds the public of a war death toll – though it doesn't compare with the 60 million victims of World War II. The interruption of normal life routines, the shortages of certain services, industries conversion, the economic decline: these are all phenomena that occurred during World War II and that we have witnessed during the unfolding of the current healthcare crisis.

There are data that support the comparison, too: economic predictions for many European countries – France and Germany, for example – forecast a recession so bad it can only be compared with World War II levels.

But the overwhelming majority of the experts think the analogy isn't quite fitting. "The parallel is quite dangerous, because the virus is not an ideology, it's not a war against the state," says Martin Evans, professor of modern European history at Sussex University, UK.

"In terms of thinking about history, it's much better to go back to previous examples of pandemics and to think how societies dealt with those pandemics and reacted to them," says Evans, mentioning the 1919 Spanish flu and the 14th century bubonic plague.

From a purely economic perspective, Tamas Vonyo, professor of economic history at Bocconi University, Italy, believes total wars have more in common with normally functioning peacetime economies than with what we can observe today.

"Hibernating economies for months is terra incognita, for government and business alike," says Vonyo. "World wars did nothing of this sort. Quite the contrary: the aim of total war was to exploit all production capacities and mobilize all workers beyond what was considered feasible in peacetime. Today, we do the opposite: we shut down all production that is not essential, using as little capacity and as few workers as possible, so that we can all stay at home."

Vonyo adds: "Total war maximized mobilization; now we minimize mobilization. We also know that this shutdown is temporary, indeed we are already emerging from it in several countries. It does not damage equipment, infrastructure, or human capital. Therefore, governments aim to keep businesses afloat so that they can restart when the crisis is over.

"This is why the wartime rhetoric today is so misleading, in politics as in business. This is a public health emergency, not war, no matter what some world leaders tell you. War-economy logic prevails only in the emergency services. Doctors, nurses, and police are ordered where to go and what to do, forced to work extra hours, and prevented from taking holidays, but they are also prioritized in the allocation of essential supplies and funds. Finally, remember, World War II lasted five years and incinerated 60 million souls. In the current pandemic, the worst may be over in a few months, with economies back on track within a few years. The scale of the shock for economy and society will be incomparable and thus the consequences will not last nearly as long as they did after 1945." 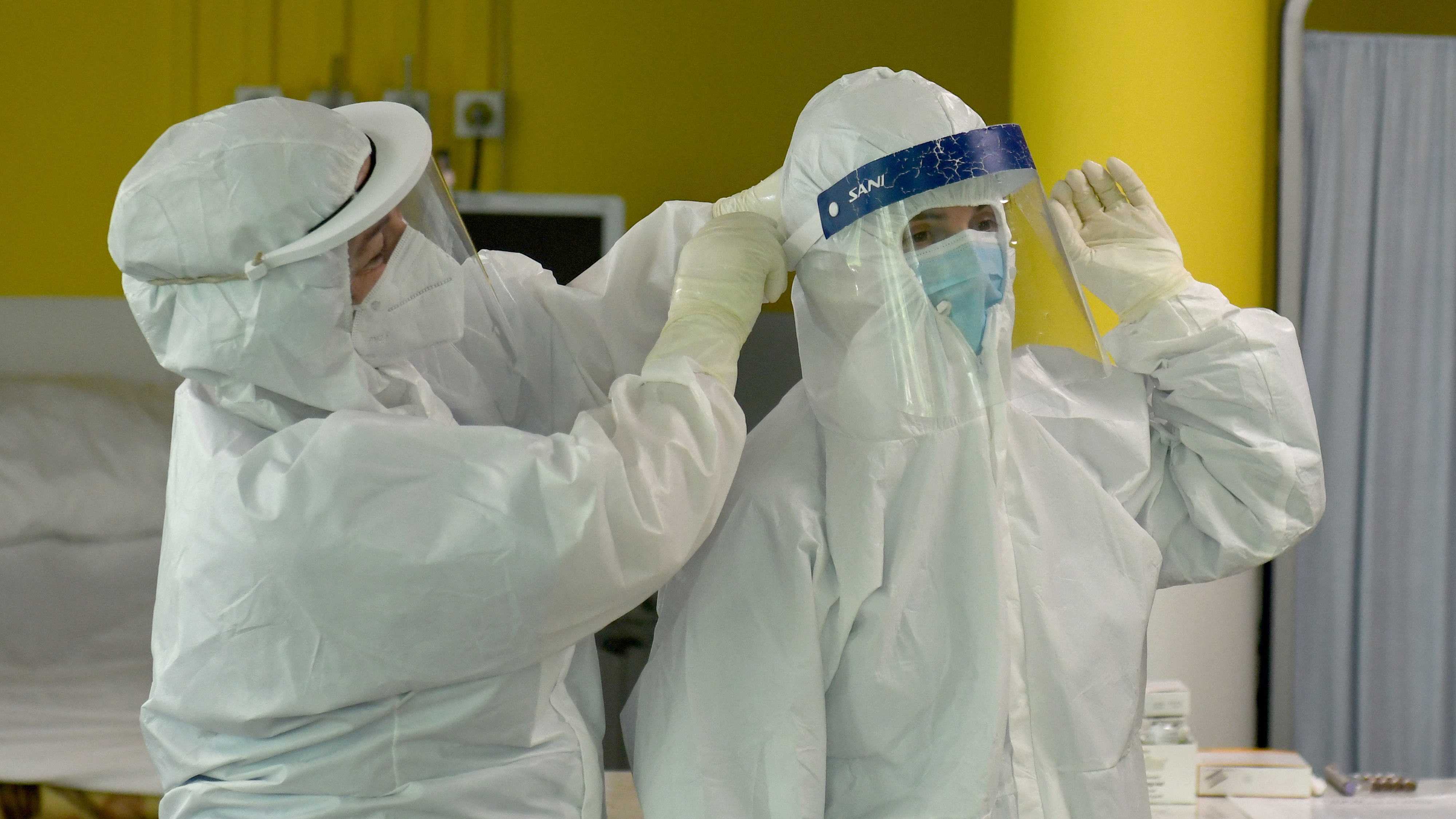 Nurses help each other wearing protective equipment in a hospital in Tirana, Albania in April 2020. /Gent SHKULLAKU/AFP

Nurses help each other wearing protective equipment in a hospital in Tirana, Albania in April 2020. /Gent SHKULLAKU/AFP 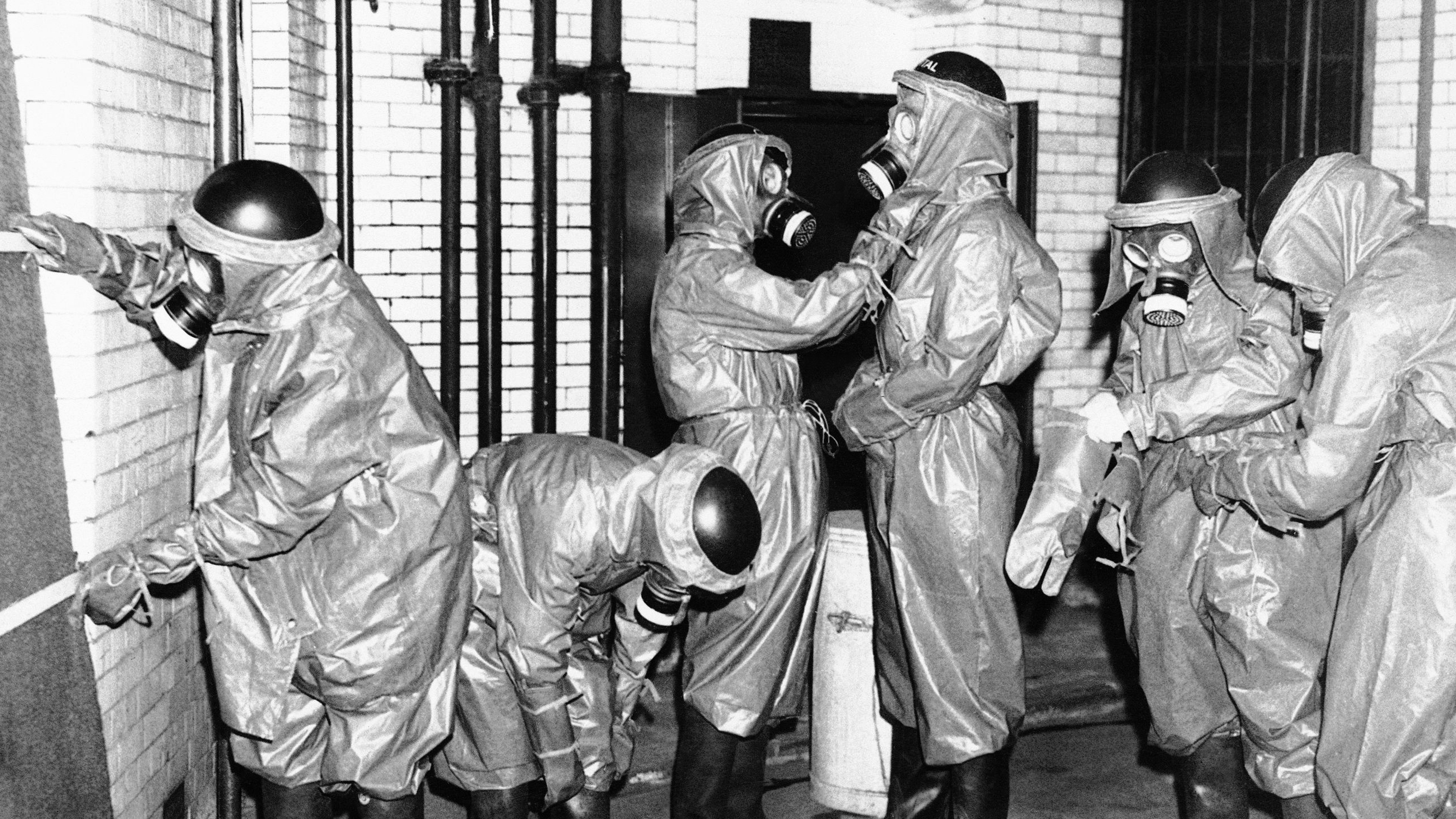 Staff of Charing Cross Hospital in London wear anti-gas uniforms and gas masks for a gas attack drill at the hospital on 16 March, 1941. /AP

Staff of Charing Cross Hospital in London wear anti-gas uniforms and gas masks for a gas attack drill at the hospital on 16 March, 1941. /AP

The limits of the war metaphor

"The war metaphor can do particular things that might be helpful at certain points in a crisis," says Veronika Koller, a linguistics expert at Lancaster University. "So, especially at the beginning, war metaphors can help to convey to people that the situation is urgent and it's critical and serious and that people need to do something, and also to foster resilience in them and some sense of solidarity."

Everyone knows what a war is, and the metaphor works to make people understand the gravity of the situation.

"The problem is that it doesn't work for everybody," says Koller. "It often also assumes a national effort, when perhaps a pandemic is obviously international or global. It may also raise anxiety, especially in people who are prone to anxiety or are traumatized in any way at all. So it does have its drawbacks as well." 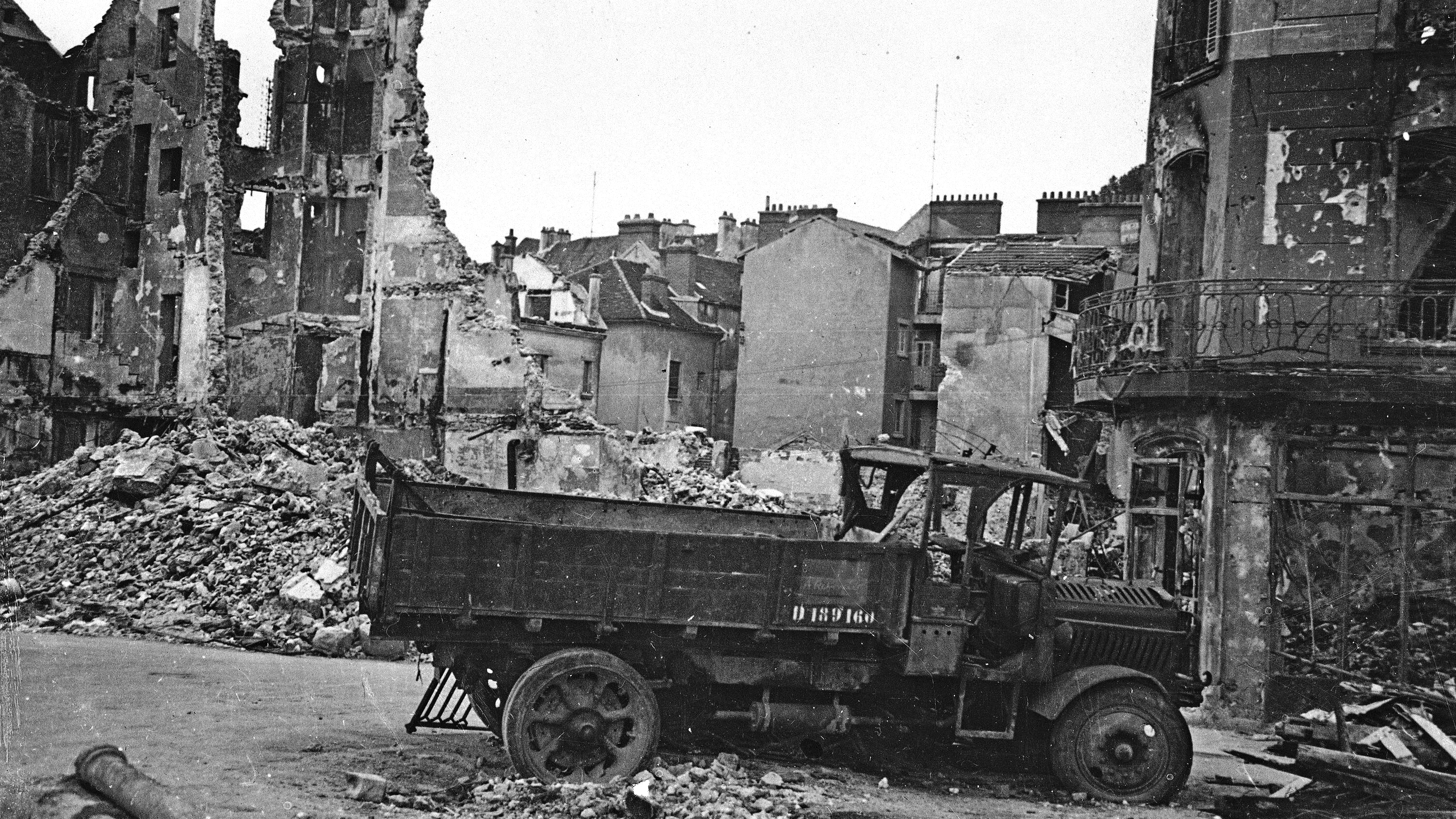 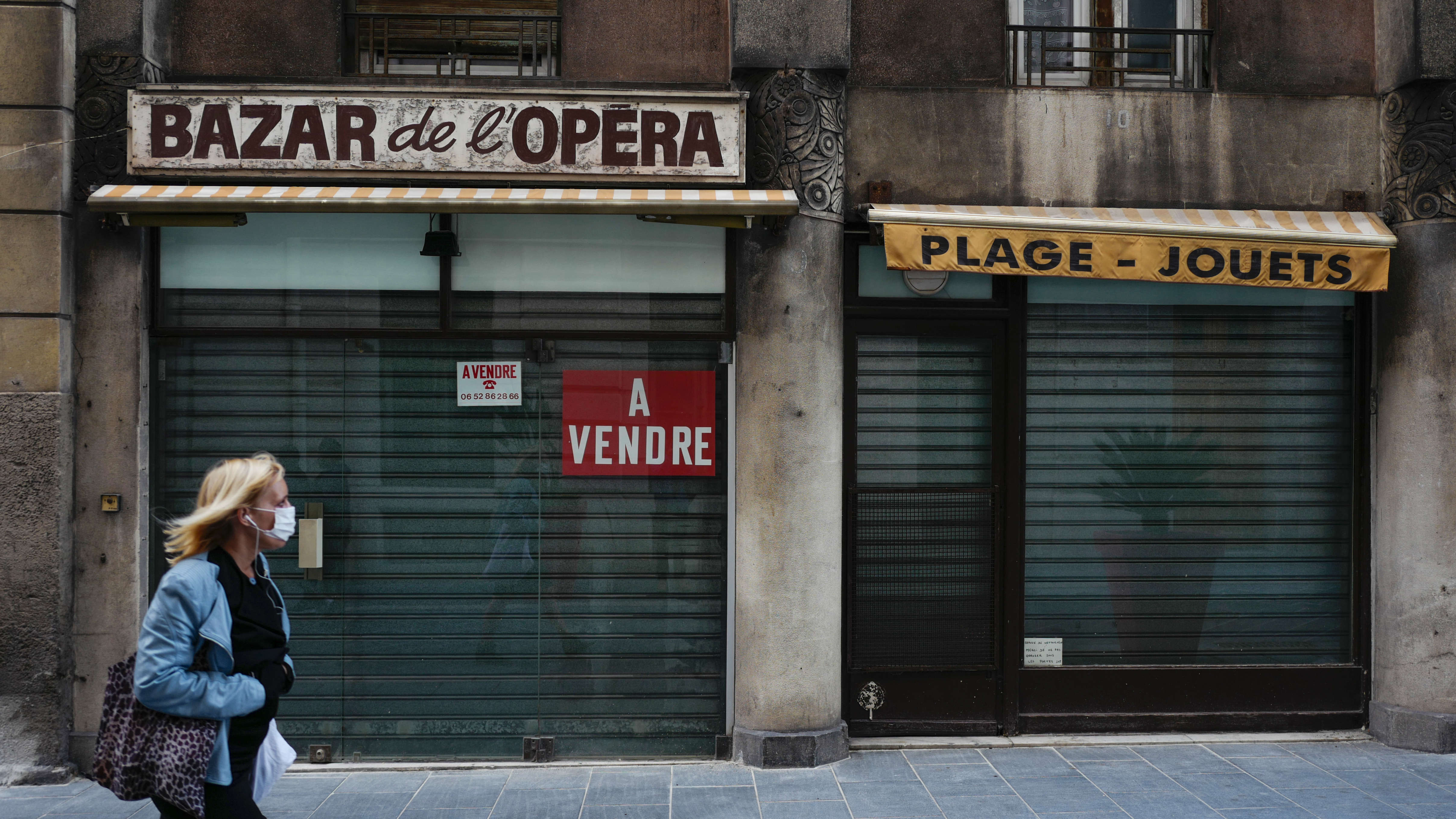 A woman walks past shops closed for the coronavirus lockdown in southern France, April 2020. /VALERY HACHE/AFP

A woman walks past shops closed for the coronavirus lockdown in southern France, April 2020. /VALERY HACHE/AFP

The danger is that the war language simplifies a very complex situation, and encourages extreme, irrational actions such as stockpiling and panic buying.

Some world leaders and experts have been using other metaphors. The Danish Queen referred to the virus as "a dangerous guest in our homes."

Koller, together with other colleagues, is advocating for finding alternative metaphors to describe the current pandemic. "We have this #ReframeCovid collection, we now have over three hundred metaphors from twenty three languages that we've collected, all of which are alternatives to the war metaphor,' she says.

Adding: "We find a lot of sport, especially in football-crazy countries like Italy and Argentina. But what we see now, because the pandemic and indeed the lockdown is carrying on, is perhaps a slight shift towards more journey metaphors and things like, you know, 'we're coming out of a long tunnel,' I believe Boris Johnson used a few days ago.

"And also in various countries and languages, you find people saying, 'this is not a sprint, it's a marathon,' so as to make people endure these conditions over a long time."

Lessons to apply to the coronavirus recovery

What the current pandemic and World War II undeniably have in common is that they're both situations of crisis and, as such, they ask for radical change – this is a clear lesson in history.

"I think one of the things that's been really, really clear is the extent to which really we've had, certainly in Western Europe over the last 30 or 40 years, an ideology which wants to roll back the state and emphasize the importance of individualism," says Sussex University's Evans.

"There is no such thing as society. There are many individuals and individuals who look out for themselves. And what I think could arise from this global health crisis that people will want to push back on that. I think there will be a much greater belief in the role of the state and the fact that the state has a duty to protect citizens both in terms of health and employment.

"I think the other thing is in terms of global politics: America has utterly failed to produce any kind of leadership. And I really wonder whether this will be a pivotal moment when we see the emergence of a real global shift in power."

Evans emphasizes that winning the war against Nazism in 1945 didn't equal winning peace and prosperity for Europe in the immediate aftermath of the war. "Things didn't dramatically improve immediately for people, in fact there was a continuation of dislocation and chaos. It lasted for two or three years, so then it became a kind of big challenge about about rebuilding Europe."

Rebuilding Europe from the destruction of World War II called for integration and solidarity among European countries.

"I really wonder if out of this, we're going to see a kind of resurgence of the European Union, because ultimately the only way the virus is going to be overcome is through global cooperation," says Evans.

Bocconi University's Vonyo says it's tempting for historians to try to predict the future, but it's an impossible task. "We still know little about this crisis, most notably how long it will last and how bad it will get," he says.

"Any prediction about the economic consequences would depend on two other unknowns: how the major economies will finance their recovery, and how stable our political institutions will remain. The majority of the population in Western democracies rallied behind their governments in a collective effort to suppress the virus. But, does it mean they won't ask hard questions from their leaders once it's all over? And if these leaders cannot provide satisfactory answers, how will the people respond? History could offer very different, but equally plausible outcomes."

Read the epic survival story of a Chinese sailor hailed as a World War II hero in the UK.