Why sustainable fashion is so this year
Katherine Berjikian 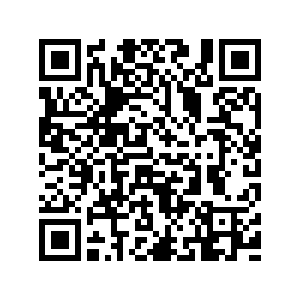 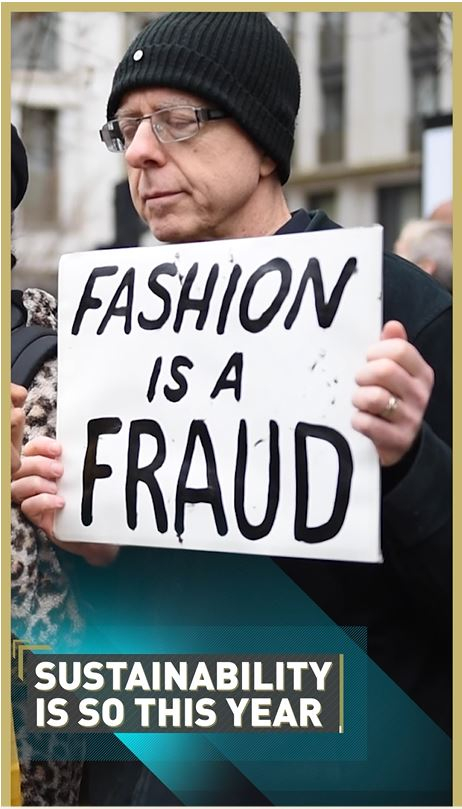 The theme of this season's London Fashion Week was sustainability. Everyone was talking about it from the designers showcasing their clothes to the extinction rebellion activists trying to shut down the event, and for good reason.

The fashion industry is not good for the environment. Currently, the industry is the second largest water polluter in the world, second to the oil industry, and produces more carbon emissions than international flights and shipping combined.

The industry as a whole is aware of these problems, but what divides them from the activists outside their shows is that the industry wants to change the way they produce clothing and the activists what them to slow down or stop their production altogether. 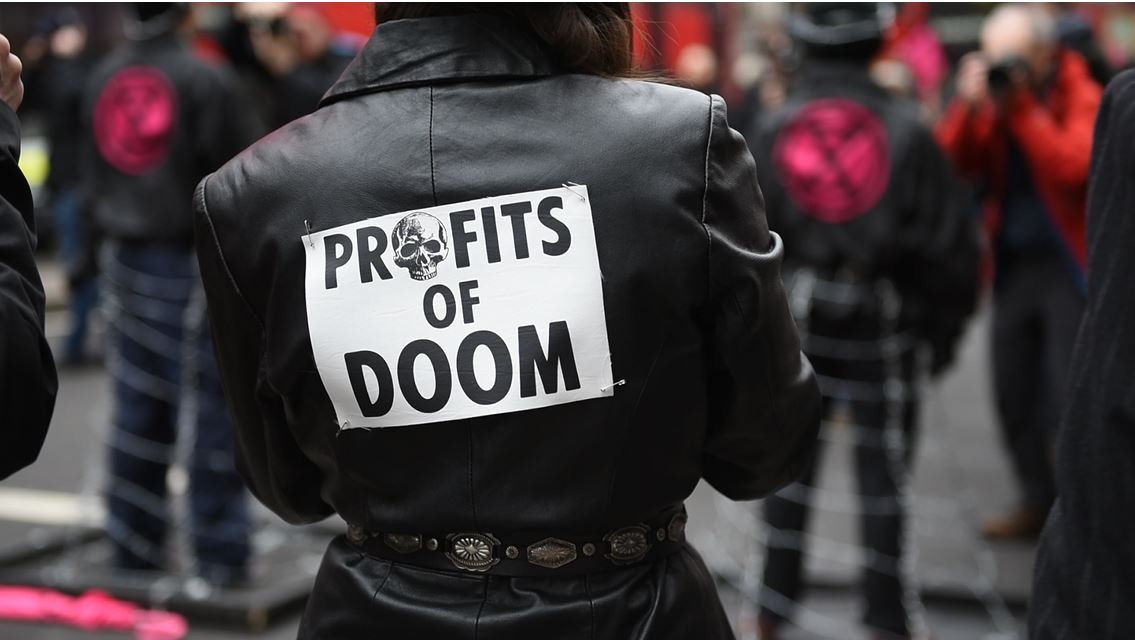 The chairman of the British Fashion Council (BFC), Stephanie Phair, said that the biggest thing that they could do for sustainable fashion is showcase the work of designers who are incorporating it into their brands.

Yen Wong, a recent graduate, won a grant to show her collection at fashion week. She said that sustainability has become a broad term, but that she defined it as a form of craftsmanship and extending the life of garments.

"I think in my sense on my practice, sustainability comes from craftsmanship and the idea of longevity or the idea of repurposing something and making it new," she said.

"For my woven textiles, I work with a lot of found objects, things you don't necessarily use to weave and technically aren't supposed to be woven with and giving it a new life."

Helen Kirkum, another young designer, uses upcycled materials to produce her sneaker line. She added that sustainability is a complicated topic, but that people don't have to stop buying clothes to be more sustainable.

She added: "I think sustainability is such a layered issue that affects all of us, and it's really important to recognize that anyone that is trying to do something is positive, as long as it's not misleading consumers, then I think it's worth it to spread that message."

"For me, not everyone can buy into my sneakers, but if I encourage people to look at their shoes and think  'I'm going to wear those a bit longer,' then that's also a success for me." 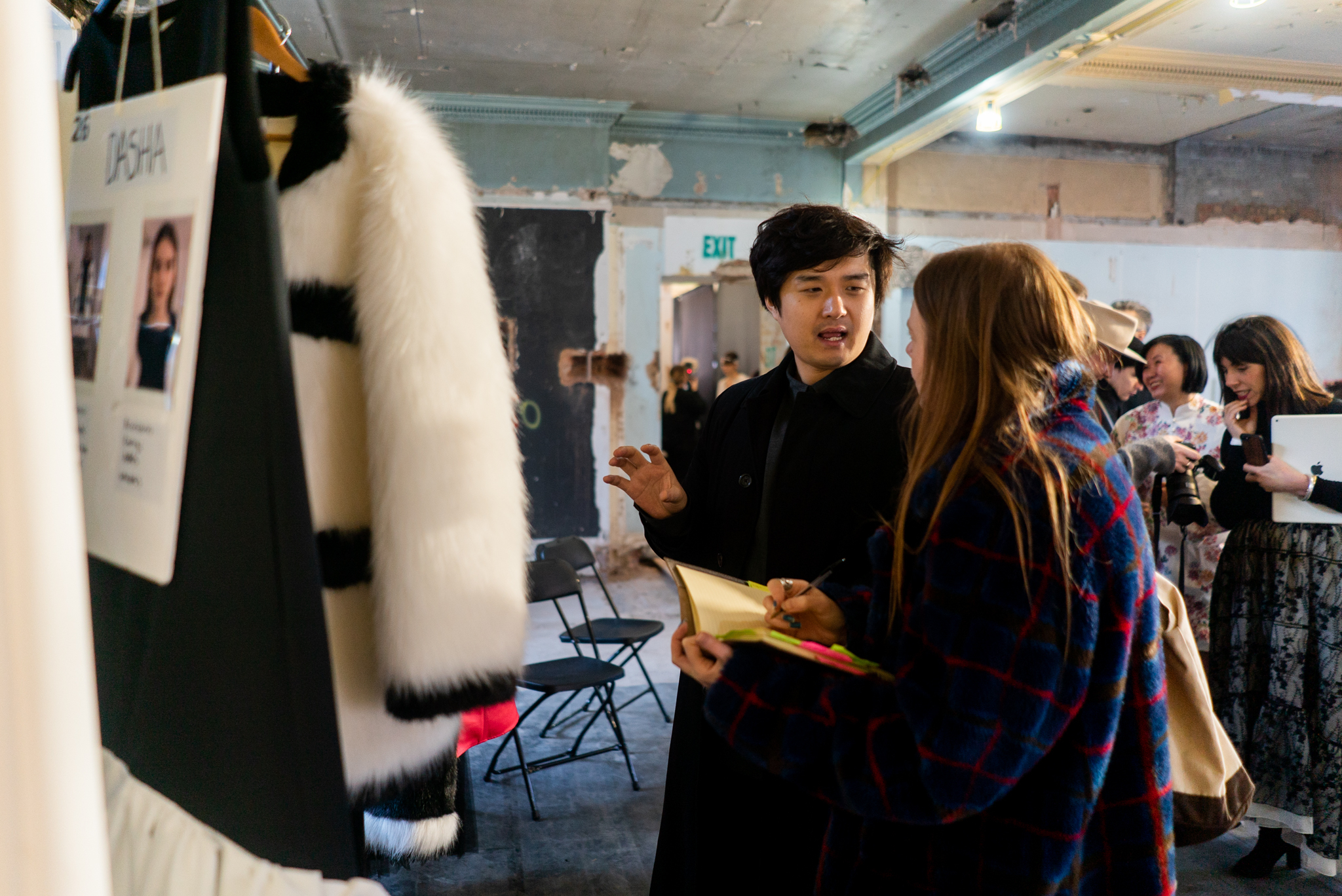 Should the industry do more?

For some, what the BFC and the wider industry have done is not enough. That is why extinction rebellion protested the event this season, escalating their action from September when they staged a die-in and funeral march.

"At least in [the United Kingdom] the awareness of the fashion industry increased, in politics, among the people. But this doesn't translate into change or action," Lorenzo Vecoti, an activist, said.

"It's a change in awareness, which is a good first step, but we need to do much more than that." He added that sustainable fashion is stopping or slowing down the production of clothes, not producing more clothes with better materials for the environment.

"Sustainable fashion in my view means not having to buy new clothes over and over for every single season of the year. And sustainable fashion means not buying unnecessary stuff, and this for a whole industry means transforming it radically for recycling.

"That's what I consider sustainable fashion. Not having a bamboo zip."

Aja Barber, a sustainable fashion influencer and writer, also said that the fashion industry has just acknowledged that there is a problem and has not taken real step to change that. But she added that on an individual level: "I don't blame people for participating in fast fashion because we all did.

"It's one of those things where I think that people can get very defensive. But at this point, we all have to recognize we've been a part of the problem…Now we just have to take the conversation to the next level and figure out what a truly ethical and sustainable future should look like."