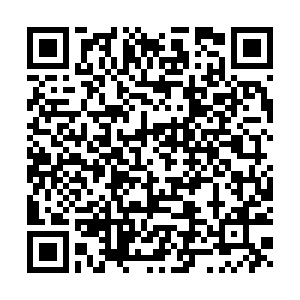 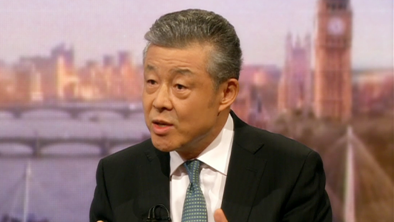 Liu Xiaoming, China's ambassador to the UK, paid tribute to the doctor who was one of the first to raise the alarm over the novel coronavirus before it became an epidemic, infecting thousands of people in the country and spreading overseas.

"He will be remembered as a hero. He will be remembered for his bravery and contribution to the fight of this disease," Liu said in an interview to the BBC hailing the Chinese doctor, Li Wenliang, who died on Friday in the city of Wuhan after he fell victim to the virus.

The ambassador said the National Supervisory Commission had sent a special team to Wuhan, the capital of Hubei Province and the epicenter of the outbreak, to investigate the sequence of events following the ophthalmologist's warning about a new mysterious virus.

In a tweet, Liu also expressed his admiration for the millions of Chinese medical professionals "who are making huge sacrifices to save lives at the forefront of the battle against coronavirus."

With the people of China united behind the government and with the broad support of the international community, Liu believed "there is no reason to panic," as the current fatality rate is 2 percent, much lower than the Ebola which is 40 percent, even lower than SARS which is 10 percent and lower than H1N1 of 2009 which is 17 percent.

China is seizing every minute to battle the virus, as a total of 40,171 cases of the novel coronavirus were confirmed on the Chinese mainland as of midnight on Sunday, with 908 deaths, according to China's National Health Commission (NHC).

When asked to react to UK's opposition to Huawei's role in its 5G market,  the ambassador told the BBC: "They are totally wrong, I think what they are doing is a kind of a witch-hunt."

"Huawei is a private-owned company, nothing to do with the Chinese government and the only problem they have is they are a Chinese company." 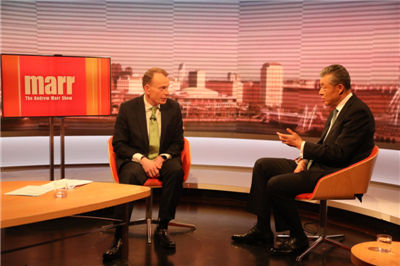 Last month, British Prime Minister Boris Johnson approved the Chinese telecoms giant's participation in the country's 5G network but said that "high-risk vendors" would be denied access to the "core" of the system and would have a 35 percent cap on their involvement in the non-sensitive parts.

The UK's nod to Huawei came despite warnings from Washington, which wanted London to impose a blanket ban on Huawei, claiming that the company's equipment could be used to steal Western secrets.

"I always say Great Britain can only be great when it has its own independent foreign policy," Liu noted.

While he also added that although Beijing was pleased with the UK's decision, it was not "100 percent satisfied" because the 35 percent cap "does not show your principle of a free economy, free competition."