How viruses are named: The novel coronavirus is now Covid-19
By Nilay Syam

The history of human diseases is replete with instances of fractious debates over the identification of emerging pathogens (Credit: AFP)

The history of human diseases is replete with instances of fractious debates over the identification of emerging pathogens (Credit: AFP)

The recent global outbreak of the novel coronavirus - now officially titled Covid-19 by the World Health Organization - has re-ignited interest in how viruses are named and classified.

The history of human diseases is replete with instances of fractious debates over the identification of emerging pathogens.

Before the introduction of a proper classification system, viruses were named haphazardly - for instance, by the diseases they caused, the affected sites in the body, or the scientists who claimed to have discovered them.

The naming of lethal pathogens can be a fraught process. From the Spanish flu of 1918 and the Rift Valley Fever to the more recent swine flu, bird flu and Ebola, the tendency to link diseases to geographical locations, peoples, occupations, food or animals has led to confusion, fear and sometimes to the stigmatization of communities.

The advent of the electron microscope in the 1960s made actual classification possible. Viruses are now mainly identified by phenotypic characteristics - morphology, nucleic acid type, mode of replication, host organisms and the type of disease they trigger.

A formal taxonomic classification of viruses is done by the International Committee on Taxonomy of Viruses. The Baltimore system can also be used to categorize viruses in seven groups, mainly on the manner of their mRNA synthesis. Developed by David Baltimore, it places viruses into families, depending on their genome – RNA, DNA, single or double-stranded – and the method of replication.

As for the actual naming of the new coronavirus – previously unmemorably identified as 2019-nCoV – it had to follow certain rules and restrictions on what it could and couldn't be called.

Here, CGTN's Phil Lavelle elaborates on five generic guidelines that play a role in the naming of a virus. 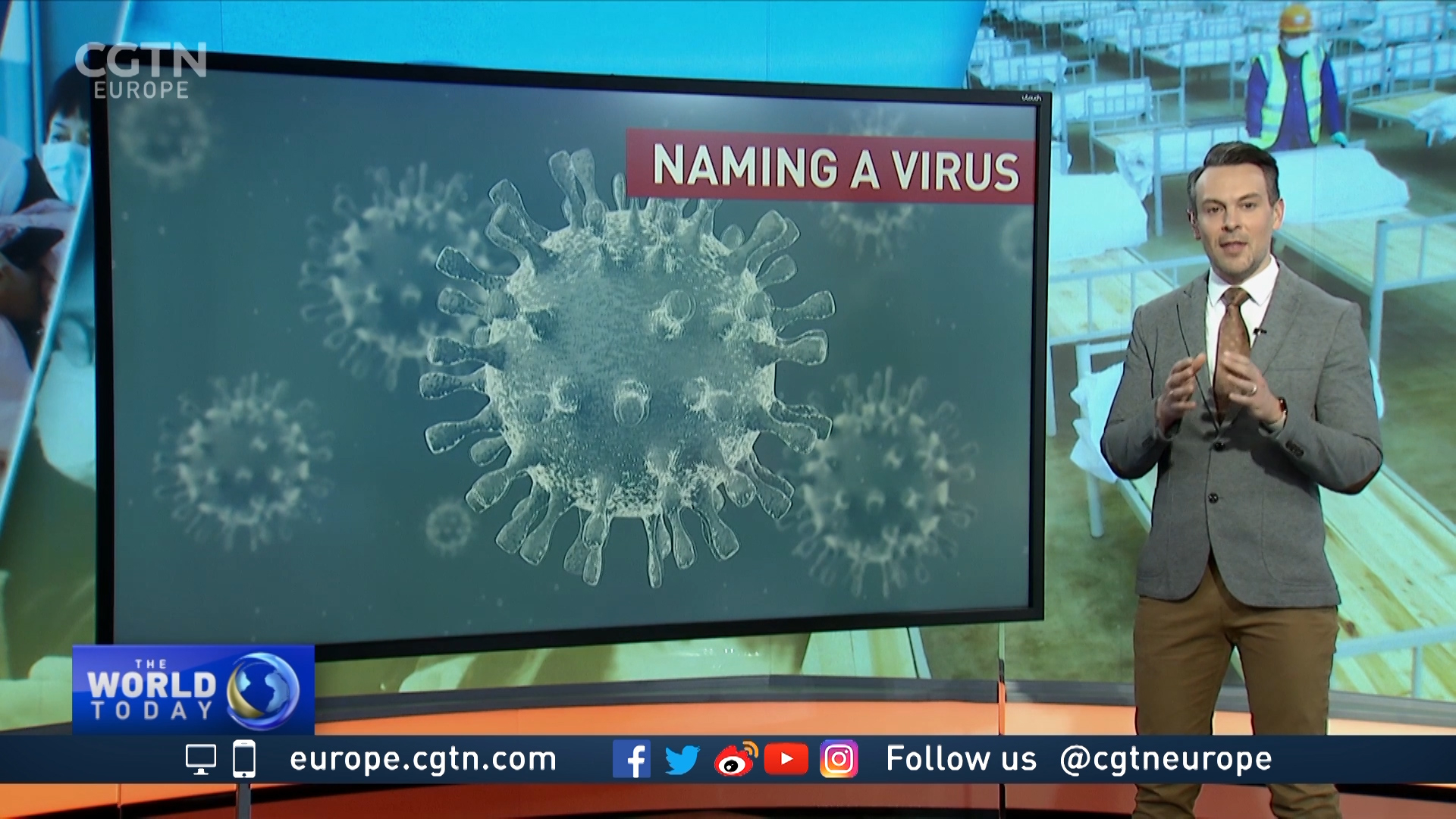 The name given to a virus has to be distinctive. It's going to be used in everything from medical documents to headlines. People need to see the word and know exactly what it is. In that vein, one word or an acronym tends to work best.

Smaller names are better here. The word has to be translated and moved across languages. Using something like AIDS or SARS works well because it is a series of letters that stand for something, rather than a word. If the word 'virus' forms part of the name, that in itself can need translating and it can be confusing having it called different things in different languages.

Linked to a place: NO

This is a big no-no because it can lead to fear of people. For example, MERS caused panic against Middle Eastern individuals because it led to the presumption that people from that region could be carriers. Similarly, there were fears that calling this strain of the coronavirus 'Chinese flu' could have encouraged sinophobia.

Linked to an animal: NO

Similarly, linking the illness to the animal from which it may have come can cause fear of those beings. Swine flu came from pigs originally but it passed into humans. Nevertheless, it led to Egypt slaughtering all of its pigs.

It has to stand out. Calling this illness 'the coronavirus' is nonsensical because coronavirus is actually the name of a series of viruses. It's a type or category; this strain needs its own name to fully identify it. Now we know what that is: Covid-19.