Brexit: What changes for the UK and the EU from 1 February?
By Alex Hunt 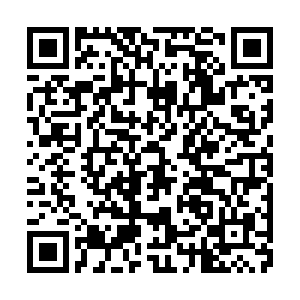 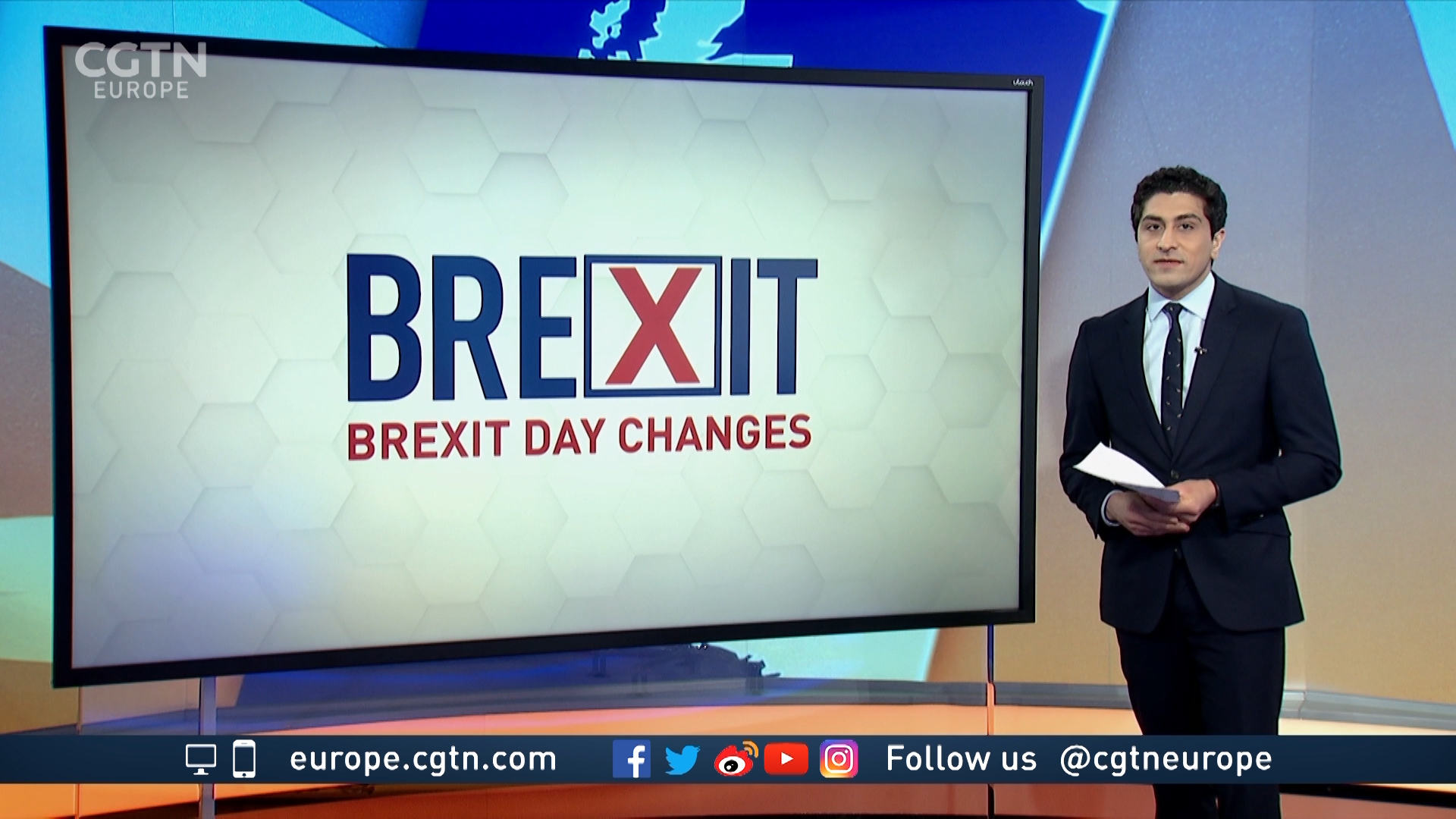 CGTN Europe's Nawied Jabarkhyl gives an overview of the situation

The UK's membership of the European Union officially ended at 23:00 GMT on 31 January 2020. But there is a transition period until the end of the year, during which not much will change.

Although the UK will no longer be a European Union member, life will continue for most people as if it were – at least until the transition period ends on 31 December.

The UK loses its representation and its voting rights in European institutions and the British members lose their seats in the European Parliament. This means that the best known British campaigner for Brexit, Nigel Farage, is losing his role as an elected representative in the EU after nearly 21 years.

While he was celebrating Brexit, the general mood in the European Parliament was more somber: 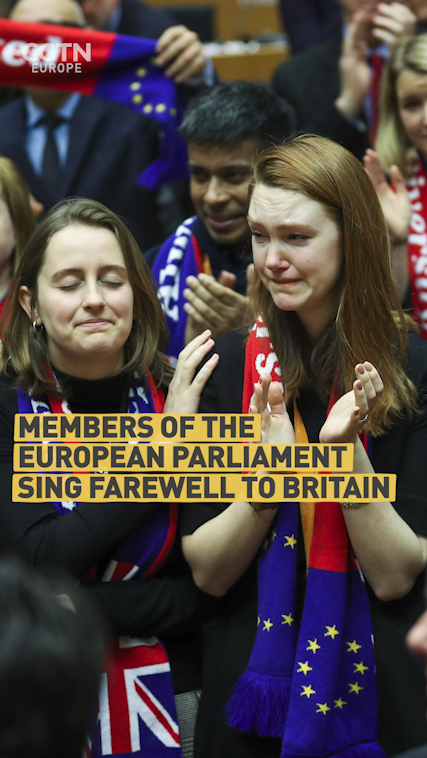 For anyone who is going to miss the flags, here they are together: 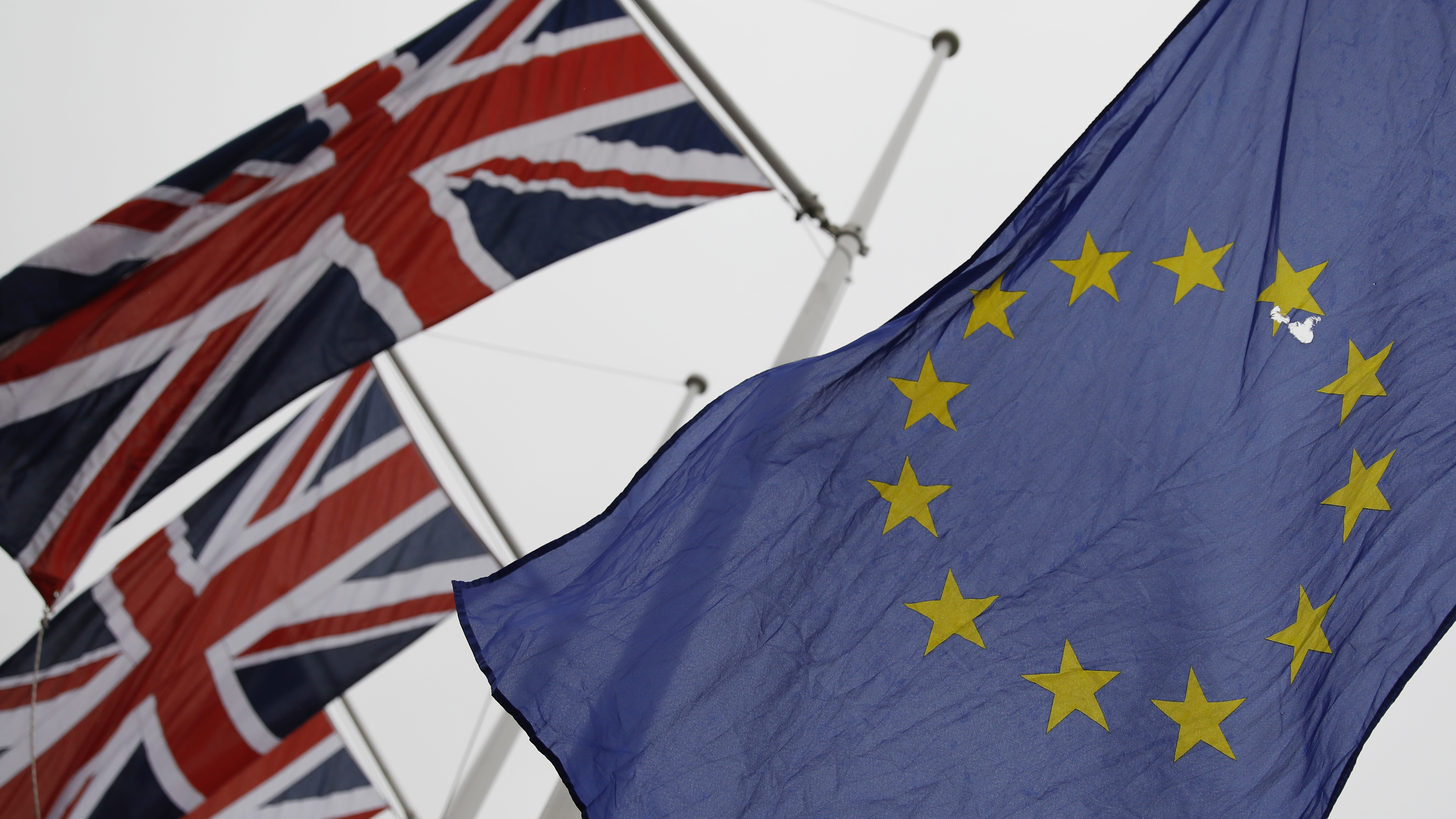 The UK can finally, officially, start formal negotiations about trade deals with other countries from 1 February. If speedy trade deals are negotiated, they can still only come into force when the transition period ends at the end of 2020.

The talks since the 2016 referendum were all about agreeing the terms of the exit, rather than looking at the future relationship.

There will also be a new look for British passports issued in future – they will be changing from the burgundy ones to a dark blue look (the words European Union will no longer be on their front).

What is staying the same (for now)?

British and EU citizens will continue to have the right to live and work in each other's countries, as now, while the transition period is in place. The UK government says nothing will change for EU citizens in the UK until 30 June 2021.

EU citizens in the UK have until June 2021 to apply for settled status, or pre-settled status if they have been in the UK for less than five years, to secure the long-term right to continue working and living in the UK after that date.

If you are heading across the Channel this weekend, perhaps an England rugby fan heading to Paris, you should not notice any changes. The transition period means flights, ferries and the tunnel trains will operate as usual, as will border controls. 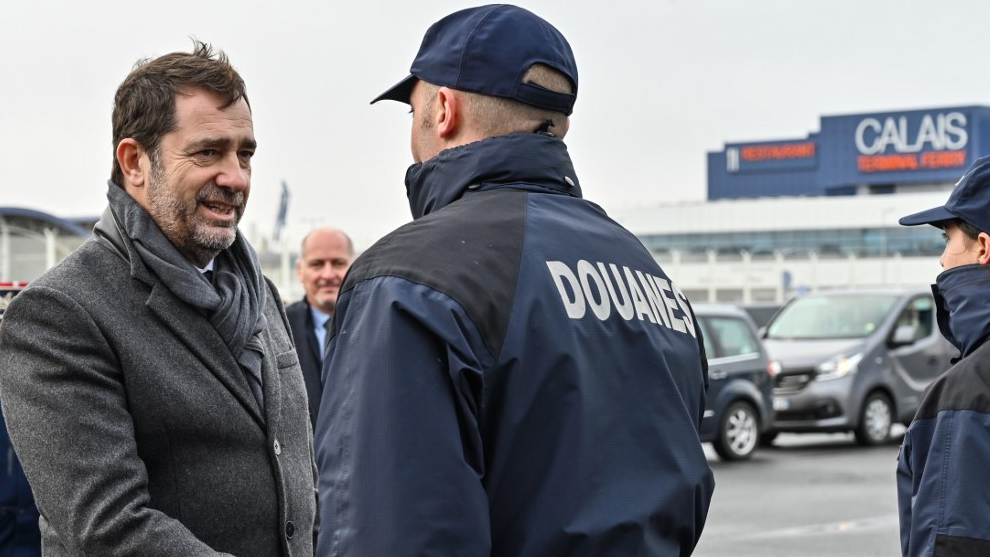 On the financial front, aside from a newly minted 50 pence coin and a special Austrian Brexit stamp, money and trade will continue as before. The UK will keep paying into the EU budget during the transition period.

The moment the clocks in the UK struck 23:00 on the evening of Friday 31 January – or midnight in the EU – was the historic moment when the UK left the bloc after 47 years.

It is the first time a country has left the EU and is a move that continues to split a country that voted by 52 percent to 48 percent to leave in a referendum in June 2016.

So even if nothing much changes immediately in day-to-day life, things will feel different for people – whether they wanted Brexit to happen, or not.

Links for more coverage on the background to Brexit 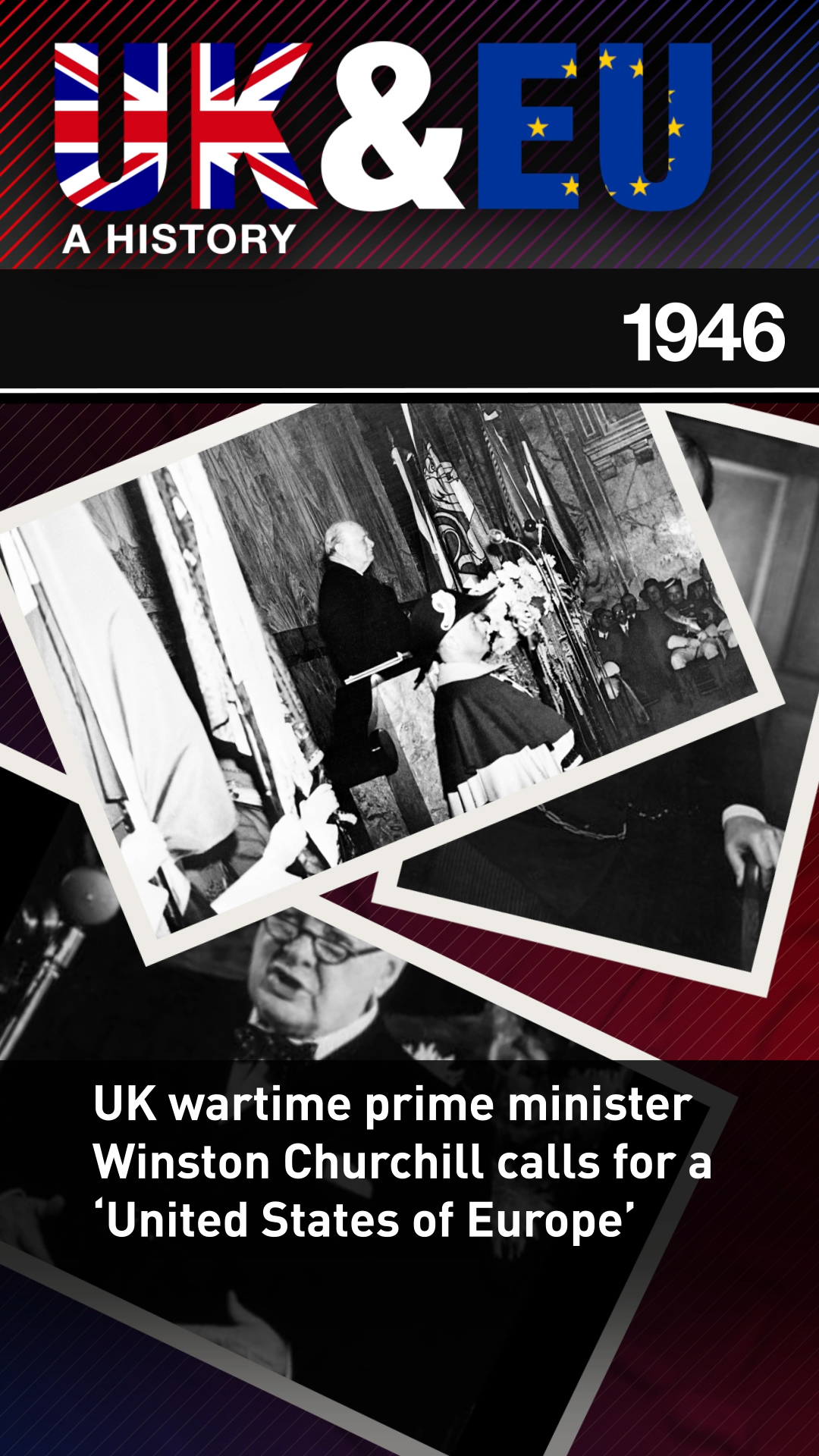 The long road to Brexit

How will Brexit affect China and the yuan?

What about Scotland after Brexit?

Economist Minford on the positives of Brexit