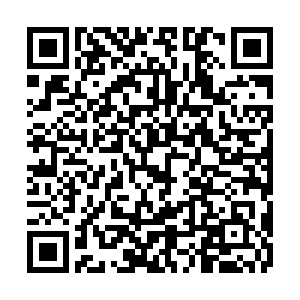 Greece's new asylum law, which allows the country to detain refugees in closed camps came into effect on 1 January.

It is part of a move by the Greek government to close refugee camps on islands and transfer people to the mainland.

Over the past two months, the country's government has been transferring hundreds of refugees and migrants from the islands to the mainland via Athens. The most vulnerable are being sent first including families, children and babies.

And they all agree the conditions on island camps such as Samos and Lesbos are unbearable.

Mohammad Hosseini, 24, from Afghanistan, said: "I was waiting about five months to visit a doctor. And we also were waiting a long time for water and breakfast, maybe two or three hours."

The Samos island camp was built to accommodate around 600 people. But last year numbers exploded – there were close to 6,000 refugees on the island. Without enough tents, food, toilets and showers, tension has been increasing.

In October, fighting broke out between Afghan and Pakistani migrants. People started burning tents. Hundreds of refugees lost their shelter and ended up sleeping on the streets.

The mayor of Samos had been warning that something like this would happen because the islands couldn't cope with the number of new arrivals.

The fires pushed the government to announce a new policy – of moving all refugees off the islands and into detention camps on the mainland.

But refugee groups have criticized the decision, saying it violates basic human rights because the camps will be closed ones and refugees won't be able to come and go as they please.

Meanwhile, around 70,000 new refugees and migrants arrived in Greece last year – about 13,000 of them from Syria.

Under its new asylum law, Greece wants to speed up the process to send failed asylum seekers back to Turkey. But Turkey is frustrated with the European Union and is threatening to open the floodgates to Europe and allow even more refugees to travel to Greece.

If that happens, mainland detention centers could end up just as crowded as the islands.

Europe's lost children: The ongoing problems for refugees in Greece

Salvation in Europe: a Greek myth for refugees