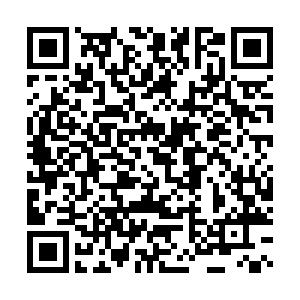 Boris Johnson has vowed to govern in the interest of all British people, after winning the biggest Conservative majority since the 1980s in the UK general election.

The party won 365 out of 650 seats in the House of Commons. The result allows the Conservatives to fulfill their campaign promise of delivering Brexit before the end of January 2020.

"As the nation hands us this historic mandate, we must rise to the challenge and to the level of expectations. And parliament must change so that we in parliament are working for you, the British people," Johnson said to jubilant Conservative activists. 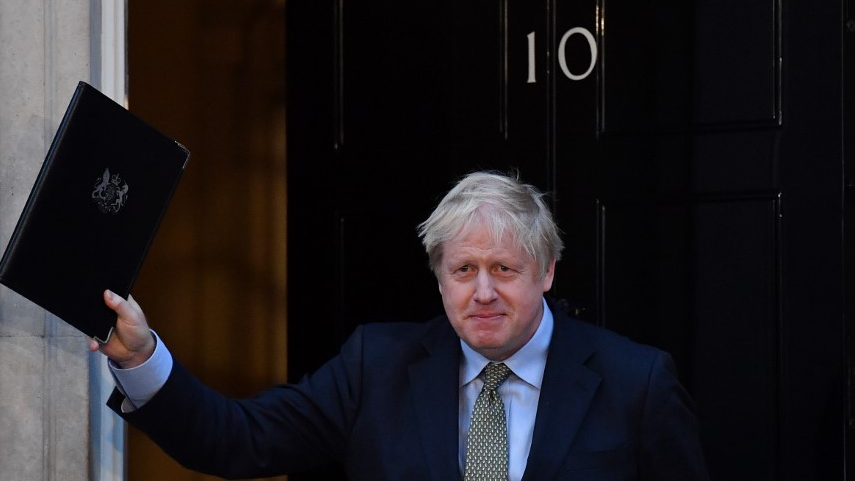 Speaking after he won his own Uxbridge and South Ruislip seat, Johnson said: "I think this will turn out to be a historic election that gives us now, in this new government, the chance to respect the democratic will of the British people." He added that his party had "a powerful new mandate to get Brexit done."

US President Donald Trump was one of the first to congratulate his British ally, saying it was "looking like a big win for Boris."

Reacting to the result, Michel Barnier, the EU's Brexit negotiator, said: "Now we have clarity." Adding: "The EU is ready to complete the ratification of the withdrawal agreement for an orderly Brexit." On whether or not a trade agreement can be agreed with the UK by the end of 2020, one of Johnson's more ambitious election pledges, Barnier confirmed that talks were ongoing.

On the currency markets the pound rose against the dollar after the exit poll predicted a clear Conservative win, with the pound up by 2.3 percent to $1.347, the biggest one-day jump since January 2017. 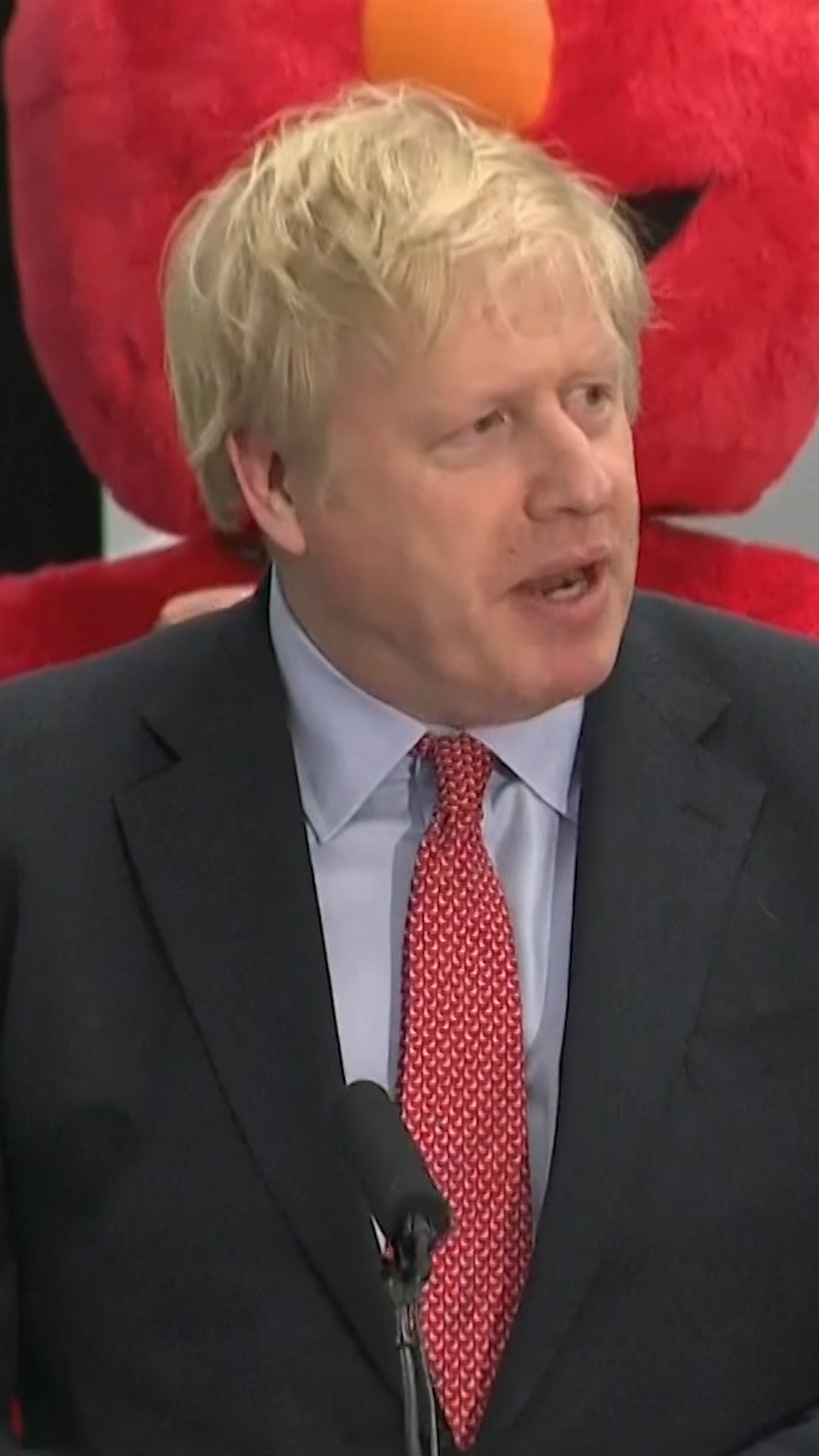 After their disappointing showing, Labour leader Jeremy Corbyn said he would not take the party into the next election, while Liberal Democrat leader Jo Swinson lost her seat in Scotland. She resigned as leader shortly afterwards, with the Liberal Democrats bitterly disappointed their anti-Brexit position didn't lead to more votes.

In her resignation speech on Friday, Swinson decried the "populism" she believed had taken hold of the country, adding that she was proud to be her party's first ever female leader. "One of the realities of smashing glass ceilings is that a lot of broken glass comes down on your head," the now former party leader said.

Labour ended up with 203 seats, the worst result for the party since 1935. Corbyn had offered voters a second referendum, large-scale public investment and the renationalizing of key sectors, including the railways, in what was seen as a clear shift to the left since Tony Blair's "New Labour" days.

Responding to the result, Corbyn said he was prepared to remain leader until the party chooses a successor next year. "I called for, last night, a period of reflection in the party and obviously the ruling body of the party, our National Executive, will decide what process we follow then for the election of a successor to me," he told reporters.

"I'm quite prepared and obviously elected to do so, to lead the party until that takes place," he added. 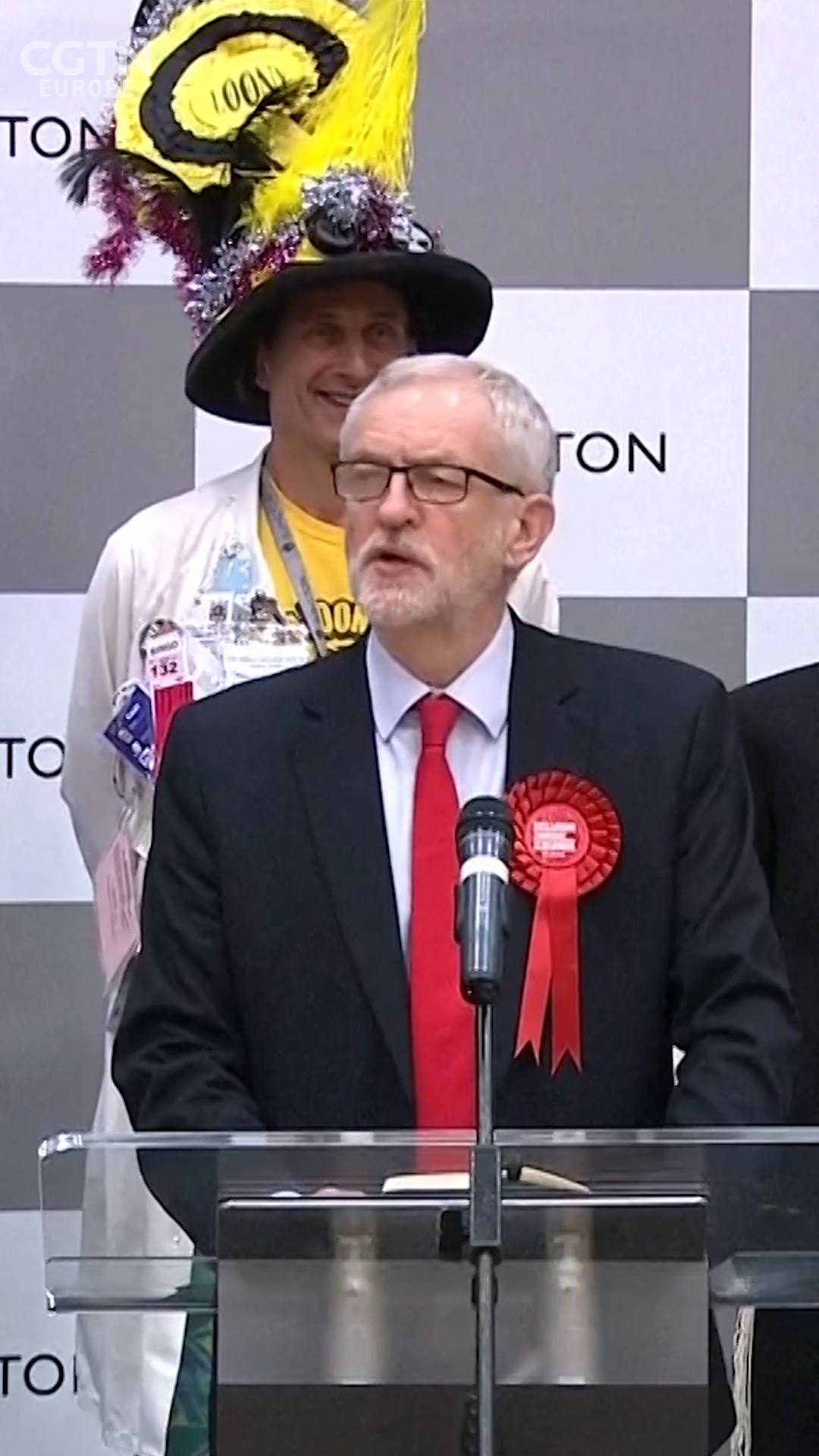 The Conservatives' majority is well beyond the number needed to pass legislation and large enough for the prime minister to be able to withstand any rebellions by small numbers of MPs at both ends of the party.

The majority means Johnson should be able to pass his long-awaited Brexit bill to take the UK out of the European Union, and get backing for his planned future trade relations with the EU after the UK leaves.

The result, the biggest win since Margaret Thatcher led the Conservatives in the 1980s, represents a huge success for the party – in particular, when compared with the 2017 election in which the party only claimed 318 seats. Boris Johnson says he has been given another mandate to get Brexit done (Credit: AFP)

Boris Johnson says he has been given another mandate to get Brexit done (Credit: AFP) 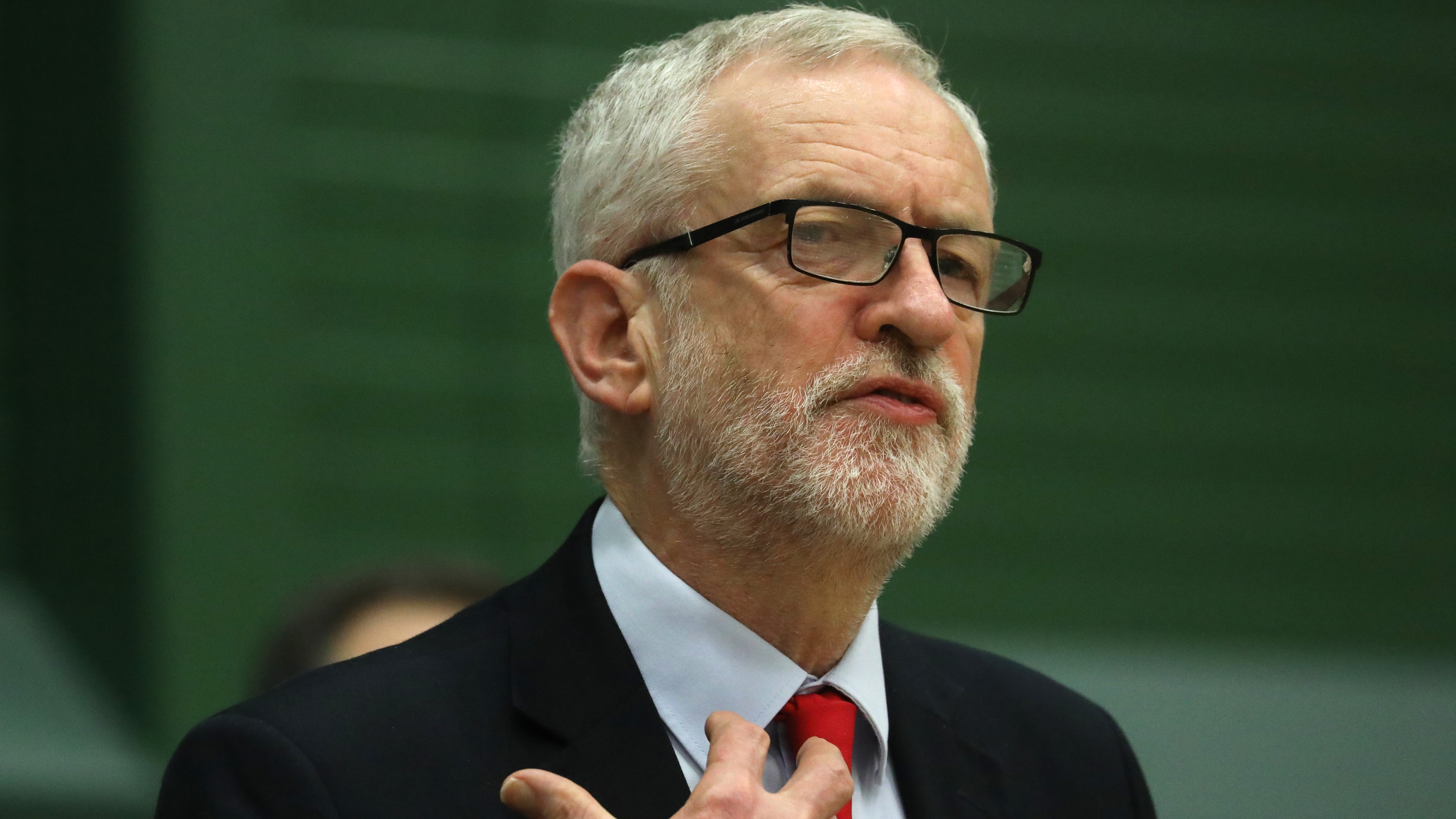 Jeremy Corbyn says he will not lead the party in any future campaign (Credit: AFP)

Jeremy Corbyn says he will not lead the party in any future campaign (Credit: AFP) 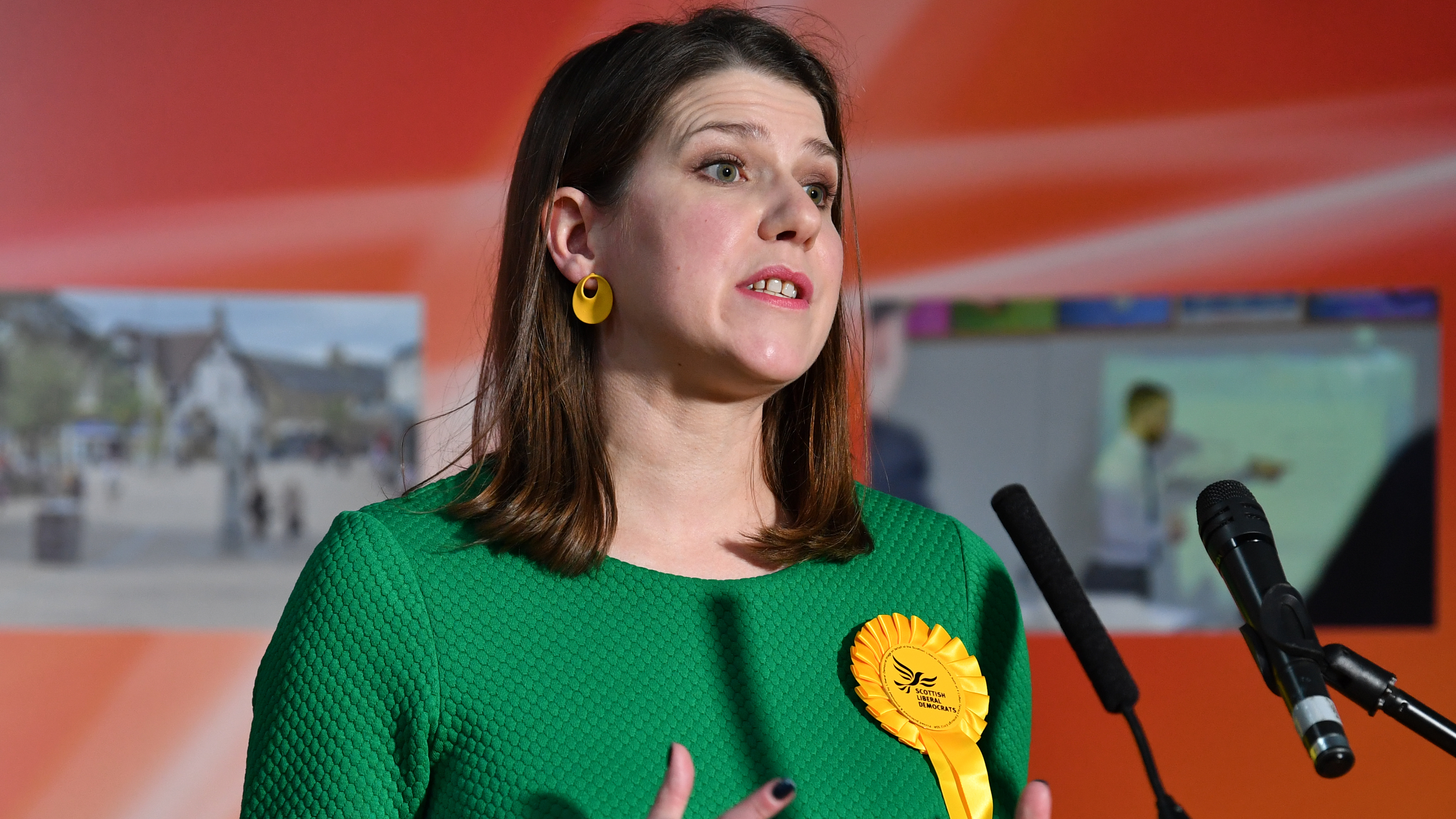 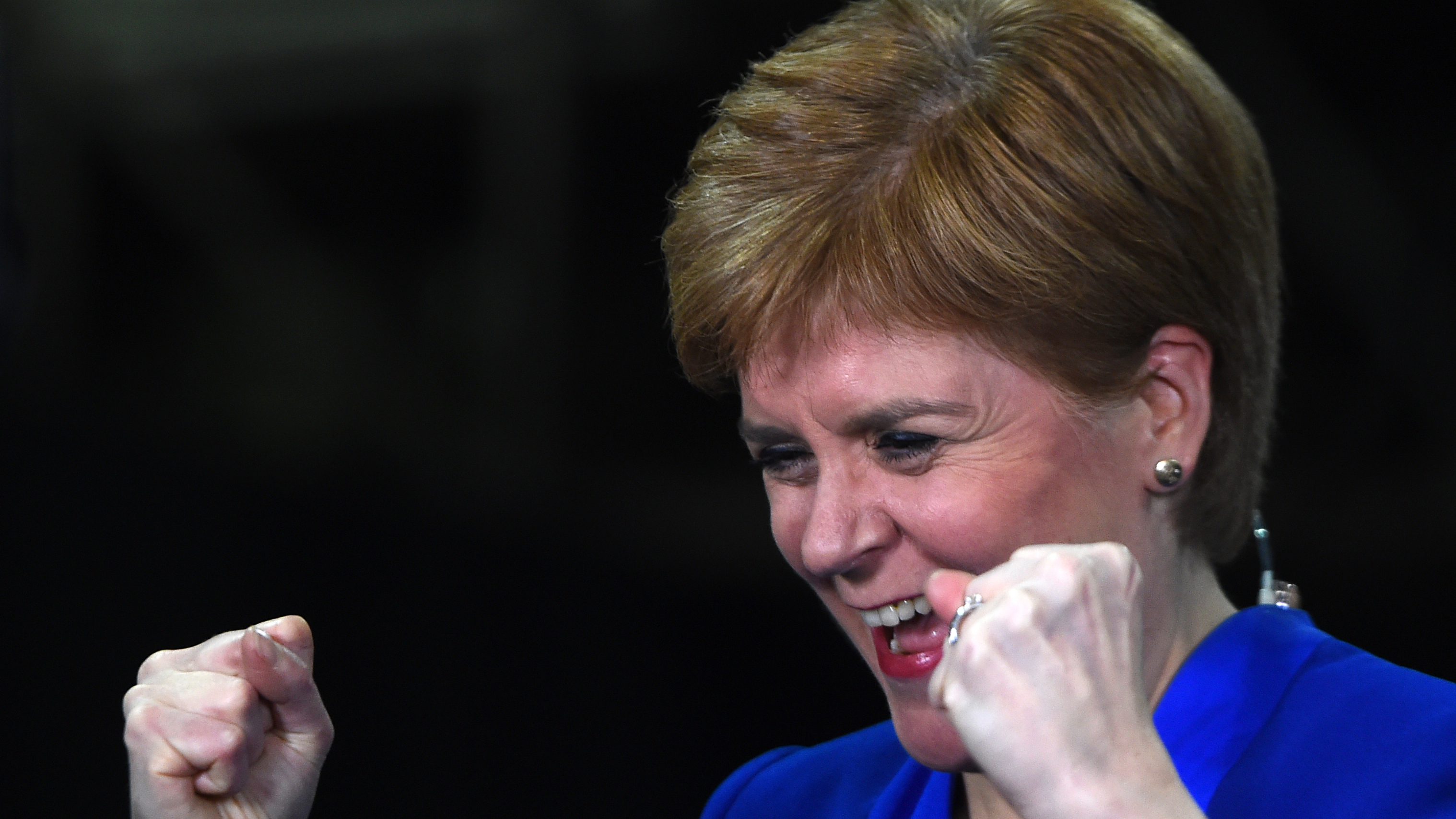 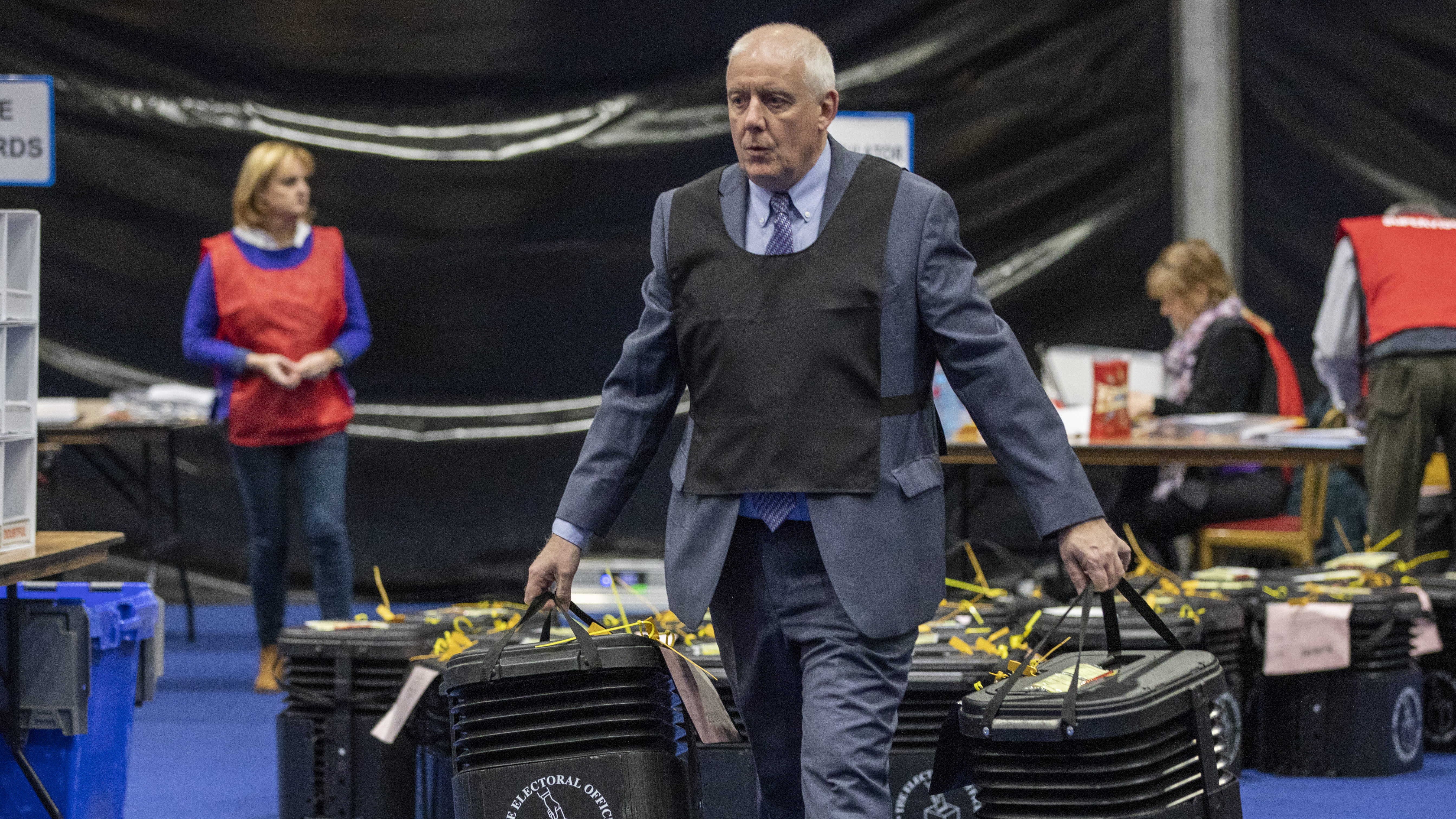 The first ballot boxes for Belfast North are brought into the count center in Belfast (Credit: AFP)

The first ballot boxes for Belfast North are brought into the count center in Belfast (Credit: AFP) 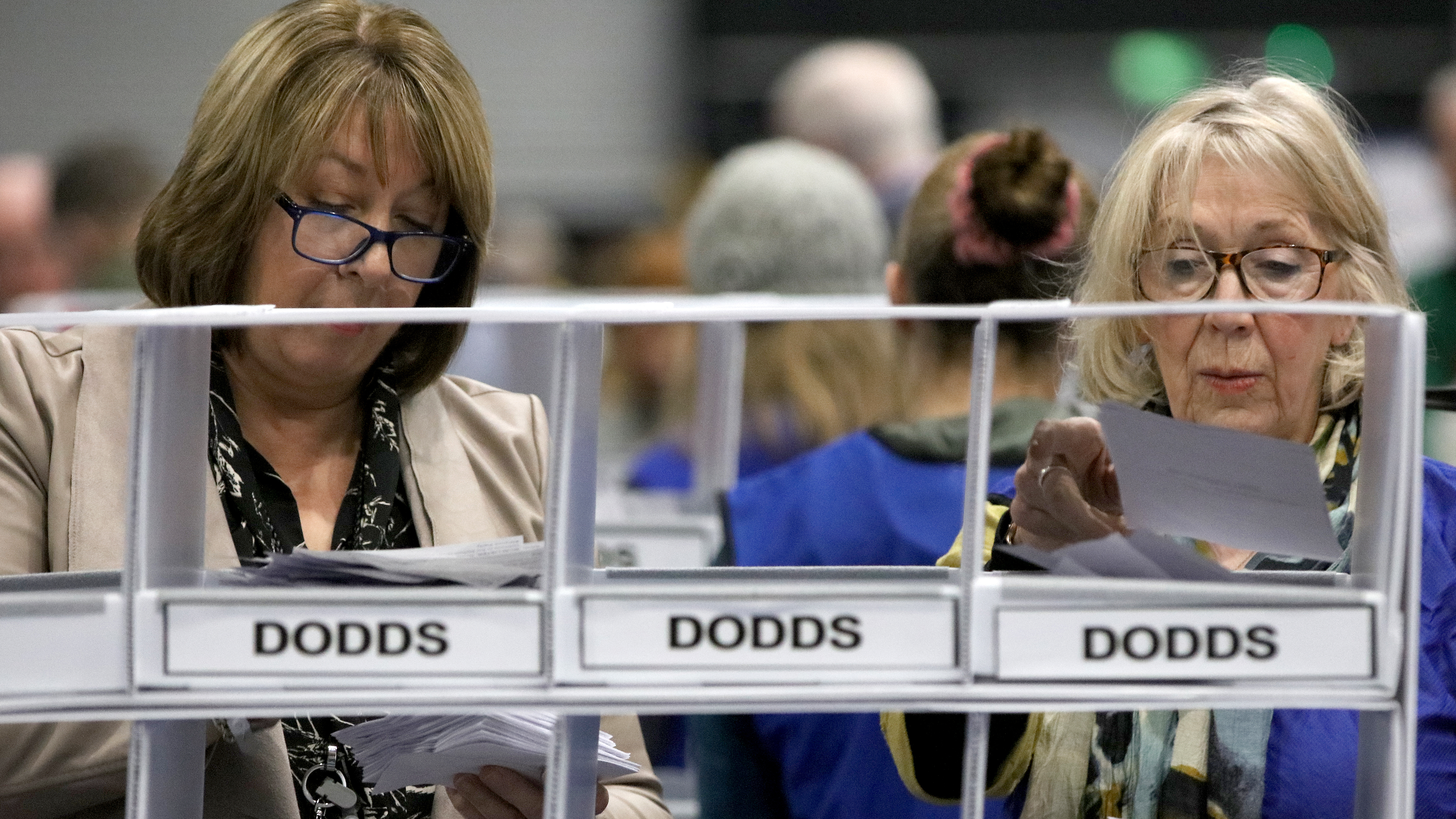 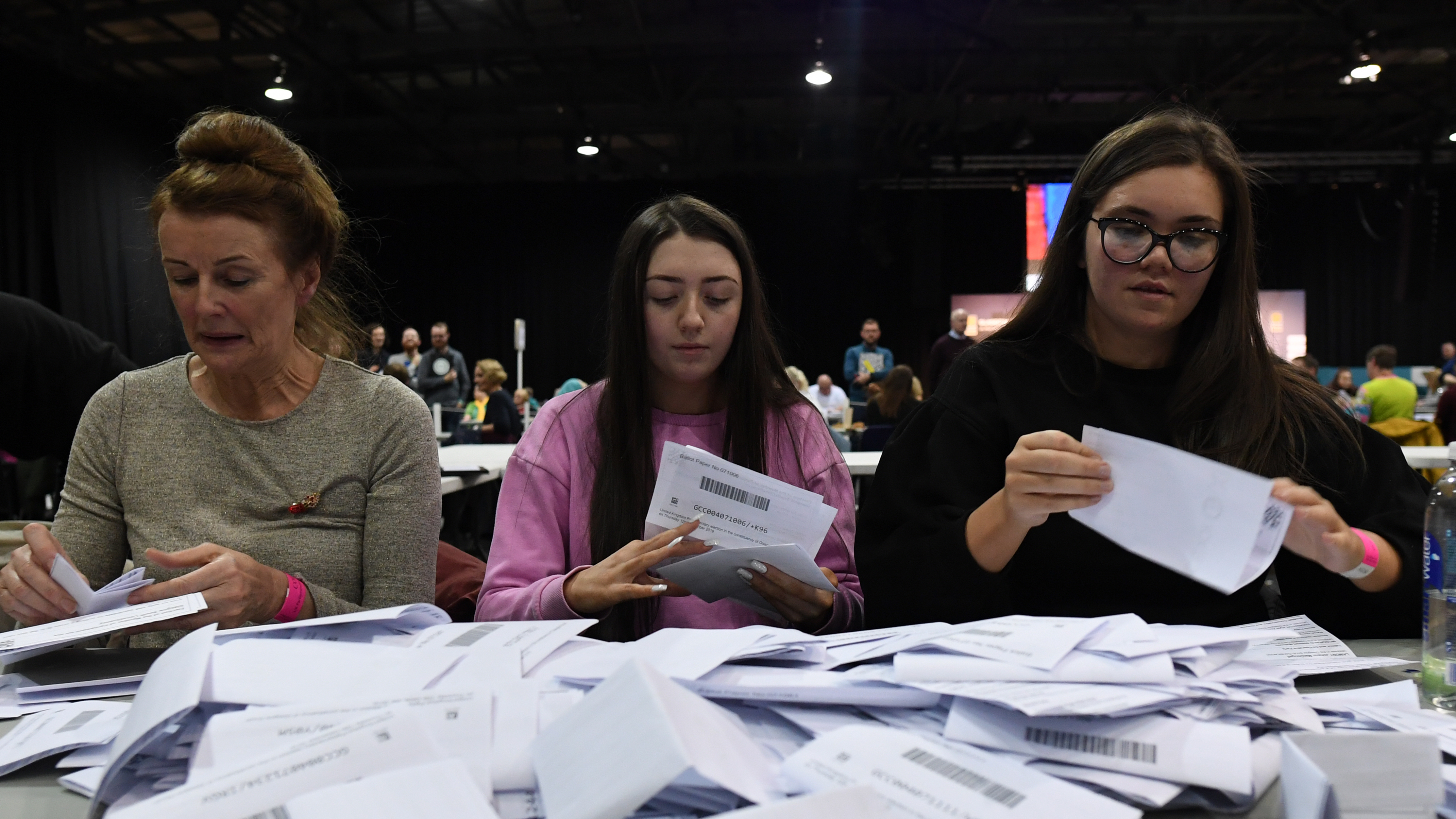 Despite Johnson's claims to the contrary, divisions within the UK were made apparent. In Scotland, Nicola Sturgeon's Scottish National Party won a landslide, claiming at least 48 of the country's 59 Westminster seats – 13 more than in 2017. One of the night's iconic images was Sturgeon celebrating the SNP's ousting of Liberal Democrat leader, Jo Swinson.

Emboldened by the results, Sturgeon demanded Johnson give Scotland powers to hold a second referendum on independence, a demand the Conservatives are expected to reject, with the party's Michael Gove insisting the result does not make an independence referendum "inevitable."

Across the Irish Sea, the Democratic Unionist Party suffered a tough night, losing two MPs including Nigel Dodds, its leader in Westminster. The party seemingly suffered for supporting a minority Conservative government in the previous parliament. The DUP and the Conservatives eventually fell out over Johnson's Brexit deal, which contained regulations for customs checks between Northern Ireland and Britain.

The UK usually holds elections every five years, but the snap poll was announced in October by Johnson after he failed to break the deadlock in parliament over his Brexit deal with the EU.

Johnson put Brexit at the heart of his campaign, repeating his mantra "get Brexit done" and vowing to get the UK out of the bloc by January 31 at every opportunity.