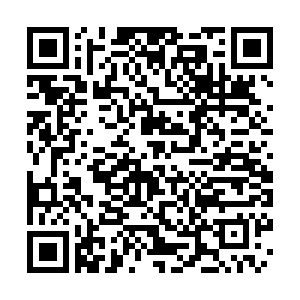 They stare into the distance, across the water. But the China known by the people in this 1974 photograph bears little resemblance to the country of today – and that's why it is of such importance to organize such memories.

For the photograph is one of an extraordinary archive belonging to the Society for Anglo-Chinese Understanding, or SACU.

Zoe Wood and the history of SACU

Set up in 1965, the society acted initially as an information bureau for those interested in China – then, as the country gradually opened up to the outside world, increasingly acted as a facilitator for UK visitors wanting to visit China. 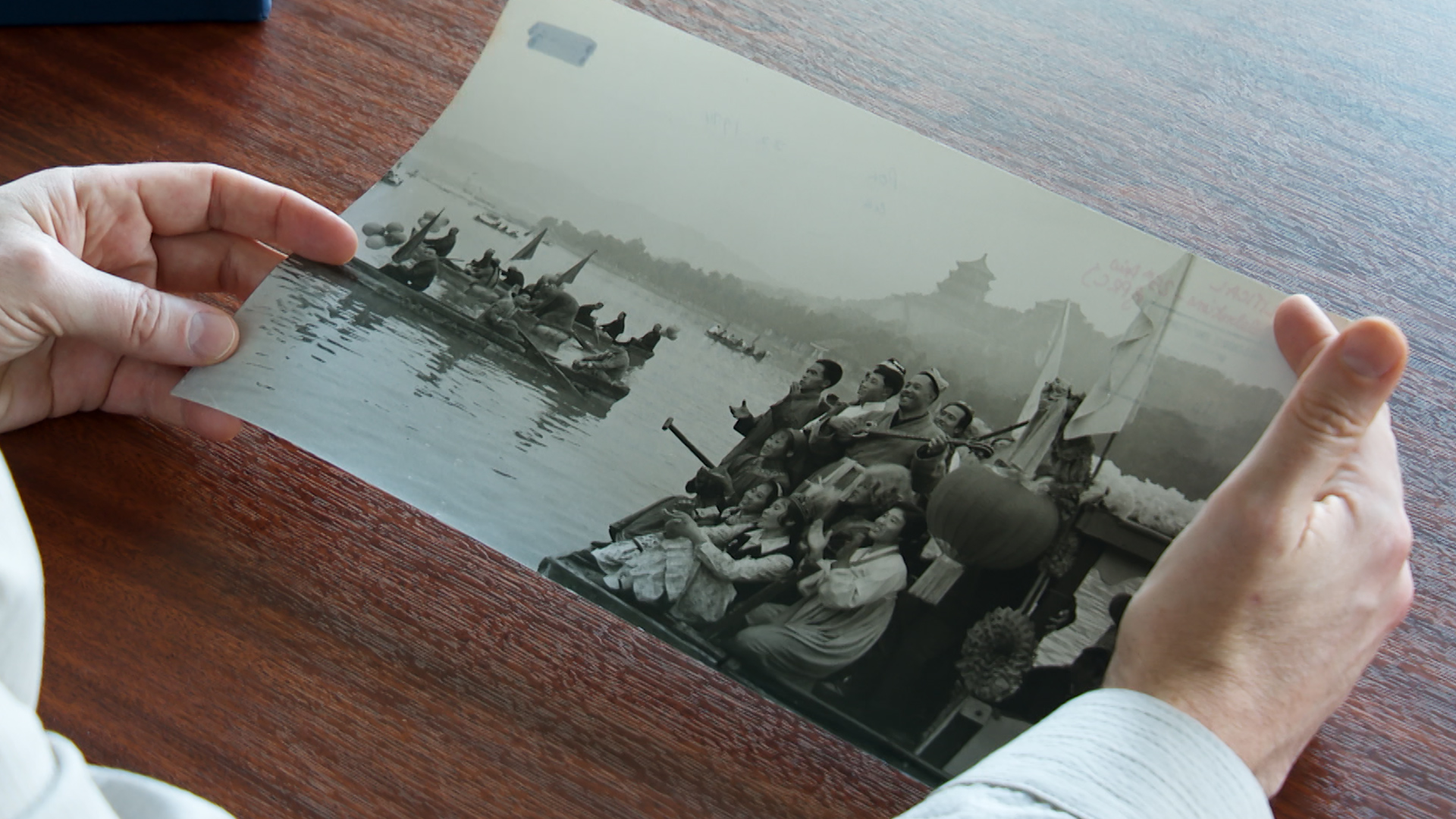 The photograph is one of many in the SACU archive being digitized. /CGTN

The photograph is one of many in the SACU archive being digitized. /CGTN

Today it serves as a forum for discussion and debate with a mission to overcome barriers caused by language, culture or lack of knowledge, whilst promoting understanding and friendship between British and Chinese people.

Until now, the only way to see the materials in this archive was to travel to the Needham Research Institute in Cambridge. Now, however, SACU has digitized all its material, including its magazines, letters and photos, and made them available to members and researchers online. 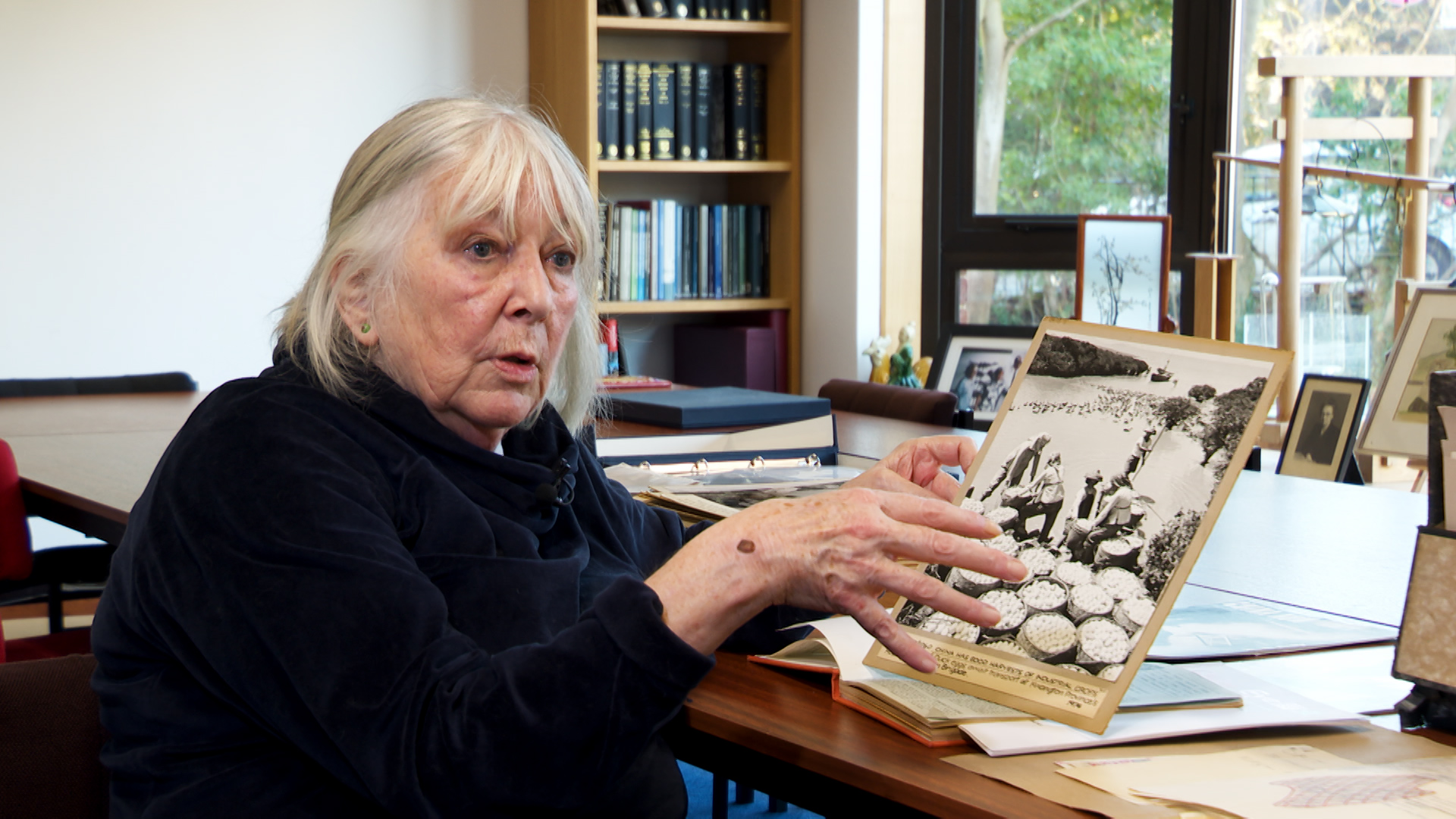 For Chinese expert Frances Wood, the pictures bring back memories of her own first trips to China decades ago. /CGTN

For Chinese expert Frances Wood, the pictures bring back memories of her own first trips to China decades ago. /CGTN

SACU member Frances Wood looks at an image of workers farming duck eggs with warm nostalgia. Wood made the long trip east herself in 1971 as something of a pioneer, "with the first British youth delegation since the beginning of the Cultural Revolution."

Handling the picture, she tells CGTN "That was the way things were – people wearing incredibly simple clothes." After returning to London, Wood became head of Chinese Collections at the British Library, helping to preserve, restore and archive priceless cultural artifacts.

As a result, she was perfectly placed to help SACU digitize its own archive. Constructed from notes and pictures taken by the society's members, it is a storyline of China's development told from the perspective of visitors who were ready to overcome prejudice and distance to see the country firsthand.

As an example, Wood finds an article by the playwright Robert Bolt. "He went on a trip to China, sponsored by SACU," she explains, showing the letter. "And he comes back and talks about Chinese theater."

There are many thousands of items in the extraordinary collection, many of them telling deeply personal stories across an enormous cultural divide. For scholars, they reveal fascinating detail about the modern history of China – and for the casual observer, they offer a rarely seen insight into a long-gone world.