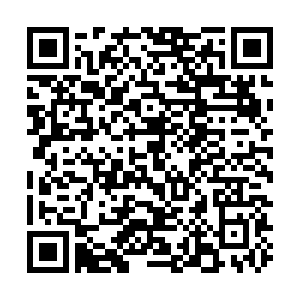 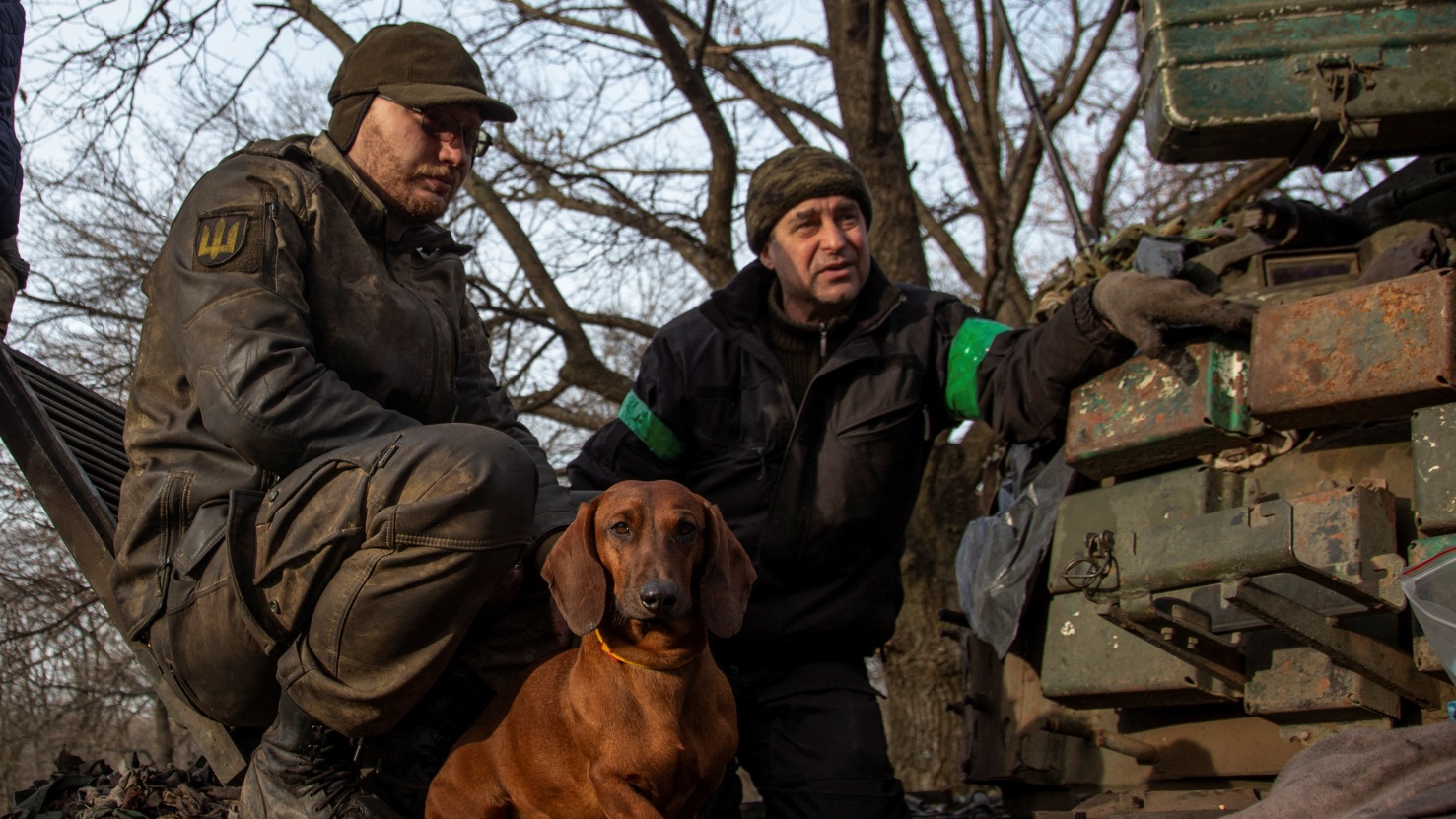 Tank repairs near the frontline town of Bakhmut./ Oleksandr Ratushniak/Reuters

Tank repairs near the frontline town of Bakhmut./ Oleksandr Ratushniak/Reuters

· Ukraine is being advised by the U.S. to hold off on launching new offensives against Russian forces until the latest supply of U.S. weaponry is in place and training has been provided. READ MORE BELOW

· A senior adviser to Ukraine President Volodymyr Zelenskyy urged Kyiv's allies to "think faster" about stepping up their military support, a day after failing to agree on sending battle tanks.

· Ukrainian forces will train on Leopard-2 battle tanks in Poland, Defense Minister Oleksii Reznikov said, even though allies failed to reach an agreement to supply the German-made vehicles to Kyiv.

· Ukraine's Defense Minister said he had "a frank discussion" with his German counterpart Boris Pistorius about the supply of Leopard tanks, adding that talks would continue.

· Ukraine will still have to fight to ensure a supply of modern heavy armor, President Volodymyr Zelenskyy said after Western partners failed to agree on providing the German tanks.

· Russia's Wagner paramilitary group denied it was recruiting Serbs to fight in Ukraine, a day after activists filed criminal complaints against the organization in Belgrade.

· Ukraine's western allies might bridge delays in implementing a 10-point peace plan that the country has put forward, if each country takes responsibility for one part, the first lady in Kyiv said.

· Moscow will retaliate against French media in Russia after the bank accounts of RT France, the French arm of its state broadcaster, were frozen, according to Russian news agencies.

· Group of Seven officials have agreed to review the level of the price cap on exports of Russian oil in March, U.S. Treasury Deputy Secretary said.

· A global ratings agency has affirmed Ukraine's credit rating at 'CC', saying further foreign-currency commercial debt restructuring is likely, given the magnitude of economic turmoil from the war with Russia 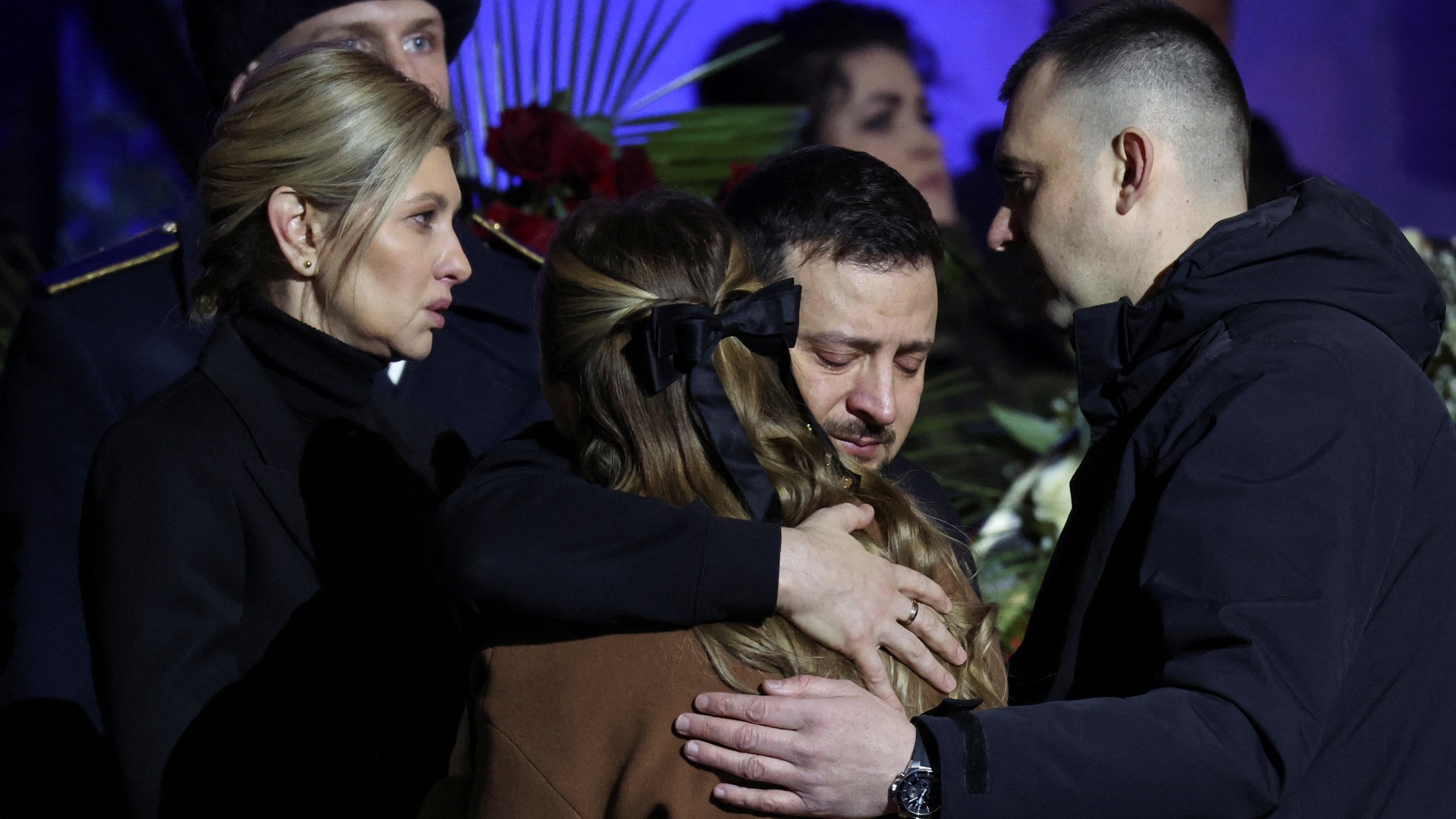 Volodymyr Zelenskyy and first lady Olena Zelenska attend a memorial ceremony for those who died in the Kyiv helicopter crash. /Nacho Doce/Reuters

Volodymyr Zelenskyy and first lady Olena Zelenska attend a memorial ceremony for those who died in the Kyiv helicopter crash. /Nacho Doce/Reuters

The U.S. is advising Ukraine to hold off on launching a major offensive against Russian forces until the latest supply of U.S. weaponry is in place and training has been provided.

A senior Biden administration official said the U.S. was holding fast to its decision not to provide Abrams tanks to Ukraine at this time, amid a controversy with Germany over tanks.

President Joe Biden, who approved a new $2.5 billion weapons package for Ukraine this week, said: "Ukraine is going to get all the help they need," when asked if he supports Poland's intention to send German-made Leopard tanks to Ukraine.

U.S. talks with Ukraine on any counter-offensive have been in the context of ensuring the Ukrainians devote enough time first to training on the latest weaponry provided by the U.S.

U.S. officials believe an offensive would be more successful should the Ukrainians take advantage of the training and the significant infusion of new weaponry.

The U.S. announced on Thursday it would send hundreds of armored vehicles to Ukraine.

A high-ranking U.S. delegation, including their Deputy Secretary of State and deputy White House national security adviser, was in Kyiv in recent days for talks with Ukrainian officials.

The belief in Washington is that Ukraine has spent considerable resources defending the city of Bakhmut, but that there is a high possibility that the Russians will eventually push the Ukrainians out of that town, the official said.