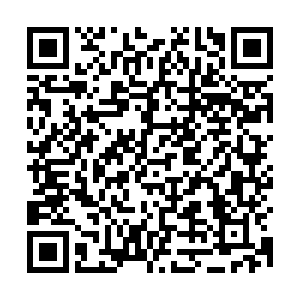 In the UK, the 2023 Chinese New Year celebrations officially began at the Cultural Section of the Chinese Embassy in London on Tuesday.

Jointly presented by the Cultural Section and the China National Tourist Office, London - the Year of the Rabbit will be marked by more than 100 events - in Birmingham, Bristol, Cardiff, Edinburgh, Glasgow, London, Manchester and Jersey.

The launch ceremony was attended by representatives of the Science Museum in London, London Symphony Orchestra, and the London Chinatown Chinese Association among others. 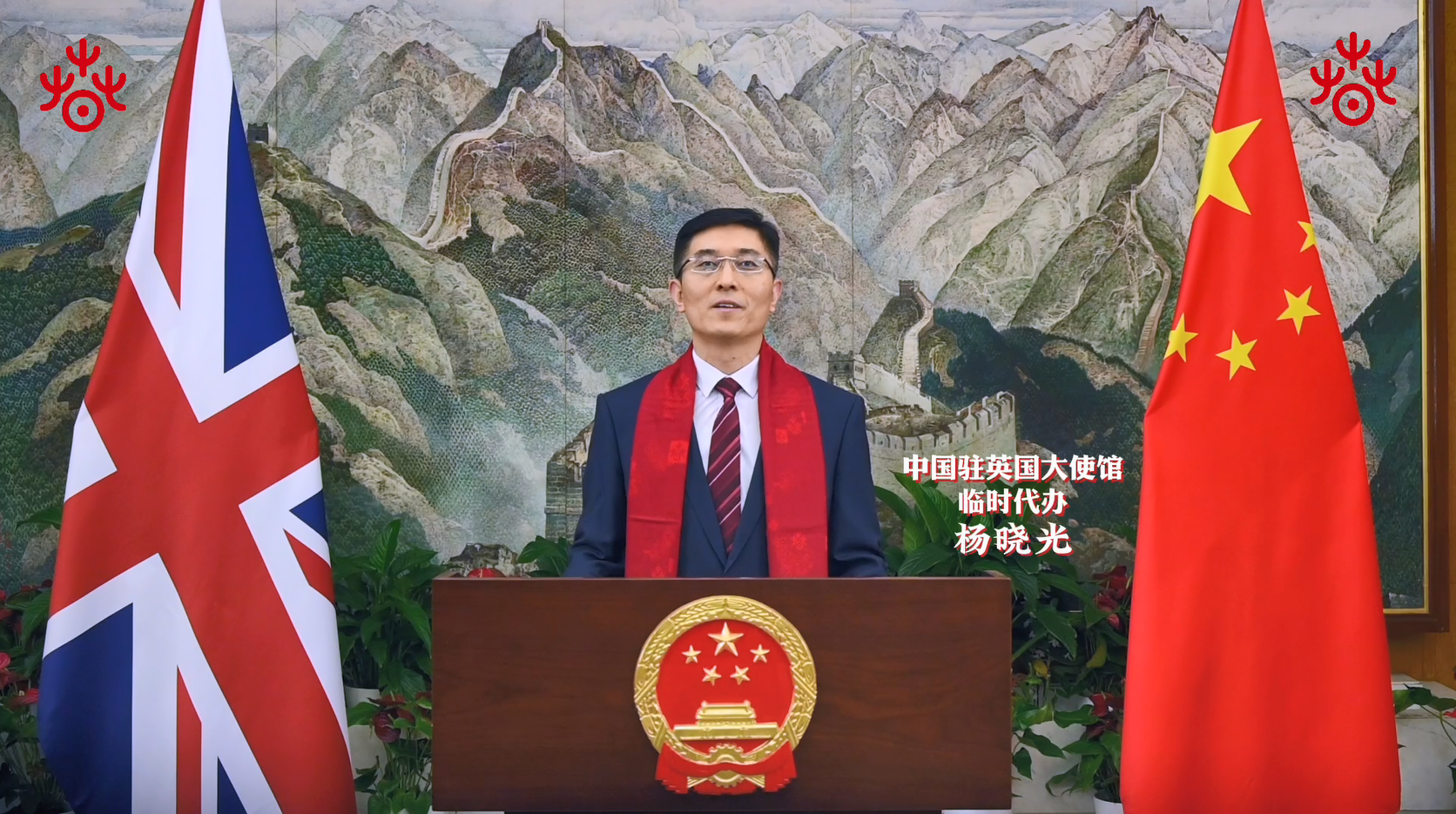 "Happy Chinese New Year (HCNY) is a celebration of inheriting traditional Chinese culture and a grand gathering of exchanges and mutual learning between eastern and western civilizations," said Yang Xiaoguang, charge d'affaires ad interim of the Chinese Embassy in a video message.

He explained the concept of the four 'H's' - Hope, Home, Harmony, and Health - the key features of the spring festival.

He added that the event presents opportunities for China and the UK to enhance exchanges, expand cooperation, and promote new progress in bilateral relations. 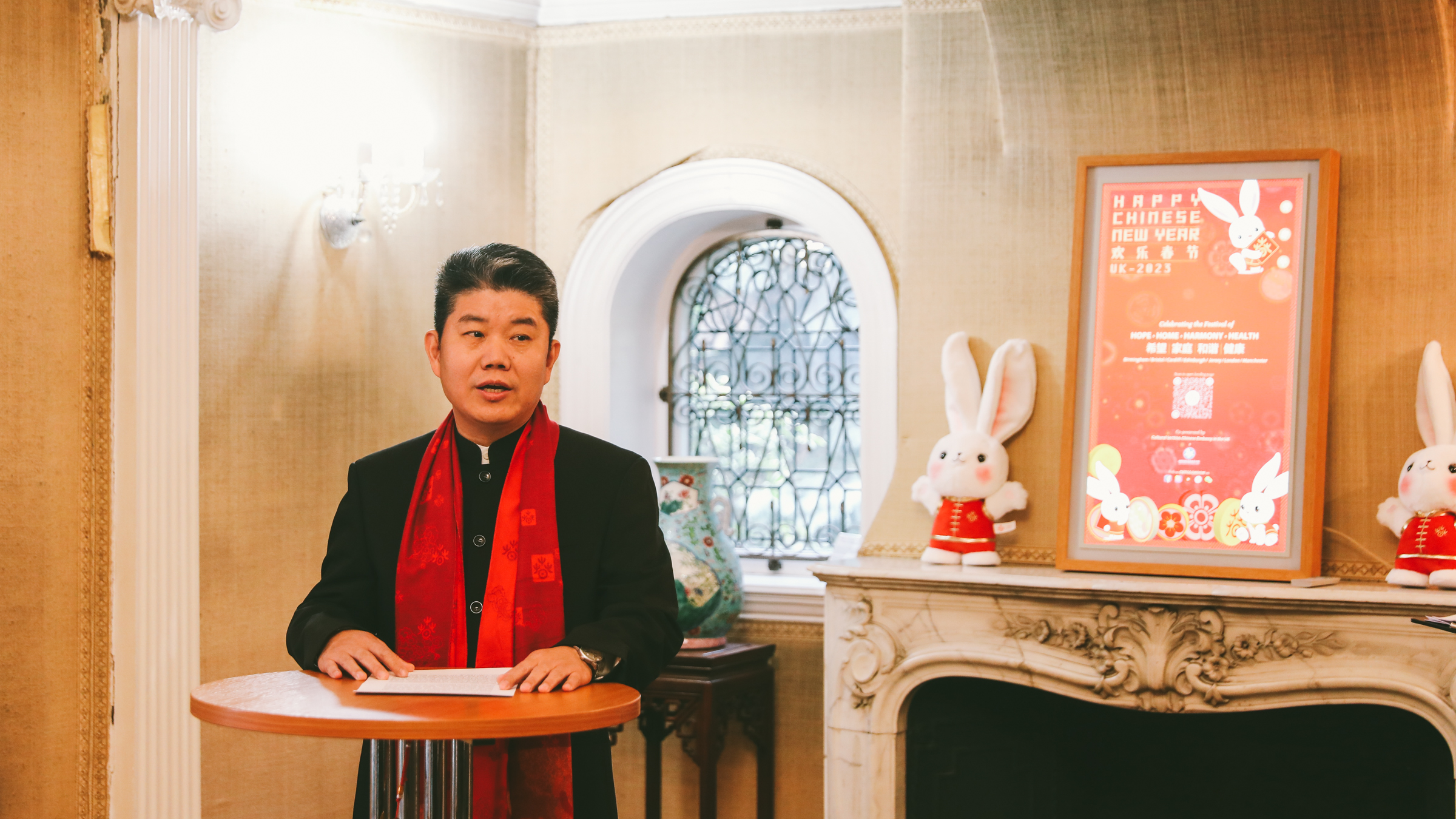 Li Liyan, Minister Counsellor of the Cultural Section, expressed thanks to all the governments and partner institutions for their generous support for the Chinese New Year events.

He said these will deepen the British people's understanding of Chinese culture, art and tourism, and show the "wonderful results" of mutual learning. He also said these will help promote and enrich friendly relations between the two countries at this crucial time.

The ceremony was hosted by Bi Haibo, Spokesperson and Minister Counsellor of the Chinese Embassy.

A 'London+' model has been introduced for this year's HCNY celebrations.

The focus will be on London with events planned across the UK. 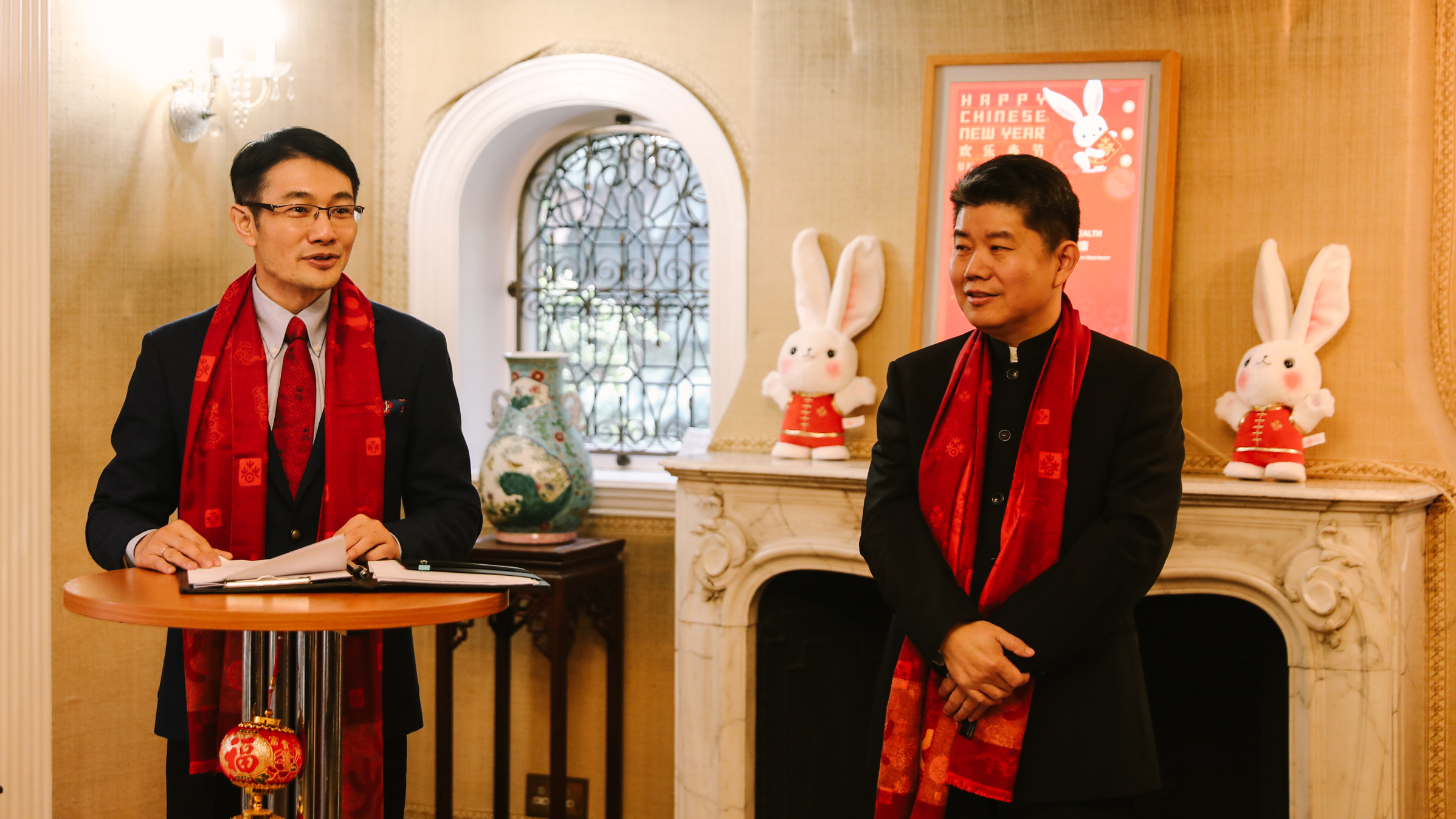 The National Maritime Museum and the Royal Observatory Greenwich will host a series of colorful Chinese New Year celebrations starting on January 21. These will include dragon and lion dance performances, and activities like Chinese storytelling, making red lanterns, trying on lion dance costumes, and more.

At the Royal Festival Hall on January 22, the London Philharmonic Orchestra and Tan Dun will co-host the UK premiere of Buddha Passion, an acclaimed work combining the ancient music of Dunhuang, Chinese folk songs and Western symphonic music.

The London Chinatown Chinese Association (LCCA) will start the 22nd Festival of Spring celebrations on January 22. These will include the exciting Festival of Spring parade, various colorful performances and a host of Chinese delicacies to be sampled.

London's Science Museum will host a Chinese New Year Lates event on January 25. It will feature rich, colorful content as scientists and journalists share a range of insights, seek out the Chinese zodiac sign exhibits, and enjoy the lively lion dance and other performances.

Londoners will also get to experience Chongqing's gourmet cuisine at a famous Chongqing restaurant in London on February 2. Food enthusiasts can also follow the event on social channels via the hashtag #TastyChongqing. 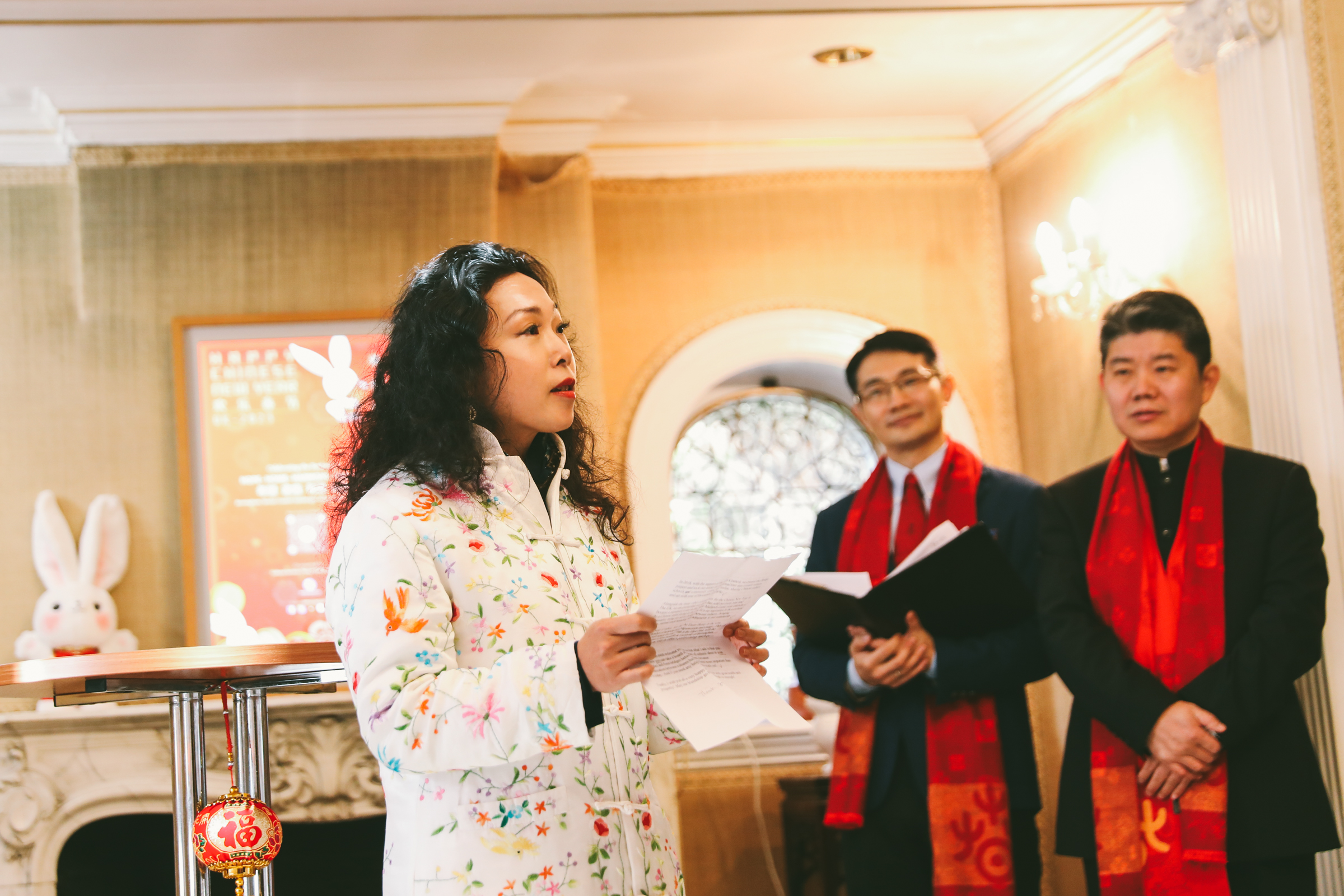 Pianist Xiao Di introduces Chinese New Year concert for the Year of the Rabbit. /Cultural Section of the Chinese Embassy in London

Pianist Xiao Di introduces Chinese New Year concert for the Year of the Rabbit. /Cultural Section of the Chinese Embassy in London

On February 2, Professor Xiao Di, known as Didi, will host the Chinese New Year Concert at the Elgar Concert Hall, University of Birmingham - an event to celebrate the spirit of Sino-British friendship through music.

The Journey of Tang Poetry concert with Shen Yang will be held at the Royal Welsh Academy of Music and Drama in Cardiff, as well as at the Wigmore Concert Hall in London. Renowned bass-baritone Yang, Champion of the 2007 BBC Cardiff Singer of the World competition, will bring Chinese and Western songs together under the theme of Tang poetry.

From January 20 to 23, Edinburgh's Chinese New Year Festival will include performances at the Royal Botanic Garden Edinburgh and St Cecilia's Concert Hall, as well as a range of special workshops.

And on January 21, the Royal Scottish National Orchestra will play alongside special guests, in a ground-breaking collaboration of Scottish and Chinese music and song at Usher Hall. The iconic Edinburgh Castle will also host a dazzling light show celebrating the Year of the Rabbit on January 22 and 23. 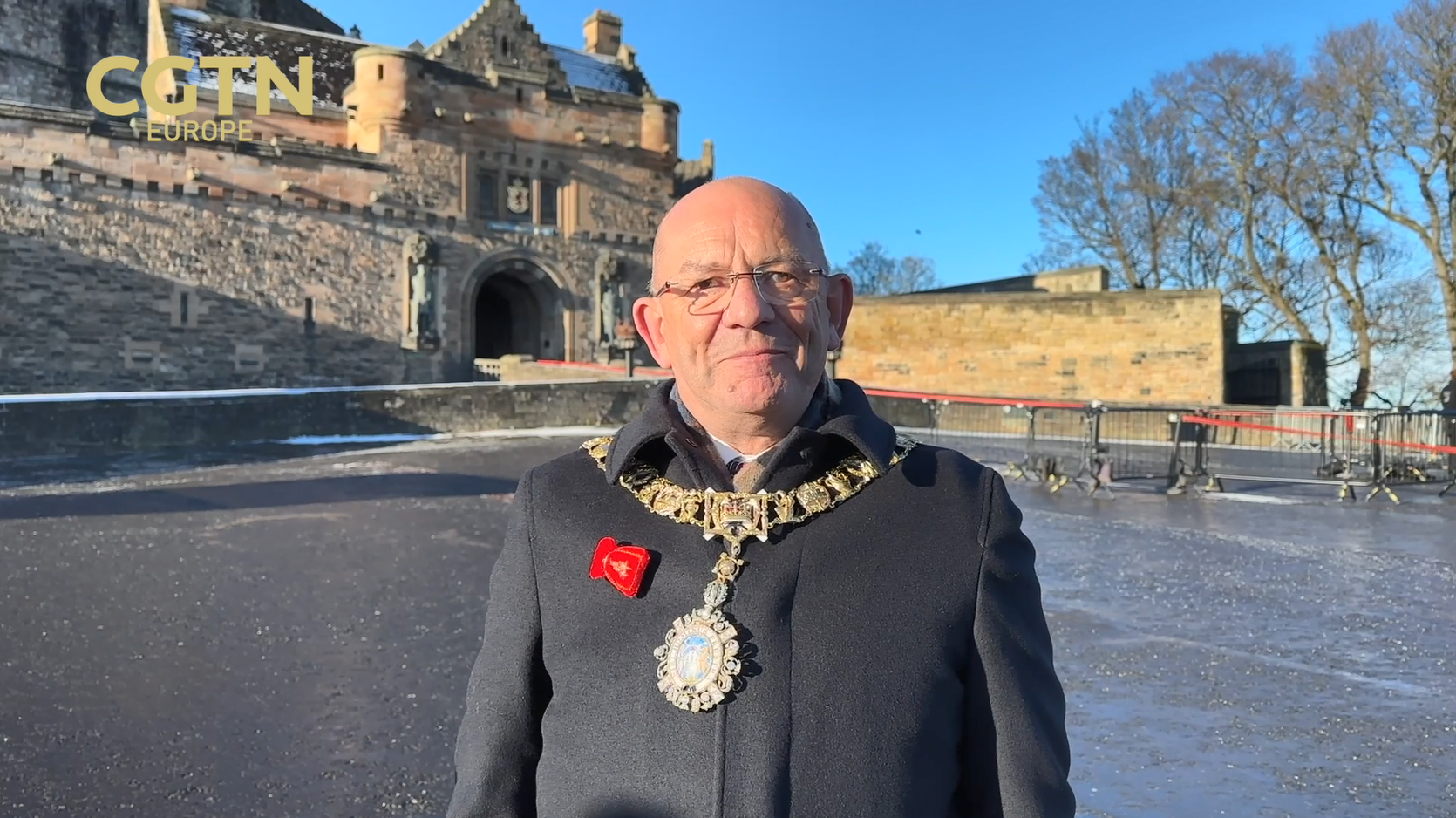 Manchester's Chinatown will see a dragon dance troupe leading a parade around Manchester city center on January 22, alongside performances of Chinese dance, martial arts and music.

Several events will take place in a variety of locations across Manchester from January 22 to 29.

Numerous Chinese artists have been invited to participate in a program which explores new, contemporary forms of music in China.