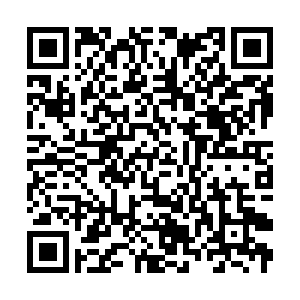 Ukraine's Interior Minister Denys Monastyrsky is one of those killed by the helicopter crash. /Sergei Supinsky/AFP

Ukraine's Interior Minister Denys Monastyrsky is one of those killed by the helicopter crash. /Sergei Supinsky/AFP

Ukraine's interior minister has died in a helicopter crash near Kyiv, in an incident which killed at least 14 people.

Denys Monastyrsky was traveling with eight others in the aircraft when it came down in Brovary around 0830 local time on Wednesday (0630 GMT). Deputy interior minister Yevhen Yenin and the ministry's state secretary were also onboard.

It happened near a kindergarten in the eastern suburb of the capital, with one child among the dead. Students and staff were inside the building at the time.

President Volodymyr Zelenskyy called it a "black morning" for Ukraine and a "terrible tragedy." Monastyrsky was one of his closest advisers and responsible for national security, including the police.

Zelenskyy's office said the helicopter was on its way to the "front line" in the eastern city of Kharkiv when it crashed.

"What we know at present is that the helicopter fell on the ground between the nursery and a residential building in the town of Brovary," said Ukrainian national police chief Ihor Klymenko.

An investigation is underway into the cause of the crash but it was initially unclear if it was an accident or part of the war, now nearing the one-year mark.

Many aircraft have flown at low altitudes during the conflict to avoid missile strikes, often used by Russia.

Tributes and messages of support have come in from key allies, including the European Union.

"I express my heartfelt condolences to the families of the victims, [President Zelenskyy], and the entire country following the helicopter crash at Brovary", EU Commission President Ursula Von der Leyen tweeted, adding: "We are mourning with you."

Following the helicopter's crash, a fire erupted with rescue workers battling the blaze for around an hour, according to local officials.

One eyewitness was Tetiana Shebika, who said her four-year-old granddaughter managed to escape unharmed. "We just heard an explosion. We ran out. My daughter ran to get the granddaughter - she goes to the nursery. We took her. Everything was on fire over there," she said.

They withdrew in early April, when Ukraine's deputy defense minister Hanna Malyar announced "the whole Kyiv region is liberated from the invader."

Russia claimed the withdrawal was part of an effort to refocus efforts on the east of Ukraine.

Like many parts of the country, Brovary bore the scars of the street-to-street fighting that raged here. Nearly a year on, locals are having to contend with another tragedy on their doorstep.