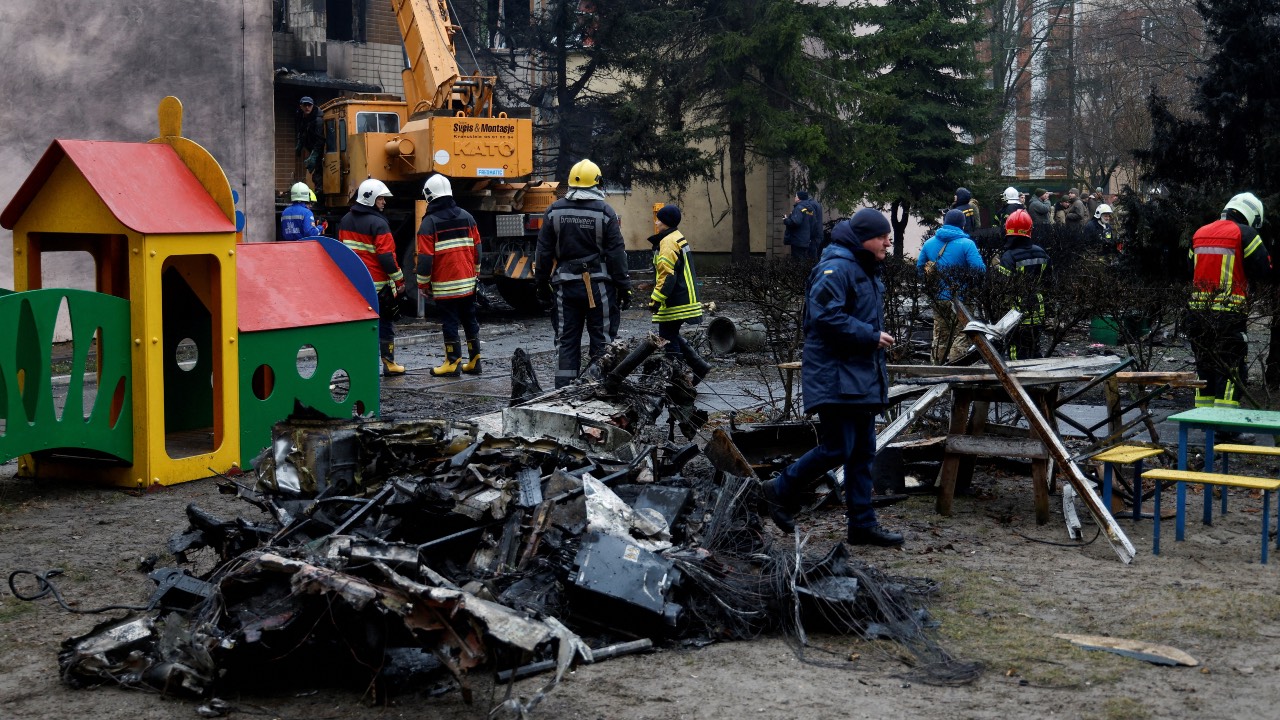 Emergency personnel work at the site of a helicopter crash in the town of Brovary, outside Kyiv. /Valentyn Ogirenko/Reuters

Emergency personnel work at the site of a helicopter crash in the town of Brovary, outside Kyiv. /Valentyn Ogirenko/Reuters

· The helicopter that Ukraine's interior minister was traveling in when it crashed near a kindergarten outside Kyiv was flying towards frontline regions in eastern Ukraine, the presidency said. "The purpose of the helicopter flight was to carry out work in one of the hotspots of our country where hostilities are ongoing. The interior minister was heading there," the deputy head of the Ukrainian presidential office, Kyrylo Tymoshenko, said on local television.

· Ukrainian President Volodymyr Zelenskyy described the fatal helicopter crash that killed the interior minister and more than a dozen others as "a terrible tragedy." In a statement on social media, he said: "Today, a terrible tragedy occurred in Brovary, Kyiv region. A SES (state emergency services) helicopter crashed, and a fire broke out at the crash site. The pain is unspeakable."

· Lavrov accused the United States of preparing the ground for the conflict in Ukraine as part of what he called a hybrid war against Moscow.

· Russian authorities announced it has killed a soldier who left his military base, with state media identifying the man as an armed deserter from fighting in Ukraine.

· Russian police have detained four people at an improvised memorial for at least 45 people killed by a Russian strike on a residential building in Ukraine's Dnipro, a rights group said.

· Russian Human Rights Commissioner Tatyana Moskalkova said she did not talk to her Ukrainian counterpart Dmytro Lubinets in Türkiye last week about a possible prisoner exchange. Turkish ombudsman Seref Malkoc said Ukraine conveyed to Russia a list of 800 people and that the Russian ombudsman provided 200 names to be swapped.

· The UK said its breakthrough decision to provide tanks to Ukraine to fight Russia was a "moral imperative," as the U.S. said that more military aid was coming.

· Russia's largest bank Sberbank said it was launching operations on the Crimean peninsula, absorbed by Moscow in 2014, and would open offices there this year, despite Western sanctions against companies working in the region.

· A senior Ukrainian official Yuriy Schygol blamed Russia for carrying out the bulk of more than 2,000 cyberattacks on Ukraine in 2022, speaking at a news conference that he said was delayed because of a cyberattack. He did not elaborate or present evidence for his assertion. 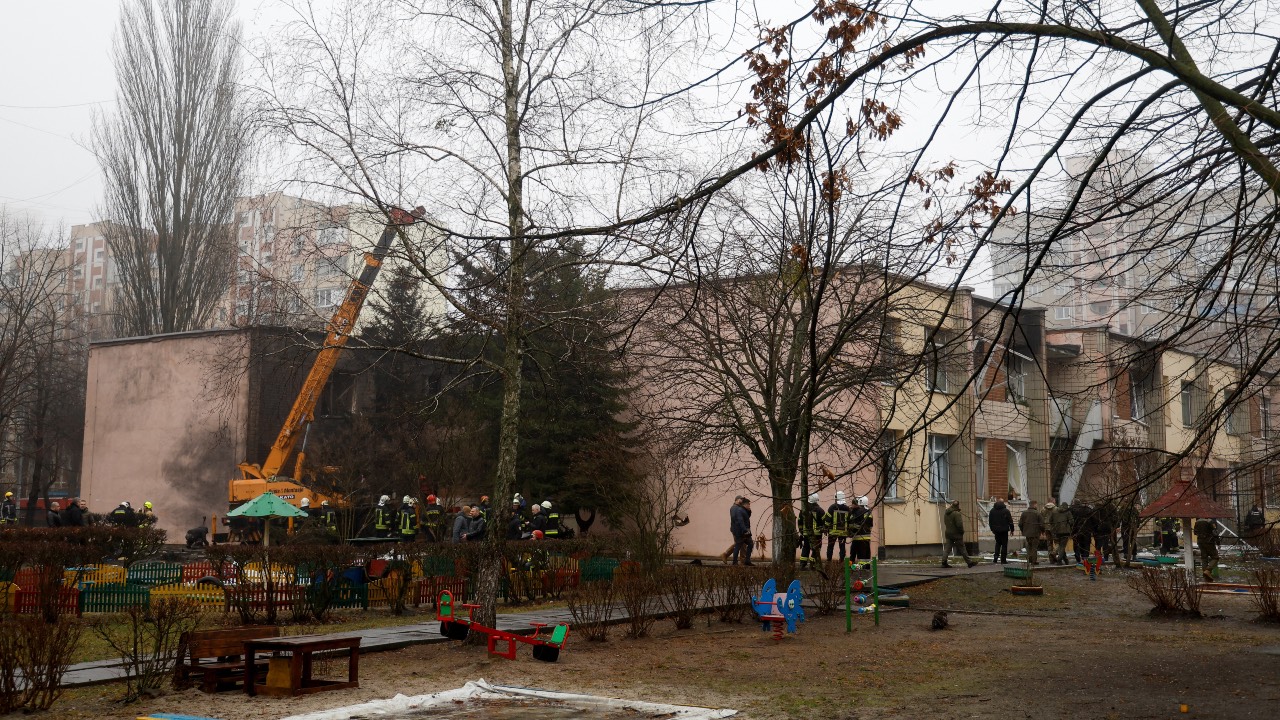 Interior Minister Denys Monastyrsky and his first deputy, Yevgeniy Yenin, were both killed in the helicopter crash. /Valentyn Ogirenko/Reuters

Interior Minister Denys Monastyrsky and his first deputy, Yevgeniy Yenin, were both killed in the helicopter crash. /Valentyn Ogirenko/Reuters

Ukraine's interior minister and others killed in helicopter crash

Eighteen people, including Ukraine's Interior Minister and three children, were killed in a helicopter crash near a kindergarten outside Kyiv.

The helicopter came down next to the kindergarten and a residential building in Brovary, a commuter town for the capital Kyiv that was the scene of fierce fighting early in the conflict.

Amateur footage circulating on social media showed what appeared to be the charred remains of the aircraft mixed with debris from nearby buildings and a car crushed by large shards of metal. Cries could be heard at the scene which was consumed by a fire.

"A helicopter of the state emergency service crashed in Brovary. As a result of the plane crash, the leadership of the interior ministry died," the head of Ukraine's police service, Igor Klymenko, said in a statement.

He specified that the Interior Minister Denys Monastyrsky and his first deputy, Yevgeniy Yenin, were both killed.

"There is information about 29 wounded, including 15 children. All necessary assistance is provided to them," he added. "Rescue operations are ongoing at the site."

AFP journalists in Brovary saw emergency workers and firefighters working at the scene. The rotary blades of the helicopter cut into a nearby building could also be seen.

Klymenko from Ukraine's police service said earlier that nine of those killed were on board the helicopter when it crashed.