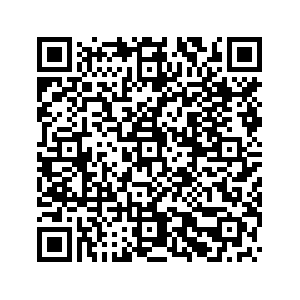 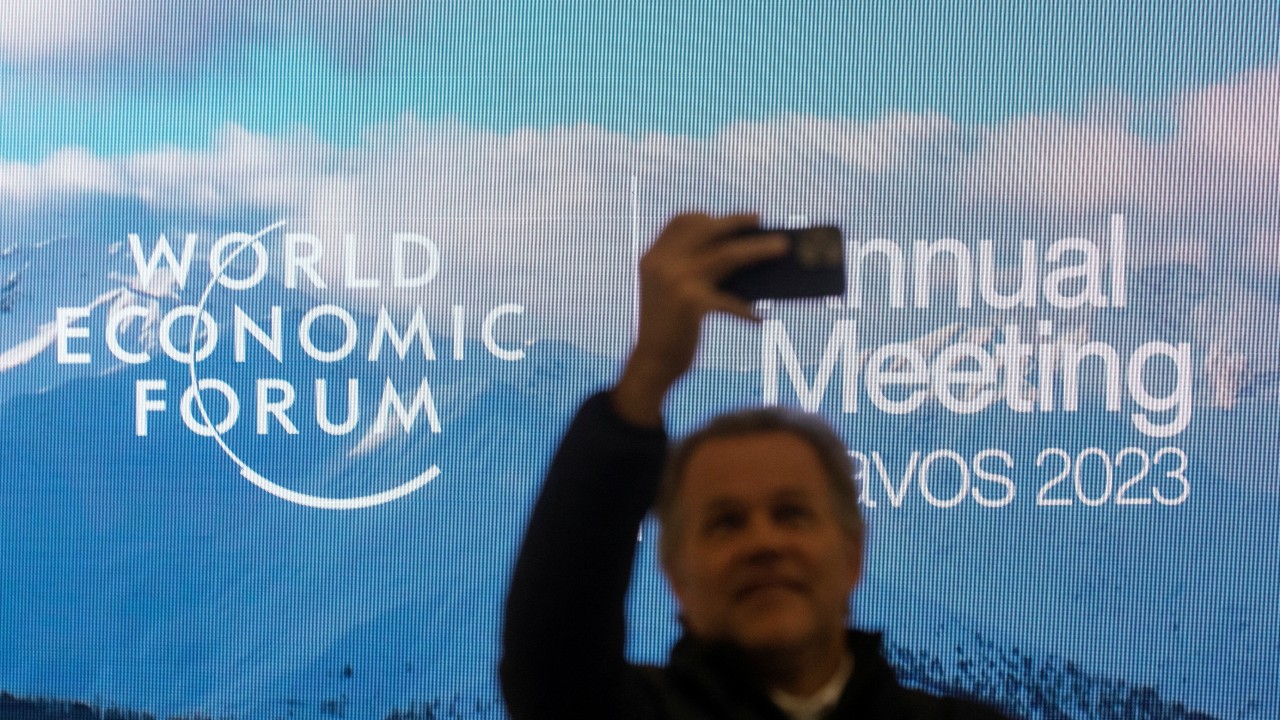 Davos is the word on everyone's lips this week. But what is it? /Arnd Wiegmann/Reuters

Davos is the word on everyone's lips this week. But what is it? /Arnd Wiegmann/Reuters

On most days, Davos is a modest ski resort town of around 11,000 people in the Swiss Alps.

But for one week in January, it becomes the center of the world's attention as global political and business elites come together for the annual World Economic Forum (WEF) meeting dedicated to "solving the biggest issues facing our world."

So, what is WEF, how did it start and what happens in Davos?

What is the World Economic Forum?

Headquartered in Geneva, Switzerland, WEF is an international not-for-profit organization, focused on bringing the public and private sectors together to address the global political, social, and economic issues.

WEF was founded in 1971 by Swiss-German economist and professor Klaus Schwab in a bid to promote the global cooperation on these most pressing problems.

The first meeting of WEF was held more than five decades ago in Davos, which has been the home of the annual gathering almost ever since, also becoming the shorthand for the event.

Sometimes described as Europe's highest town (although it has rivals for that title), Davos has been the venue for the WEF's annual meeting every year since its inception – with one exception: The meeting was held in New York in 2002 in a gesture of solidarity following the 9/11 attacks. 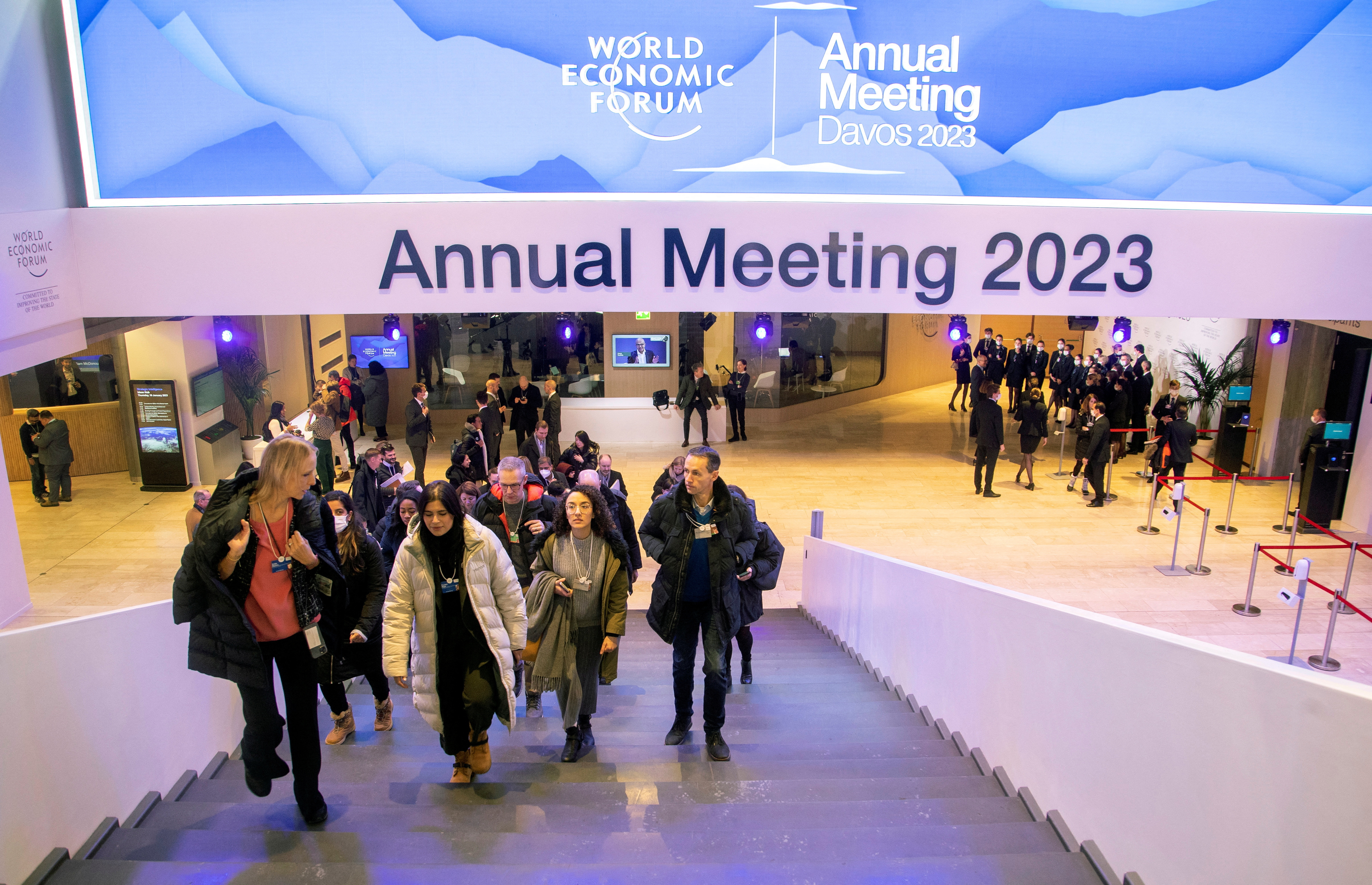 The 2023 World Economic Forum is at Davos Congress Centre, in the Alpine resort of Davos, Switzerland, January 16, 2023. /Arnd Wiegmann/ Reuters

The 2023 World Economic Forum is at Davos Congress Centre, in the Alpine resort of Davos, Switzerland, January 16, 2023. /Arnd Wiegmann/ Reuters

Who are the attendees and what actually happens in Davos?

Usually attending will be the sitting U.S. president, top EU and UN leaders, business leaders and entrepreneurs, academics, heads of NGOs and charities, the media, activists and even some celebrities.

The conference includes hundreds of discussions, keynote speeches and panels, and all-important networking sessions, usually behind closed doors in five-star hotels where CEOs and investors seize the opportunity for face-to-face deal-makings. 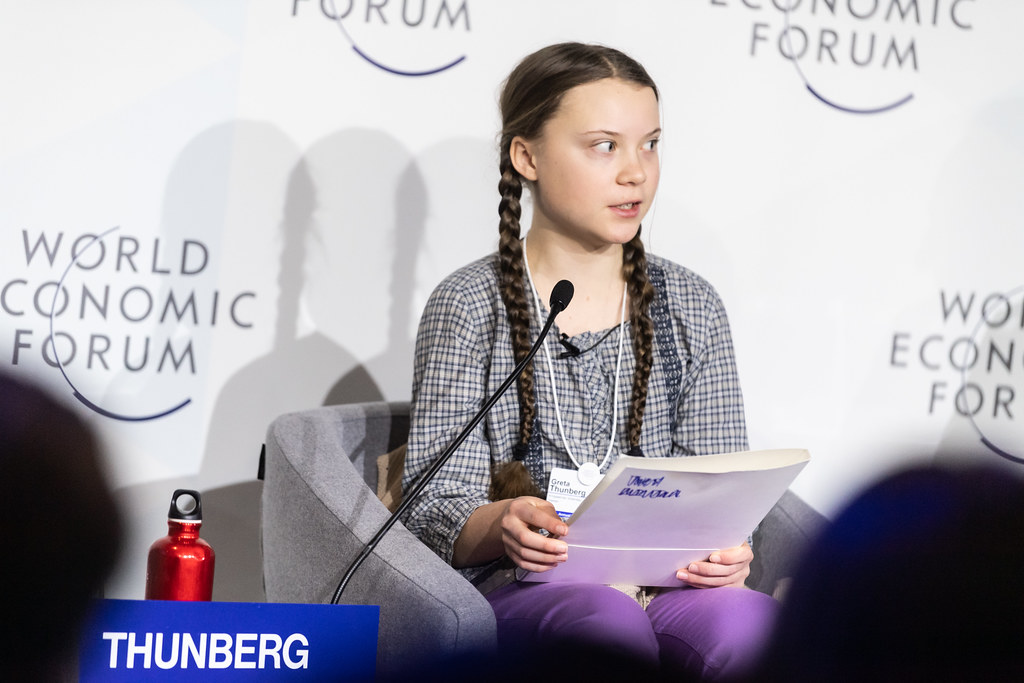 According to its website, WEF has "committed to improving the state of the world" since its foundation, but over the years as it evolved, the institution has also weathered criticism along the way.

It has been labeled as a gathering of distant elites and a futile talking shop, and recently, Greenpeace blasted the "distasteful masterclass in hypocrisy" of having the climate crisis on the meeting's agenda while one in 10 participants in 2022 travelled by private jet to get to Davos.

Over the years, several activists have also been seen using meeting in Davos to push rich countries and energy companies on financing the energy transition of developing nations, often protesting and calling for a wealth tax for billionaires and debt relief for developing countries. 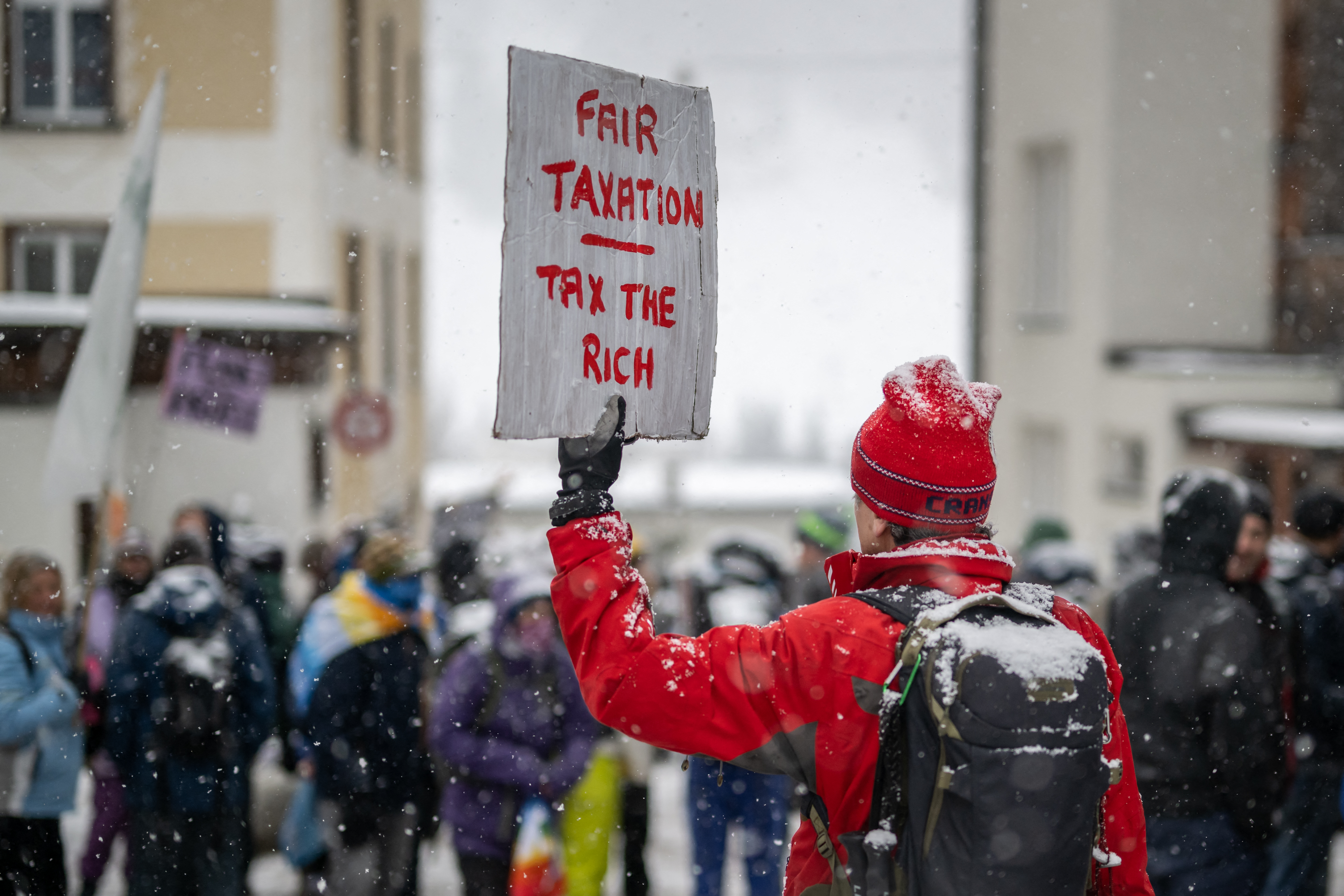 On the eve of Davos 2023, Young Socialists Switzerland activists call for a climate tax on the rich. /Fabrice Coffrini/AFP

On the eve of Davos 2023, Young Socialists Switzerland activists call for a climate tax on the rich. /Fabrice Coffrini/AFP

"The idea that these people, who are the ultimate beneficiaries of the status quo, are committed to improving the state of their world just looks like a greater absurdity than ever," says Peter S. Goodman, author of the recent book Davos Man: How the Billionaires Devoured the World.

The theme is "cooperation in a fragmented world" and within that are five sub-themes, including the energy and food crises, inflation, technology for innovation, social vulnerabilities and geopolitical risks.

UN chief Antonio Guterres and German Chancellor Olaf Scholz are among some of the prominent figures who will be attending this year, alongside nearly 400 government ministers and policymakers, 600 CEOs, and a mandatory handful of celebrities including UK actor Idris Elba. The omnipresent Ukrainian President Volodymyr Zelenskyy will also be making an appearance by video link.