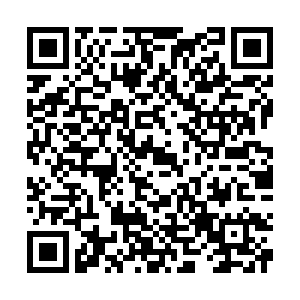 Malaysia has said it could stop exporting palm oil to the European Union in response to the bloc passing a new law designed to protect forests by heavily regulating the sale of the product.

Here's what you need to know about the new EU law, the reason the bloc is supposedly targeting palm oil, and why South East Asian countries are considering such drastic measures in response.

What does the law say?

Aimed at stopping European consumers from buying products that contribute to the destruction and degradation of forests, the new EU legislation would essentially block palm oil sales and other items linked to deforestation unless producers can prove otherwise.

Producers would be required to give a so-called "due diligence" statement that goods placed on the EU market have not led to deforestation anywhere in the world after December 31 2020.

Those which can't prove this won't be able to sell to the bloc. 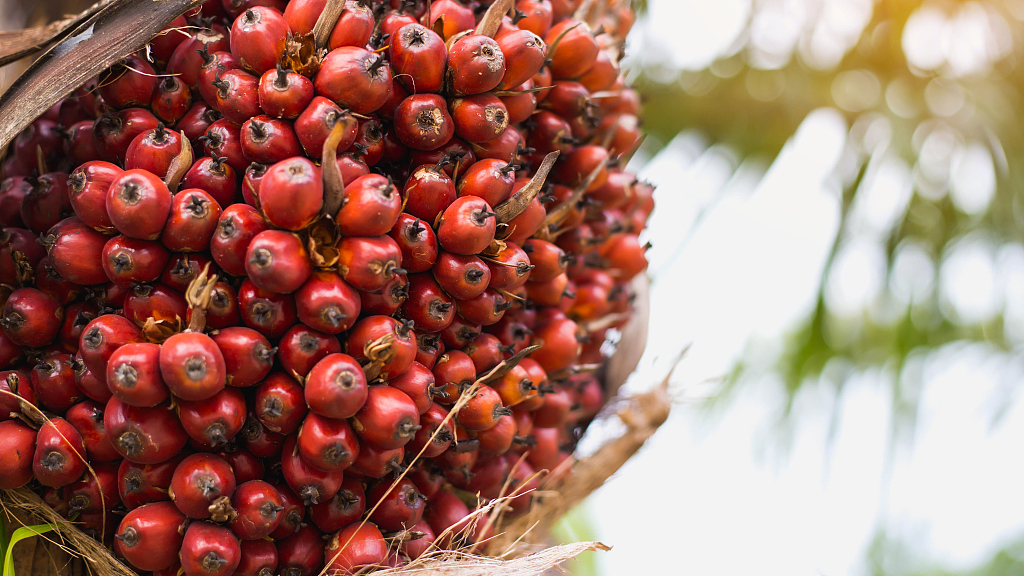 The products covered by the new law, agreed to in December, include cattle, cocoa, coffee, rubber, charcoal, printed paper products, soya and wood, as well as a number of palm oil derivatives.

It also lists exports that come from, contain, or have been fed with such commodities like leather, furniture, and chocolate.

The law additionally demands producers must show their products adhere to their country's production laws, including on human rights and the rights of indigenous peoples.

To enforce the legislation, the EU has suggested using wide-ranging checks, satellite monitoring tools and DNA analysis to scrutinize where products actually come from.

Based on the country's risk level, different amounts of products would have to be checked by the country of origin: 9 percent for high risk, 3 percent for standard risk and 1 percent for low risk.

For high risk countries, EU member states would also have to check 9 percent of total volumes.

The fine for non-compliance could range up to at least 4 percent of the trader's earnings from the EU market.

Why is palm oil such a big issue in Europe?

Palm oil is important because its used in almost everything, from pizza to chocolate, deodorant to animal feed, from toothpaste to biofuel.

Until recently, more than two thirds of the world's palm oil was used in the global processed food industry - with almost half of all supermarket products thought to contain it.

There also remains a debate over its health value. Experts say palm oil in food has a bad reputation because it is high in saturated fat, which has been linked to heart disease.

However, it was used as a healthier replacement for trans fats, which are now banned, and its better for you than cooking with butter. 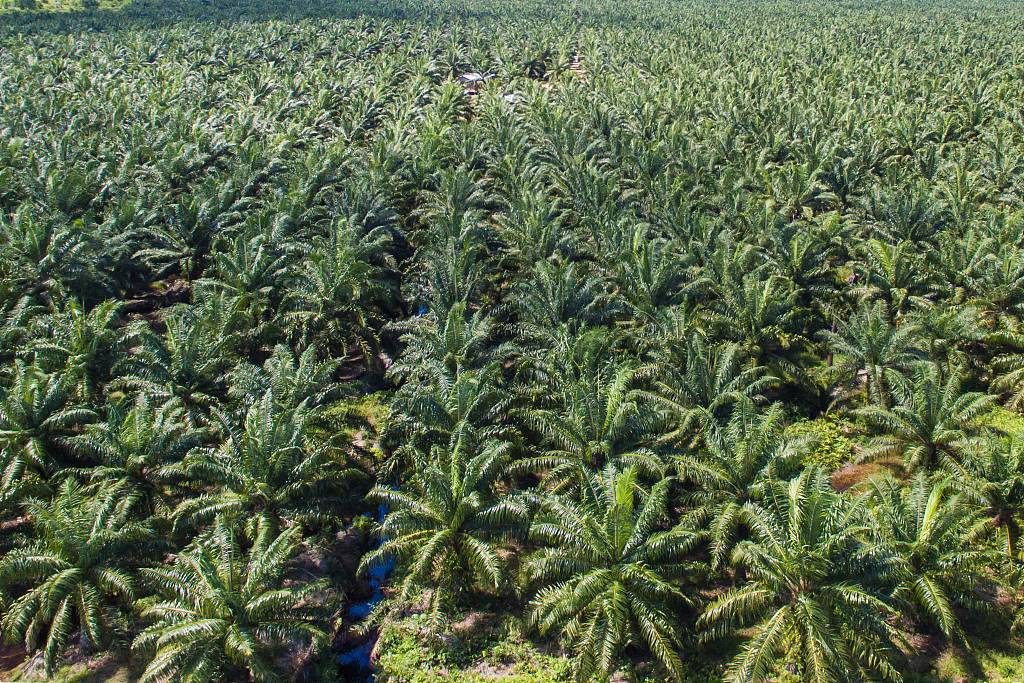 The EU and the UK imported $5.4 billion worth of palm oil in 2020. /Yusnizam/Getty Creative/CFP

The EU and the UK imported $5.4 billion worth of palm oil in 2020. /Yusnizam/Getty Creative/CFP

In the EU, the world's third-largest palm oil consumer, just under 50 percent of imported palm oil is used in biofuels, despite declining demand, with the EU's latest renewable-energy directive meaning palm-based transportation fuels will be phased out by 2030.

And while figures are expected to drop, the bloc's consumption of palm oil has nearly tripled since 2000, jumping from 2.7 million metric tons in 2000 to its peak of 7 million in 2018.

Alongside the UK, member states imported $5.4 billion of the stuff in 2020 alone, making it a hugely lucrative industry.

But because of its widespread use in so many everyday items, production - and the amount of land needed to plant the palm trees - remains incredibly high. 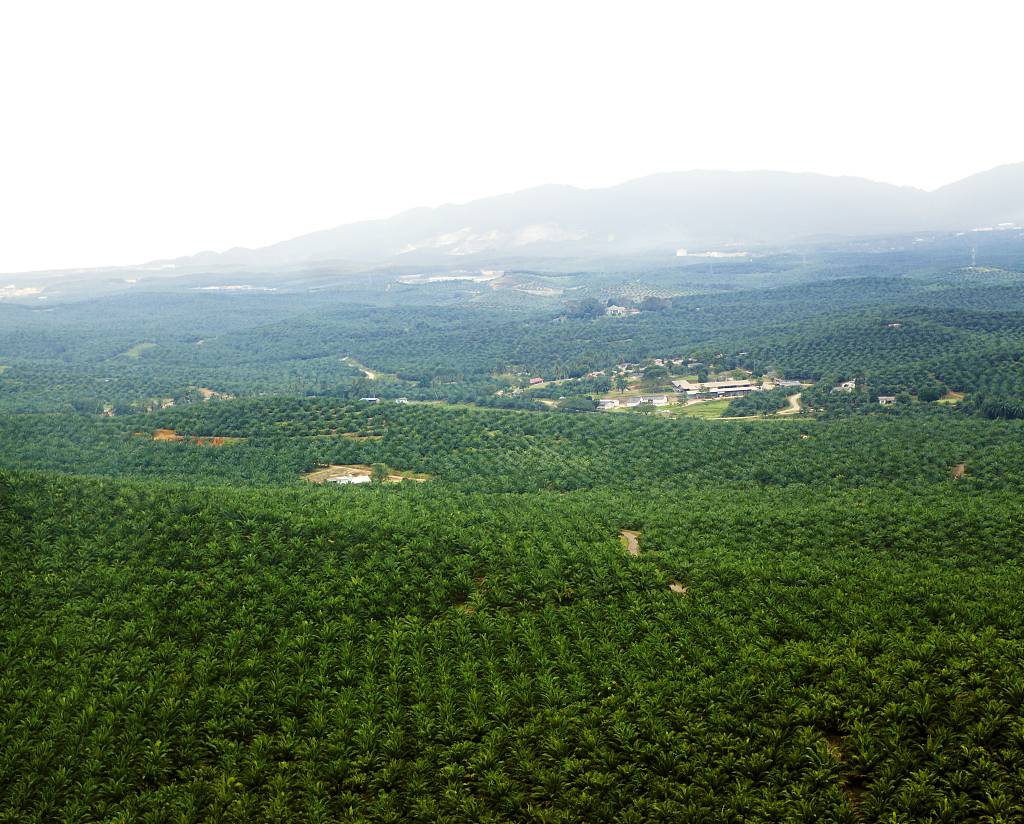 The UN says palm oil is responsible for an estimated 5 percent of forest clearance in tropical areas. /Vaara/Getty Creative/CFP

The UN says palm oil is responsible for an estimated 5 percent of forest clearance in tropical areas. /Vaara/Getty Creative/CFP

Oil palm plantations currently cover more than 27 million hectares of the Earth's surface - around the size of New Zealand.

Natural forests have to be felled to make space for these plantations, and because of the high turnover of the product, there's little room for biodiversity among their trees.

That's why environmental activists have long held the industry particularly responsible for deforestation - the UN says palm oil is responsible for an estimated 5 percent of forest clearance in tropical areas.

Some countries, including Indonesia and Malaysia, have created mandatory sustainability specifications for all of their plantations.

But NGOs say while progress has been made, weaknesses and loopholes in such standards continue to lead to so-called "allowable" deforestation.

And with the cost of palm oil increasing dramatically since the spring of 2022, escalating further following the start of Russia's war in Ukraine, there are fears that the higher price could lead to an increase in deforestation rates.

Why is Malaysia considering such drastic measures?

The EU's move to heavily scrutinize palm oil has angered the bloc's biggest sources of the product - Indonesia and Malaysia.

Indonesian President Joko Widodo and Malaysian Prime Minister Anwar Ibrahim recently agreed to "fight discrimination against palm oil," while the two countries are set to meet in the coming weeks to discuss what could be a drastic response to the new legislation.

"If we need to engage experts from overseas to counter whatever move by the EU, we have to do it," Fadillah Yusof, Malaysia's commodities minister and deputy prime minister, said on Thursday.

"Or the option could be we just stop exports to Europe, just focus on other countries if they (the EU) are giving us all a difficult time to export to them." 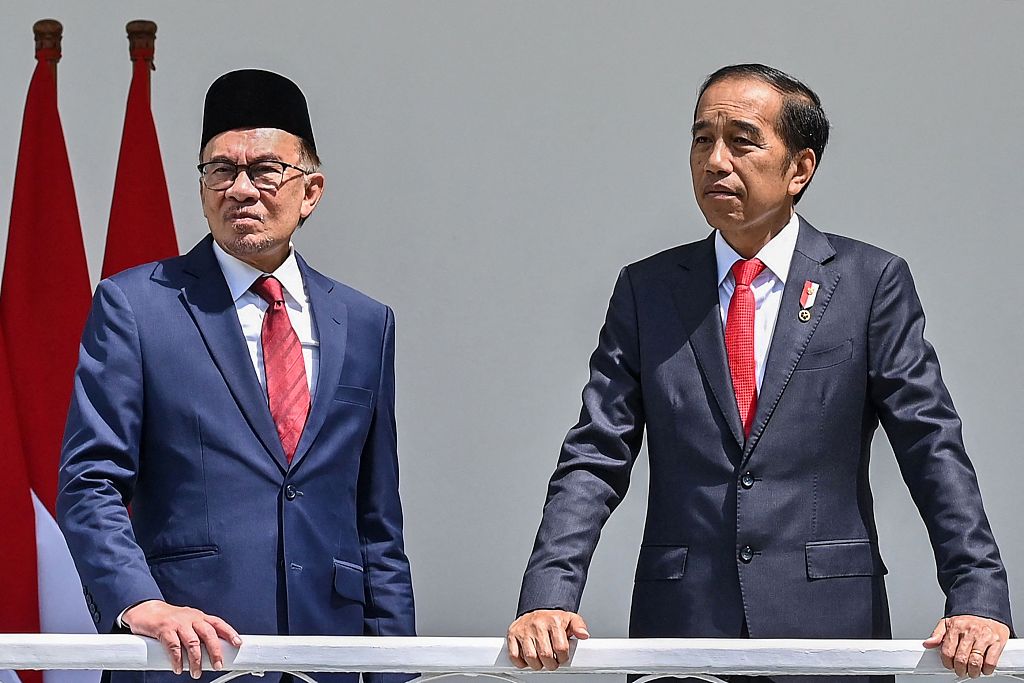 Indonesia and Malaysia held a meeting of heads of state and agreed to jointly deal with the issue of "discrimination in palm oil production." /CFP

Indonesia and Malaysia held a meeting of heads of state and agreed to jointly deal with the issue of "discrimination in palm oil production." /CFP

Fadillah has called on the Council of Palm Oil Producing Countries (CPOPC) to try to block the law, and fight "baseless allegations" made by the EU and United States about the sustainability of palm oil and their targeting of the product.

Malaysia and Indonesia are already fighting separate cases via the WTO over the EU's phasing out of palm-based transportation fuels, saying the fuels measure is discriminatory and constitutes a trade barrier.

But the EU refutes the claim that it is specifically focusing on the product.

The bloc's ambassador to Malaysia said it was not banning any imports of palm oil from the country and denied that its deforestation law created barriers to Malaysian exports.

"(The law) applies equally to commodities produced in any country, including EU member states, and aims to ensure that commodity production does not drive further deforestation and forest degradation," the ambassador Michalis Rokas said.

Rokas said that he looked forward to meeting Fadillah to ease Malaysia's concerns.