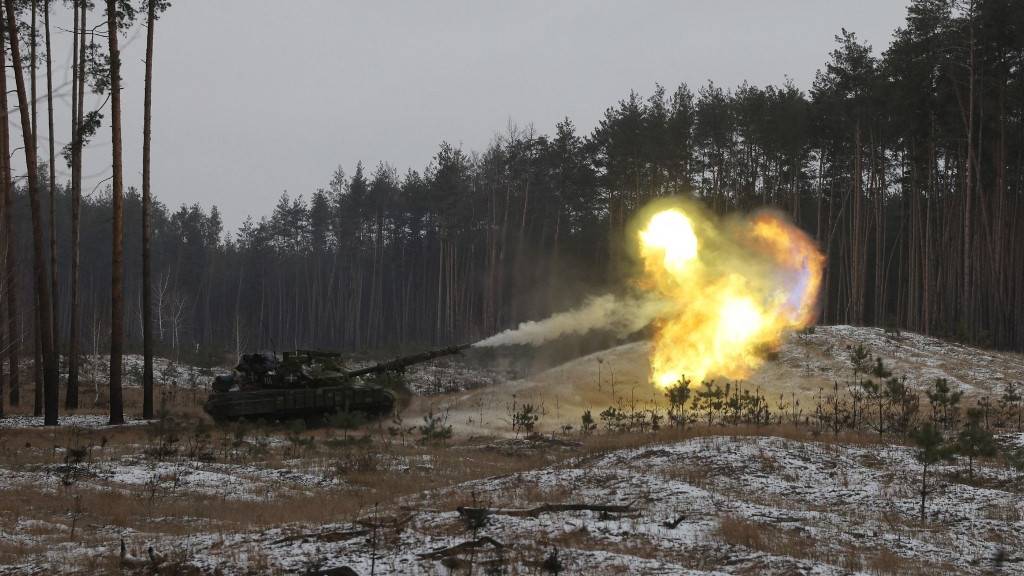 · Russia unleashed a major missile attack on Ukraine on Saturday, smashing a nine-storey apartment block in the city of Dnipro, killing at least five people and striking vital energy facilities across the country, Ukrainian officials said.

· Finland, alongside Poland has said it may send German-made Leopard tanks to Ukraine as part of a coalition reportedly being organized by Western nations to boost Kyiv's armory.

· Chancellor Olaf Scholz has said Germany will continue to "weigh every step carefully" on further arms deliveries to Ukraine after coming under pressure to approve the German-made tanks for Kyiv. Berlin has previously been hesitant to do so, but has shown willingness in recent weeks.

· France has said it wants to deliver "AMX 10-RC" light combat tanks to Ukraine in the coming months.

· A Russian foreign ministry official has said Belarus may enter the conflict if Kyiv decides to "invade" either country. Russia used Belarusian territory to launch its attack on Ukraine in February, but the border area is now heavily waterlogged, making a repeat attack from there unlikely.

· Japanese Prime Minister Fumio Kishida, after meeting U.S. President Joe Biden, said it was vital to stand up to Russia's attack on Ukraine, saying that if such actions went unchallenged, similar military assaults would happen elsewhere, including in Asia.

· Former Russian President Dmitry Medvedev responded to the Japanese leader's comments by suggesting he should ritually disembowel himself for what the Russian Security Council official said was shameful subservience to the U.S. Reuters reports that  in Japan, no one was immediately available for comment on the remarks at either the prime minister's official residence or the foreign ministry outside normal working hours.

· An ally of President Vladimir Putin has proposed confiscating the assets of Russians who criticize the war in Ukraine and Moscow's armed forces. 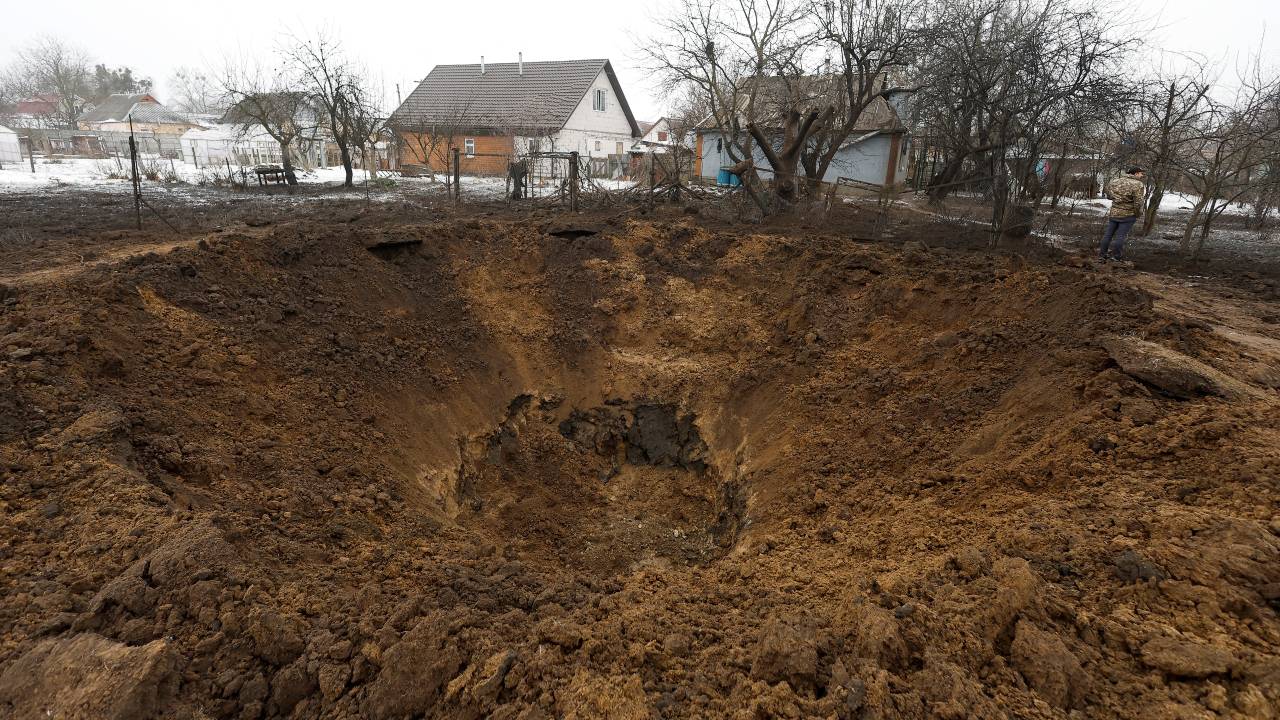 A view shows a crater left by a Russian missile in the village of Kopyliv, Kyiv region. /Valentyn Ogirenko/Rueters

A view shows a crater left by a Russian missile in the village of Kopyliv, Kyiv region. /Valentyn Ogirenko/Rueters

Russian missile attacks have hit critical infrastructure in Kyiv and the eastern city of Kharkiv with the governor of another region warning that a massive missile strike could follow in the coming hours.

"Explosions in Dniprovskiy district. All agencies heading to the site. Stay in your shelters!" Kyiv Mayor Vitali Klitschko wrote on the Telegram messaging app.

Russia has continued to target Ukraine's energy infrastructure since October, causing blackouts and breakdowns in the country's heating and water networks as winter hits.

"Our emergency services units and energy workers are working to liquidate the consequences and stabilize the situation with energy supplies," he said.

Residential infrastructure was also hit in the village of Kopyliv in the Kyiv region just outside the capital. The windows and roofs of 18 privately owned houses were shattered or damaged by the blast, Oleksiy Kuleba, the regional governor, said.

The governor of the central Cherkasy region said that a large-scale Russian missile strike could hit later on Saturday.

The strikes come after Russia said on Friday that its forces had taken control of the strategic salt mining town of Soledar, in what would be a rare success for Moscow after months of battlefield reverses.

However, Kyiv said its troops were still fighting in the town. Ukraine has played down the town's significance, saying Moscow incurred huge losses to seize a bombed-out wasteland, a goal which was unlikely to affect the wider war.

However, if Russia has indeed seized the town, it would make it possible to cut off Ukrainian supply routes to the nearby city of Bakhmut and encircle remaining Ukrainian forces there, a strategic aim of Moscow's for several months.