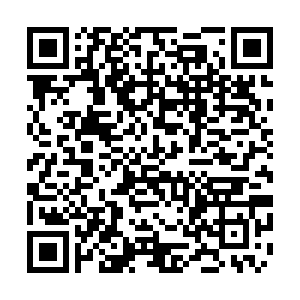 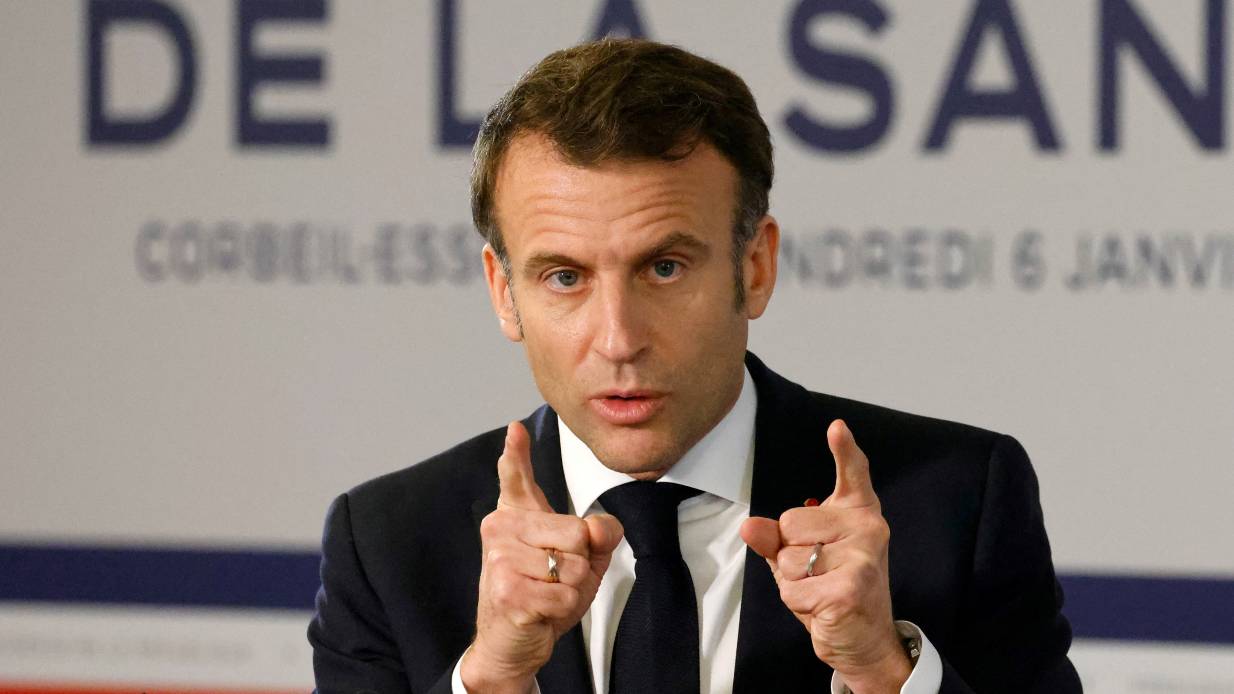 France's biggest trade unions have called for what could be the country's largest-scale walkouts in decades after President Emmanuel Macron's government vowed to push through a controversial law to raise the retirement age.

With a bitter standoff and weeks of disruption expected, here's what you need to know about France's pension reforms, why they're so unpopular, and how likely it is that the widespread opposition will stop them being enshrined in law.

The details of Macron's flagship pension reform have changed multiple times since he came to power in 2017, but the most recent key proposals are for the legal retirement age to be increased from 62 to 64.

Another major shift will be faster increases in the minimum number of years that workers will have to make contributions in order to receive a full pension. The 41-year minimum period will be raised to 43 years by 2027, eight years earlier than expected.

That means millions essentially working for longer to get the full payment. 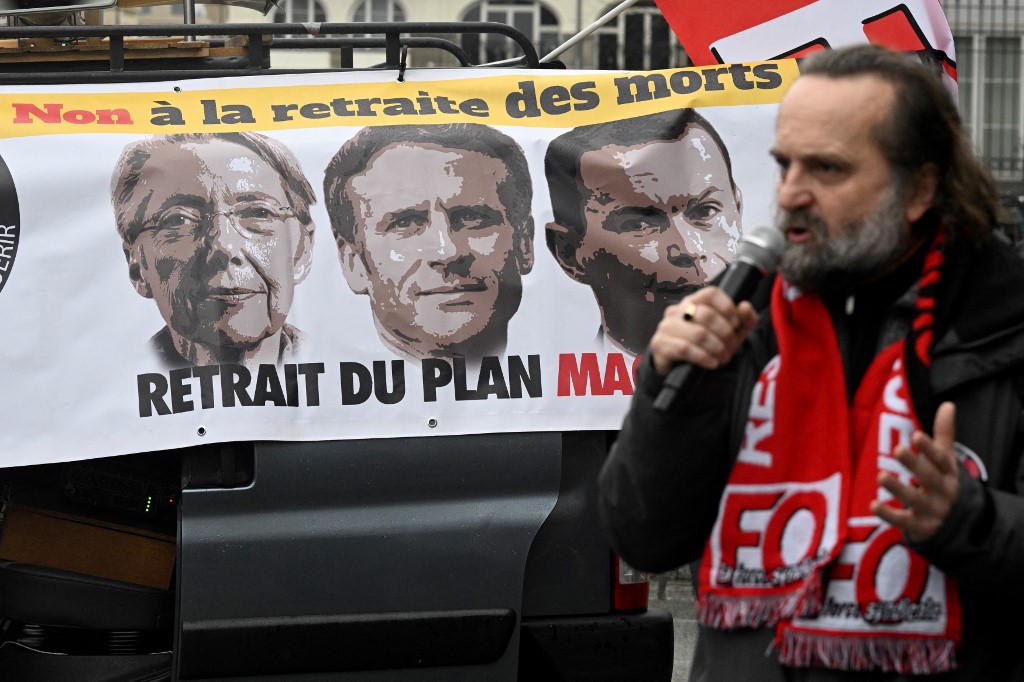 A union leader speaks in front of a banner bearing portraits of France's prime minister, president and labor minister reading "No pension for the dead." /Damien Meyer/AFP

A union leader speaks in front of a banner bearing portraits of France's prime minister, president and labor minister reading "No pension for the dead." /Damien Meyer/AFP

The reforms also spell the end of special pension privileges for workers in some sectors, like rail employees, lawyers, energy workers, police, and those manning the Paris transport network.

The measures are heavily watered down from the centrist leader's erstwhile pledge for a harsher overhaul of the system, which he was forced to abandon amid massive protests and the arrival of the COVID-19 pandemic.

It's also a backdown from proposals made ahead of his 2022 reelection, when the 45-year-old wanted to push the retirement age up to 65 by 2031. 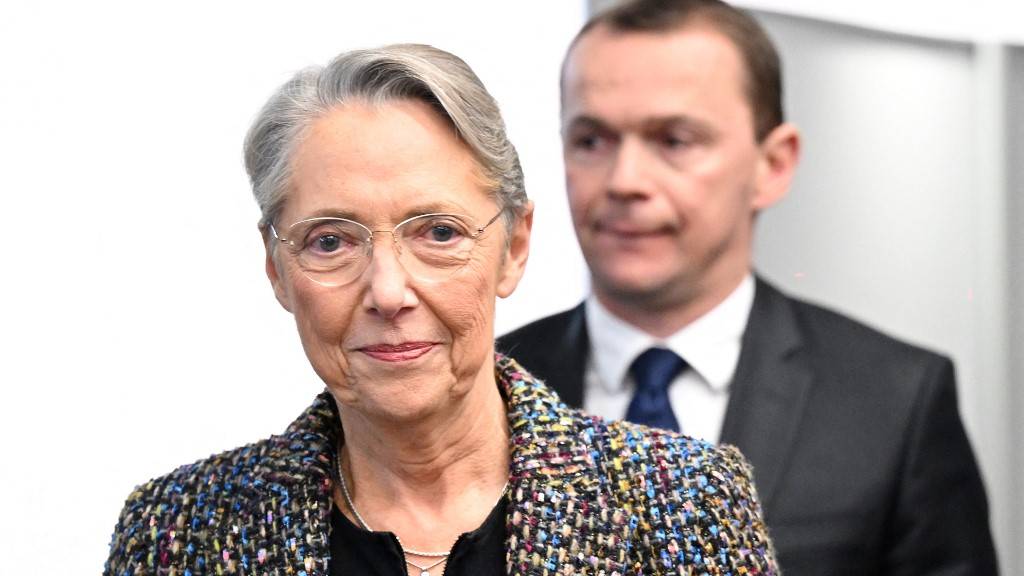 While the full details are yet to be unveiled, Prime Minister Elisabeth Borne presented the outlines of the plans to parliament, where she argued the changes were necessary to plug projected deficits in the retirement system – especially in a country with a rapidly ageing population.

To not act, she said, "would lead inevitably to a massive increase in taxes, a reduction in pensions and would pose a threat to our pensions system."

However, in a historic show of force, all of France's major trades unions have rejected these arguments, along with the majority of France's population, calling for a day of protests and strike action on January 19 which they hope will "kick off a powerful movement for pensions for the long term."

Why is there so much opposition?

In some respects, France has one of the most generous pension systems in Europe.

French workers retire on average at 62.3 years of age, according to European Commission data from 2019. That's much earlier than Italy, where workers usually take their pensions at the average age of 65.5 years, or in Germany at 64.6.

French pensioners also receive on average 54.4 percent of their last pay slip. That's higher than in Germany, where the figure is just 39.8 percent, but lower than Mediterranean countries like Spain and Portugal, where pensions are 77 and 74 percent of former earnings. 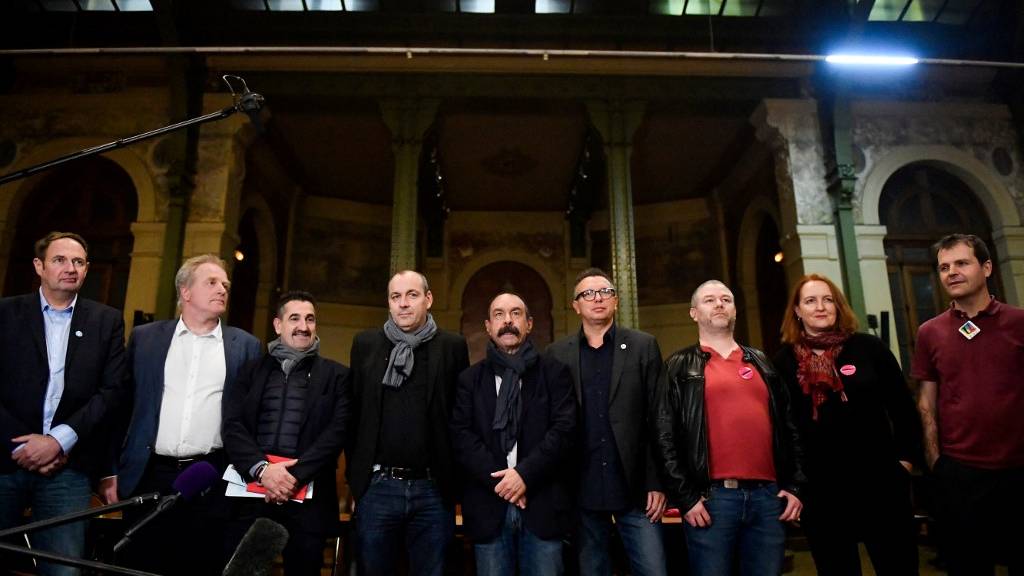 Representatives from France's biggest unions have agreed to back a day of national strike action against the planned pension reform. /Julien de Rosa/AFP

Representatives from France's biggest unions have agreed to back a day of national strike action against the planned pension reform. /Julien de Rosa/AFP

However, unlike other European countries, most French citizens depend completely on the state pension system, as there are limited company or private pension schemes.

That's perhaps why the response is so strong, with opinion polls showing around two thirds of people in France oppose raising the retirement age.

Anger towards the planned squeeze on pension benefits has also grown amid skyrocketing inflation in a country still recovering from the pandemic.

The government has tried to soften opposition by promising to increase the pension for low-income workers to nearly 1,200 euros ($1,290) a month, while pointing to allowances for people in ill health or physically demanding jobs.

The plans also allow for those who started working before the age of 20 to get early retirement, while four out of 10 workers will not need to reach the new limit of 64 for a pension. 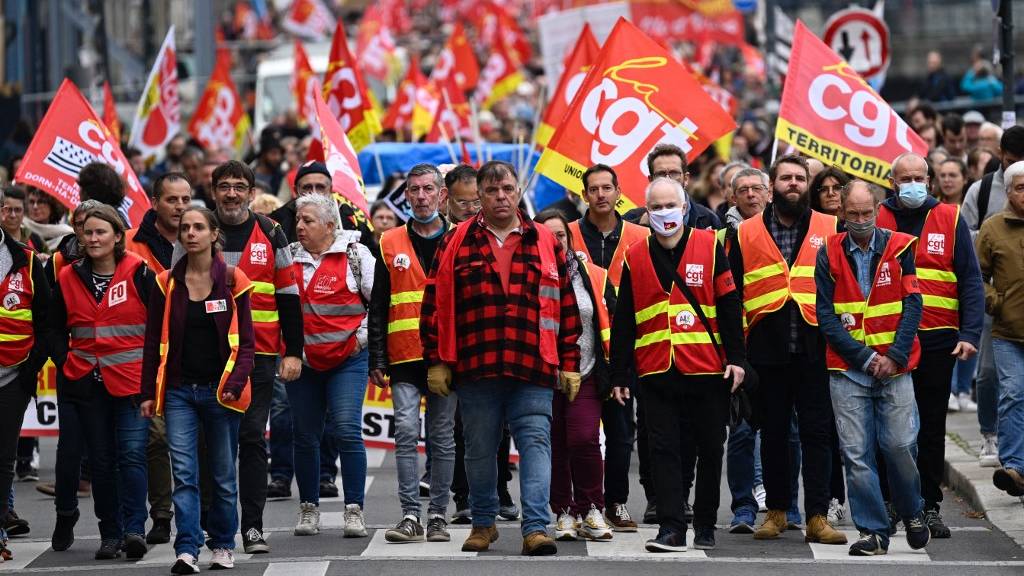 But opponents say the reform is still unfair because it will disproportionately affect unskilled workers, many who started their careers earlier than their third-sector counterparts.

French economist and author Thomas Piketty wrote in Le Monde newspaper that the government's projected savings of €20 billion ($21.6bn) a year by 2030 "will weigh down entirely on the poorest."

France's left and far-right parties have also hit out at the reforms, with the leader of left-wing La France Insoumise party Jean-Luc Melenchon describing the government's plans as a "serious social regression."

And then there's the response from trade unions. They say that instead of making employees work longer, the government could instead plug the retirement deficit through higher worker and employer pension contributions.

To reinforce that message, they have pledged to fight the reform tooth and nail, which could spell major trouble for Macron's government.

What chance is there of it getting through?

Despite public opposition, Macron and his prime minister are expecting to be able to push the pension reforms through France's hung parliament, all without having to invoke presidential emergency powers.

That's after the right-wing Republicans party suggested on Thursday it would in theory vote in favor of the government's plans. Its 62 parliamentary representatives will demand some changes to the bill in return for their support, but the Republicans' backing could mean the legislation is passed as soon as next month. 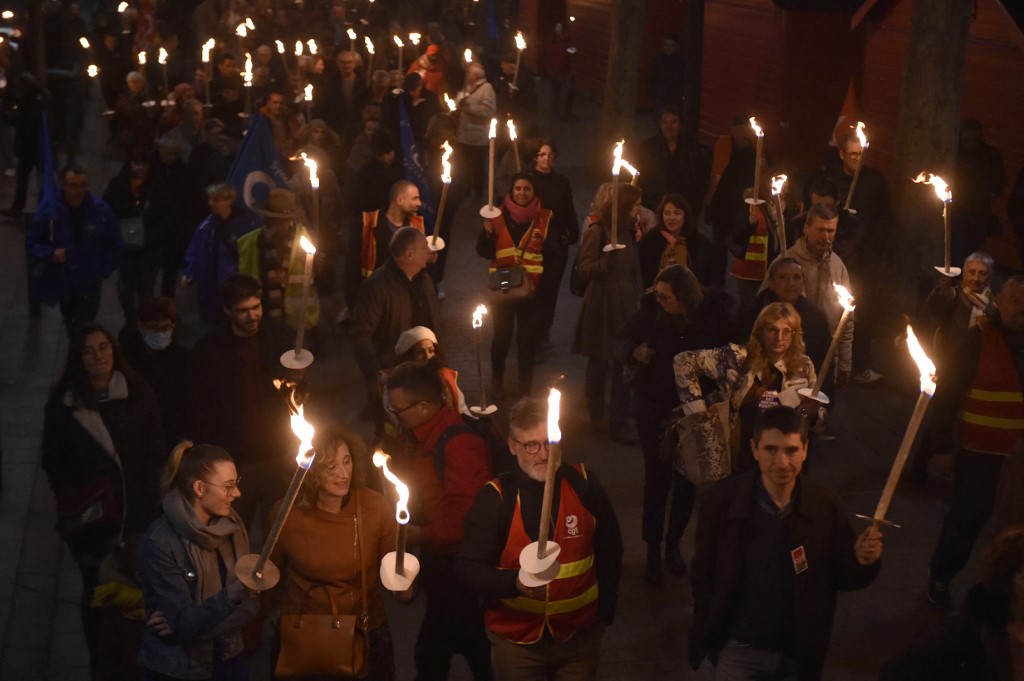 The main issue, however, will be whether Macron's party can withstand the pressure of crippling strikes and demonstrations against the reforms.

There's precedent for such action forcing governments to back down in France. Strikes and protests led former president Jacques Chirac to withdraw his 1995 pension reform, while civil disobedience has already postponed Macron pushing through his proposals.

The national strike next week will be the government's first test. Unions representing French oil workers have announced they will join the mass walkout, which will likely mean a repeat of the huge queues at French petrol stations last year.

The strikes on January 19, set to be repeated over the coming month, also takes place at a moment when public services are at full stretch and public anger is growing over rising prices.

The legislation and the momentum from the consequent strikes could could also see a repeat of the spontaneous demonstrations in 2018 when the "Yellow Vest" protest movement brought France to a standstill, forcing Macron to promise a gentler style of governing. 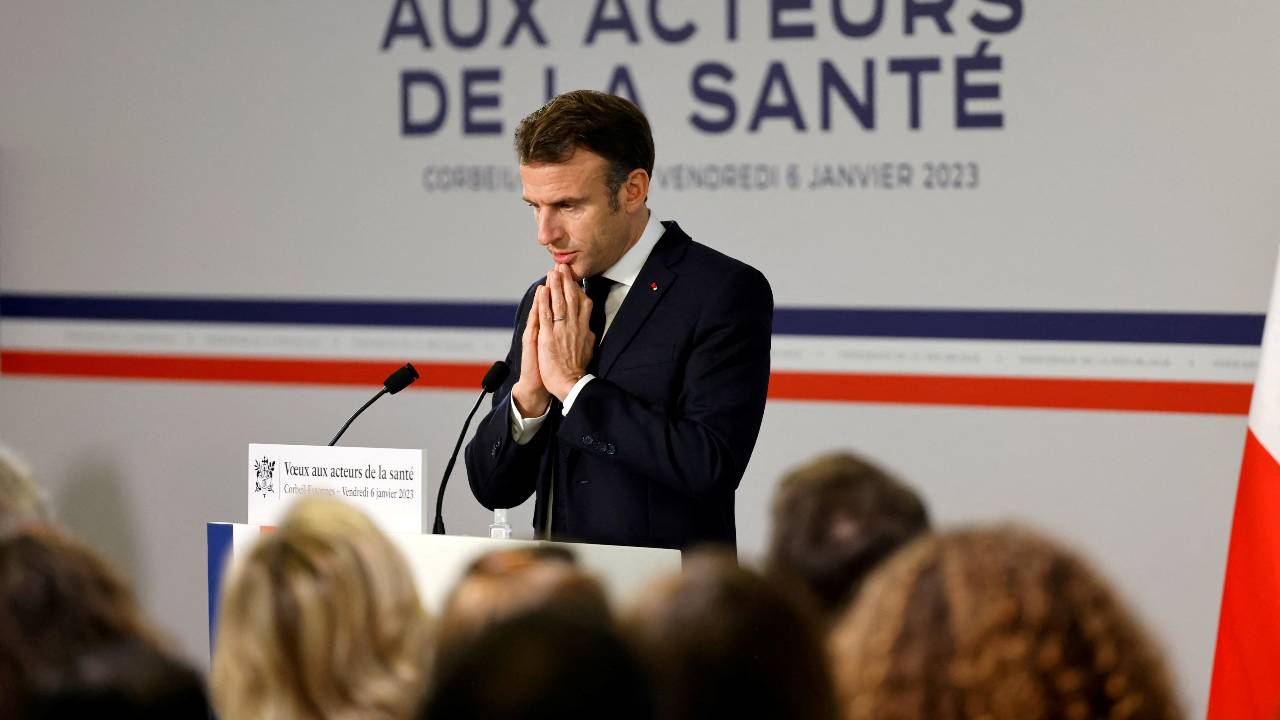 However, ministers have sought to play down such risks of mass opposition leading to a government u-turn this time around. The government is "not focusing on the possibility of massive protests or the impact of these protests," according to spokesperson Olivier Veran.

Asked whether he feared the coming battle with the unions, he replied: "It doesn't scare me."

"In the modern history of our country, every time that people have needed to work a bit longer, every time we've needed to reform the pension system... there have been protests."

However, some ruling party lawmakers have voiced concern, with one of Macron's closest political allies, Francois Bayrou, warning that the government had not explained itself sufficiently to "quell anxiety and fears among French people."

However, Macron and his team appear to be hoping that the current mood of fatalism in France will translate into accepting a reform that is widely disliked but seen by many as inevitable.

But whatever the outcome of the pensions debate, both the credibility of Macron and France's unions are on the line. And with such high stakes, the chance of the bill going through is far from certain.