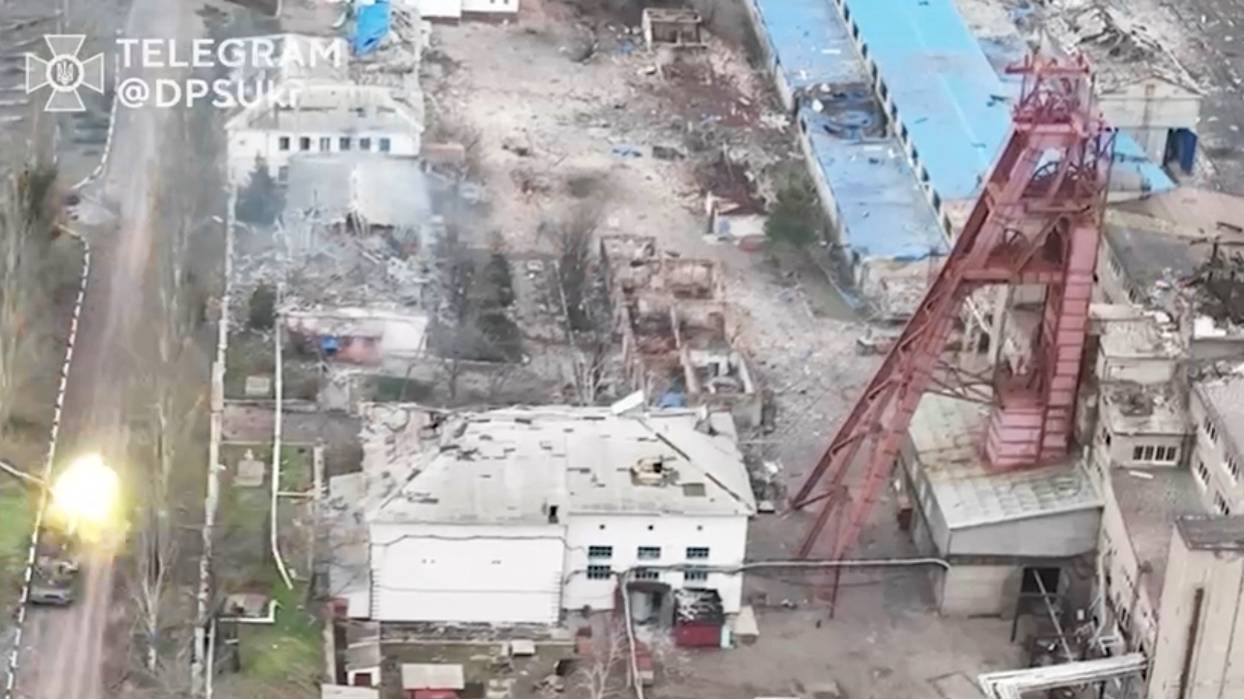 A tank fires a round in Soledar as Ukraine attempts to push back Russia's offensive in the Donetsk salt mining town. /State Border Guard Service Of Ukraine/Reuters

A tank fires a round in Soledar as Ukraine attempts to push back Russia's offensive in the Donetsk salt mining town. /State Border Guard Service Of Ukraine/Reuters

· Russia's mercenary Wagner Group has claimed to have taken control of Soledar, while Moscow's defense ministry said that its airborne units had surrounded the city. That's despite Kyiv's claims that its forces were holding out in the commercially, militarily and symbolically strategic Donetsk city. READ MORE BELOW

· Kyiv says Russian forces are continuing their bombardment of the key city of Avdiivka, a second focus of Russia's campaign in Donetsk, just south of Bakhmut and not far from the regional capital Donetsk, occupied by Russian-backed separatists since 2014.

· Ukraine and Russia have agreed to exchange prisoners of war after Russia's human rights commissioner met with her Ukrainian counterpart in the Turkish capital of Ankara, where "important words about the need for a ceasefire" were discussed.

· Ukraine's president Volodymyr Zelenskyy has revoked the Ukrainian citizenship of four political figures including pro-Kremlin politician Viktor Medvedchuk, who was traded with Russia last year in a prisoner of war exchange.

· Colonel-General Alexander Lapin has been announced as the new chief of staff of Russia's ground forces, despite domestic criticism over his alleged responsibility in losing the strategic Ukrainian city of Lyman last year.

· One of Putin's closest allies has claimed that Moscow is now effectively fighting NATO in Ukraine. Security Council Secretary Nikolai Patrushev added that the West was trying to wipe Russia from the political map of the world.

· Ukrainian troops are expected to start training on the Patriot missile defense system at a military base in the U.S. in coming weeks, a Washington official said. The U.S. will provide Kyiv with a Patriot missile battery, but questions remain over the impact of the game-changing – and expensive – system on defending Ukrainian aerospace. 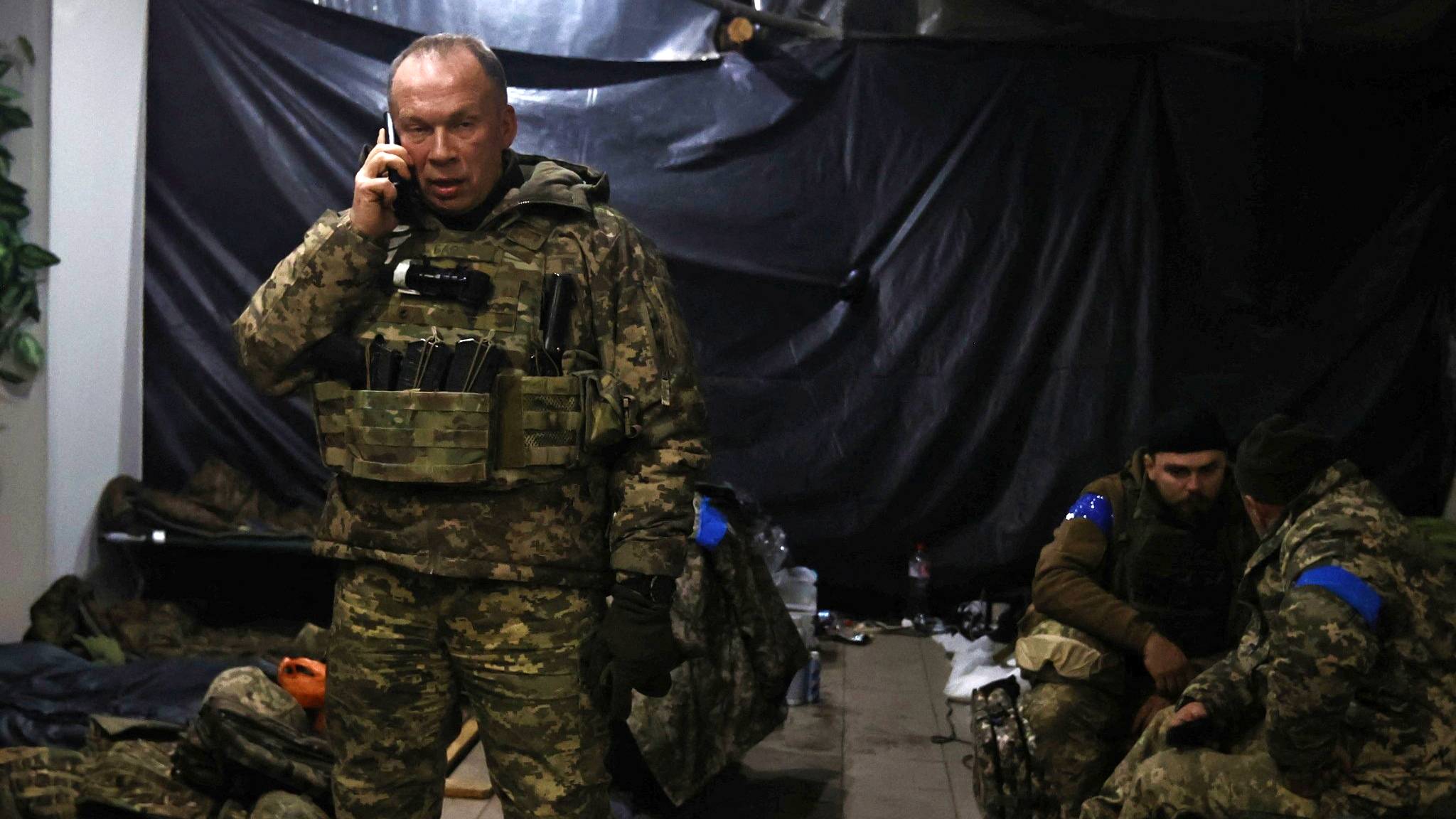 Soledar on the brink

Ukraine's military has denied that Moscow's forces have taken control of the eastern town of Soledar, after the Russian mercenary group Wagner claimed to have seized "the entire territory" of the strategic salt-mining town.

Serhiy Cherevatyi, spokesperson for Ukraine's eastern military command, said that Ukrainian forces had not allowed Moscow's forces to break through its front lines. That's after Moscow's defense ministry said its units had surrounded the city's north and south.

Stating that the intensity of battles in the area were comparable to fighting in World War II, Cherevatyi said the town "was not under the control of the Russian Federation. There are fierce battles going on now."

He said the military command was "working now on how to stabilize the situation with the maximum impact for the enemy and minimum losses for Ukraine."

Cherevatyi added that Russian forces were using Soviet-era weapons and armored vehicles with some modernized elements to launch their attack.

"Our partners are providing us with more modern weapons," he said, adding that Western weapons were more precise and were giving Ukraine a strategic advantage.

The Kremlin said Russia was making progress in its military operations around Soledar and had positive momentum, but Kremlin spokesperson Dmitry Peskov said: "Let's not rush, let's wait for official statements. There is a positive dynamic in progress."

Wagner head Yevgeny Prigozhin, an ally of Russian President Vladimir Putin, said late on Tuesday: "Wagner units took control of the entire territory of Soledar. A cauldron has been formed in the center of the city in which urban fighting is going on."

The mercenary group added that heavy fighting was still going on in the town, a platform which Moscow hopes so it can reinforce its attack on the nearby city of Bakhmut, which has held out for months against Russian forces.

A victory in Soledar would be Russia's most substantial gain since August after a series of retreats throughout much of the second half of 2022.

Denis Pushilin, leader of the Russian-controlled part of Ukraine's Donetsk province, said its capture would open up the prospect of seizing much more significant towns further west in the so-called Donetsk People's Republic, one of four provinces Russia declared it was formally integrating into its own territory three months ago.

"The opportunity to liberate Artyomovsk [Bakhmut] and Siversk is now multiplied. This is the long-awaited entry to the bridgehead of Kramatorsk, Sloviansk. And this is actually a turning point, now preparations are under way for the moment we have been waiting for – the liberation of the Donetsk People's Republic."