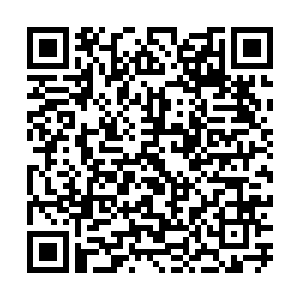 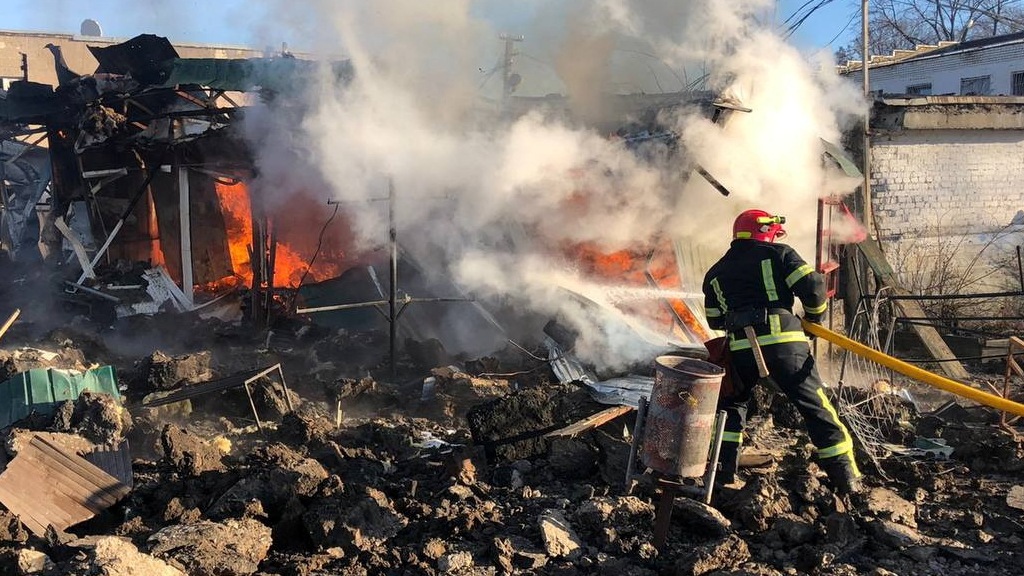 A market in Shevchenkove in Kharkiv was hit by Russian missiles. /Governor of Kharkiv region Oleh Sunehubov via Telegram/Reuters

A market in Shevchenkove in Kharkiv was hit by Russian missiles. /Governor of Kharkiv region Oleh Sunehubov via Telegram/Reuters

· The Kremlin has rubbished a Ukrainian assertion that a senior Russian official has been floating the idea of a potential peace deal over Ukraine with European officials, with their spokesman calling it "another fake." READ MORE BELOW

· Ukraine is strengthening its forces in the eastern Donbas region and repelling constant attacks on Bakhmut and other towns there by Russian mercenary group Wagner, according to Ukrainian authorities. READ MORE BELOW

· The Kremlin said new deliveries of Western weapons to Kyiv would "deepen the suffering of the Ukrainian people" and would not change the course of the conflict.

· Russian-backed separatist forces in the eastern Donetsk region of Ukraine claim they have seized a village near the key city of Bakhmut that Moscow has been trying to capture for months.

· A 60-year-old woman was killed and several other people were wounded in a Russian missile strike on a market in the village of Shevchenkove in eastern Ukraine, say Ukrainian officials.

· Russia's government extended support to a legislative amendment that would classify maps that dispute the country's official "territorial integrity" as punishable extremist materials, the state-owned TASS news agency has reported.

· A Russian missile attack on the Ukrainian city of Kramatorsk missed its targets and there were no obvious signs of casualties, according to a Reuters reporter, after Moscow claimed the strike killed 600 Ukrainian soldiers.

· Pope Francis said wars such as the Ukraine conflict where civilian areas are subjected to what he called indiscriminate destruction are "a crime against God and humanity." 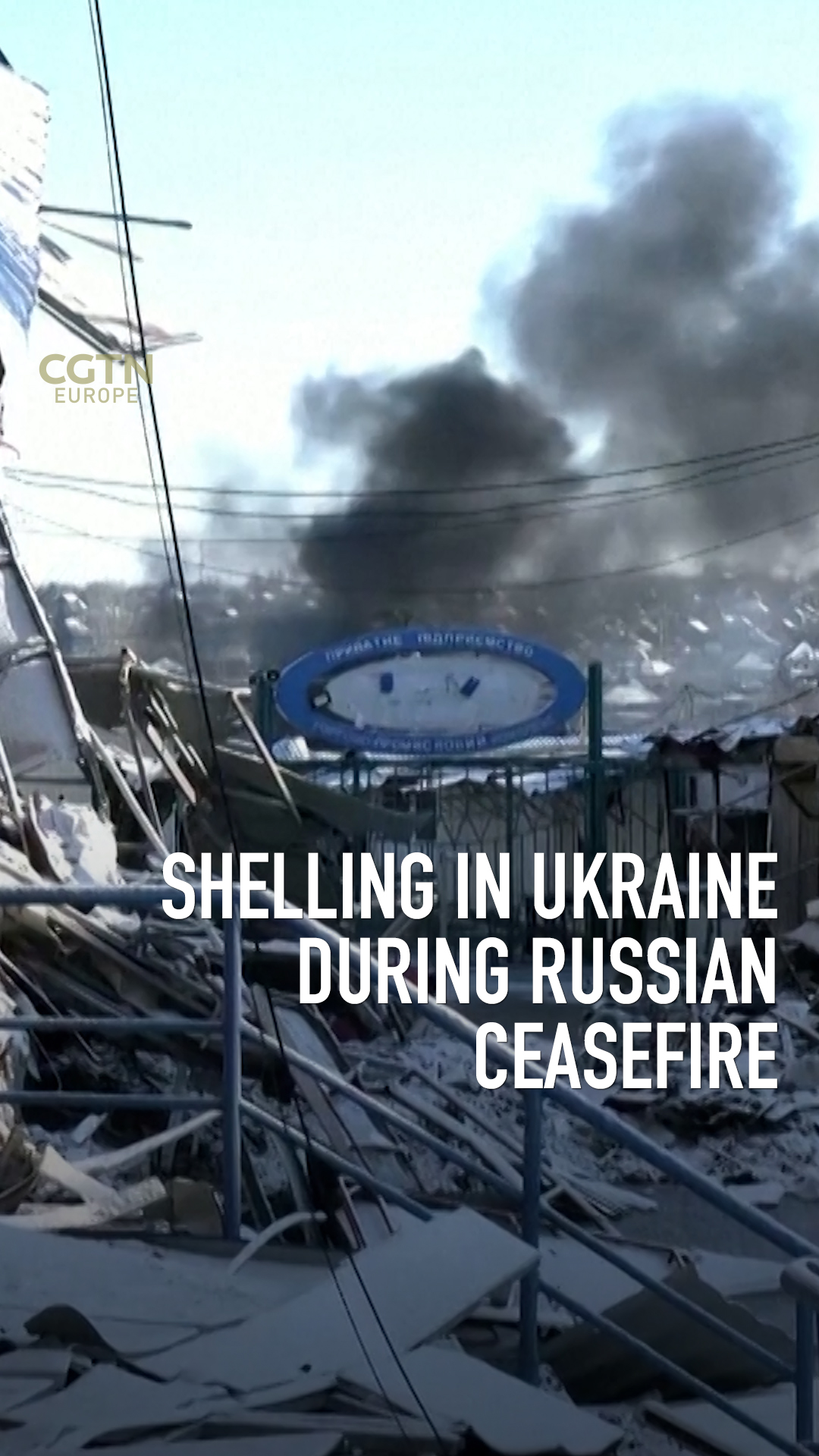 The Kremlin has rubbished Ukrainian assertions that a senior Russian official has been floating the idea of a potential peace deal over Ukraine with European officials.

Oleksiy Danilov, secretary of Ukraine's National Security and Defence Council, told the country's public broadcaster on Thursday that Dmitry Kozak, deputy head of Russia's presidential administration, had been holding meetings with European officials trying to force Kyiv to sign what he characterized as an unfavorable peace deal.

Kremlin spokesman Dmitry Peskov, when asked about Danilov's assertion, said it was "another fake." 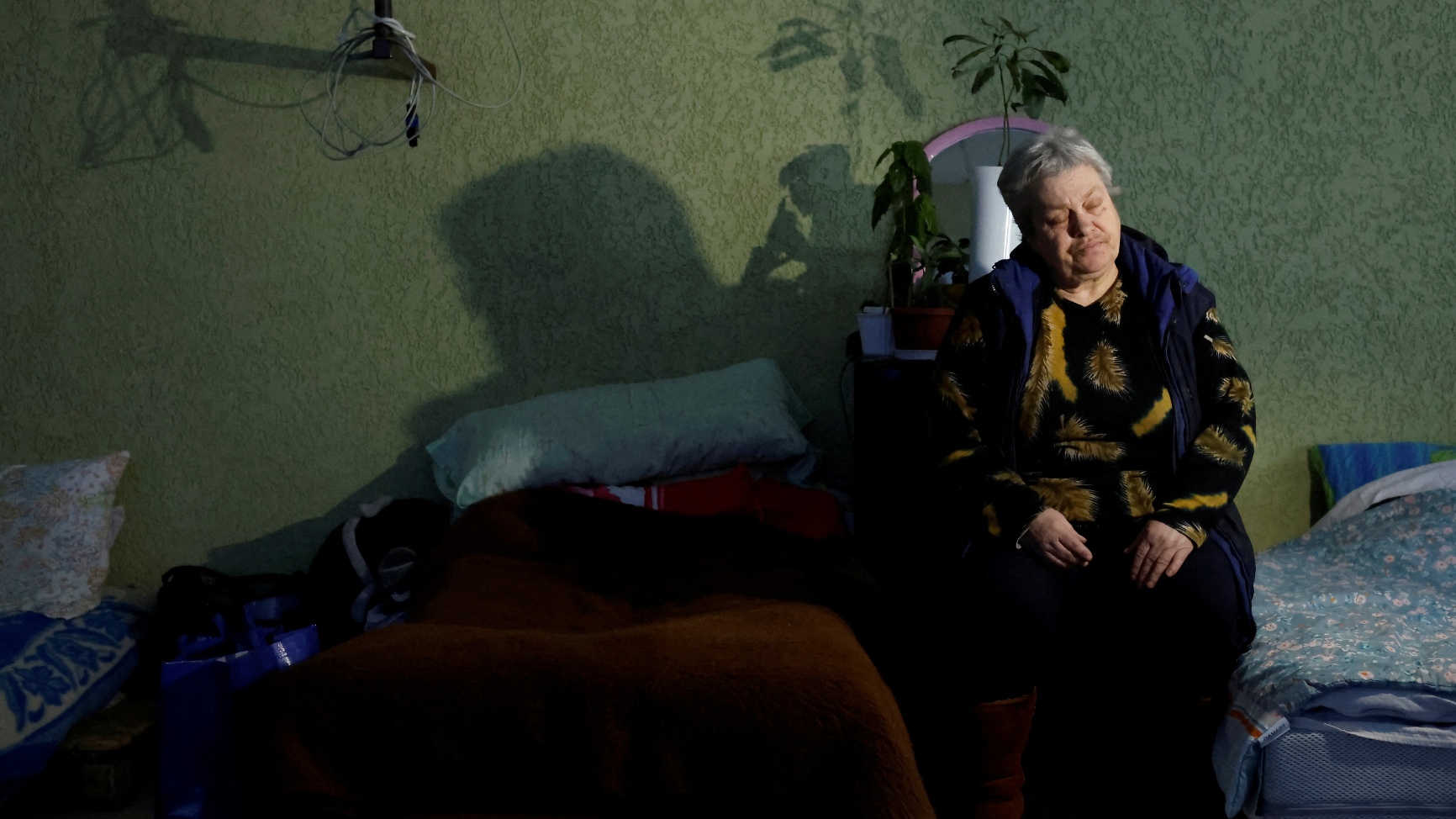 A Soledar resident waits for an evacuation train to Dnipro. /Clodagh Kilcoyne/Reuters

A Soledar resident waits for an evacuation train to Dnipro. /Clodagh Kilcoyne/Reuters

Battle rages on in Bakhmut

Ukraine is strengthening its forces in the eastern Donbas region and repelling constant attacks on Bakhmut and other towns there by Russian mercenary group Wagner, Ukrainian authorities said.

Reinforcements had been sent to Soledar, a small town near Bakhmut where the situation was particularly difficult, they said.

"The enemy again made a desperate attempt to storm the city of Soledar from different directions and threw the most professional units of the Wagnerites into battle," Ukraine's military said in a statement.

President Volodymyr Zelenskyy said on Sunday that Bakhmut and Soledar were holding on despite widespread destruction.

"Our soldiers are repelling constant Russian attempts to advance," he said, describing the situation in Soledar as "very difficult."

Further north in the Kharkiv region, a Russian missile strike on the local market wounded seven civilians, including a 13-year-old girl, the regional center of emergency medical assistance said.

Yevgeny Prigozhin, founder of the Wagner mercenary group which has been trying to capture Bakhmut and Soledar for months in grinding warfare that has cost many lives on both sides, said at the weekend its significance lay in the network of mines there.

"It not only (has the ability to hold) a big group of people at a depth of 80-100 meters, but tanks and infantry fighting vehicles can also move about," he said.

Military analysts say the strategic military benefit for Moscow would be limited. A U.S. official has said the Wagner group is eying the salt and gypsum from the mines there.