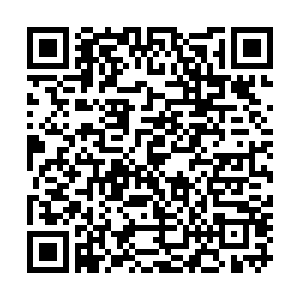 The head of the International Monetary Fund (IMF) has warned that 2023 is going to "tougher than the year we leave behind," and that a third of the global economy is expected to be in recession in this calendar year – but economist Vicky Pryce has told CGTN that the outlook may not stay bleak for long.

IMF Managing Director Kristalina Georgieva made her forecast "Because the three main economies – the U.S., EU and China – are all slowing down simultaneously." However, Pryce, a Greek-born British economist and former joint head of the UK's Government Economic Service, expects the short-term trouble to be balanced by a bounceback before the end of the year.

"Most expectations are that after those first few months, we might see a bounceback in China and elsewhere," Pryce told CGTN. "So yes, the year overall may not be very good, but we might see this pattern behind early on and an improvement later."

One of the key worries for economists is inflation, and Pryce noted that many authorities are moving to control inflation in movies which she describes as "synchronized" but not "coordinated."

"Inflation is an international issue – I'm not sure whether we can in each country do anything very much about it in the short term," she admitted. "But lots of central banks are now raising interest rates in order to reduce demand in the economy and control inflation. And that looks synchronized, even though it's not coordinated."

Outlining her confidence that the global economy can recover, Pryce pointed to already existing signs of control returning.

"Unless there is an escalation again of the war in Ukraine, what we're likely to be seeing is a continuation of recent trends," she said. "Oil prices stabilizing, possibly coming down – they've already come down quite a lot. Gas prices have fallen substantially, we've seen international food prices reducing over a period of time."

Consumers may not yet be feeling the full effect of that burgeoning recovery – but that could be key to confidence, Pryce said.

"The problem is it takes a little bit of time for some of those impacts to be reflected in what consumers are paying at the shops, and what the input costs are for producers. That's really what is going to determine whether that business and consumer confidence comes back."