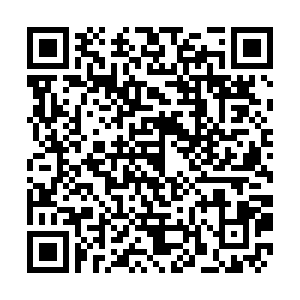 People gathered in front of the St. Sophia Cathedral in Kyiv on New Year eve before a curfew. /Valentyn Ogirenko/Reuters

People gathered in front of the St. Sophia Cathedral in Kyiv on New Year eve before a curfew. /Valentyn Ogirenko/Reuters

· A fresh round of explosions rocked Kyiv less than an hour into 2023. The first blasts of the new year began roughly 30 minutes after midnight, hitting two districts, Mayor Vitali Klitschko said on Telegram, adding there were no immediate reports of casualties. READ MORE BELOW

· Ukraine shot down 45 Russian drones overnight as the country rang in the New Year, the air force said. Ukraine's air force said in a statement that air defenses destroyed 45 "Shahed" drones. Thirteen drones were shot down at the end of 2022 and another 32 in the new year, the statement said.

· President Volodymyr Zelenskyyy said in a New Year message that his only wish for all Ukrainians for 2023 was victory and resolved to stay the course while the country fights for it. "This year has struck our hearts. We've cried out all the tears. We've shouted all the prayers," Zelenskyyy said. "We fight and will continue to fight. For the sake of the key word: 'victory'."

· Russian strikes also targeted several regions of Ukraine on Saturday afternoon, including the capital Kyiv, where the attacks killed at least one person and wounded several others, Ukrainian officials said. AFP journalists in Kyiv heard at least 10 explosions in the early afternoon.

· Ukraine's air defense shot down 12 out of 20 missiles launched by Russia on Saturday afternoon, the Ukrainian army said. Russia "launched more than 20 cruise missiles... Our air defense destroyed 12 cruise missiles," Ukraine's Commander-In-Chief General Valeriy Zaluzhny said on social media, adding that six of them were shot down over the capital Kyiv.

· President Zelenskyy said his country will not forgive Russia and its aggression after Moscow conducted a barrage of strikes just hours before the New Year. "Several waves of missile attacks on New Year's Eve. Missiles against people... No one in the world will forgive you for this. Ukraine will not forgive," Zelenskyy said on social media.

· President Vladimir Putin said in his New Year's address that "moral, historical rightness" is on Russia's side as his country faces international condemnation for its offensive in Ukraine. Putin said that this year was marked by "truly pivotal, fateful events" which became "the frontier that lays the foundation for our common future, for our true independence." READ MORE BELOW

· France will stand by Ukraine until its victory, French President Emmanuel Macron said in a New Year's Eve speech. "In the year that is starting, we will stand by you without fail," he said.

A fresh round of explosions rocked Kyiv less than an hour into 2023, after Russia had attacked Ukraine with missiles targeting the capital and other cities ahead of New Year's Eve celebrations.

The first blasts of the new year began roughly 30 minutes after midnight, hitting two districts, Mayor Vitali Klitschko said on Telegram, adding there were no immediate reports of casualties.

Ukraine shot down 45 Russian drones overnight as the country rang in the New Year, the air force said. Ukraine's air force said in a statement that air defences destroyed 45 "Shahed" drones. Thirteen drones were shot down at the end of 2022 and another 32 in the new year, the statement said.

Earlier in the evening, President Volodymyr Zelenskyy said Ukrainians would fight until victorious.

"We fight and will continue to fight. For the sake of the main word: 'victory'," he said in an address, as his country saw the old year out hours after the new wave of strikes.

"I want to say to all of you: Ukrainians, you are incredible! See what we have done and what we are doing!" Zelenskyy said in the emotional speech.

"We fight as one team - the whole country, all our regions. I admire you all. I want to thank every invincible region of Ukraine," he continued.

As Russian regions in the Far East rang in 2023, Russian leader Vladimir Putin delivered his midnight address, standing among servicemen and women who fought in Ukraine.

He told them that "historical rightness" was on their side.

At around the same time, explosions shook the Ukrainian capital where AFP journalists heard at least 11 loud blasts in the early afternoon.

Klitschko said on social media that at least one person died as a result of the attacks on Saturday while city authorities said 22 others were injured.

Putin: 'We will overcome all difficulties'

Russian President Vladimir Putin devoted his annual New Year's address to rallying the Russian people behind his troops fighting in Ukraine and pledging victory over Ukrainian "neo-Nazis" and a West supposedly intent on "destroying Russia."

In a stern and combative recorded video message, broadcast on national television, Putin cast the conflict as a near-existential fight for the future of Russia.

Its soldiers, he said, were fighting for "our motherland, truth and justice ... so that Russia's security can be guaranteed."

The speech, delivered in front of grim-faced soldiers in combat uniform, put the war squarely center-stage, telling families gathered for the year's main celebration that the months ahead would require support and sacrifice from everyone.

The message was being broadcast into millions of homes on state TV just before the clocks struck midnight in each of Russia's 11 time zones.

In the nine-minute address - the longest of his 22 years in power - Putin targeted those opposed to the conflict.

The past year, he said, had "put a lot of things in their place - clearly separating courage and heroism from betrayal and cowardice."

In a rejection of Kyiv's calls for Russian troops to leave as a precursor to negotiations, Putin said Russia was "defending our people and our historical territory."

Although Russia has not made any major battlefield gains in the past six months, Putin promised ultimate victory.

"Together, we will overcome all difficulties and preserve our country's greatness and independence," he said. "We will triumph, for our families and for Russia."