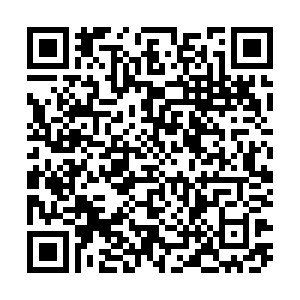 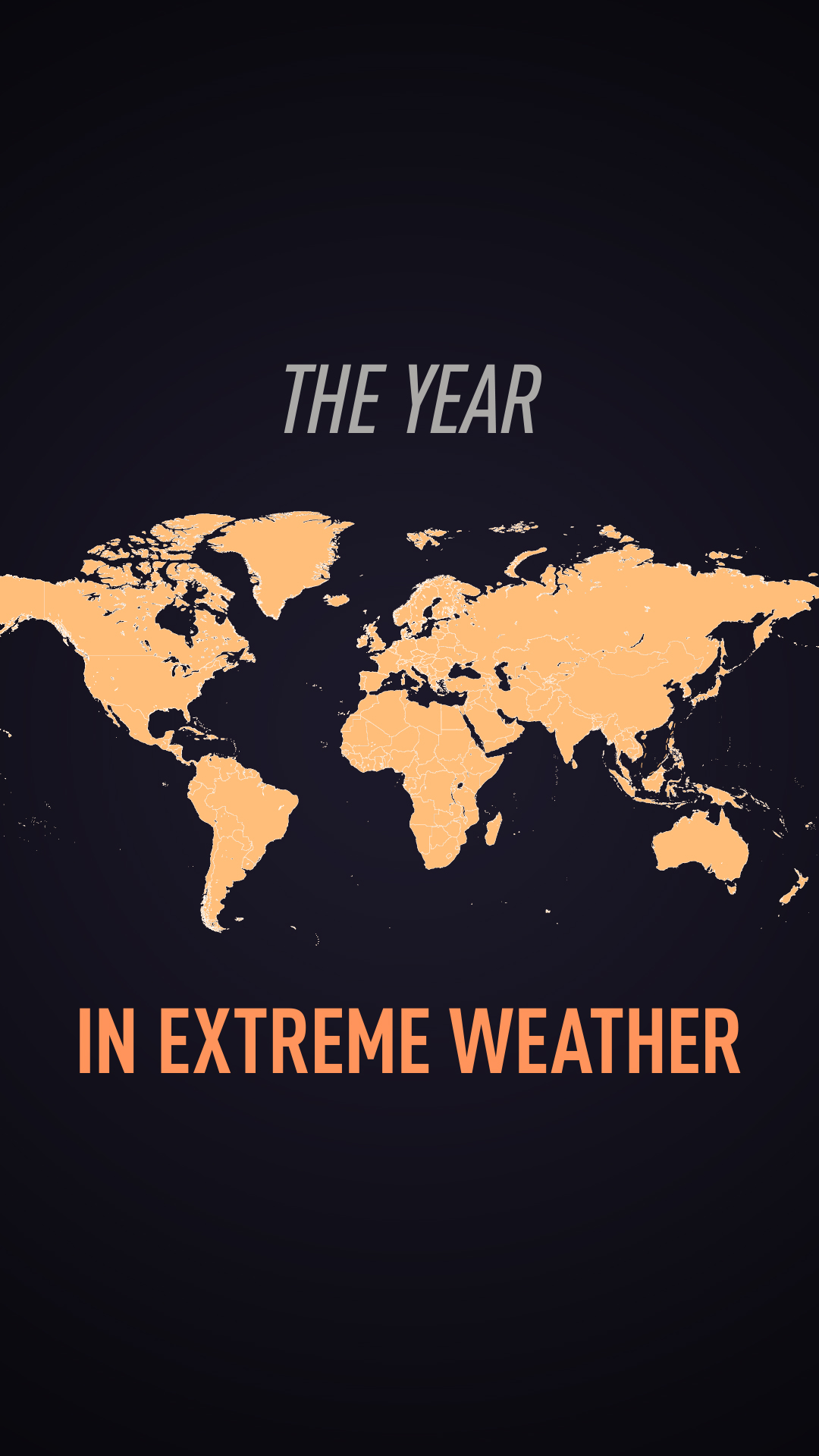 From floods in Pakistan and West Africa to drought in China and Europe, the world experienced a barrage of extreme weather events in 2022.

With an increase in the intensity of heat waves and heavy rains, wiping out crop yields and displacing millions, experts say the shift in weather patterns is down to climate change.

Here is a look at how the weather extremes unfolded across 2022.

Malaysia's monsoon rains, which started in December 2021 and continued into 2022, caused the worst flooding in the country's history, with more than 56,000 evacuated from the Malay peninsula's east coast states of Kelantan and Terengganu.

Brazil saw deadly flash floods and landslides in February caused by torrential rain in the Brazilian city of Petropolis, north of Rio de Janeiro. The death toll from the catastrophic weather event surpassed 200 and some 800 people had to be housed in emergency shelters.

The heat wave in India and Pakistan led to their hottest March since 1901. The high temperatures arrived unusually early and extended into April. Pakistan's Minister of Climate Change Sherry Rehman described it as a "spring-less year." 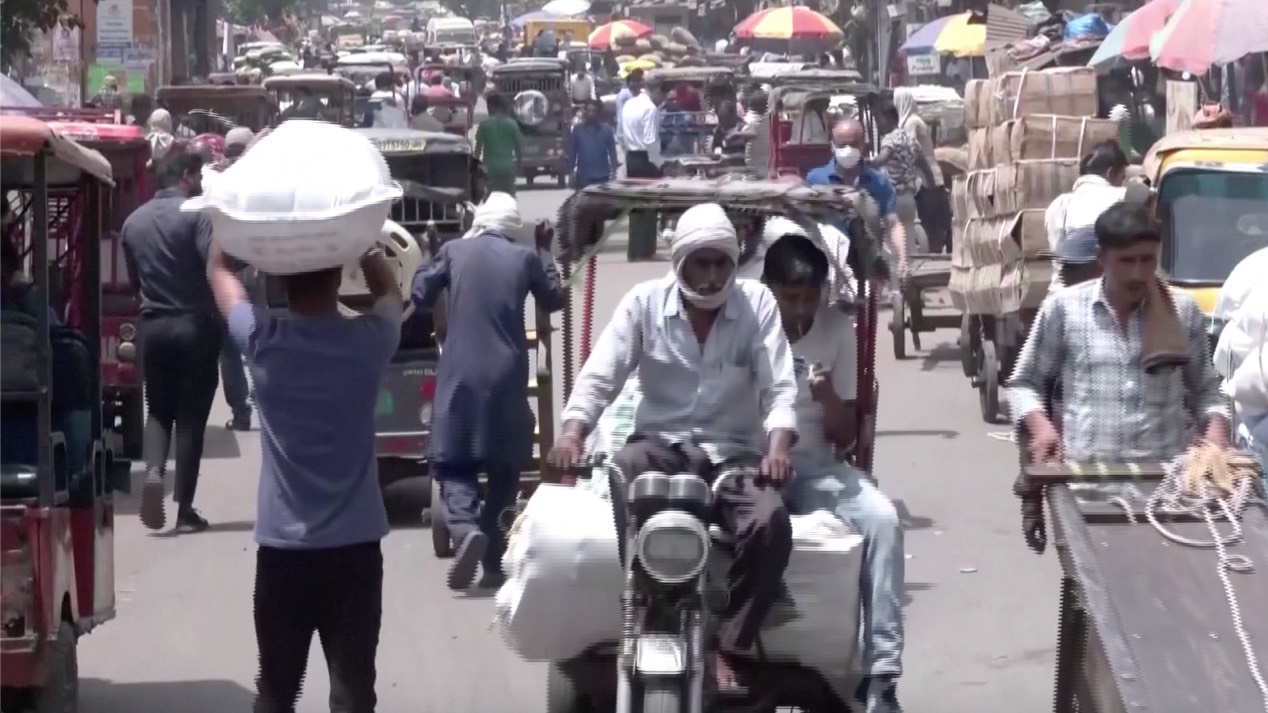 The crippling heat compounded energy shortages, with a surge in demand leaving many without power and wiping out 50 percent of some crop yields.

And the mercury soared to 50.2 degrees Celsius in southern Pakistan's city of Nawabshah, the highest temperature ever reliably measured in April for any location on Earth.

Forest fires continued to scorch several hectares of green cover in Uttarakhand and Himachal Pradesh, both states in northern India crossed by the Himalayas. In April, Himachal reported close to 750 forest fires, while Uttarakhand recorded over 1,500 such incidents. 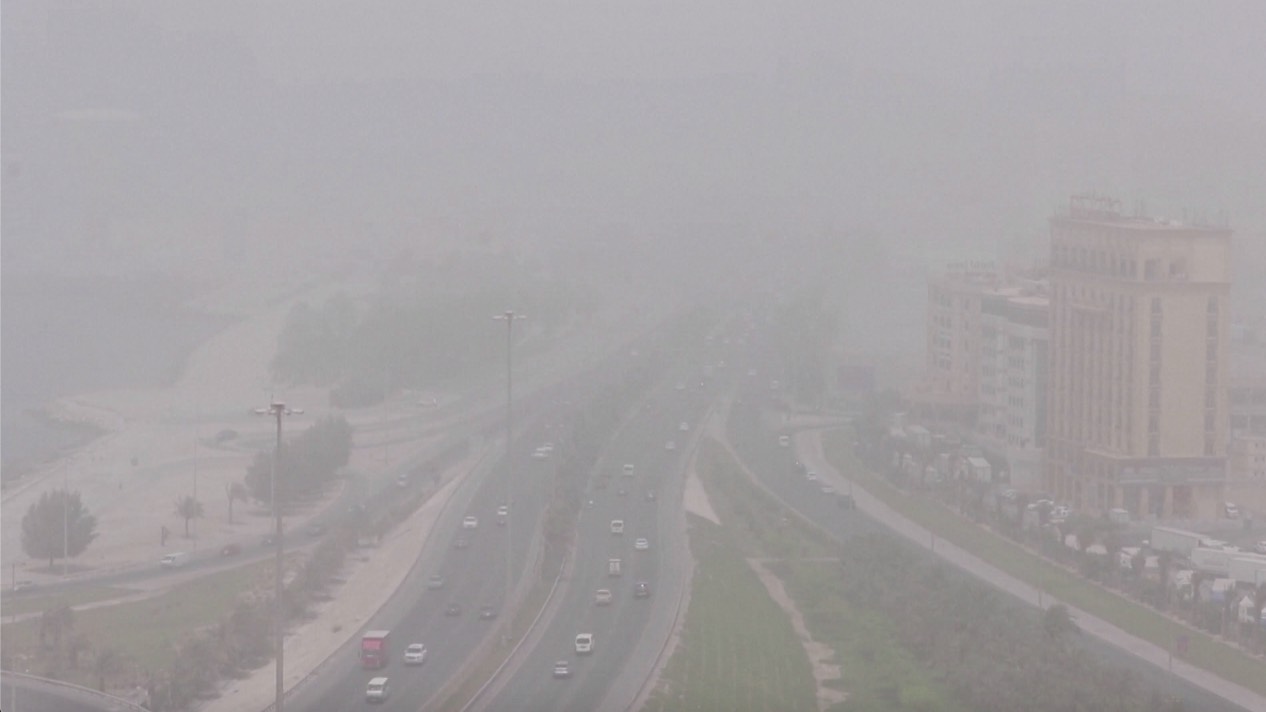 Officials and environmentalists warn that sandstorms are likely to increase in severity due to rising global temperatures. /Reuters

Officials and environmentalists warn that sandstorms are likely to increase in severity due to rising global temperatures. /Reuters

In northern Pakistan, glacial meltwater swept away a bridge in Hassanabad in May due to pre-monsoon heatwave.

The Middle East, including Iran, Iraq and Syria, were hit with sand and dust storms, causing more than 1,000 people to be hospitalized for respiratory illnesses and disrupting air travel in the region. 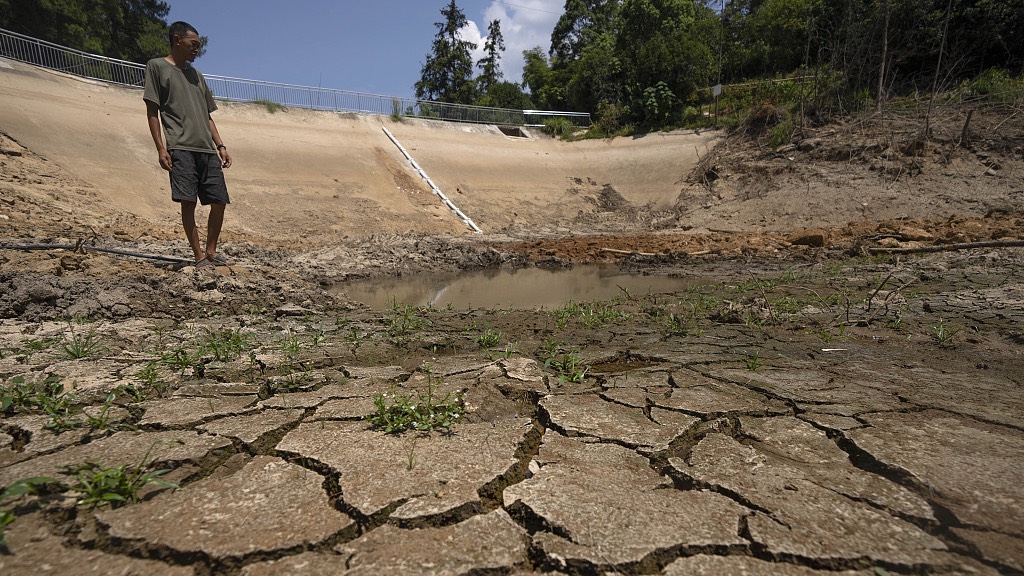 The hot weather in Chongqing cut off 66 rivers and 34 districts as the counties suffered from drought. /CFP

The hot weather in Chongqing cut off 66 rivers and 34 districts as the counties suffered from drought. /CFP

Japan recorded a temperature of 40 degrees Celsius for the first time, making it the country's hottest summer on record.

From June to August, China experienced its worst heatwave in 60 years with temperatures exceeding 40 degrees Celsius in several provinces. 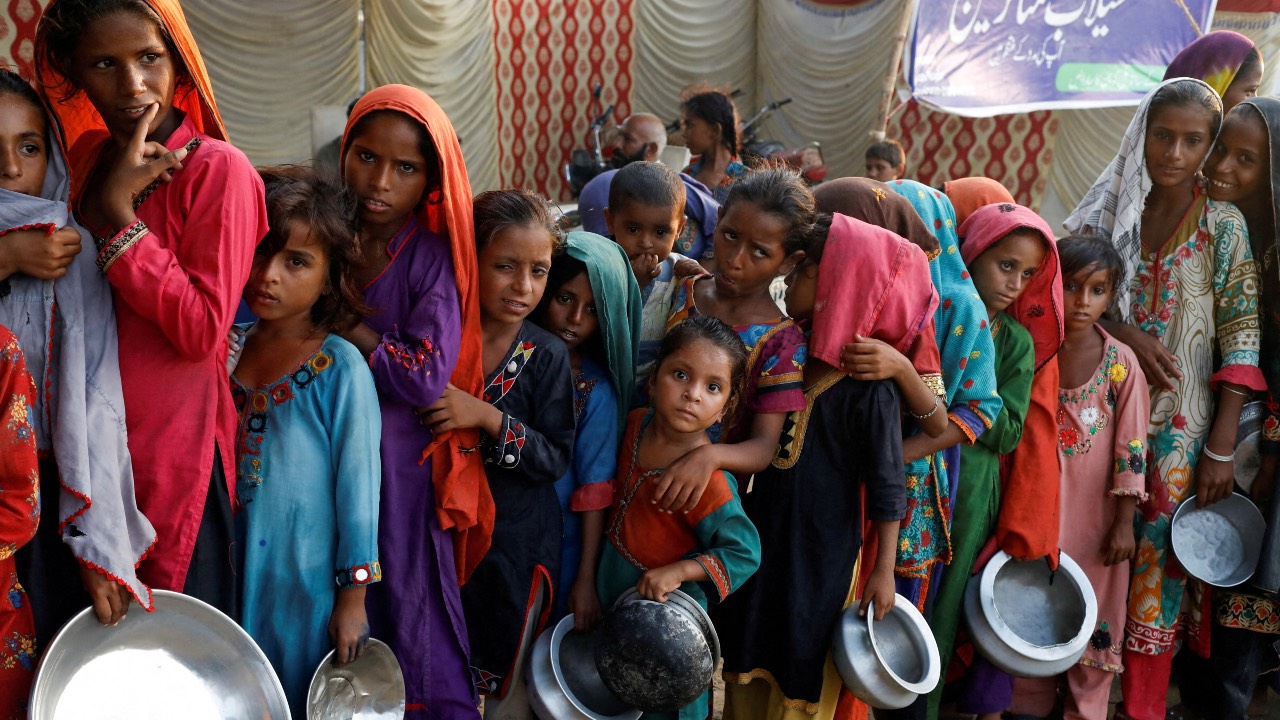 The UK recorded its hottest day on July 19, with a temperature of 40.3 degrees Celsius.

The country's wettest July and August on record saw houses, roads, bridges and rail networks washed away, with the government estimating the total damage at more than $30 billion.

The heavy rainfall between 11 and 19 June led to the spread of infectious diseases and wiped out 45 percent of the country's cotton crop, causing an estimated US$10 billion-worth of damage. 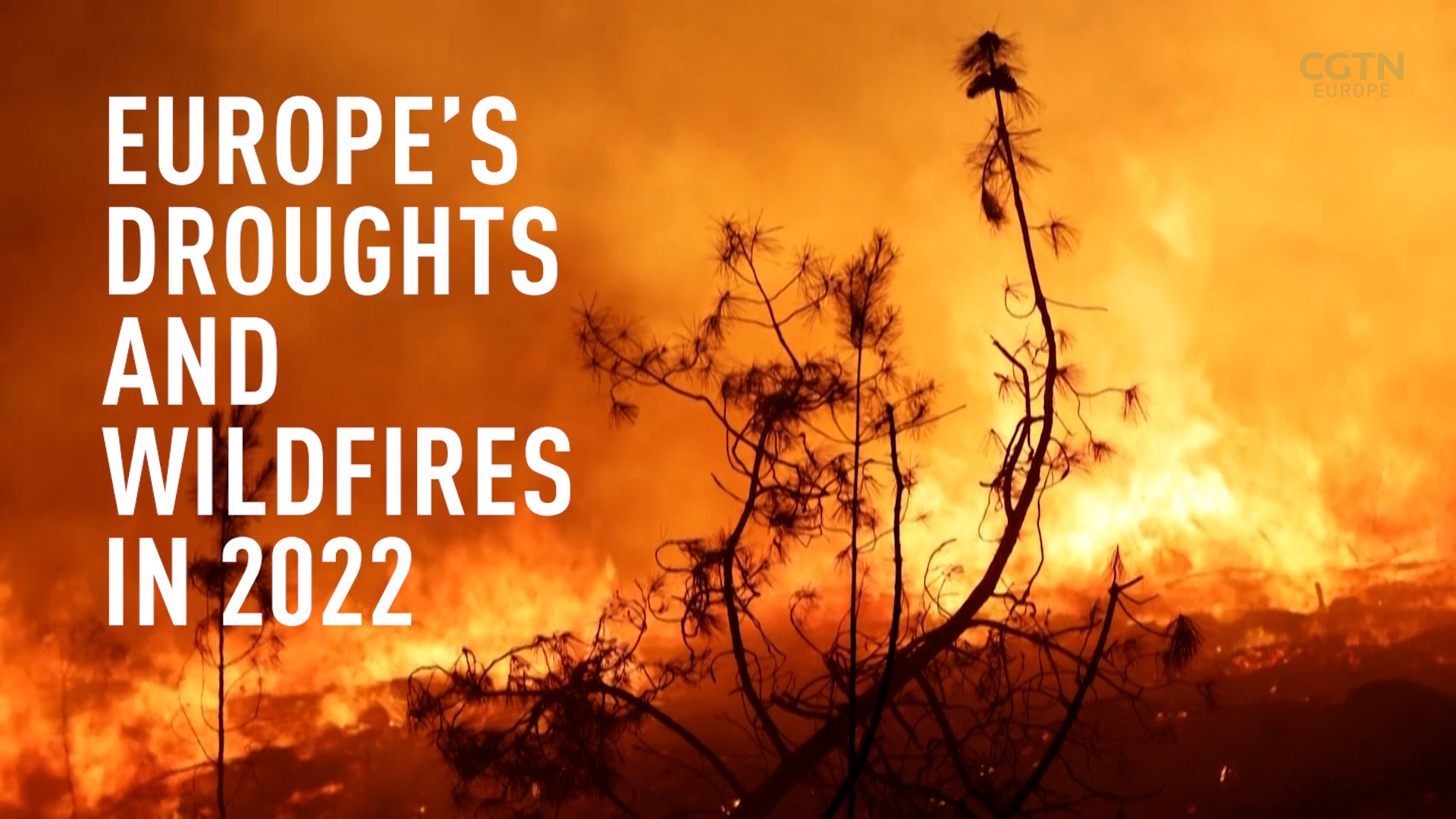 Europe also suffered its worst drought in 500 years. Experts say this kind of drought could become the continent's new normal.

Wildfires raged through several parts of the continent, burning more than 770,000 hectares.

Spain was the worst affected - with Portuguese, Greek and French firefighters battling blazes for weeks - forcing thousands to be evacuated from their homes.

The World Meteorological Organization (WMO) forecast for October - December showed high chances of drier-than-average conditions in the Horn of Africa, with Somalia, Kenya and Ethiopia suffering from the worst drought in more than 40 years.

It has driven people to hunger and the brink of famine, threatening the lives and livelihoods of 36 million people.

In the U.S., Hurricane Ian in Florida, a category 4 storm with 150 mph winds, made landfall on September 23. A total of 148 hurricane-related deaths were recorded. It is estimated to have caused a record $50 billion of damage.

The heavy rains between July and October killed over 600 people in Nigeria. /File photo/Reuters

The heavy rains between July and October killed over 600 people in Nigeria. /File photo/Reuters

The heavy rains between July and October killed at least 600 people in Nigeria, displaced more than 1.4 million people in total and swept away tens of thousands of homes and swathes of farmland, devastating a region already vulnerable to food insecurity. Chad's government declared a state of emergency over flooding affecting more than a million people in the country.

And by early October, Australia's largest city Sydney, had recorded 2,213 millimeters (87 inches) of rain in a year for the first time since records began in 1858 -  its wettest year in 164 years.

Saudi Arabia's National Center for Meteorology recorded 179.7 millimeters of rain, the highest ever recorded rainfall in the city. 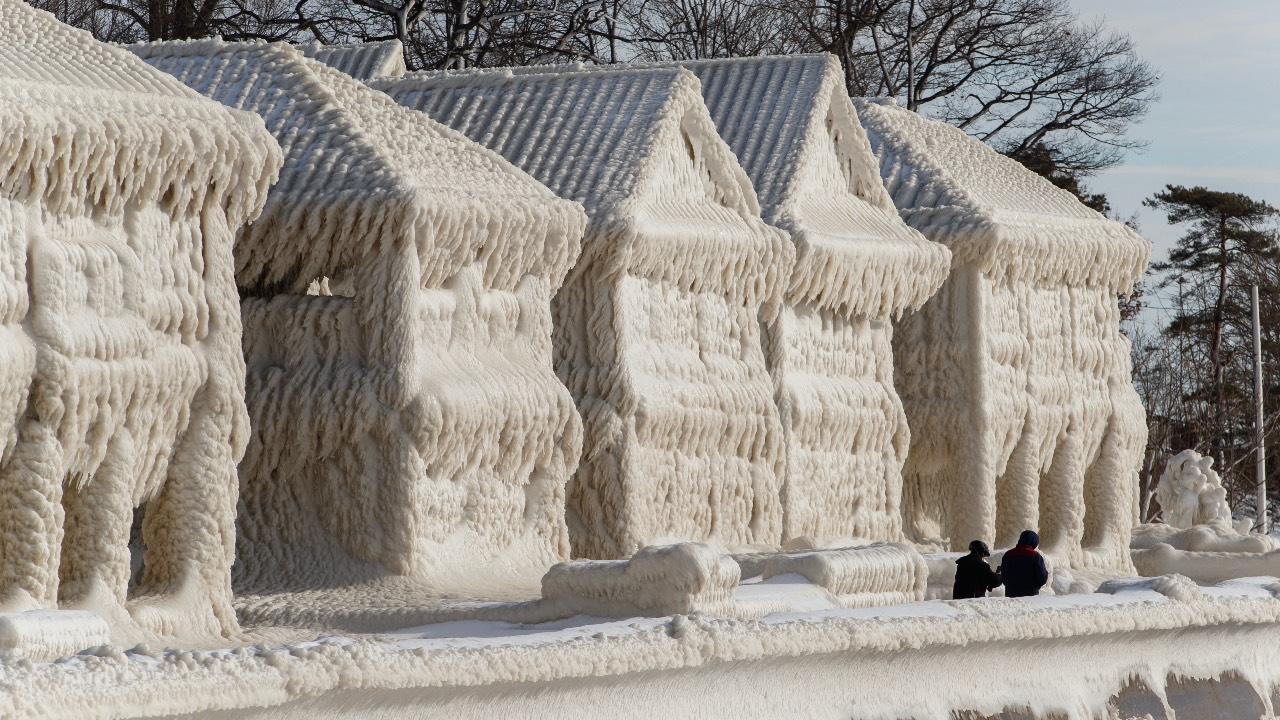 An unprecedented 'bomb cyclone' storm hit the U.S. and Canada in the days leading up to Christmas. At least 59 people were killed as North America was gripped by the devastating winter storm. At its worst, as many as 1.8 million properties were without power in the U.S., with thousands of flights canceled and delayed.

Meanwhile, experts said 2022 was set to be the UK's warmest on record after a year of heatwaves and minimal rainfall. Since 1884 in the UK, each of the 10 years recording the highest annual temperature have occurred from 2002, according to the UK's meteorological authority.