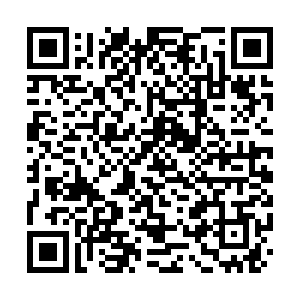 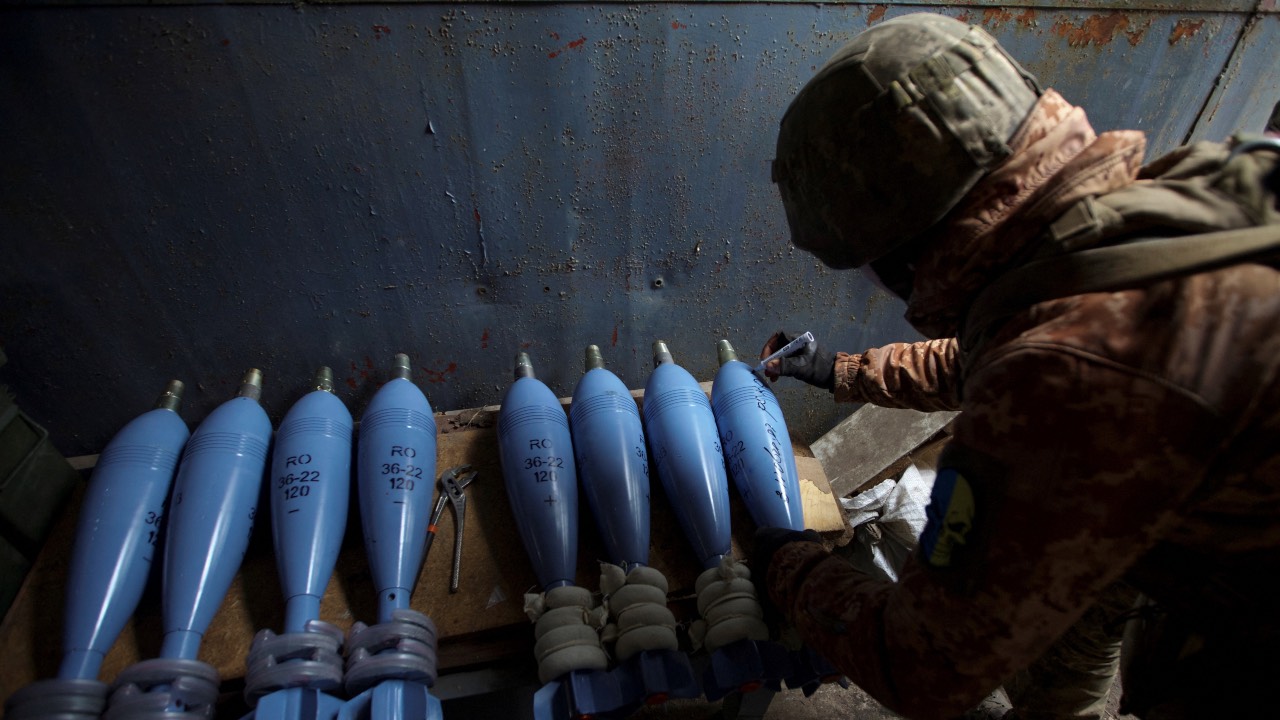 A Ukrainian soldier writes 'Happy New Year' on a mortar shell before firing towards positions of Russian troops, in the outskirts of Bakhmut, Donetsk region. /Anna Kudriavtseva/Reuters

A Ukrainian soldier writes 'Happy New Year' on a mortar shell before firing towards positions of Russian troops, in the outskirts of Bakhmut, Donetsk region. /Anna Kudriavtseva/Reuters

· Russia shelled Ukrainian towns across a long stretch of the frontline from north to south, Ukrainian officials said. Russian forces fired on several towns and villages, including Bakhmut, Kudryumivka just to the south, nearby Soledar and also the town of Kostyantynivka, west of Bakhmut. READ MORE BELOW

· In a Friday evening statement, the General Staff of the Ukrainian Armed Forces said Russian troops had tried to advance near Bakhmut and Avdiivka, the focal points of their slow-moving campaign to take all of Donetsk region in the east.

· "On the whole, we are holding our positions," President Volodymyr Zelenskyy said of the fighting in the east in his nightly video address." There are also some areas of the front where we are advancing a bit."

· The Luhansk regional administration said Ukrainian forces had captured the small town of Novoselivske just inside Luhansk region, about 20 kilometers northwest of Svatove, a Ukrainian target in the region.

· Russian Defense Minister Sergei Shoigu said victory for Russia over Ukraine is "inevitable" as he hailed Russian soldiers' heroism in a New Year's video message. "We meet the New Year in a difficult military-political situation," Shoigu said. "At a time when there are those who are trying to erase our glorious history and great achievements, demolish monuments to the victors over fascism, put war criminals on a pedestal, cancel and desecrate everything Russian."

· Russia's authorities announced soldiers and state employees deployed in Ukraine will be exempt from income tax, in the latest effort to encourage support of its military operation there. The new measure concerns all those fighting in the four Ukrainian territories Russia has declared as its own, although it does not completely control them: Donetsk, Luhansk, Kherson and Zaporizhzhia.

· Russia will allow countries to pay debt settlements for gas supplies in a foreign currency, according to changes made by President Vladimir Putin to his earlier decree on ruble payments for gas.

· The sporting sanctions imposed on Russia and Belarus over the offensive in Ukraine must remain firmly in place in 2023, the Head of the International Olympic Committee insisted. IOC president Thomas Bach said Ukrainian athletes had the Olympic movement's full solidarity and the IOC wanted to see a strong Ukrainian team at the Paris 2024 Games.

· The Russian Football Union said it wanted its teams to return to international competition after Russia said it could leave UEFA and seek membership with Asia's confederation. European football's governing body, UEFA, banned Moscow from competition after President Vladimir Putin sent troops to Ukraine in February. A meeting of the Russian Football Union's executive committee decided against the switch to Asia for now.

· Bulgaria's sole nuclear power plant signed a supply deal with a French firm in efforts to replace shipments from Russia. The state-owned Kozloduy plant on the Danube river currently relies on Russian fuel for its two Soviet-built 1,000-megawatt reactors. 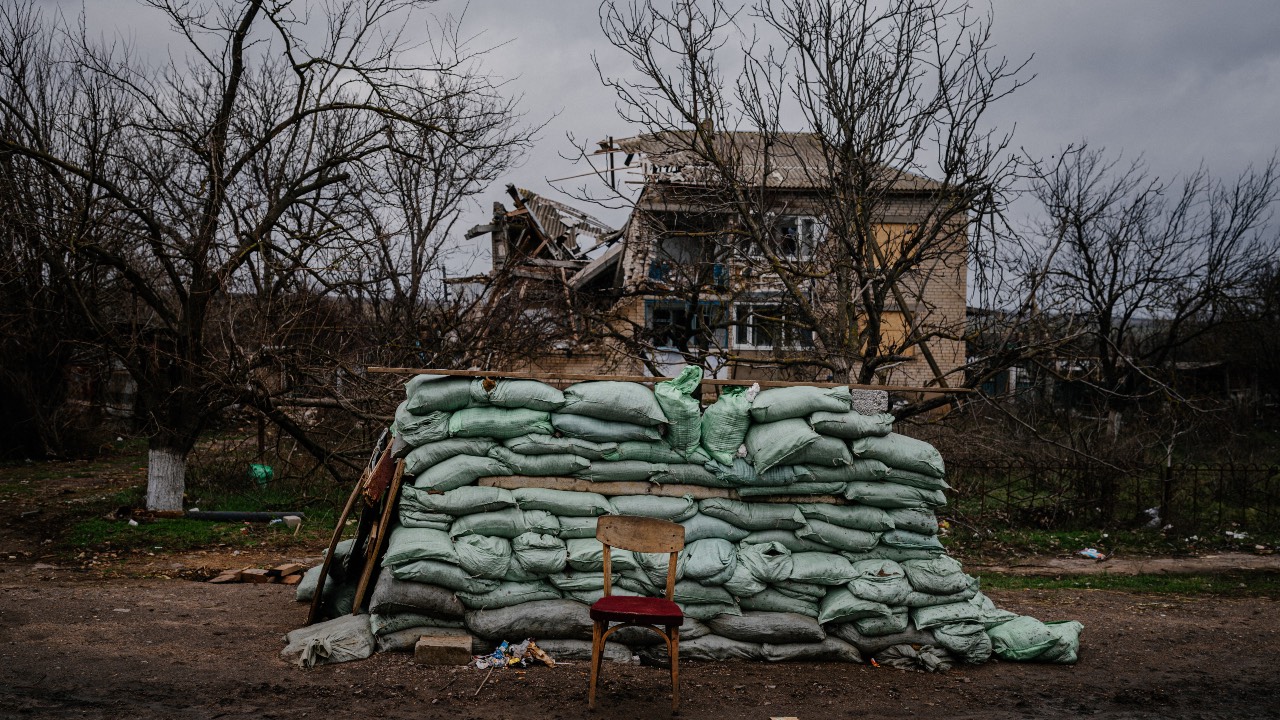 A military sandbag wall in front of a destroyed house in the village of Davydiv Brid, in Kherson region. /Dimitar Dilkoff/AFP

A military sandbag wall in front of a destroyed house in the village of Davydiv Brid, in Kherson region. /Dimitar Dilkoff/AFP

Russian forces shelled several towns near Kupiansk, in the northeast Kharkiv region recaptured by Ukraine in September, the General Staff report said, as well as settlements in Luhansk.

Areas of Zaporizhzhia region, to the south, also came under Russian shelling, including the contested town of Hulyaipole. There was also shelling in and around Ukrainian-held Nikopol, on the opposite side of the Kakhovka reservoir from the Russian-held Zaporizhzhia nuclear power station.

On the southern front, there was renewed Russian shelling of infrastructure in the city of Kherson - abandoned by Russian forces last month - and Kachkarivka, further north on the west bank of the Dnipro River.

Russia's Defense Ministry said earlier it had carried out a "massive strike" on energy and military industrial targets to disrupt Ukraine's ability to repair equipment and move troops.

Zelenskyy said the attacks were on energy infrastructure and most were repelled.

Since October, Russia has been launching near weekly mass missile and drone strikes against civil infrastructure across Ukraine, leaving millions of people with no heat or power in the dead of winter.

Russia says its aim is to reduce Ukraine's ability to fight. Kyiv says the attacks are intended to harm civilians.