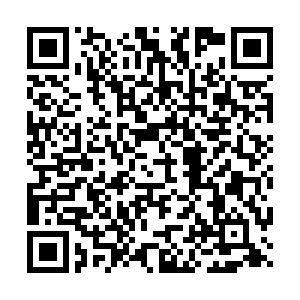 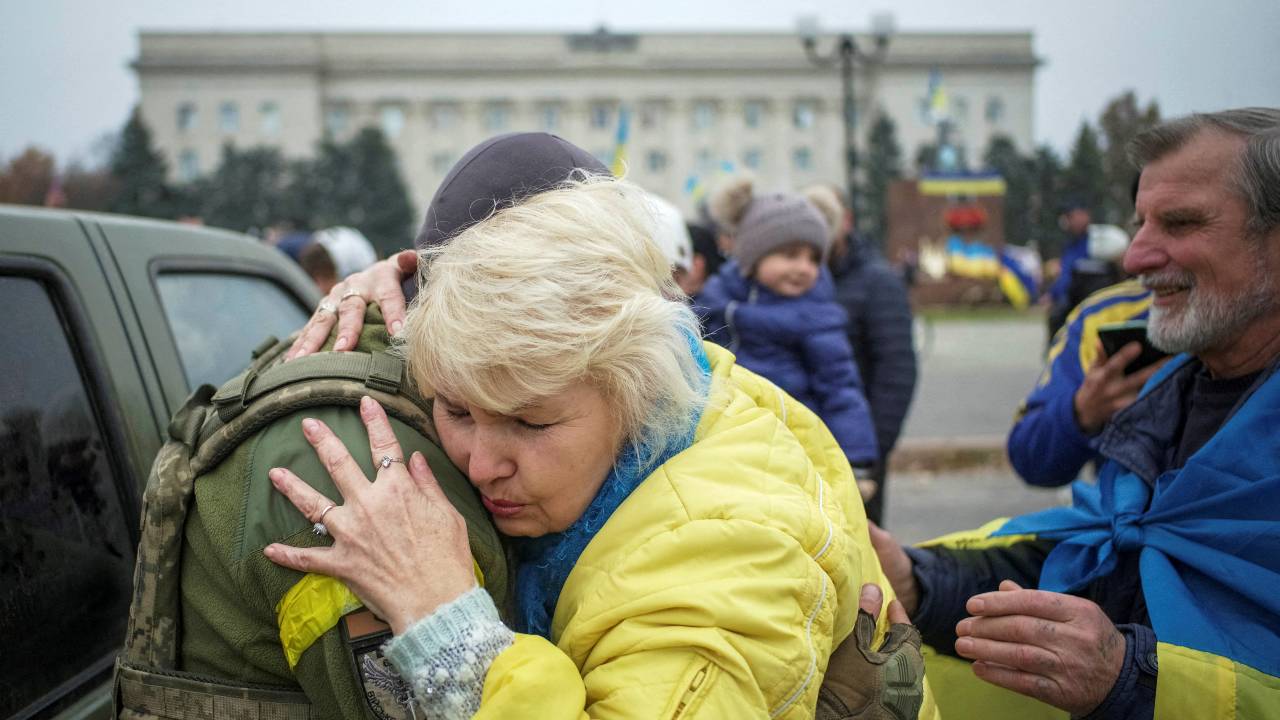 · However, he added Kyiv had managed to retake more than 60 settlements in the wider region, while Kherson residents held flowers and kissed Ukrainian soldiers who were moving into the right bank of the Dnipro River after Russia's retreat.

· Britain has said that while Russia's withdrawal from Kherson, the only regional capital in Ukraine that it had captured since February, was a humiliation, Moscow continued to pose a threat.

· Heavy fighting continues in Donetsk. "There it is just hell - there are extremely fierce battles there every day," Zelenskyy said, "but our units are defending bravely - they are withstanding the terrible pressure of the invaders."

· Russian Foreign Minister Sergei Lavrov has accused the West of militarizing southeast Asia in a bid to contain Russian and Chinese interests, setting the stage for a standoff between Moscow and Western leaders at this week's G20 summit.

· Russian President Vladimir Putin and his Iranian counterpart Ebrahim Raisi have committed to "further enhancing cooperation in the political, trade and economic fields," during a phone call. Moscow's increased economic and security ties with Tehran are being billed as way for Russia to pivot its economy away from Europe.

· Ukraine will decide the timing and contents of any negotiations with Russia, according to a readout of U.S. Secretary of State Antony Blinken's meeting with Ukrainian Foreign Minister Dmytro Kuleba in Cambodia. Washington is rumored to be pushing Kyiv back to the negotiating table.

· Türkiye is committed to seeking a peace dialogue between Russia and Ukraine, President Tayyip Erdogan said on Saturday, as he accused the U.S. and other Western countries of provoking Moscow.

· Russia said there was no agreement yet to extend the Black Sea grain export deal, stressing its demands on full access to world markets for its own food and fertilizer exports.

· Renowned graffiti artist Banksy has unveiled his latest work in the Ukrainian town of Borodyanka, which had been occupied by Russia until April. One of the suspected Banksy pieces shows a child judo-throwing a larger man, a perceived dig at judo-enthusiast Putin. 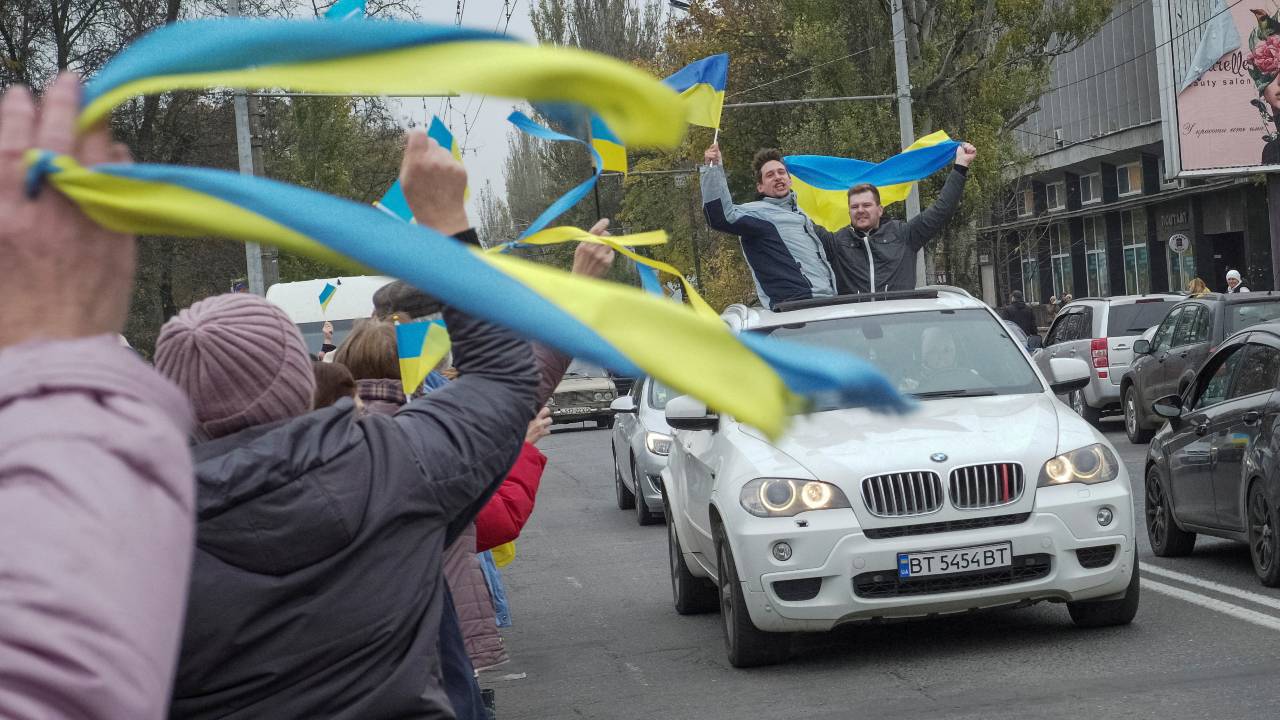 The Ukrainian leader said in his Saturday night address that authorities had dealt with nearly 2,000 mines, trip-wires and unexploded shells left by the departing Russians in the wider region.

Russians "everywhere have the same goal: to humiliate people as much as possible. But we will restore everything, believe me," Zelenskyy said. "Before fleeing from Kherson, the occupiers destroyed all the critical infrastructure: communications, water, heat, (and) electricity."

Zelenskyy said Ukraine's success in Kherson, where its troops now control more than 60 regional settlements, had benefited partly from resistance in the Donetsk region, where intense fighting is taking place.

"There it is just hell - there are extremely fierce battles there every day," he said. "But our units are defending bravely - they are withstanding the terrible pressure of the invaders, preserving our defense lines."

On the road to Kherson, villagers holding flowers waited on Saturday to greet Ukrainian soldiers as they arrived to secure control of the right bank of the Dnipro River.

"We've become 20 years younger in the last two days," said Valentyna Buhailova, 61, just before a Ukrainian soldier jumped out of a small truck and hugged her in a hamlet near the center of Kherson.

But artillery fire continued to surround the international airport, and police said they were setting up checkpoints in and around the city and sweeping for mines left behind. The mayor, Roman Holovnia, said the humanitarian situation was severe, "there is currently not enough medicine, not enough bread because it can't be baked: there is no electricity."