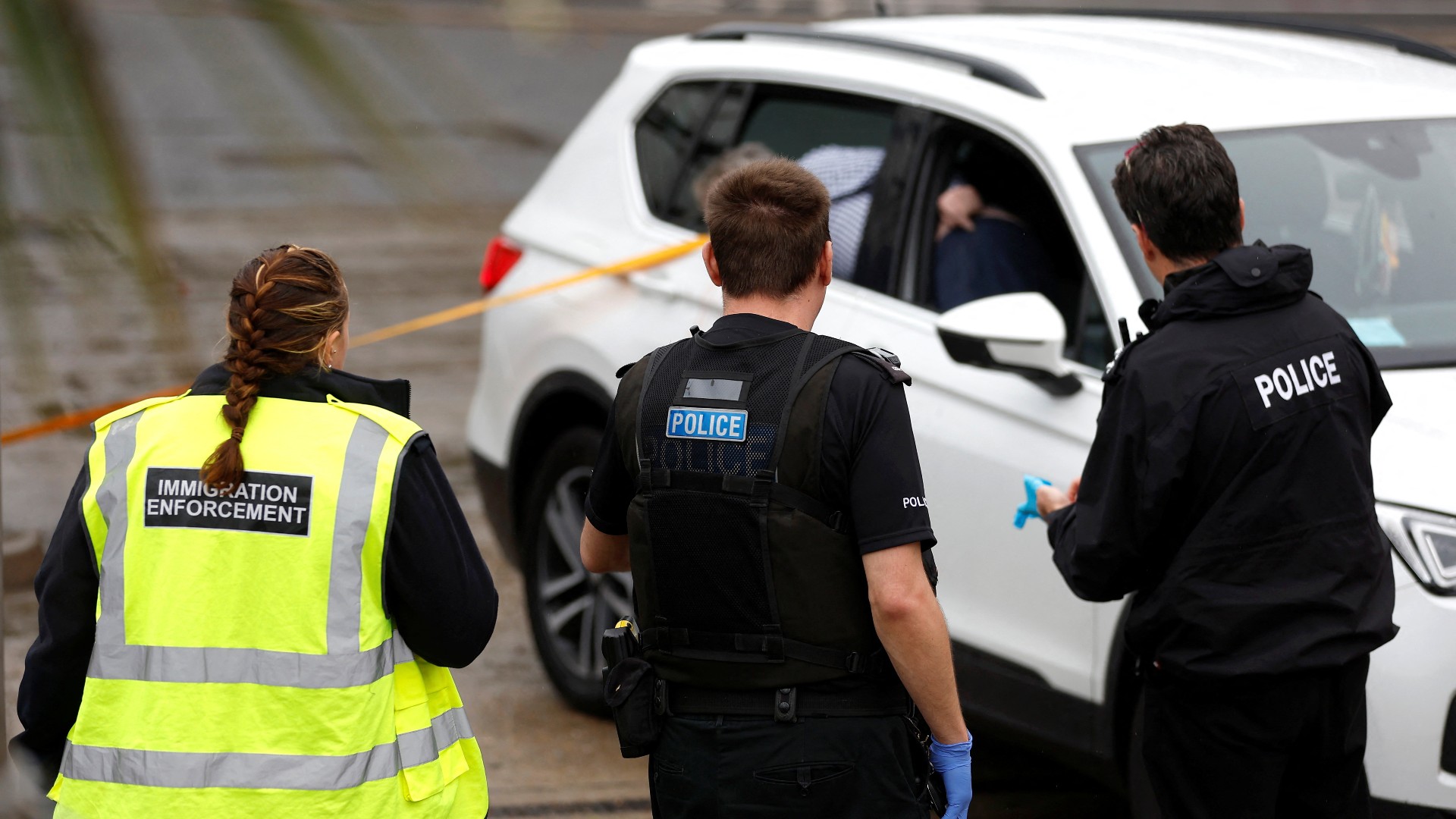 The devices were witnessed being thrown from a car at the Border Force processing center. /Peter Nicholls/Reuters

The devices were witnessed being thrown from a car at the Border Force processing center. /Peter Nicholls/Reuters

A petrol bomb thrown at an immigration center last month was motivated by a terrorist ideology, UK Police said on Saturday.

The police said there was evidence from the attack in Dover in southeast England on the Border Force processing center on October 30 of "an extreme right-wing" ideology behind it.

"I am satisfied that the suspect's actions were primarily driven by an extremist ideology," Tim Jacques, Senior National Coordinator for Counter Terrorism Policing, said in a statement.

"This meets the threshold for a terrorist incident."

Two or three devices – described as petrol bombs by a witness from Reuters news agency – were thrown by a man who was later found dead at a nearby petrol station.

Police, who identified the man was from High Wycombe in Buckinghamshire around 190 kilometers away, said at the time it was likely the attack was sparked by "some form of hate-filled grievance."