Missile attacks have continued to rain on many Ukraine's towns and cities./ Alexander Ermochenko / Reuters

Missile attacks have continued to rain on many Ukraine's towns and cities./ Alexander Ermochenko / Reuters

· Former Russian President Dmitry Medvedev cast Russia's conflict in Ukraine as a sacred conflict with 'Satan' and against "crazy Nazi drug addicts." He said Ukraine's weapons were "intricate lies. And our weapon is the truth. That is why our cause is right. That is why victory will be ours! Happy Holidays."

· The Russian Ambassador to the UK Andrei Kelin warned the country about its involvement in Ukraine told Sky News: "Britain is too deep in this conflict. It means the situation is becoming more and more dangerous. It can bring us up to the line of I would say no return, return is always possible. But anyway, we should avoid escalation."

· Kyiv has condemned the "mass forced relocation" of its citizens living in the Kherson region occupied by Russia.

·  The G7 has urged Russia to prolong a deal allowing safe passage of grain shipments from Ukraine at a meeting in western Germany, a senior U.S. State Department official said. 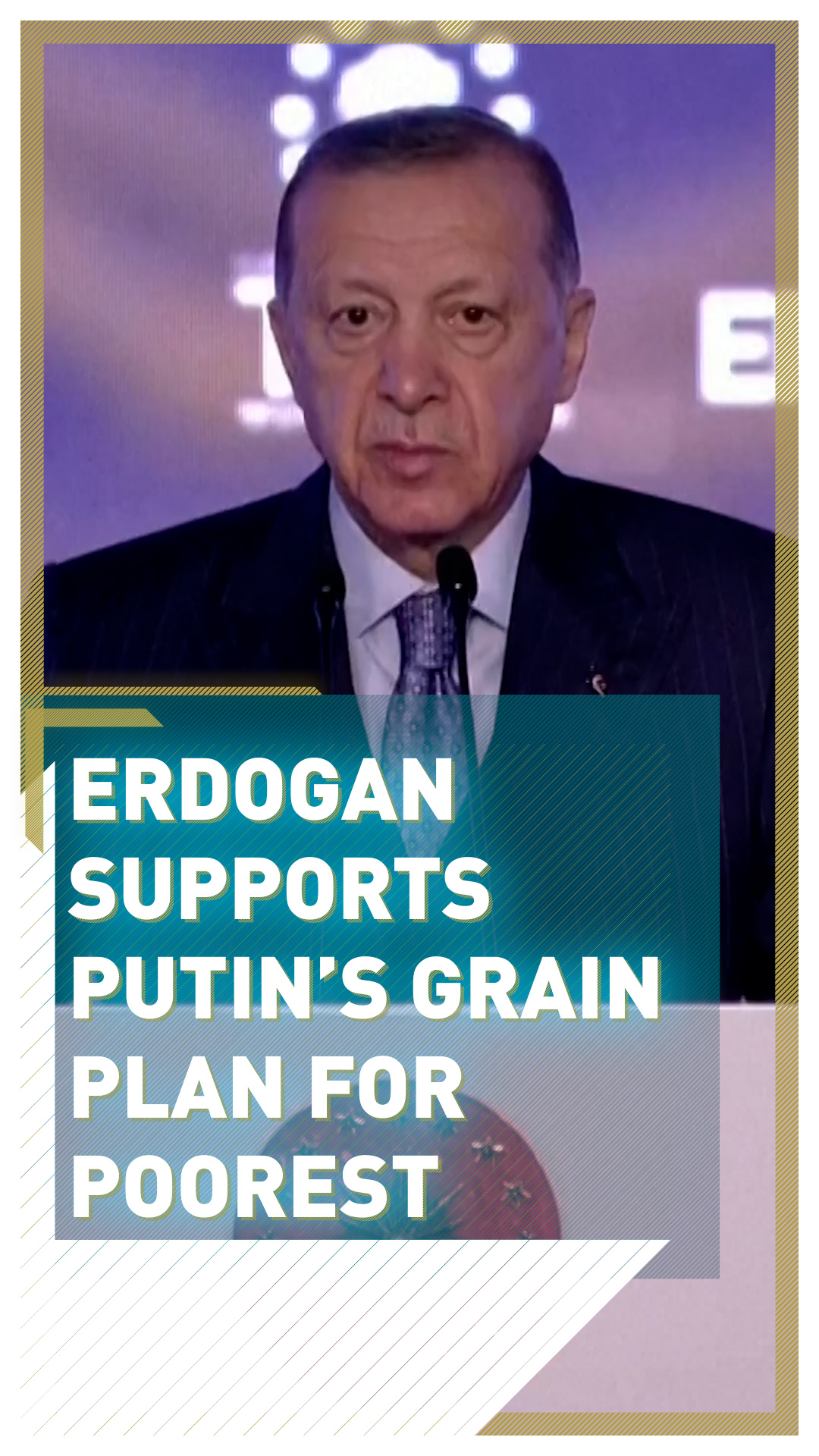 · Russia and Ukraine soldiers were released on Thursday as part of a series of prisoner swaps.

· UK Prime Minister Rishi Sunak and his Polish counterpart Mateusz Morawiecki have discussed the situation in Belarus and agreed the need to keep sending a strong message to Russia that intimidation would not work.

· Turkish President Tayyip Erdogan said he agreed with his Russian counterpart Vladimir Putin that grains sent under the Black Sea export deal should go to poor African countries for free.

· G7 countries agreed on the need for a coordination mechanism to help Ukraine repair, restore and defend its critical energy and water infrastructure, according to a senior U.S. State department official. Over 4.5m Ukrainians without power after Russian attacks - Zelenskyy

Ukraine's President Volodymyr Zelenskyy says Russia's campaign and missile strikes against Ukraine's energy network has left around 4.5 million people without power. The two sides' forces continued to battle without significant change on the ground on frontline in the east and south, with preparations building for a fight over the hub of Kherson.

"About 4.5 million consumers have been temporarily disconnected from energy consumption," Zelenskyy said in his daily address.

"The very fact that Russia is resorting to energy terrorism shows the weakness of our enemy. They cannot beat Ukraine on the battlefield, so they try to break our people this way."

For weeks Russian forces have rained missiles and explosive drones onto Ukraine infrastructure, apparently hoping to turn sentiment among the Ukrainian public and its neighbors against the conflict during the cold of winter.

Russian strikes over the past month have destroyed around a third of the country's power stations. The government has urged Ukrainians to conserve electricity as much as possible.

Ahead of the meeting of the Group of Seven industrialized powers, German Foreign Minister Annalena Baerbock said G7 would help Ukraine with items including generators and heaters to survive the winter.