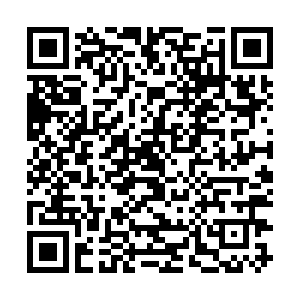 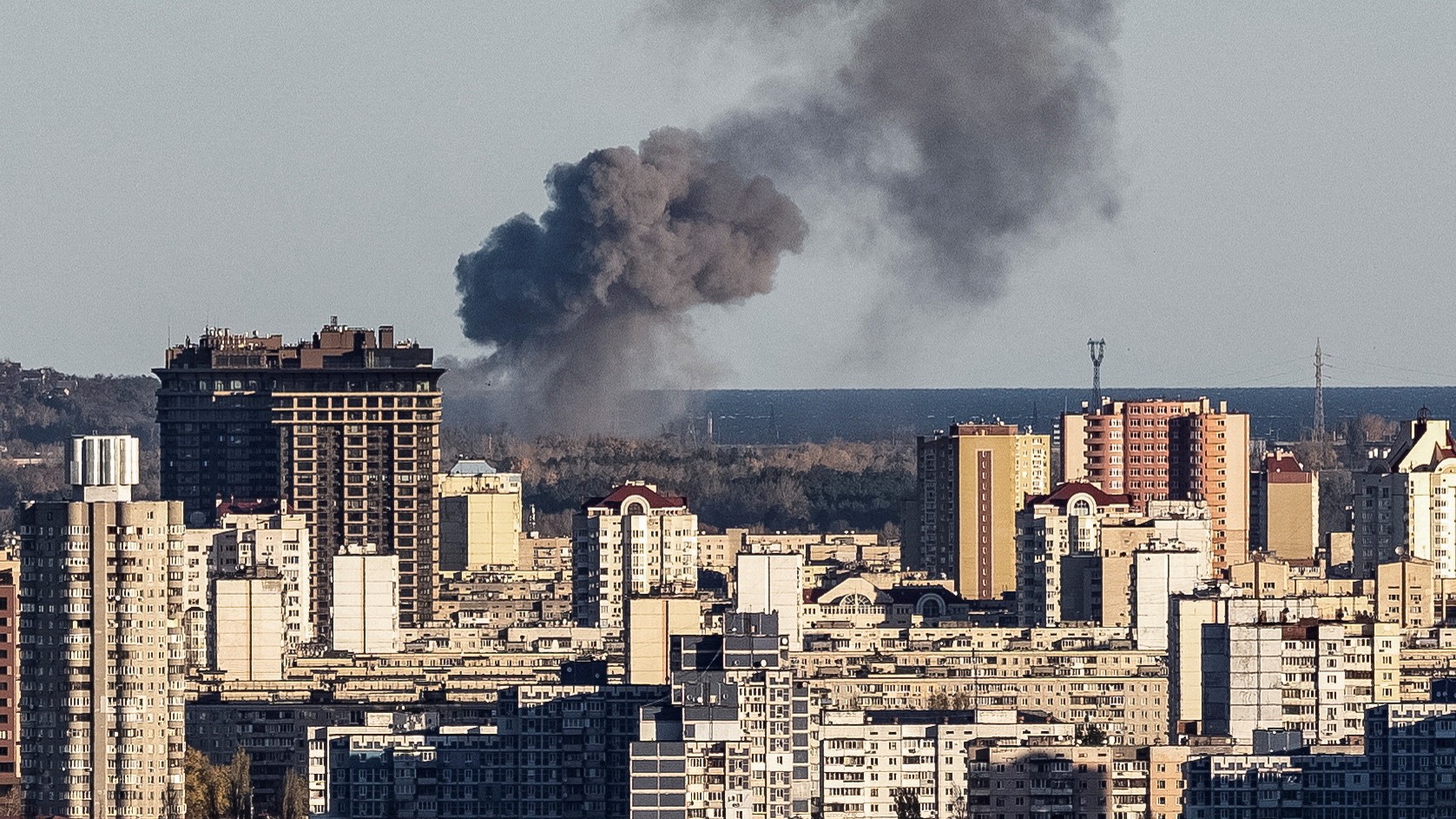 Smoke rises on the outskirts of Kyiv during a Russian missile attack. /Vladyslav Sodel/Reuters

Smoke rises on the outskirts of Kyiv during a Russian missile attack. /Vladyslav Sodel/Reuters

· Russia's army said it had struck military and energy infrastructure targets in Ukraine. "The Russian armed forces continued strikes with high-precision long-range air and sea-based weapons against the military command and energy systems of Ukraine," the defense ministry said in a statement. "The strike targets were achieved. All assigned objects have been hit," it said.

· Ukraine said it was targeted by "more than 50" cruise missiles from Russia, resulting in power cuts across several regions. "From 7 a.m. on October 31, Russian occupiers carried out several waves of missile attacks against critical infrastructure in Ukraine," the Ukrainian army said on Telegram.

· Russian drones and missile strikes led to power cuts in "hundreds of settlements" across seven Ukrainian regions, Prime Minister Denys Shmyhal said. "Missiles and drones hit 10 regions, where 18 sites were damaged, most of them energy-related," Shmyhal posted on Telegram. "Hundreds of settlements in seven regions of Ukraine were cut off."

· The Moldovan government said a Russian missile shot down by Ukrainian air defenses fell on a village in northern Moldova on Monday, but without causing any injuries. The country's interior ministry said the missile fell on the village of Naslavcea close to the Ukrainian border, destroying the windows of several homes, but that "no casualties" were recorded.

· Ukraine's east military command said there were fierce battles near Bakhmut in Donetsk region, and Ukrainian forces had held back Russian assaults on two other areas in the region, around Avdiivka and Uhledar.

· Russian strikes left 80 percent of consumers in Kyiv without water and 350,000 homes without electricity, the Ukrainian capital's mayor Vitali Klitschko said on Telegram.

· Türkiye is "determined" to continue efforts to keep the Ukraine grain deal in force despite Russia suspending its participation, President Recep Tayyip Erdogan said. "Although Russia acts hesitantly... we will resolutely continue our efforts to serve humanity," Erdogan said in a televised address.

· Two cargo ships loaded with grain and other agricultural products left Ukrainian ports, according to a marine traffic website. The ships, Admiral de Ribas and Mount Baker, left port days after Russia suspended its participation in an agreement that allowed vital grain shipments to pass through the Black Sea. A record volume of 354,500 tonnes of agricultural products left Ukrainian ports as part of the Black Sea grain deal, a spokesperson for Odesa's military administration said.

· UN Secretary-General Antonio Guterres expressed "deep concern" as Ukraine's maritime grain exports were halted after Russia suspended its participation in a deal that allowed the vital shipments. "The Secretary-General is deeply concerned about the ongoing situation regarding the Black Sea grain initiative," his spokesman said.

· Inspections of vessels carrying grain under the deal to allow the departure of foodstuffs from Ukraine ports will continue in Istanbul, the Turkish defense ministry said after Russia suspended its participation. "There are plans to continue the inspection of grain-laden vessels waiting in Istanbul today and tomorrow," the ministry said in a statement.

· Russia said it recovered debris from drones that attacked its fleet in Sevastopol, exploiting the "safe zone" of a grain corridor, and could have been launched from a civilian ship. "The marine drones were moving in the safe zone of the 'grain corridor'," Russia's defense ministry said, adding it had "lifted" some of the drones' debris from the sea. 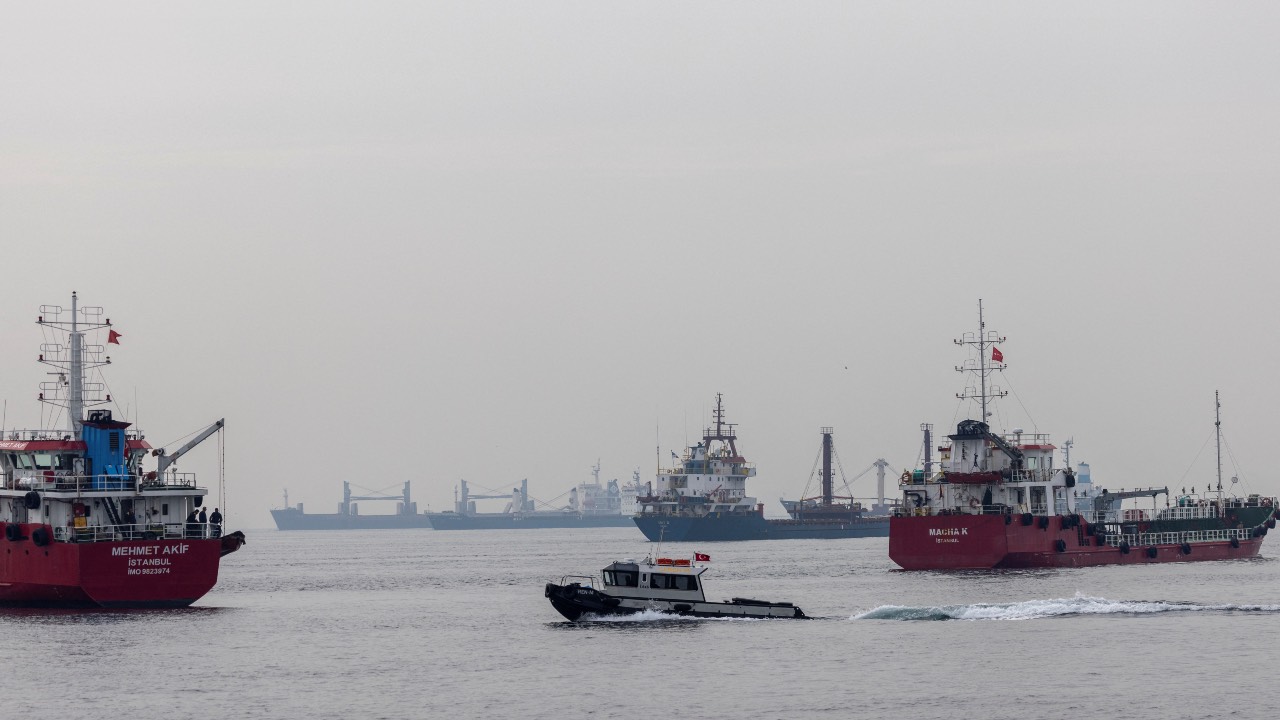 Commercial vessels including vessels which are part of the Black Sea grain deal wait to pass the Bosphorus strait off the shores of Yenikapi, in Istanbul, Turkey. /Umit Bektas/Reuters

Commercial vessels including vessels which are part of the Black Sea grain deal wait to pass the Bosphorus strait off the shores of Yenikapi, in Istanbul, Turkey. /Umit Bektas/Reuters

Kyiv's maritime grain exports were halted after Russia pulled out of a landmark agreement that allowed the vital shipments.

The July deal to unlock grain exports signed between warring nations Russia and Ukraine – and brokered by Türkiye and the United Nations – is critical to easing the global food crisis caused by the conflict.

"These foodstuffs were intended for Ethiopians, that are on the verge of famine. But due to the blockage of the 'grain corridor' by Russia the export is impossible," the Ukrainian minister said.

The agreement, which established a safety corridor through which vessels could travel to Istanbul for inspections, had already allowed more than nine million tonnes of Ukrainian grain to be exported and was due to be renewed on November 19.

Russia announced on Saturday it would pull out of the deal after accusing Kyiv of a "massive" drone attack on its Black Sea fleet, which Ukraine labeled a "false pretext."

Russia's defense ministry alleged Sunday the attack drones had "Canadian-made navigation modules," and that they "were moving in the safe zone of the 'grain corridor'."

UN Secretary-General Antonio Guterres expressed "deep concern" about the situation, his spokesman said, and delayed his departure for an Arab League Summit in Algiers by a day "to focus on the issue."

The EU urged Russia to "revert its decision."