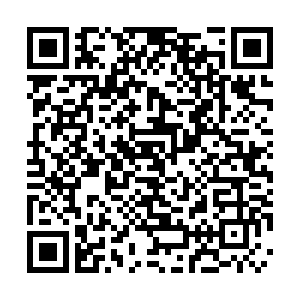 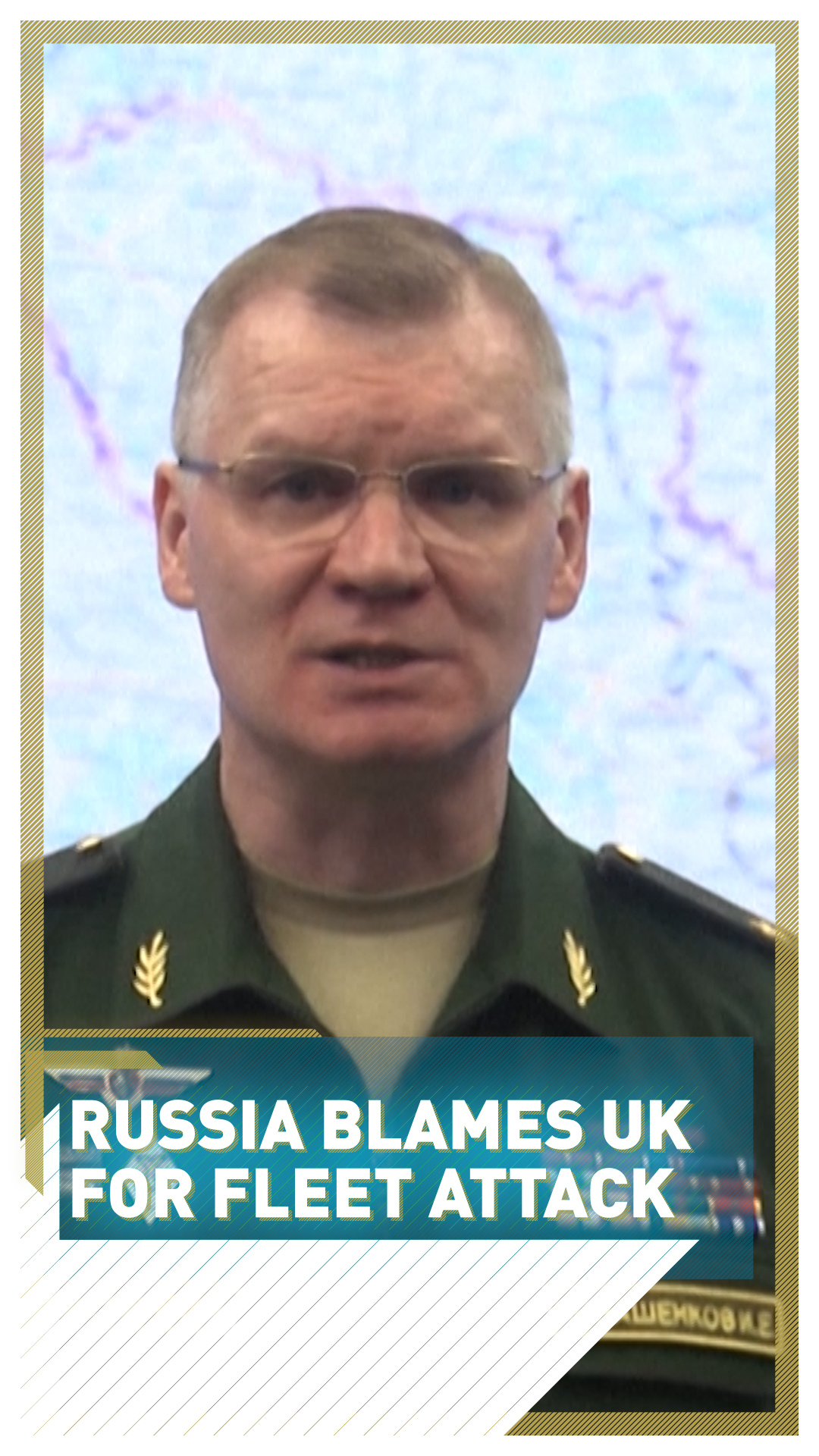 • Russia has said it has suspended its participation in July's Black Sea Grain Initiative, which allowed major exporter Ukraine to ship agricultural produce, after Ukrainian attacks on ships in Crimea.

• Ukrainian President Volodymyr Zelenskyy said Russia was trying to create an artificial famine in Africa, the Middle East and South Asia, calling for a strong response from the United Nations (UN) and the Group of 20 major economies.

• United States President Joe Biden has called Russia's decision to pull out of the deal "purely outrageous" and the European Union (EU) has told Russia to reverse its decision.

• Russian accusations that Britain participated in attacks against the Nord Stream gas pipeline and Russian navy ships in Crimea are without foundation, France's foreign ministry said on Sunday. The accusations formed part of Moscow's strategy "to turn attention away from its sole responsibility in the war of aggression that it is conducting against Ukraine," the ministry's deputy spokesperson said in a statement.

• Russia said the accelerated deployment of modernized U.S. B61 tactical nuclear weapons at NATO bases in Europe would lower the "nuclear threshold" and that Russia would take the move into account in its military planning.

• Ukrainian electricity supplies are recovering after concerted Russian attacks on generating plants but emergency blackouts may still be needed, Zelenskyy said on Saturday.

• Russia and Ukraine carried out the latest in a series of prisoner of war exchanges on Saturday, with both sides returning around 50 people, officials in Moscow and Kyiv said.

Cathay Pacific Airways will resume using Russian airspace on some flights, the Hong Kong-based airline said on Sunday, restarting flights it had stopped when the war in Ukraine started, A ship stocking up on grain at a Ukrainian Black Sea port. /Oleksandr Gimanov / AFP

A ship stocking up on grain at a Ukrainian Black Sea port. /Oleksandr Gimanov / AFP

Ukraine's maritime grain exports were halted on Sunday after Russia suspended its participation in a landmark agreement that allowed the vital shipments, blaming drone attacks on its ships in Crimea.

The July deal to unlock grain exports signed between Russia and Ukraine and brokered by Türkiye and the UN, is critical to easing the global food crisis caused by the conflict.

The agreement had already allowed more than nine million tonnes of Ukrainian grain to be exported and was due to be renewed on November 19.

On Saturday, Russia said it was halting its participation after its army accused Kyiv of a "massive" drone attack on its Black Sea fleet, which Ukraine labelled a "false pretext."

On Sunday, the EU urged Russia to "revert its decision."

The center coordinating the logistics of the deal said in a statement that no traffic was planned for Sunday.

"A joint agreement has not been reached at the JCC (Joint Coordination Centre) for the movement of inbound and outbound vessels on 30 October," it said. "There are more than ten vessels both outbound and inbound waiting to enter the corridor." 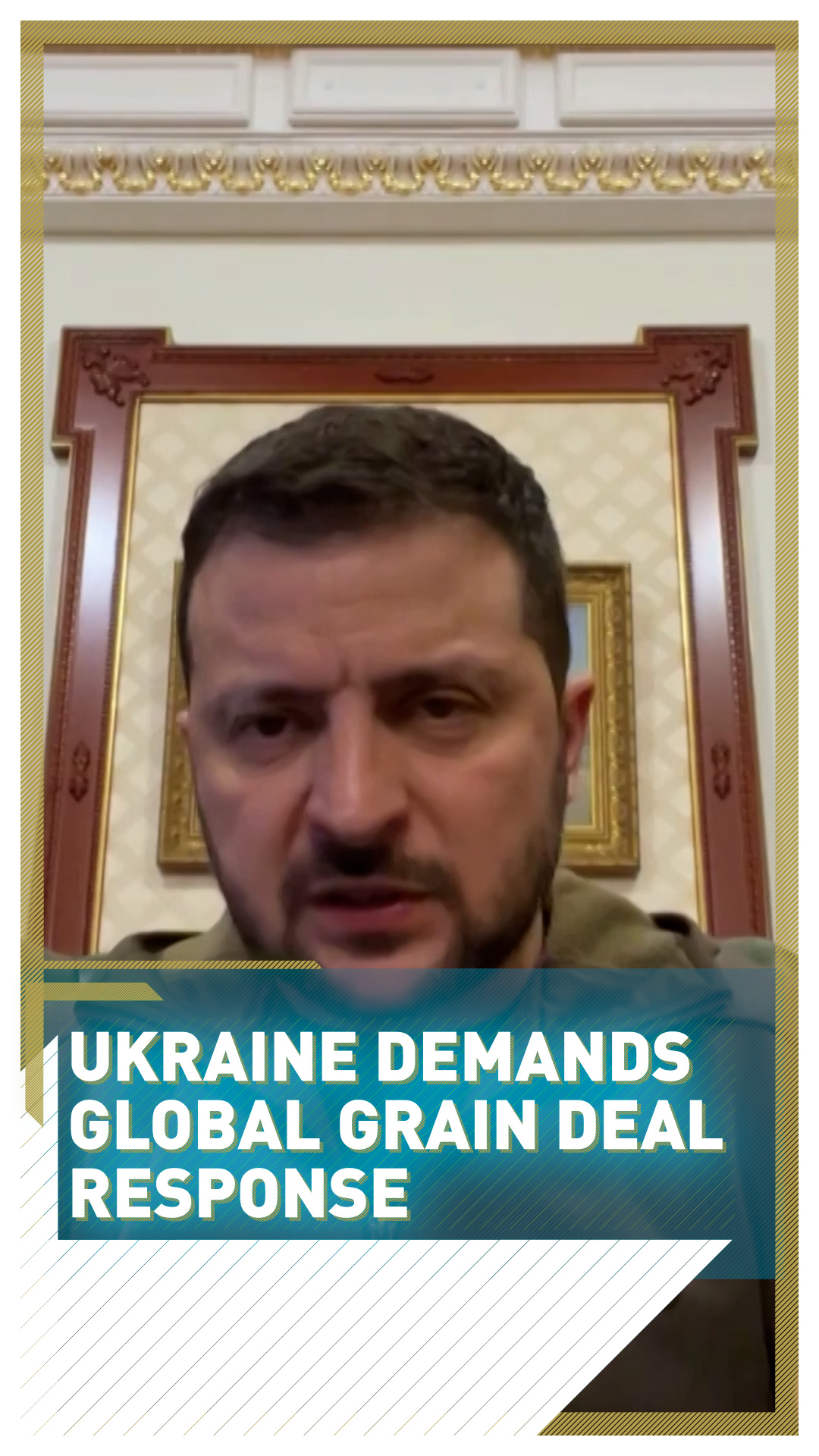 Ukraine's foreign minister said on Twitter that Russia was blocking "two million tons of grain on 176 vessels already at sea" that he said was "enough to feed seven million people."

He accused Moscow of having planned to "resume its hunger games" in advance and said the Black Sea explosions were "220 kilometers away from the grain corridor."

Kyiv and the UN earlier urged that the agreement remain in force.

Ukrainian President Volodymyr Zelenskyy called the Russian move "an absolutely transparent intention of Russia to return the threat of large-scale famine to Africa and Asia."

Stephane Dujarric, spokesman for the UN secretary-general, said: "It is vital that all parties refrain from any action that would imperil the Black Sea Grain Initiative which is a critical humanitarian effort."