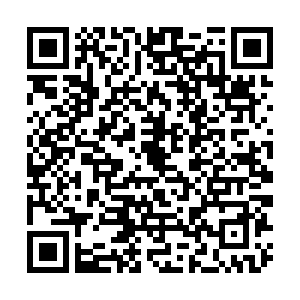 · Despite sizeable losses of Russian-occupied territory in Ukraine in recent days, President Vladimir Putin has formalized the integration of four Ukrainian regions, signing off on the incorporation of about 18 percent of Ukraine's landmass into Russia.

· President Volodymyr Zelenskyy says the Ukrainian army has made major advances against Russian forces in the past week, taking back dozens of towns in regions in the south and east that Russia has declared part of its territory.

· EU member states have agreed on another round of sanctions against Russia, according to the Czech EU presidency, which said the ambassadors had reached "a strong EU response to Putin's illegal annexation of Ukraine territories."

· U.S. President Joe Biden has promised a new $625-million security assistance package to Ukraine, prompting a warning from Russia that the decision risked a direct military clash between the two powers.

· The U.S. has no evidence that Russia is preparing to use nuclear weapons in the Ukraine conflict, the White House press secretary said, despite what it called Putin's "nuclear saber-rattling". The Kremlin said it did not want to take part in "nuclear rhetoric" spread by the West after reports that Moscow was preparing to show its willingness to use nuclear weapons.

· Europe's largest nuclear power plant, Zaporizhzhia, will operate under the supervision of Russian agencies, according to Russia's foreign ministry, after Moscow formally took over the wider Zaporizhzhia region this week.

· EU chief Ursula von der Leyen has told the European Parliament that the block should put in place a temporary price cap on natural gas until a new price index can be introduced.

· Russian TV journalist Marina Ovsyannikova, famous for staging an on-air protest against Russia's war in Ukraine, has confirmed she has escaped house arrest over charges of spreading fake news. "I consider myself completely innocent," she said.

· Russian energy giant Gazprom has resumed gas exports to Italy via Austria after resolving an issue over guarantees that had led to the suspension of flows over the weekend.

· Russia has said 200,000 reservists out of a planned 300,000 have already been called up since Putin announced the country's first major military mobilization since World War II. Russian lawyers say that since the order, they have been overwhelmed by requests for help from those seeking to avoid being drafted.

Putin signs off on integration plan despite retreats

President Vladimir Putin formalized the absorption of four Ukrainian regions on Wednesday despite Moscow having lost large swathes of territory in recent days.

The Russian leader has now signed off on a law formally incorporating the four regions, representing about 18 percent of Ukraine's territory, into Russia, his signature the final stage in the legislative process after Russia's parliament ratified the plan a day earlier.

Kyiv and its Western allies say Russia's attempted integration is an illegal land grab and will never be recognized, as Ukraine vowed to recapture all territory sized by Russian forces.

President Zelenskyy said on Tuesday night that his military had made major, rapid advances in the past week, taking back dozens of towns in regions in the south and east that Russia has declared integrated.

"This week alone, since the Russian pseudo-referendum, dozens of population centers have been liberated. These are in Kherson, Kharkiv, Luhansk and Donetsk regions all together," he said.

Zelenskyy named eight small towns in Kherson in the south as recently having been recaptured.

Russia does not fully control any of the four regions it claims - Donetsk and Luhansk in eastern Ukraine and Zaporizhzhia and Kherson in the south - and the Kremlin has said it has yet to determine the final borders of the integrated territory.

Russian defense ministry maps also appear to show rapid withdrawals of its forces from areas in eastern and southern Ukraine where they have been under pressure from Kyiv's counteroffensive.

In the east, Ukrainian forces have been expanding an offensive after capturing the main Russian bastion in the north of Donetsk, the town of Lyman.

"In some areas of the front line it was possible to extend the area we hold from between 10 to 20 km," the southern Operational Command of the Ukrainian Armed Forces said on Wednesday.

Moscow hopes a "partial mobilization" it announced two weeks ago can help reverse a series of battlefield setbacks with some officials saying they intend to retake territory ceded to Ukraine.