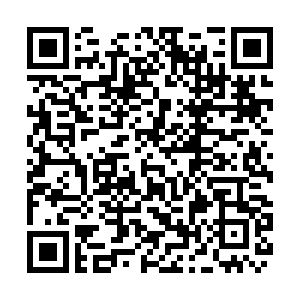 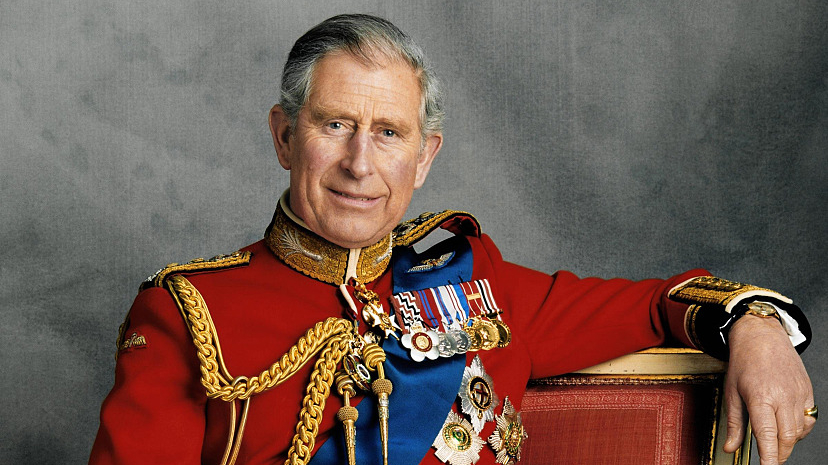 For people across the United Kingdom, King Charles III has always been known as the Prince of Wales.

Prince Charles, as he was known then, was formally given the title when he was 20 years old.

As the title is passed down to William, it offers the nation a moment to reflect on what impression King Charles III left on the Welsh people during his time as the Prince of Wales.

In early 1969, then-Prince Charles left Cambridge and headed for the west coast of Wales where he studied in Pantycelyn halls at Aberystwyth University. He was taught by two active members of the Welsh nationalist party Plaid Cymru, Professor Bobby Jones and Edward Millward.

Dafydd Elis-Thomas met Charles as a young student, and many times when he was Presiding Officer of Welsh Parliament and Welsh Government Minister.

He has visited then-Prince Charles at his home in Carmarthenshire and at Highgrove House, and considers himself a good friend and admirer.

As a former member of Plaid Cymru, Elis-Thomas knew both of Charles's teachers and was invited to Aberystwyth to meet the young prince.

"I was asked by his tutors if I could meet him. We had discussions, and our discussions haven't stopped since," he told CGTN Europe.

Many people were sceptical that Charles could spend six weeks in Wales and learn everything there was to know about Welsh history and culture. Some were not so keen on sharing lectures with him. One of these people was Historian Dr Elin Jones.

In the BBC Wales documentary, The Prince and the Bomber, Dr Jones said, "It was quite a surprise when I learned I was going to be sharing lectures with the Prince of Wales. I wasn't very excited about that. I thought it was pretty awful. I thought it was quite ridiculous that he would spend a term and learn all he needed to know."

Charles would arrive at the back door of the college in his sports car accompanied by several policemen. Students would already be inside the university lecture halls; he would sit at the front and two policemen would stand outside to ensure his safety.

Prince Charles was frequently targeted by protestors and wherever he went there seemed to be a demonstration against him.

Welsh Secretary George Thomas received a letter from the principal at Aberystwyth University expressing concern for the physical security of Prince Charles.

"I don't think he enjoyed the experience," said Elis-Thomas.

"He was always so positive, despite all the difficulties he had to go through personally and politically." 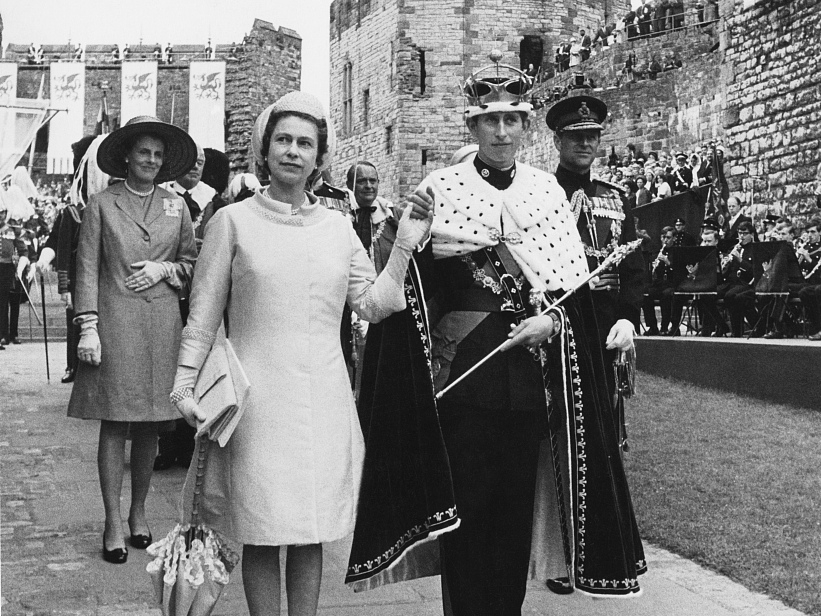 In an interview five days before his investiture, Charles was asked if he was lonely in Aberystwyth.

"I haven't made a lot of friends…I haven't been to a lot of parties, there haven't been many and I've had a lot of other things to do. I've been around Wales a lot and looked at things and visited people. Essentially it is, compared with other people's lives, more lonely and in this sense I suppose I've had a lonely time."

The coronation ceremony recognising Charles as the Prince of Wales was held at Caernarfon Castle, Gwynedd in July 1969.

A 21-gun salute had been planned for the Queen when she arrived at Griffiths Crossing, and as Charles sat in the royal carriage the sound of an explosion rumbled in the distance.

The sound was not the first gun firing, it had been a bomb. A Welsh nationalist bombing campaign had tried to disrupt the investiture ceremony.

Despite having a friendship with King Charles III spanning several decades, Elis-Thomas questioned the need to use the Prince of Wales title in a devolved, democratic society.

He expressed his opposition directly to then-Prince Charles that another investiture be held in Caernarfon.

As Presiding Officer of Welsh Parliament, Elis-Thomas greeted members of the Royal Family including the Queen and Prince Charles at the official opening of the Welsh Parliament building in 1999.

"They were very keen to make it known they would be available for the opening and the event would be in the calendar, along with the opening of the UK and Scottish parliament," he said.

During these events, he had many conversations with the Queen and Charles. He said both had something in common - their sense of humour.

"I've always appreciated his sense of irony and humour, which he gets from the late Queen," said Elis-Thomas. "She had a wicked sense of humour. I will miss the fact she won't be able to crack any jokes."

After the Queen officially opened Welsh Parliament there was a plaque above the front desk that said the building had been opened by the Queen, in both Welsh and English.

Elis-Thomas recalled the Queen returning to Cardiff Bay to open parliament and noticing the plaque, "she turned around and said, 'I really like that.'"

He said the Queen was fascinated by bilingualism and the fact the Welsh Parliament was unlike any other parliamentary body in the UK in that regard. 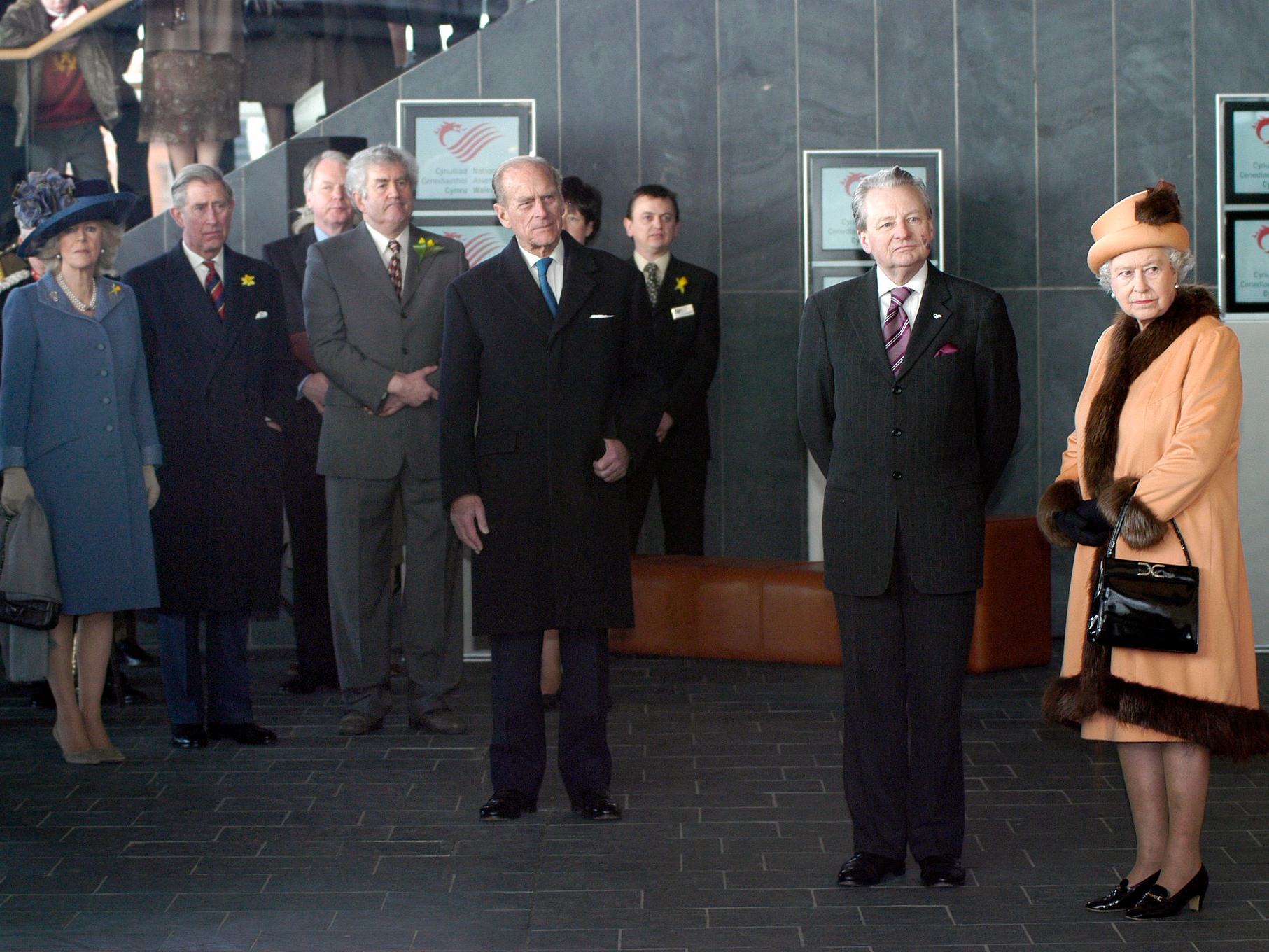 The Queen, Prince of Wales, Duke of Edinburgh and the Duchess of Cornwall with Presiding Officer Dafydd Elis-Thomas. /Senedd Cymru/Welsh Parliament

The Queen, Prince of Wales, Duke of Edinburgh and the Duchess of Cornwall with Presiding Officer Dafydd Elis-Thomas. /Senedd Cymru/Welsh Parliament

Elis-Thomas would meet Prince Charles three times a year for the opening of the Welsh Parliament.

He said Charles, "always made himself available for anything we did."

Dafydd has several photographs in his home taken at the opening of the building where he is pictured with then-Prince Charles and the late Queen.

The Queen officially visited Wales for the final time in October 2021, when she opened the sixth term of the Senedd.

Charles has used Welsh phrases and words ever since his investiture ceremony as the Prince of Wales.

In response to Charles's speech in Welsh at the Urdd National Eisteddfod in 1969, singer and activist Dafydd Iwan said, "he won the hearts of most middle-aged women, and this has been effective."

Over the years Elis-Thomas was fascinated as he witnessed first-hand how the King's Welsh speaking ability developed.

"He had his own personal style. Any difficulties of pronunciation he would set out in his own phonetical style, so he made sure he got it right," he said.

"I told him once that I thought he was probably the most over-educated Prince of Wales throughout the history of the title."

"He had a clear understanding of Welsh history because he had that opportunity to begin to learn things at such an early stage."

When asked if learning Welsh had been difficult during a television interview a twenty-year-old Charles said, "the double ll's were fairly difficult. I went to Llanelli not long ago and the mayor said can you say Llanelli, so I said Llanelli and he wiped the saliva out of his eye and said, 'well done.'"

Charles's role as Prince of Wales extended beyond the ceremonial.

He founded the Prince's Trust in 1976, a charity for vulnerable young people, which has three offices in Cardiff, Llangennech and Rhyl and supports over 3,000 young people in Wales each year.

When Dafydd visited Charles's home in Carmarthenshire they spoke regularly about the Welsh farming community and the important links between farming and the environment.

"He took on so many responsibilities, championing conservation, environmental policies...activities which took him all over the country."

Charles was very interested in the renovation of historic buildings and expressed concern that many buildings across Wales had not been looked after properly.

"We spent the whole morning walking and talking about the importance of Cadw," said Dafydd.

"The voluntary sector benefited hugely having an active Prince of Wales advocating their causes. He would make himself available for days in order to support what he thought was positive."

In 2018, Welsh Secretary of State Alun Cairns announced the Second Severn Crossing was to be renamed the Prince of Wales Bridge.

The bridge was officially opened by the Queen in September 1966, allowing for safe travel between Wales and England across the River Severn. 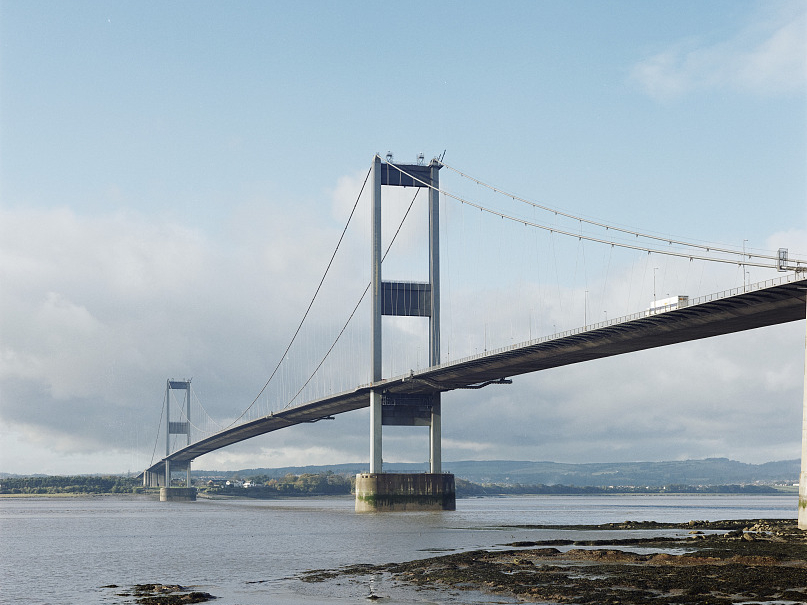 Elis-Thomas recalled a conversation he had with then-Prince Charles not long after the announcement.

"My impression was Charles would have preferred the bridge to be called Bont Tywysog Cymru," the Welsh translation for the Prince of Wales Bridge.

The Prince and Princess of Wales

As his first public duty as monarch, King Charles bestowed the title of Prince of Wales to his son William and the title Princess of Wales to Catherine.

"Today, I am proud to create him Prince of Wales, Tywysog Cymru," said the King.

Reflecting on King Charles's speech Elis-Thomas said, "It was a great moment when he announced William as his successor."

Kensington Palace released a statement on the prince's behalf in which the prince and princess acknowledged their 'deep affection for Wales.'

The couple emphasised that during the earliest months of Prince George's life they lived in Anglesey, where Prince William worked as a rescue pilot at the Royal Air Force (RAF) base in Valley.

There is still uncertainty about what the future holds for the Prince of Wales title, as its legitimacy and popularity amongst Welsh people divides national opinion.

A petition calling for an end to the Prince of Wales title "out of respect" for Wales has gathered more than 25,000 signatures.

An ITV and YouGov poll carried out in June 2022 found that 46 percent of people thought there should be another Prince of Wales, while 31 percent did not.

First Minister of Wales Mark Drakeford has said there is "no rush" for an investiture, while Plaid Cymru leader Adam Price has called for a public debate surrounding the title.

It's unlikely that Wales will ever see an investiture again on the scale witnessed in 1969.

Charles's six decades as Prince of Wales have come to an end, along with much of the ceremony and tradition that once defined the title.

What the future holds for the new Prince of Wales in his new role is uncertain, but now more than ever, the people of Wales have a greater role in shaping the country's future.