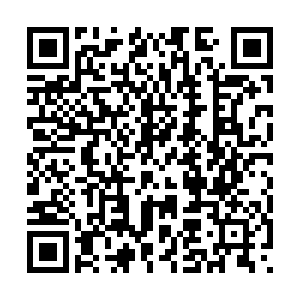 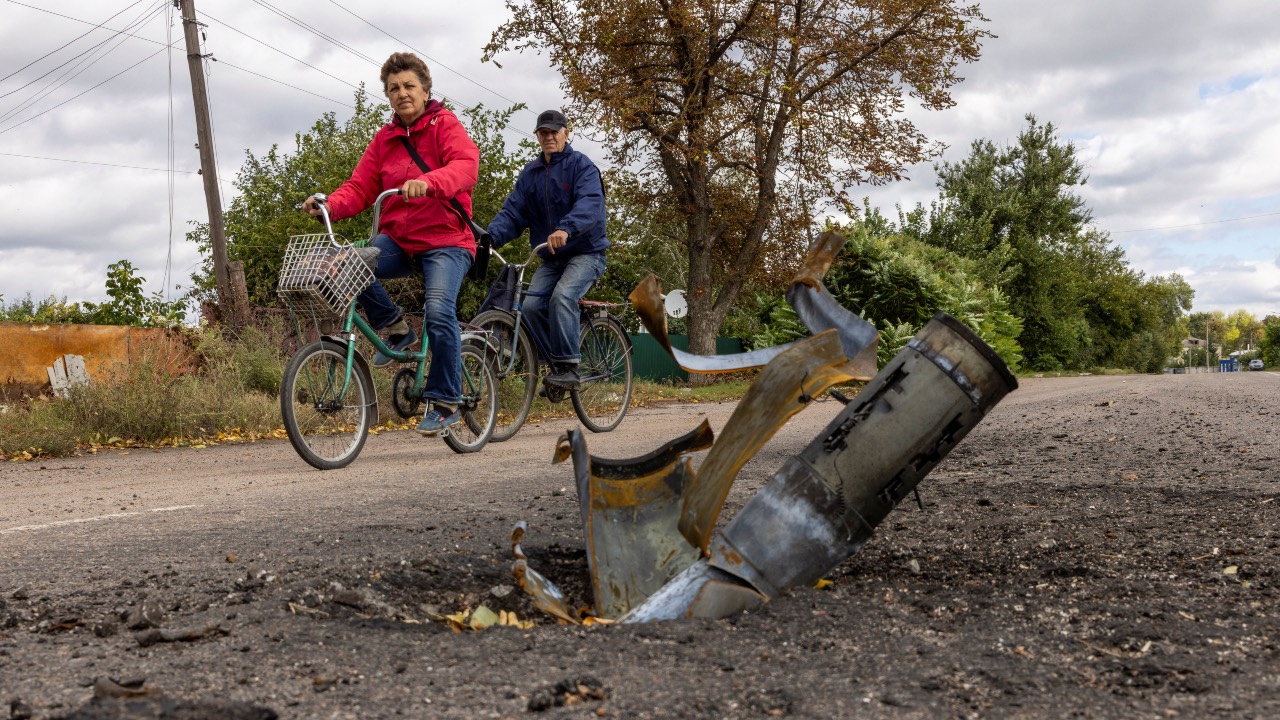 Locals ride past an exploded missile on a main road in the town of Balakliia in Kharkiv region. /Umit Bektas/Reuters

Locals ride past an exploded missile on a main road in the town of Balakliia in Kharkiv region. /Umit Bektas/Reuters

· The Kremlin said that reports mass graves were found in the formerly Russian-controlled city of Izyum in eastern Ukraine were fabrications. "These are lies," Kremlin spokesman Dmitry Peskov said, adding Moscow "will stand up for the truth in this story." Moscow has consistantly denied committing atrocities in the war or deliberately attacking civilians.

· Kremlin-backed authorities in Donetsk said a strike by Ukraine's forces on the Russian-controlled city had left more than a dozen people dead. "Initial information shows that as a result of punitive shelling ... in the Kuibyshevskyi district 13 civilians died," the Moscow-backed mayor of the city wrote on social media.

· President Volodymyr Zelenskyy vowed there would be no let up in Ukraine's fight to regain its territory as Kyiv said its troops had crossed the Oskil River, preparing for an assault on Russia's occupation forces in the eastern Donbas region. READ MORE BELOW

· Ukraine's southern command said its forces struck a radar station near Kherson and a pontoon crossing near Nova Kakhovka east of Kherson, where a Ukrainian counter-offensive has focused on taking out bridges across the Dnipro and Inhulets Rivers.

· Russia and Ukraine accused each other of provoking fighting in Kherson, after a video showed clashes in the center of the occupied Ukrainian city the previous evening. Russian official media Vesti-Crimea broadcast a video on Saturday evening showing an exchange of fire around two armored vehicles near Kherson train station.

· Russian-backed separatists in eastern Ukraine sentenced two employees of the Organization for Security and Cooperation in Europe to 13 years in jail on treason charges, Russian news agencies reported. In April, authorities in Luhansk announced the arrest of two OSCE staffers Dmitry Shabanov and Maxim Petrov for alleged espionage.

· Russia's offensive in Ukraine may cause long-term grain prices to rise seven percent, according to a study showing how expanded production elsewhere to compensate would lead to higher greenhouse gas emissions.

· Ukraine's nuclear energy agency Energoatom accused Moscow's troops of an attack on the country's second largest nuclear plant in the south. "The Russian army carried out a missile attack on the industrial site" of the Pivdennoukrainsk nuclear power plant, Energoatom said in a post on Telegram.

· Russia has probably lost at least four combat jets in Ukraine within the last 10 days, taking its total losses to about 55 since the beginning of the conflict, the UK military said.

· Russian pop superstar Alla Pugacheva denounced the Ukraine conflict and the "death of our boys for illusory goals".  It is unusual for Russian celebrities to criticize the war. 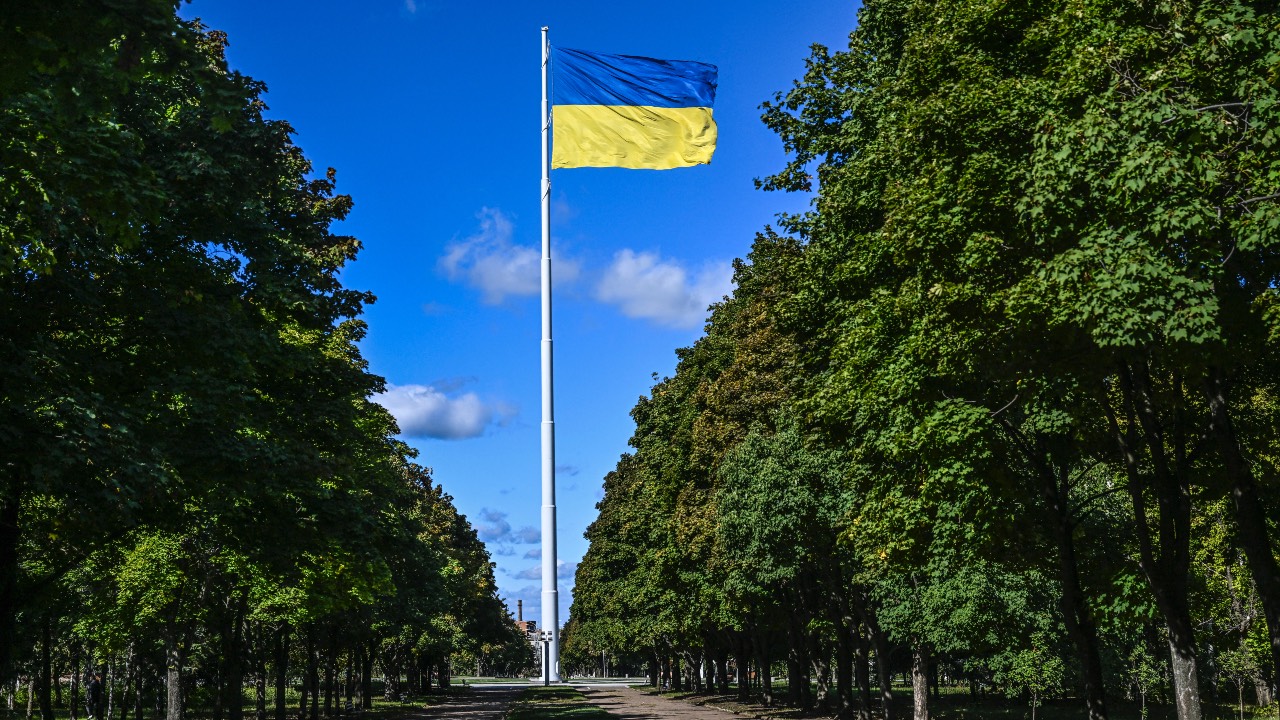 Ukraine's national flag can be seen fluttering in a park in Kramatorsk, in the Donetsk region. /Juan Barreto/AFP

Ukraine's national flag can be seen fluttering in a park in Kramatorsk, in the Donetsk region. /Juan Barreto/AFP

Zelenskyy: 'Ukraine must be free, all of it'

President Volodymyr Zelenskyy vowed there would be no let up in Ukraine's fight to regain its territory as Kyiv said its troops had crossed the Oskil River, preparing for an assault on Russia's occupation forces in the eastern Donbas region.

Crossing the Oskil River is another important milestone in Ukraine's counter-offensive in the northeastern Kharkiv region. The river flows south into the Siversky Donets, which snakes through the Donbas, the main focus of Russia's campaign.

Further beyond lies Luhansk province, base for Russia's separatist proxies since 2014 and fully in Russian hands since July after some of the conflict's bloodiest battles. Ukrainian troops "have pushed across the Oskil. From yesterday, Ukraine controls the east bank", the Ukrainian Armed Forces wrote on Telegram late on Sunday.

Serhiy Gaidai, Ukrainian governor of Luhansk, wrote on Telegram: "Luhansk region is right next door. De-occupation is not far away."

Ukrainian forces swept through the Kharkiv region this month after bursting through the frontline, sending thousands of Russian troops fleeing and abandoning their tanks and ammunition. In recent days, the pace of the Ukrainian advance has again slowed, but Zelenskyy said this was only because the forces were consolidating and preparing for further offensives.

"Perhaps it seems to some of you that after a series of victories we now have a lull of sorts," he said in his regular nightly address on Sunday. "But there will be no lull. There is preparation for the next series ... For Ukraine must be free. All of it."