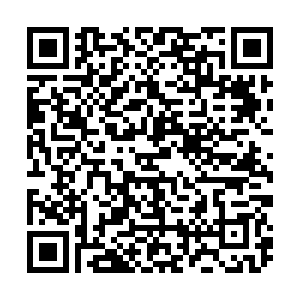 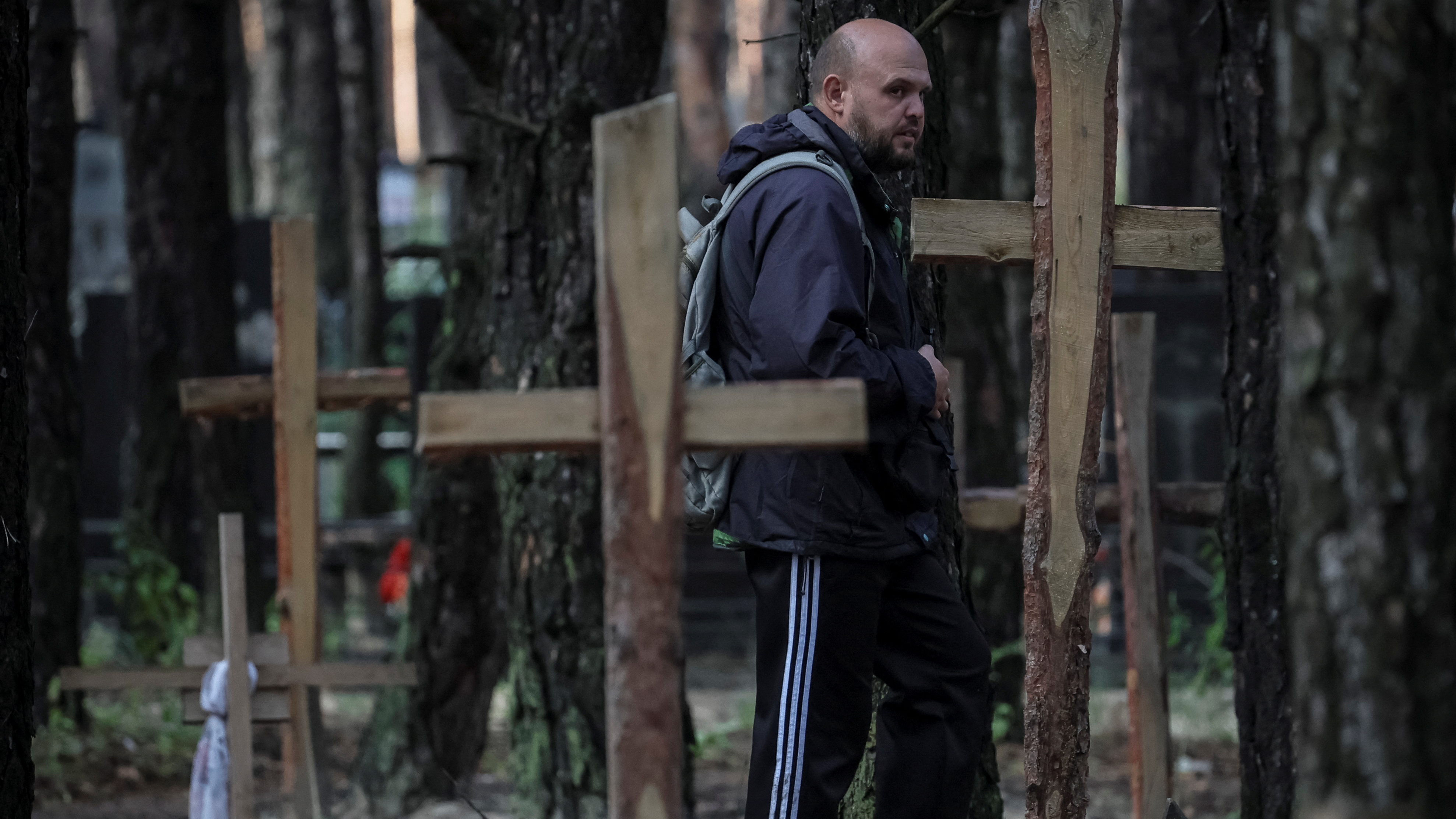 A local resident steps between graves looking for relatives at a place of mass burial during an exhumation in the town of Izyum. /Gleb Garanich/Reuters

A local resident steps between graves looking for relatives at a place of mass burial during an exhumation in the town of Izyum. /Gleb Garanich/Reuters

· Residents of Izyum in the recently reclaimed Kharkiv region searched for dead relatives in a nearby wooded grave site as emergency workers continued to exhume what they said were hundreds of bodies found after Russian forces were driven back. READ MORE BELOW.

· U.S. President Joe Biden urged Russian President Vladimir Putin not to use tactical nuclear or chemical weapons in the wake of setbacks in Ukraine. "Don't. Don't. Don't. It would change the face of war unlike anything since World War II."

· One of the four main power lines at the Russian-held Zaporizhzhia nuclear power plant has been repaired and is supplying the plant with electricity from the Ukrainian grid two weeks after it went down, the United Nations nuclear watchdog said.

· Russia has likely extended the locations it is prepared to strike, including targeting civilian infrastructure, in a move to undermine the morale of the Ukrainian government and people, the British military have claimed. READ MORE BELOW

·Five civilians were killed in Russian attacks in the Donetsk region over the past day, while in Nikopol several high-rise and private buildings, gas pipelines and power lines were damaged by Russian strikes, the regional governors said.

· Russia's defense ministry said its forces had launched strikes on Ukrainian positions in several parts of Ukraine, and accused Kyiv of shelling near the Zaporizhzhia plant. Ukraine denied shelling near the plant.

· The Russian army, seeking contract soldiers for what it calls the "special military operation" in Ukraine, is using mobile recruiting trucks to attract volunteers, offering nearly $3,000 a month as an incentive. Soldiers in camouflage and black masks showed their guns to interested passersby and handed out color brochures titled "Military service on a contract - the choice of a real man."

·Ukraine has launched a major offensive to recapture territory in the south, where it hopes to trap thousands of Russian troops cut off from supplies on the west bank of the Dnipro River, and retake Kherson. Kherson is the only large Ukrainian city Russia has captured intact since the start of the war.

Russian service members sit next to a mobile recruitment center for military service under contract in Rostov-on-Don. /Sergey Pivovarov/Reuters

Russian service members sit next to a mobile recruitment center for military service under contract in Rostov-on-Don. /Sergey Pivovarov/Reuters

Signs of torture at burial sites in Izyum

Ukraine's President Volodymyr Zelenskyy said investigators had discovered new evidence of torture used against some soldiers buried near Izyum, one of more than 20 towns that were retaken in the northeastern Kharkiv region after a lightning advance by Ukraine's forces earlier this month.

He said in a video address that authorities had found a mass grave containing the bodies of 17 soldiers in Izium, some of which he said bore signs of torture. Ukrainian officials said last week they had found 440 bodies in the woodlands near Izyum. They said most of the dead were civilians, and that the site proved war crimes had been committed by Russian soldiers.

Residents of Izyum have been searching for dead relatives at a forest grave site discovered last week and where emergency workers have begun exhuming bodies. The causes of death for those at the grave site have not yet been established, although residents say some died in an airstrike.

Moscow regularly denies committing atrocities or deliberately attacking civilians. The Kremlin has not commented publicly on the discovery of the graves.

Valery Marchenko, mayor of Izyum, told state television that "the exhumation is underway, the graves are being dug up and all the remains are being transported to Kharkiv."

He added "the work will continue for another two weeks, there are many burials. No new ones have been found yet, but the services are looking for possible burials."

The head of the pro-Russian administration that abandoned the area earlier this month accused Ukrainians of staging the atrocities at Izyum. "I have not heard anything about burials," Vitaly Ganchev told Rossiya-24 state television.

Police and experts work at a place of mass burial during an exhumation in Izyum. /Gleb Garanich/Reuters

Police and experts work at a place of mass burial during an exhumation in Izyum. /Gleb Garanich/Reuters

Russia widens its strikes on civilian infrastructure in Ukraine

In an intelligence update on Twitter, Britain's Ministry of Defence said that Russia had launched several thousand long-range missiles against Ukraine since the start of the invasion.

"However, in the last seven days Russia has increased its targeting of civilian infrastructure even where it probably perceives no immediate effect," the ministry said.

The strikes have struck targets including an electricity grid and a dam, it added.

"As it faces setbacks on the front lines, Russia has likely extended the locations it is prepared to strike in an attempt to directly undermine the morale of the Ukrainian people and government," the ministry said.