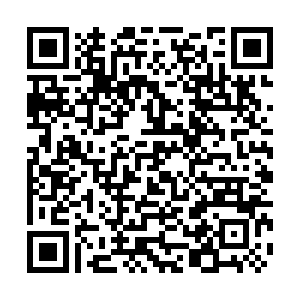 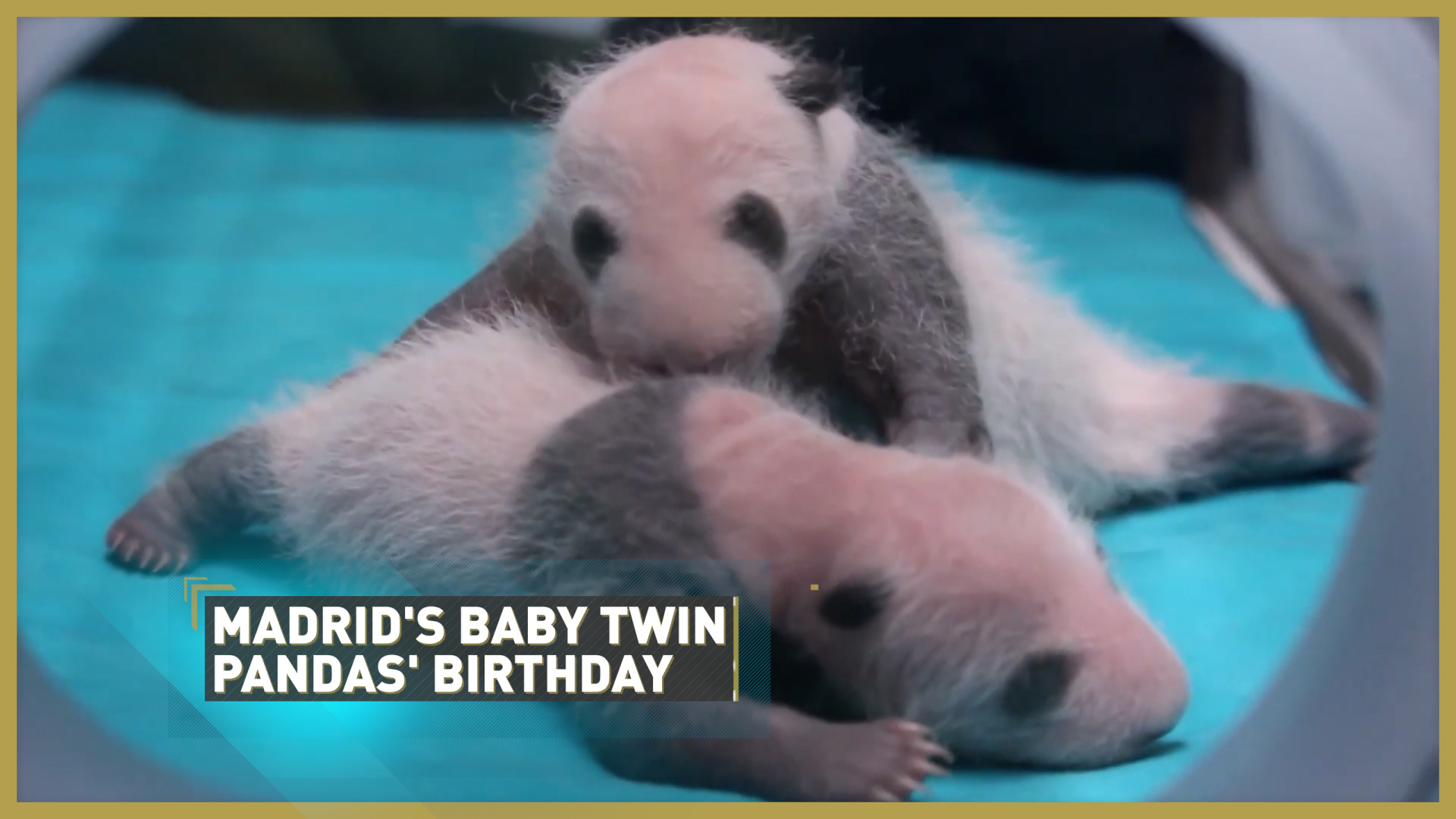 The twins' mother Hua Zui Ba and father Bing Xing have been at the zoo since 2007 and the conception and birth are considered a huge zoological success because it's notoriously difficult for the intensely shy species to mate in captivity. Their birthday coincides with the 50th Anniversary of the Madrid Zoo. As with many zoos around the world that keep Chinese Giant Pandas - it represents a strong cultural relationship between Spain and China. The cubs' names translated mean "the best wishes of friendship."

The baby panda's growth has been monitored closely by a team of experts and according to Rebecca Ortega, panda carer at Madrid Zoo, all signs are good.

"These Panda cubs have developed fast. They did weigh between just 140 and 170grams when they were born and now, they are between 33kg and 35 kg each. so yes, they do grow up really fast."

The long-term plan is for the pandas to return to Chengdu Research Base of Giant Panda Breeding in China, there, experts will try to re-assimilate them back into the wild.

Maria Delclaux, the curator at Madrid Zoo told CGTN Europe the hope is that eventually, they would reproduce to help increase the population.

"The young ones will return to the national program so they can breed with animals that are not related to them to avoid inbreeding. They will go to the Panda Valley which is the place where the pandas go prior to release to the wild."

Giant Pandas back from the brink

In recent years, the panda population has increased and there are now more than 2000 giant pandas in the wild. The IUCN conservation group has upgraded their status from 'endangered' to 'vulnerable'.

Much relief for conservationists and panda fans around the world, as the species claws its way back from the brink. 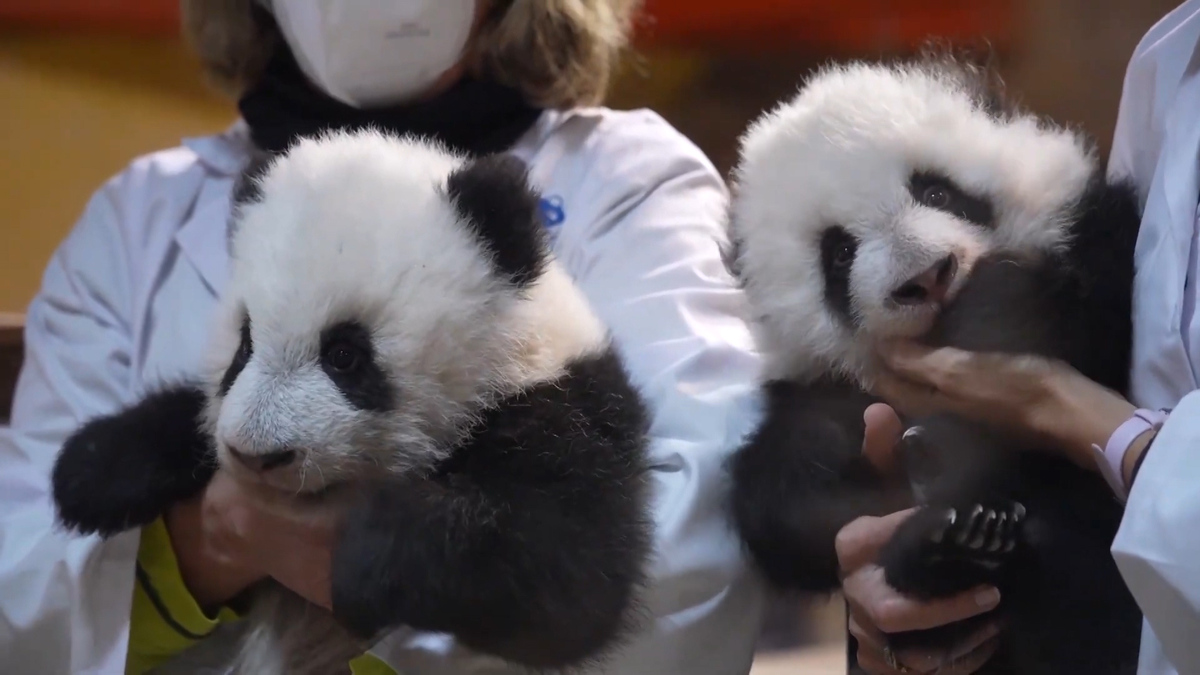 Happy birthday to You You and Jiu Jiu as they celebrate their first birthday at Madrid Zoo. /CGTN

Happy birthday to You You and Jiu Jiu as they celebrate their first birthday at Madrid Zoo. /CGTN