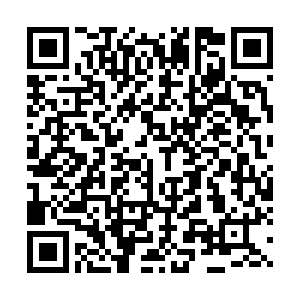 The 10,000th freight train connecting China to Europe this year arrived in Hamburg on Friday, marking an increase in rail cargo being transported between the two economic hubs.

In July, the number of trains dispatched between Europe and China hit over 1,500, an 11 percent increase on the same time last year. They transported roughly 150,000 containers carrying everyday items to Europe, including Lenovo computers and car parts for brands like Volvo and Polestar. On their return journey to China, cargo trains carry agricultural goods and parts for BMW cars.

The line saw a slow-down in freight transport in March and April as a result of the war in Ukraine. European sanctions meant challenging conditions for the line, making transport goods through Russia and into the European Union difficult. A small ceremony was organized to mark the train's arrival, with China's Deputy Consul General, Wei Wang, in attendance.

"Hamburg is the most important port in Germany and the biggest railway port in the world. More connection with the China Europe railway will help to make Hamburg more important," said Wang.

The event went ahead despite reports that the German government was taking steps to make trade with China less attractive. According to Reuters, Berlin is considering reducing, or scrapping, export guarantees to China, as well as stopping trade fairs from going ahead.

"Eurogate is a terminal operator and we live on trade, so for us, everything that might reduce or hinder trade is not positive to look at," he said, adding that "China for Hamburg and for Eurogate, is the main business partner when it comes to trade for Asia so it's extremely important and we're happy that we have China as a trade partner that is keeping us busy and keeping the terminal running."

Despite these geopolitical challenges, operators are confident that rail output between China and Europe will continue to increase thanks to freight trains being faster than shipping and greener than air freight.