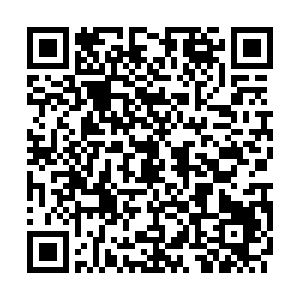 The Ukrainian 93rd Mechanized Brigade has been at the forefront of adopting new aerial tactics ever since the conflict with Russia started on 24th of February this year.

Its small but dedicated drone unit, which was fighting in the Eastern Kharkiv region has now been transferred to the front lines in Donetsk.

"We were transferred here because the 93rd Brigade has a lot of experience and a lot of specialists who can defend these areas, repel the enemy and push them back. Now we need to align to the front line (here)," Kostyantyn, a commander within the 93rd Division told CGTN.

Together with other unites they have built an extensive network of forward positions in Donetsk, where they have dug trenches and from where they launch their drones.

"Drones in modern warfare are eyes. And I really hope that we will have many more of these eyes. We are engaged in reconnaissance and work in the air against the enemy," Alex, a drone operator, explained.

In addition to reconnaissance, the team is also going on the offensive, launching multiple attacks on Russian military positions.

This is despite the Russian military having a significantly larger fleet of aircraft to deploy.

While Ukraine is heavily contesting the skies in and around Donetsk it is unable to protect civilians in the region from the pain of the war.

Speaking from the nearby town of Kostyantynika, which has been without running water for a month, Beleniuk Natalia explains the hardships of months of fighting.

"The situation in the city is very disturbing. We have missile attacks almost every day. Today, at 5am, a missile hit the school area. About a month ago, a shell hit the pumping station and we were without water."

And with the last direct face-to-face peace talks between the two sides ending in late March, the prospect of a non-military settlement to this conflict - already half a year old- seems distant.