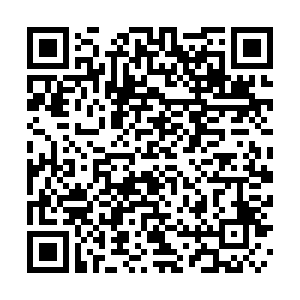 Voting closed on Friday in the leadership election to choose the next leader of the Conservative party, who will automatically become the UK's prime minister.

Liz Truss and Rishi Sunak have been travelling across the country in a series of hustings since early August, making their case to around 160,000 members of the party, who have been voting for a new leader.

The winner will be announced on Monday, 5 September. It's an announcement that will be closely watched in party heartlands like the town of Guildford, on the outskirts of London.

Who chooses the next leader?

Only members of the Conservative or so-called Tory party get to choose their next leader.

Exact details about the group's build-up are difficult to come by, but there are some key characteristics.

According to data from Queen Mary University of London and Sussex University, nearly two-thirds are men.

Around four in 10 are aged 65 and over - double the figure for the general population.

Many live in the more affluent south of England, where support for the party has traditionally been strongest, and they are wealthier too. Around 80 percent are considered middle or upper class in terms of their earnings, compared with just over half of people elsewhere in Britain.

Brexit has been a key dividing line for the Tories in recent years and therefore, a major feature of the recent leadership campaign.

More than three-quarters (76 percent) of party members backed the UK's exit from the EU, significantly higher than the 52 percent of the population who voted for it in 2016.

Why does the winner become prime minister?

Given the parliamentary system of politics, the leader of the party that wins most seats at general elections usually gets to form a government.

But after a tumultuous and at times, chaotic, few years in office, Boris Johnson was forced to resign after losing the backing of more than 50 ministers and aides in his government.

That triggered the search for a new leader, and after months of campaigning, either Truss or Sunak will take the reins.

It's the third time since 2016 that the Tories have sought new leadership, leading some to question how democratic the system is.

"69 million people in the UK are excluded from this vote. It's not a general election, the new leader will not have the mandate of a national vote behind them other than for this small group of self-selecting members who choose to join the party," said Mark Shanahan, associate professor of politics at the University of Surrey.

But the political system here has been built over centuries, making any change unlikely, especially given parliament's role in scrutinizing and challenging the government's work.

"There's a lot more people saying well actually, it should be down to our parliamentarians to elect the new leader," said Shanahan.

Before the national run-off, Conservative members of parliament voted to whittle down candidates to a final two. Sunak won all those rounds, but has lagged behind Truss since the election was expanded nationwide.

On the streets of Guildford, voters were mixed on whether 0.3 percent of the population ought to be deciding who governs.

Penelope said both candidates needed to be "more in touch with common people."

Another voter, Joseph, said it was "not fair", given the lack of transparency.

And Conservative party member, Simon Sever, said the current process was taking "too long" given the immediate challenges facing the UK but that it was "representative of conservative people across the country."

With the results of a long and heated campaign just hours away, the country is set to have its fourth prime minister since 2016.

But the challenges facing the winner are stark. Inflation is at a 40-year high of more than 10 percent. A cost-of-living crisis is crippling household budgets and rising energy prices are threatening the future of thousands of businesses.

Whoever wins will have to quickly shift their focus from the tens of thousands of Tory members to the nearly 70 million people they'll be leading.