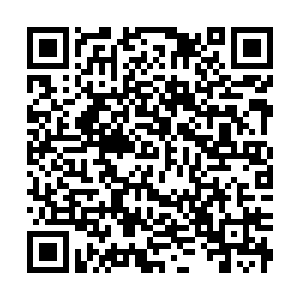 Cats in Walldorf are now allowed out unleashed. /Piotr Musiol/Unsplash

Cats in Walldorf are now allowed out unleashed. /Piotr Musiol/Unsplash

Humans around the world celebrated when localized COVID-19 lockdowns ended – and similar freedoms have just been regained for the feline population of one German town.

Cat owners in the German town of Walldorf had been required to keep their pets indoors from May 14 as part of a special lockdown to protect an endangered bird.

The move was ordered to help save the crested lark after authorities said there were only three breeding pairs left in the town, and the species was at risk in the state of Baden-Wurttemberg, and wider Germany.

The birds make their nests on the ground – and hence were easy prey for feline hunters. 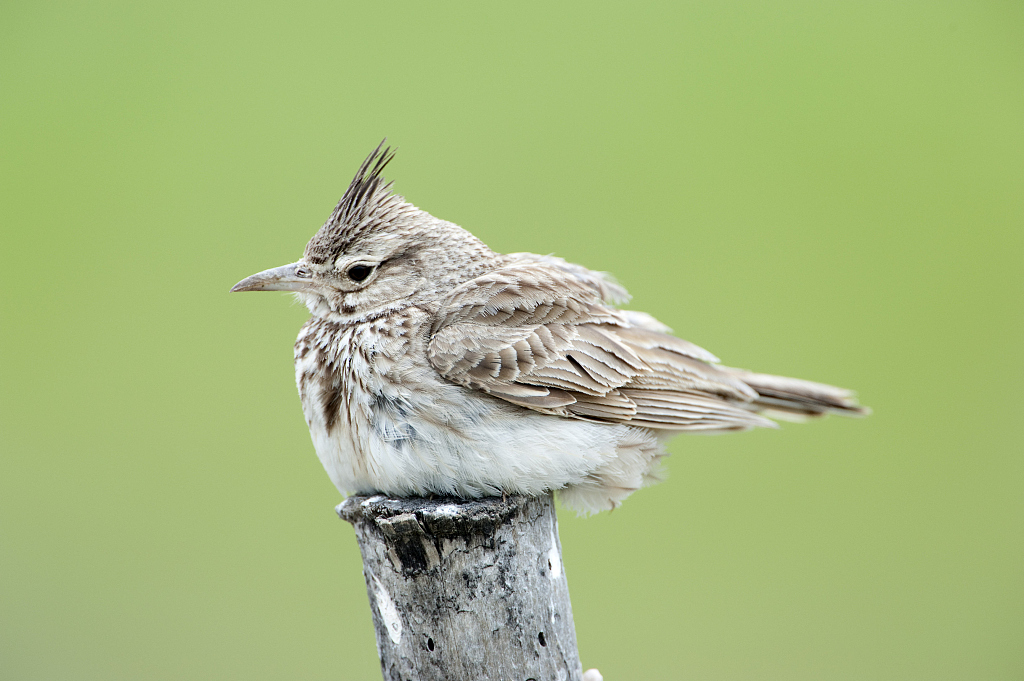 Owners risked a fine of $506 if their cat was found roaming outside and a penalty of up to $50,600 if the pet injured or killed a crested lark. Cats were only allowed outside if they were kept on a leash of no more than two meters in length.

The lockdown came to an end on Monday, two weeks earlier than expected, after the town's Mayor Matthias Renschler said a sufficient number of chicks were able to hatch during the spring.

"I am very pleased that the authorities have acted with a sense of proportion here in view of the current development," he said.

"Of course, the goal remains that this general decree will no longer be necessary in the future," the mayor added.

There had been outrage over the lockdown, with several German animal welfare organizations and activists blaming the decline in bird population on human causes.

"There are a number of reasons why birds' population is going down and I don't think it is only necessarily due to cats hunting these birds," she told CGTN.

"Climate change is having a severe impact on bird population, food supplies for them are dwindling. These are just some of the many reasons why birds' population is declining." 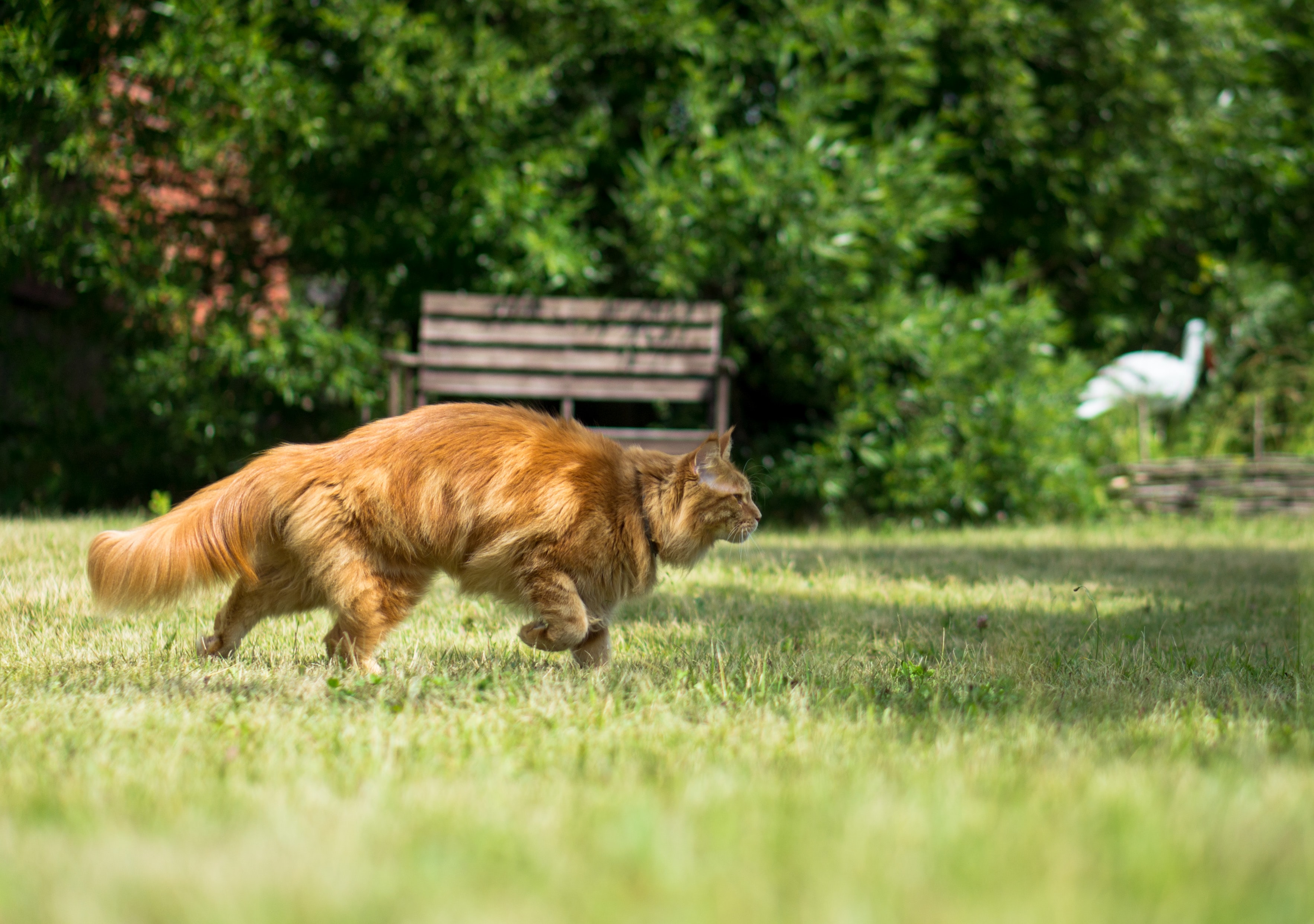 Putting cats into a complete lockdown can severely affect their mental health, according to Ross, because they are used to going outdoors. This was echoed by Deutscher Tierschutzbund, Germany's largest animal welfare organization, accusing the Walldorf decree of causing cruelty to animals.

"Suddenly preventing cats that are used to going outside from doing so means immense restrictions and great stress for the animals, and also for their owners," it said in a statement.

"This can express itself in aggressive but also depressive behavior – the animals scratch furniture, become restless, unclean, meow constantly or refuse to eat.

"From our point of view, this is against animal welfare. Being on a leash is not an animal-friendly alternative."

The debate over whether cats should be allowed to roam free has been a controversial one.

According to a 2013 study, free-ranging domestic cats kill between 1.3 and 4 billion birds, and between 6.3 and 22.3 billion mammals annually in the U.S. and – with unowned cats causing the majority of this mortality.

Recent figures from the Mammal Society say that cats in the UK catch up to 100 million animals over spring and summer, including 27 million birds.

A respected Polish scientific institute last month also classified domestic cats as an "invasive alien species", citing the damage they cause to birds and other wildlife.

Cats kill millions of animals per year. But does that mean imprisoning them is morally right? /Timothy Meinberg/Unsplash

Cats kill millions of animals per year. But does that mean imprisoning them is morally right? /Timothy Meinberg/Unsplash

"This discussion has been going on for many many years and every now and then a new study comes out. I do agree that in some areas, cats can be an invasive species – such as in Australia," said Ross.

Cats arrived in Australia with European settlers in 1788, and quickly spread throughout an isolated land in which the indigenous creatures were unprepared for such a predator. Many species were driven to extinction and are now estimated to kill around 1.8 billion Australian animals per year.

"But I am not sure when do we stop considering cats as invasive," said Ross. "How many thousands of years an animal has to live in an area to be not considered as invasive?"

Are cats to blame?

The UK's largest conservation charity, the Royal Society for the Protection of Birds (RSPB), says there is no clear scientific evidence that cats are causing bird populations to decline,  pointing the finger towards humans invading their natural habitats.

"In recent decades, intensive agriculture and our urban expansion, together with rising temperatures and other climate-related issues have put increased pressure on all wildlife, including birds, forcing them out of their natural habitat and further into the margins," it said in a statement to CGTN.

"Whilst we know that cats do kill large numbers of birds in UK gardens, there's no evidence this is impacting declines in the same way that these other issues are."

There are responsible actions that cat owners can take – such as putting a bell on collars, building enclosures for cats, and making sure that they are indoors when the young chicks are having their flight lessons, suggests Ross.

While Walldorf's cat lockdown has now ended, the joy for cats and the owners may be short-lived as authorities have indicated that restrictions may return next spring during the bird breeding season.