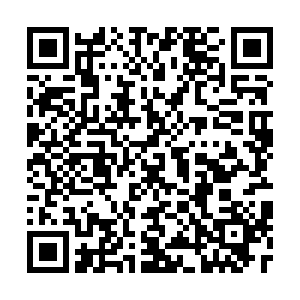 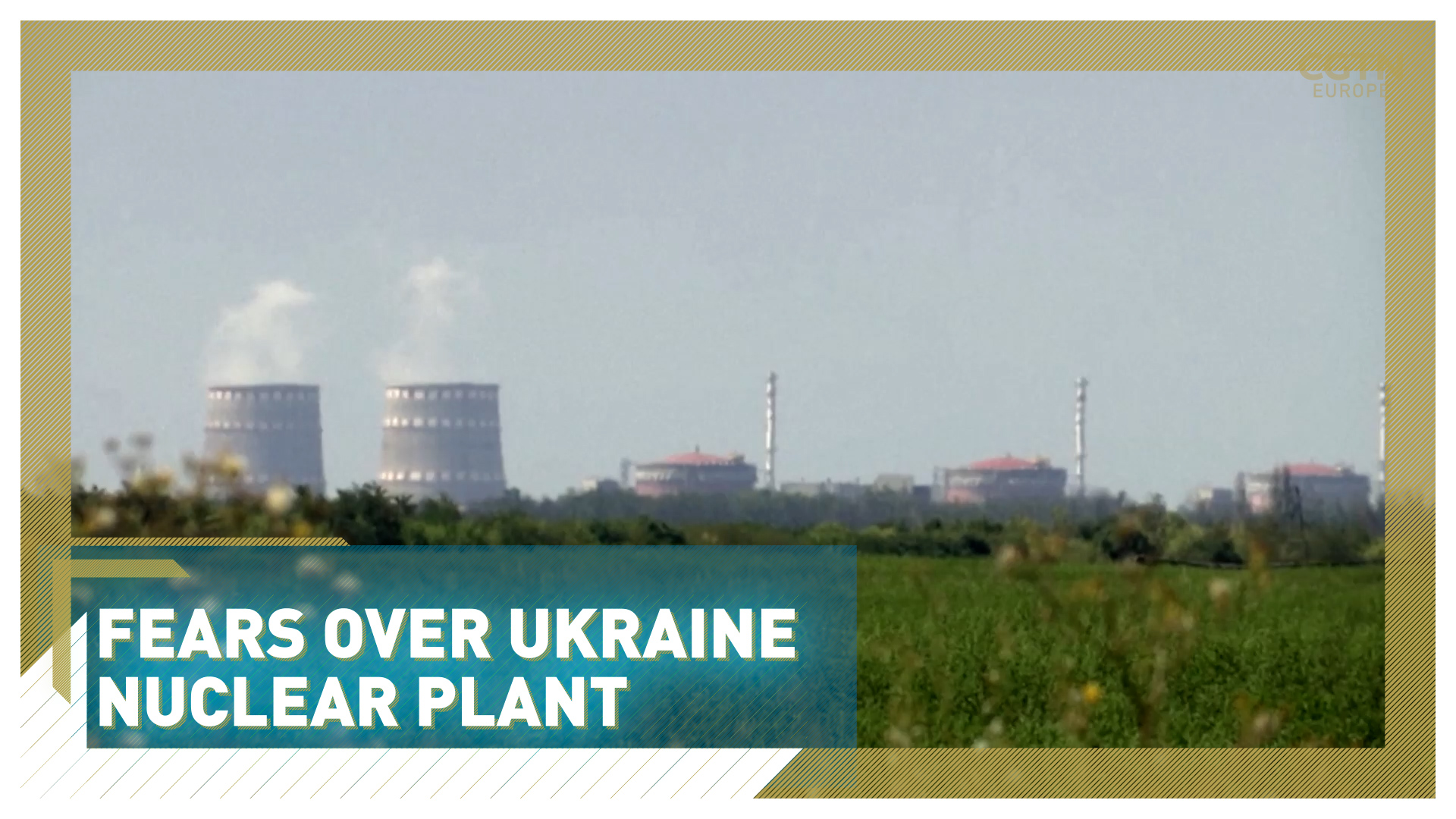 • The White House called on Russia to cease all military operations around nuclear facilities in Ukraine. "Fighting near a nuclear plant is dangerous," White House spokeswoman Karine Jean-Pierre told reporters aboard Air Force One during a flight to Kentucky, where President Joe Biden is to tour flood-damaged areas.

• The first cargo ship to reach its final destination after departing from Ukraine under a deal between Moscow and Kyiv docked in Turkiye, Kyiv said, while a consignment due in Lebanon reported delays. READ MORE BELOW

• An EU plan to cut gas consumption across the bloc by 15 percent to cope with an energy price crisis spurred by the conflict in Ukraine comes into effect. The EU regulation enshrining the plan agreed two weeks ago by the 27-nation bloc was published in the European Union's official administrative gazette, with the stipulation it would take effect from Tuesday.

• Ukraine conducted long-range strikes on Russian troop bases and two key bridges across the Dnipro river overnight, Ukrainian officials said. The strikes hit the only two crossings Russia has to the pocket of southern Ukrainian territory it has occupied on the western bank of the vast Dnipro river, said Natalia Humeniuk, spokesperson for Ukraine's southern military command.

• More than 450 foreign-made components have been found in Russian weapons recovered in Ukraine, evidence that Moscow acquired critical technology from companies in the U.S., Europe and Asia in the years before the start of the conflict, according to a new report by Royal United Services Institute defence think tank.

• Moscow-backed authorities in the southeastern Ukrainian region of Zaporizhzhia said they were pressing ahead with plans to stage a referendum on joining Russia. "I signed a decree... to start working on the issue of organizing a referendum on the reunification of the Zaporizhzhia region with the Russian Federation," Yevgeny Balitsky, head of the Moscow-installed administration in the occupied part of the region of Zaporizhzhia, said on social media.

• ​​The U.S. will provide an additional $4.5 billion to Ukraine's government, bringing its total budgetary support since the conflict began to $8.5 billion, the U.S. Agency for International Development said. 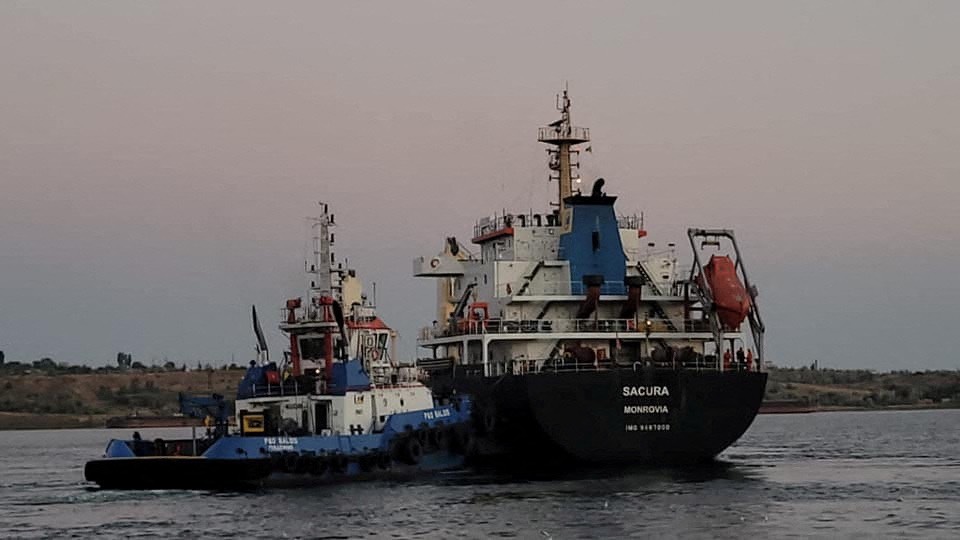 The Liberia-flagged bulk carrier Sacura is seen in the sea port of Pivdennyi after restarting grain export, near the town of Yuzhne, Ukraine. /Ministry of the Ukrainian Sea Ports Authority/Reuters

The Liberia-flagged bulk carrier Sacura is seen in the sea port of Pivdennyi after restarting grain export, near the town of Yuzhne, Ukraine. /Ministry of the Ukrainian Sea Ports Authority/Reuters

The United Nations and Turkiye brokered the agreement last month after warnings the halt in grain shipments caused by Russia's offensive in Ukraine could lead to severe food shortages and even outbreaks of famine around the world.

The Sacura, which departed from Pivdennyi, is carrying 11,000 tonnes of soybeans to Italy, Turkiye's defense ministry said, while the Arizona, which left Chornomorsk, is carrying 48,458 tonnes of corn to Iskenderun in southern Turkiye.

Separately, the Polarnet, which departed on Friday, reached its final destination in northwestern Turkiye's Derince on Monday morning to be unloaded, marking the completion of the first shipment since the exports were re-launched.

So far, around 243,000 tonnes of corn has been exported from Ukraine on seven ships since the first departure on August 1, according to a Reuters news agency tally of data from Turkiye's defense ministry.

Ukraine's infrastructure minister, Oleksandr Kubrakov, confirmed the two latest ships left on Monday, adding Pivdennyi, the third Ukrainian port included in the deal, was finally up and running as part of the initiative.

Kubrakov had said previously the opening of Pivdennyi would push Ukraine's total export capacity up to three million tonnes a month. 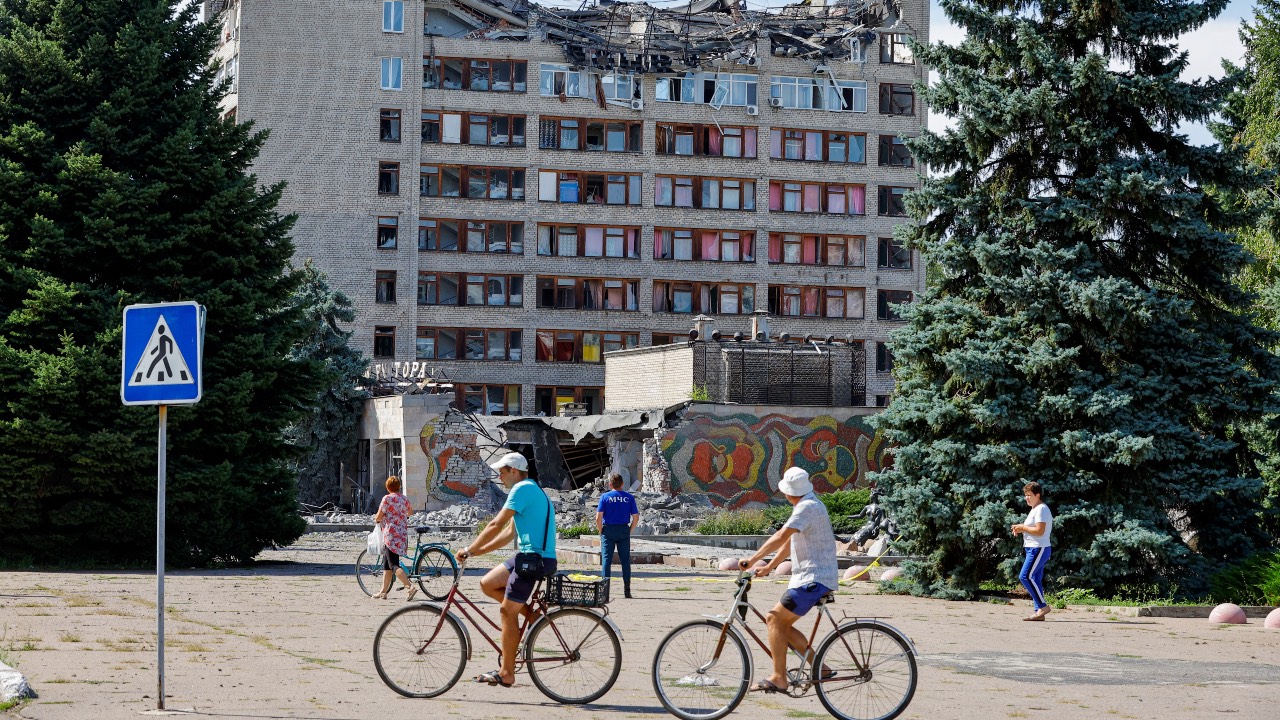 Locals walk and cycle past a hotel building recently hit by shelling in the Russian-controlled town of Svitlodarsk in the Donetsk region, Ukraine. /Alexander Ermochenko/Reuters

Locals walk and cycle past a hotel building recently hit by shelling in the Russian-controlled town of Svitlodarsk in the Donetsk region, Ukraine. /Alexander Ermochenko/Reuters

Finland registers number of asylum seekers 'more than ever before'

"By August 4, those fleeing Ukraine due to the Russian military attack had submitted 35,074 applications for temporary protection," the Finnish Immigration Service said in a statement.

More than 37,000 people are currently registered in the reception system, "which is more than ever before".

The previous record in the Nordic country was 32,000, during the 2015 migrant crisis in Europe.

"One third of those fleeing Ukraine are children," the Immigration Service said.

It has so far processed 33,480 applications for protection, meaning around 95 percent of applicants have already received a decision.

A total of 33,231 applicants have been granted protection, meaning less than one percent have not been given asylum.

"Applicants who have received a negative decision are nationals of countries other than Ukraine."

An applicant has the right to work immediately after registering their temporary protection application in Finland.

The latest figures from UNHCR, the UN's refugee agency, show that over 6.3 million refugees from Ukraine have been recorded across Europe.