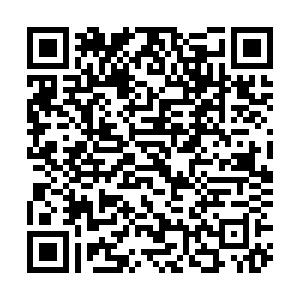 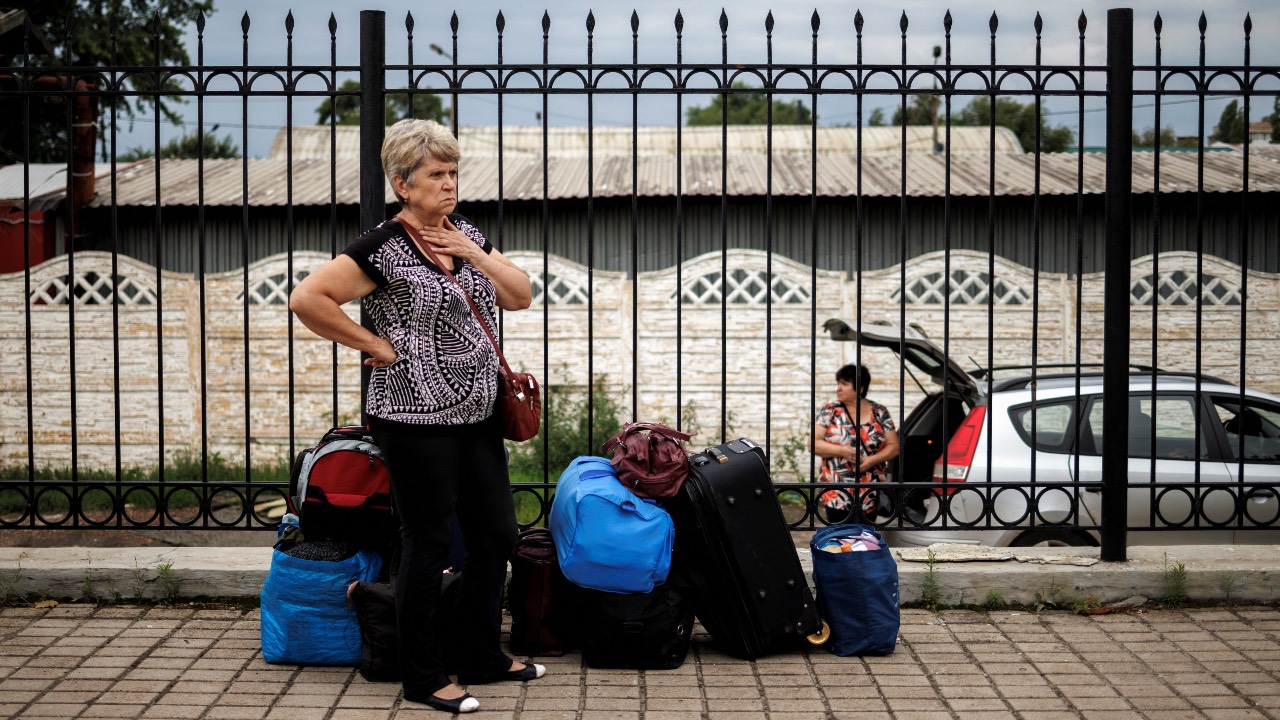 Galina Pryhodko, 71, and her sister Iryna, from Bakhmut, wait to board a train to Dnipro and Lviv during an evacuation effort from war-affected areas of eastern Ukraine, in Pokrovsk. /Alkis Konstantinidis/Reuters

Galina Pryhodko, 71, and her sister Iryna, from Bakhmut, wait to board a train to Dnipro and Lviv during an evacuation effort from war-affected areas of eastern Ukraine, in Pokrovsk. /Alkis Konstantinidis/Reuters

• Shells hit a high-voltage power line at a Ukrainian nuclear power plant captured by Russia, but Ukrainian authorities said the plant still worked and no radioactive leak had been detected. Ukraine's state nuclear power company Energoatom blamed Russian shelling for the damage at the Zaporizhzhia power station. Earlier, the Russian-installed administration of the Ukrainian city of Enerhodar said Ukrainian shells struck the lines at the plant, in the country's southeast.

• Amnesty International said it stands by its accusation that Ukraine is endangering civilians by creating army bases in residential areas to counter Russian forces, after a report from the rights group prompted a furious response from Kyiv.

• At the start of talks in Russia's Black Sea city of Sochi, Turkish President Recep Tayyip Erdogan told his Russian counterpart Vladimir Putin he hopes to open a "different page" in ties between Ankara and Moscow. President Putin told President Erdogan he was hoping to sign an agreement to boost trade and economic ties, as Russia's isolation grows following its attack on Ukraine.

• The first shipment of Ukrainian grain since Russia's offensive in Ukraine started is expected to dock in the northern Lebanese port city of Tripoli on Sunday, state media and Ukraine's embassy said. The Sierra Leone-flagged vessel Razoni set sail from the Ukrainian port of Odesa last Monday carrying 26,000 tonnes of corn and stopped in Turkey the next day. READ MORE BELOW

• Russia said it was ready to discuss a prisoner swap with Washington at the presidential level, a day after the drug conviction of U.S. basketball star Brittney Griner. The White House has urged Russia to accept its offer of a deal for the release of Griner and former U.S. Marine Paul Whelan, who was sentenced to 16 years in prison on espionage charges. READ MORE BELOW

• The White House accused Moscow of preparing to plant fake evidence to make it look like the recent mass killing of Ukrainian prisoners in an attack on a Russian-controlled prison was caused by the Ukraine military. "We expect that Russian officials are planning to falsify evidence in order to attribute the attack on the Olenivka prison on July 29," said White House spokesman John Kirby, citing undisclosed U.S. intelligence reports in making the claim.

• EU sanctions against Russia do nothing to prevent the delivery of pipeline turbine, said Eric Mamer, spokesman for the European Commission, accusing Moscow of fabricating an excuse to cut off gas supplies. Russian energy giant Gazprom said the delivery of a turbine needed to keep gas flowing to Europe via the Nord Stream 1 pipeline was "impossible" due to international sanctions. But Mamer dismissed this and accused Moscow of using energy supplies as a lever to blackmail Europe over its opposition to the conflict in Ukraine.

• A European Union plan to cut gas use and help Germany wean itself off dependency on Russia will come into effect early next week, the bloc's presidency said. Last week, EU member states agreed to reduce their use of gas by 15 percent over the winter, with exceptions for some countries and despite opposition from Hungary.

• ​​World food prices fell sharply in July, partly thanks to a deal between Ukraine and Russia lifting a sea blockade that had stopped Ukrainian grain shipments, a UN agency said. Food prices soared to a record high in March after Russia started its military campaign in Ukraine, raising fears that the conflict between two of the world's breadbaskets would spark hunger in countries relying on their exports.

• The United States' ambassador to the United Nations Linda Thomas-Greenfield said Russia's offensive in Ukraine will cause 40 million people to become food insecure and that sub-Saharan Africa will be hardest hit. 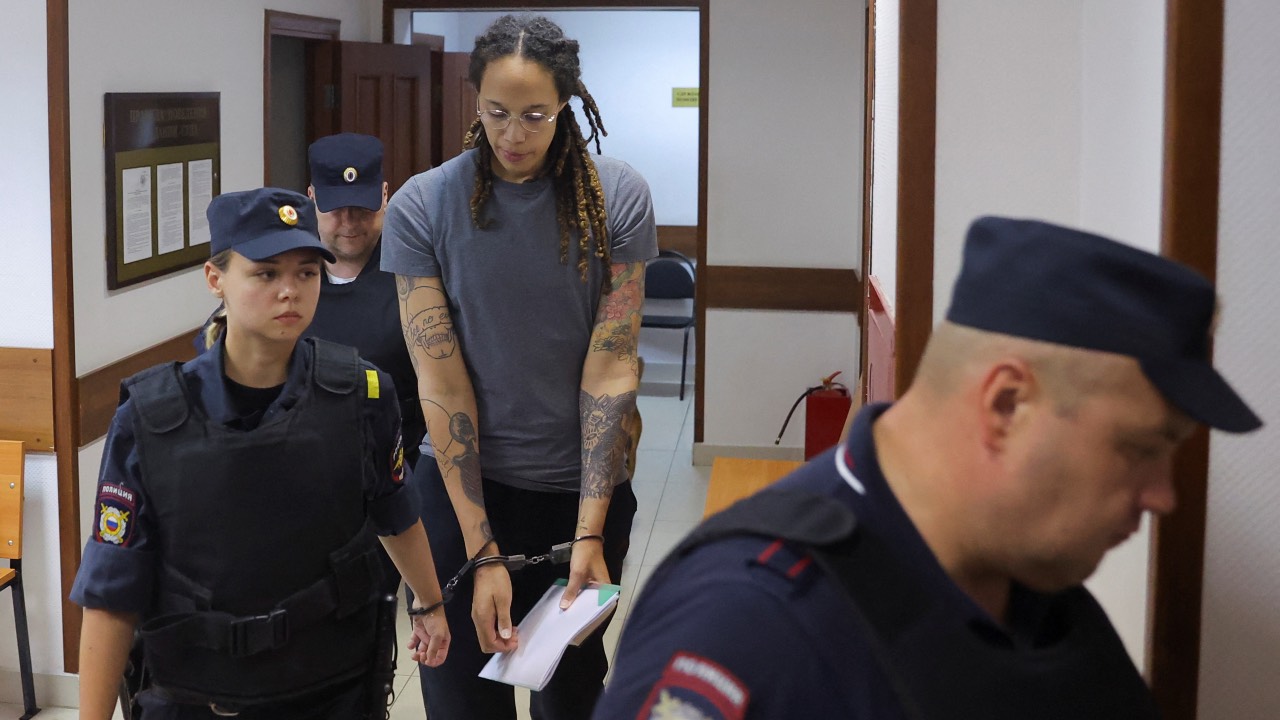 U.S. basketball player Brittney Griner, who was detained at Moscow's Sheremetyevo airport and later charged with illegal possession of cannabis, is escorted from court after the verdict in Khimki outside Moscow, Russia. /Evgenia Novozhenina/Reuters

U.S. basketball player Brittney Griner, who was detained at Moscow's Sheremetyevo airport and later charged with illegal possession of cannabis, is escorted from court after the verdict in Khimki outside Moscow, Russia. /Evgenia Novozhenina/Reuters

Russia said it was ready to discuss a prisoner swap with the United States in private, a day after a Russian court jailed U.S. basketball star Brittney Griner for nine years for a drugs offense.

The case against Griner, a two-time Olympic gold medalist and Women's National Basketball Association star, plunged her into a geopolitical maelstrom after Russia sent troops into Ukraine on February 24.

Despite tensions soaring between Russia and the U.S. since the launch of Moscow's military intervention in Ukraine, the former Cold War rivals appeared to be edging closer to a new prisoner exchange.

"We are ready to discuss this topic, but within the framework of the channel that was agreed upon by presidents Putin and Biden," Lavrov said during a visit to Cambodia.

"If the Americans decide to once again resort to public diplomacy ... that is their business and I would even say that it is their problem."

U.S. Secretary of State Antony Blinken said Washington was prepared to engage with Moscow through the established diplomatic channels. He said Griner's conviction highlighted her wrongful detention by Russia and further compounded the injustice that had been done to her.

The Kremlin has remained tight-lipped on the prospect of a swap, saying that if prisoner exchanges were discussed in the media, they would never happen.

"The Americans have already made that mistake, suddenly deciding to use megaphone diplomacy to resolve these issues," Kremlin spokesman Dmitry Peskov said. "This is not how they are resolved."

The U.S. has already made what Blinken called a "substantial offer" to secure the release of Americans detained in Russia, including Griner and former Marine Paul Whelan. 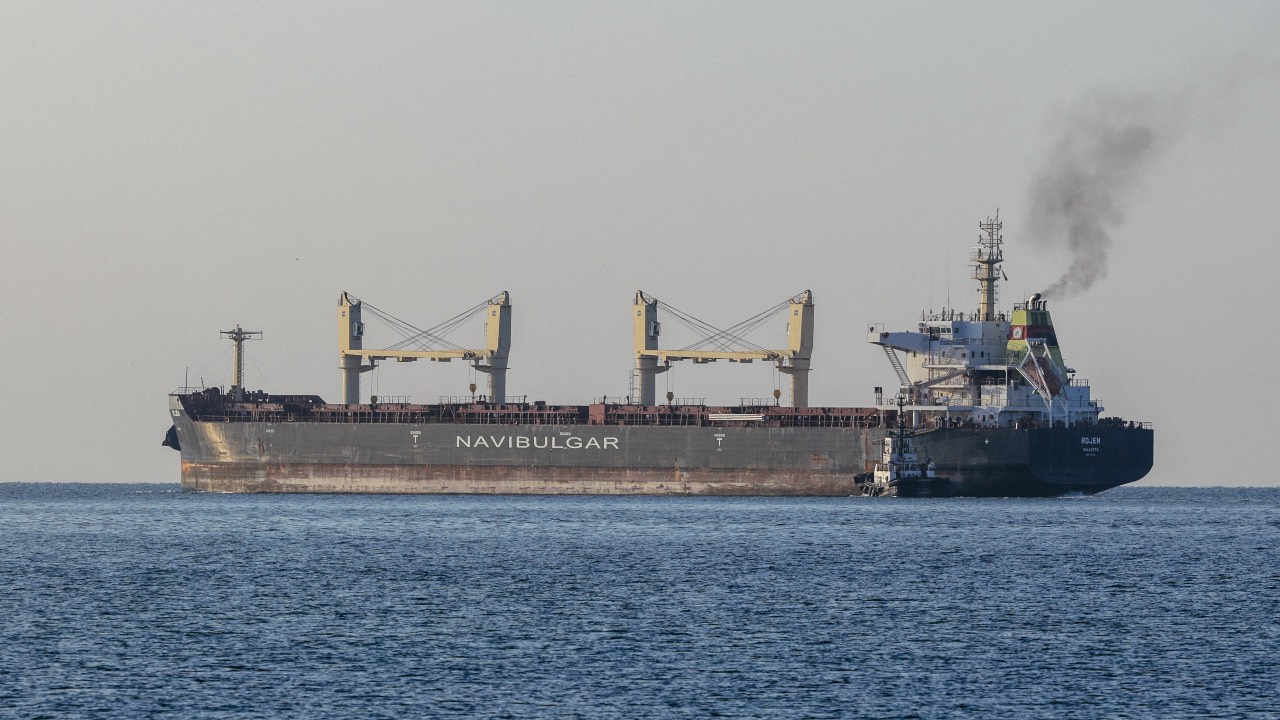 Three ships loaded with grain for the global market left Ukraine on Friday.

The vessels loaded with more than 57,000 tonnes of Ukrainian grain departed Black Sea ports under a recent agreement between Moscow and Kyiv aimed at easing a global food shortage.

The government in Kyiv said on social media two ships carrying Ukrainian maize – the Maltese-flagged Rojen and the Turkish Polarnet – set off from Chornomorsk while the Panama-flagged Navistar departed Odesa.

"Our main goal is to increase the trans-shipment volume in our ports. We have to process 100 carriers per month to be able to export the necessary amount of food stuffs," said Infrastructure Minister Oleksandr Kubrakov.

Grain shipments have resumed under a deal struck last month between Kyiv and Moscow, mediated by Turkey and under the aegis of the UN, in a bid to alleviate a crisis where food prices have soared in several countries.