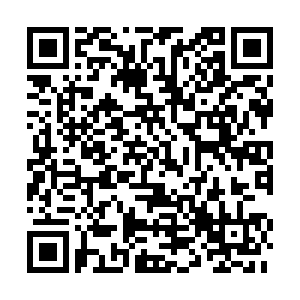 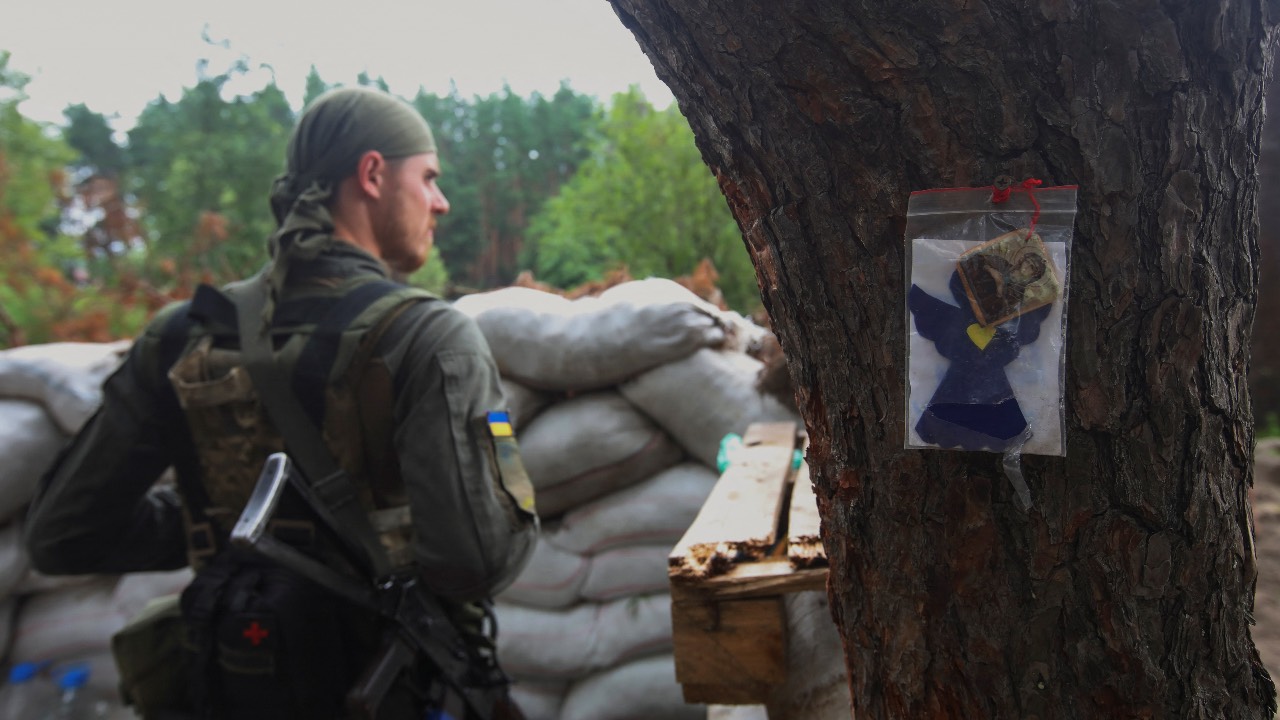 A member of the Ukrainian National Guard is seen at a position near a front line in Kharkiv region. /Vyacheslav Madiyevskyy/Reuters

A member of the Ukrainian National Guard is seen at a position near a front line in Kharkiv region. /Vyacheslav Madiyevskyy/Reuters

• Ukraine says its forces have retaken seven more villages in the southern Kherson region in a major counteroffensive. Moscow seized almost all the territory of the economically and strategically important region bordering the Crimea peninsula during the first days of its conflict. But in recent weeks, the Ukrainian army, bolstered by deliveries of Western-supplied long-range artillery, have regained ground.

• Russia's defense ministry says it has destroyed four warehouses containing rockets, artillery pieces and ammunition in the southern region of Mykolaiv and the eastern region of Donetsk.

• Ukraine said Russia had started creating a military strike force aimed at President Volodymyr Zelenskyy's hometown of Kryvyi Rih and warned that Moscow could be preparing for new offensive operations in southern Ukraine.

• Russian energy giant Gazprom said delivery of a turbine needed to keep gas flowing to Europe via the Nord Stream 1 pipeline was "impossible" due to sanctions on Moscow.

• The French government warned companies might have to reduce energy use this winter even with the country's natural gas reserves at full capacity, as Russia continues to reduce its gas exports to Europe.

• A Russian-installed official in Ukraine said Ukrainian forces had repeatedly used Western arms to attack Europe's largest nuclear power plant which is now controlled by Russian forces. "We are ready to show how the Russian military is guarding the plant, and how Ukraine, which receives weapons from the West, uses those weapons including drones to attack the nuclear power plant," said Yevgeny Balitsky, the head of the Russian-installed administration of the Zaporizhzhia region. READ MORE BELOW

• A Russian and Ukrainian team completed an inspection in Istanbul of a cargo ship carrying the first delivery of grain from Ukraine, Turkish officials said. The team of 20 inspectors, which also included UN and Turkish officials, has "completed its inspection work aboard the Razoni," allowing the Sierra Leone-flagged vessel to sail on to its final destination in Lebanon, the Turkish defense ministry said.

• Ukraine said any negotiated peace settlement with Moscow would be contingent on a ceasefire and the withdrawal of Russian troops, brushing off comments by ex-German Chancellor Gerhard Schroeder, who is a friend of President Vladimir Putin. Schroeder said he met the Kremlin leader in Moscow last week, and that Russia wanted a "negotiated solution" to the conflict and that there was even the possibility of slowly reaching a ceasefire.

• Finland's customs service said it had caught several travelers carrying drones and other sanctioned goods across the border with Russia that could boost Moscow's "industrial and military capabilities".

• Switzerland, a key refiner and manufacturer of gold bars, is banning imports of the precious metal from Russia, the government said. The central government aligned itself with EU sanctions which, on July 21, added a ban on gold imports of Russian origin to the list of restrictions following Moscow's offensive in Ukraine. 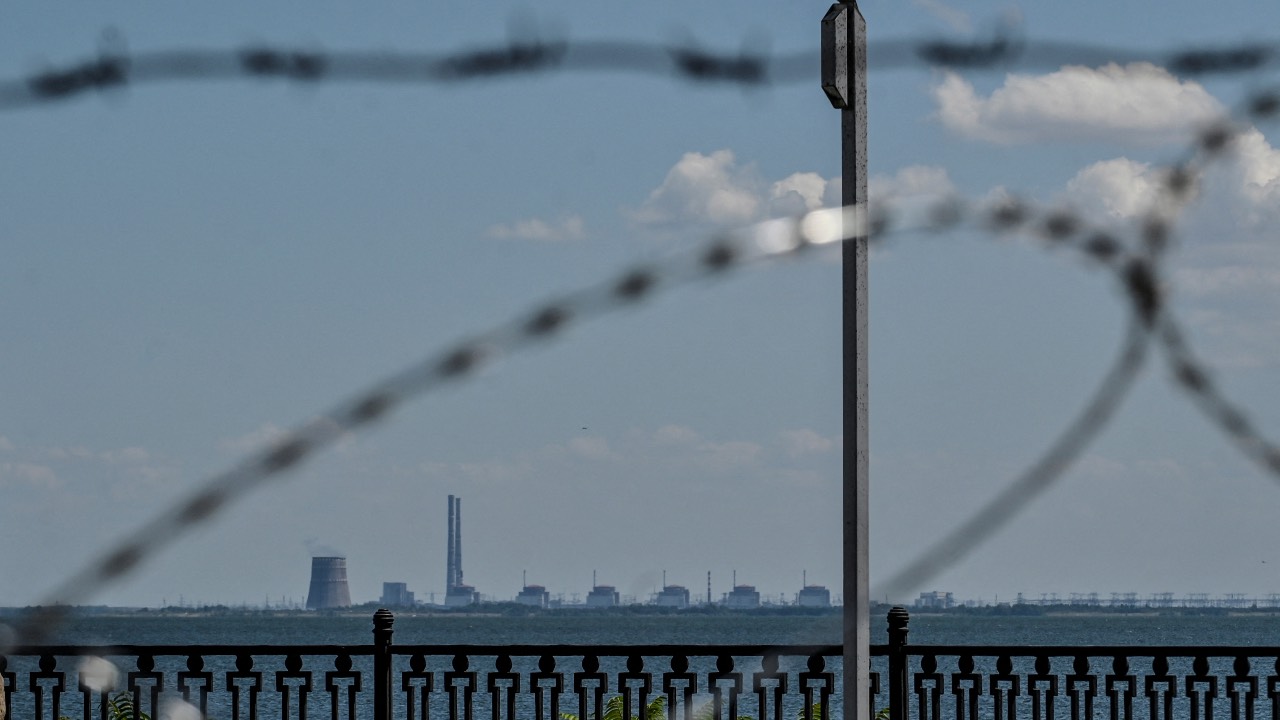 Zaporizhzhia nuclear power plant is seen from an embankment of the Dnipro river in the town of Nikopol. /Dmytro Smolienko/Reuters

Zaporizhzhia nuclear power plant is seen from an embankment of the Dnipro river in the town of Nikopol. /Dmytro Smolienko/Reuters

IAEA: Situation at Zaporizhzhia growing 'more perilous by the day'

The situation is "volatile" at Europe's largest nuclear power plant, which fell under Russian control in March during Moscow's offensive in Ukraine, the head of the international nuclear agency said.

Located on the Dnipro river in southeastern Ukraine, the Zaporizhzhia nuclear plant has been under Russian control since the early weeks of Moscow's military campaign, though it is still being operated by Ukrainian staff.

The International Atomic Energy Agency (IAEA) has been trying to send a mission there.

"The situation is really a volatile one," IAEA chief Rafael Grossi told a press conference at the UN headquarters in New York, where a conference of the 191 signatories of the Treaty on the Non-Proliferation of Nuclear Weapons is being held.

"Every principle of safety has been violated one way or the other. And we cannot allow that from continuing," he said.

At the start of the conference, he said that the situation at Zaporizhzhia is growing "more perilous by the day."

His organization has been trying for weeks to send a team to inspect the plant. Ukraine has so far rejected the efforts, which it says would legitimize Russia's occupation of the site in the eyes of the international community.

"Going there is a very complex thing, because it requires the understanding and cooperation of a number of actors," particularly Moscow and Kyiv, as well as the backing of the United Nations since the plant is in a war zone, Grossi explained.

"I'm trying to put a mission back together to go there as soon as I can."

On Monday, U.S. Secretary of State Antony Blinken accused Moscow of using the plant as a "military base to fire at Ukrainians, knowing that they can't and won't shoot back because they might accidentally strike a nuclear... reactor or highly radioactive waste in storage."

"That brings the notion of having a human shield to an entirely different and horrific level," he said.

The Zaporizhzhia region where the plant is located is largely under Russian control, and Moscow-backed separatists have said they are planning to stage a referendum on joining Russia this year.