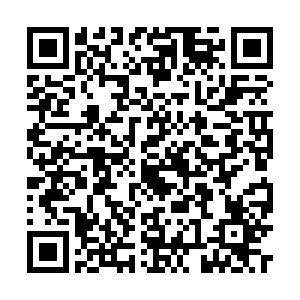 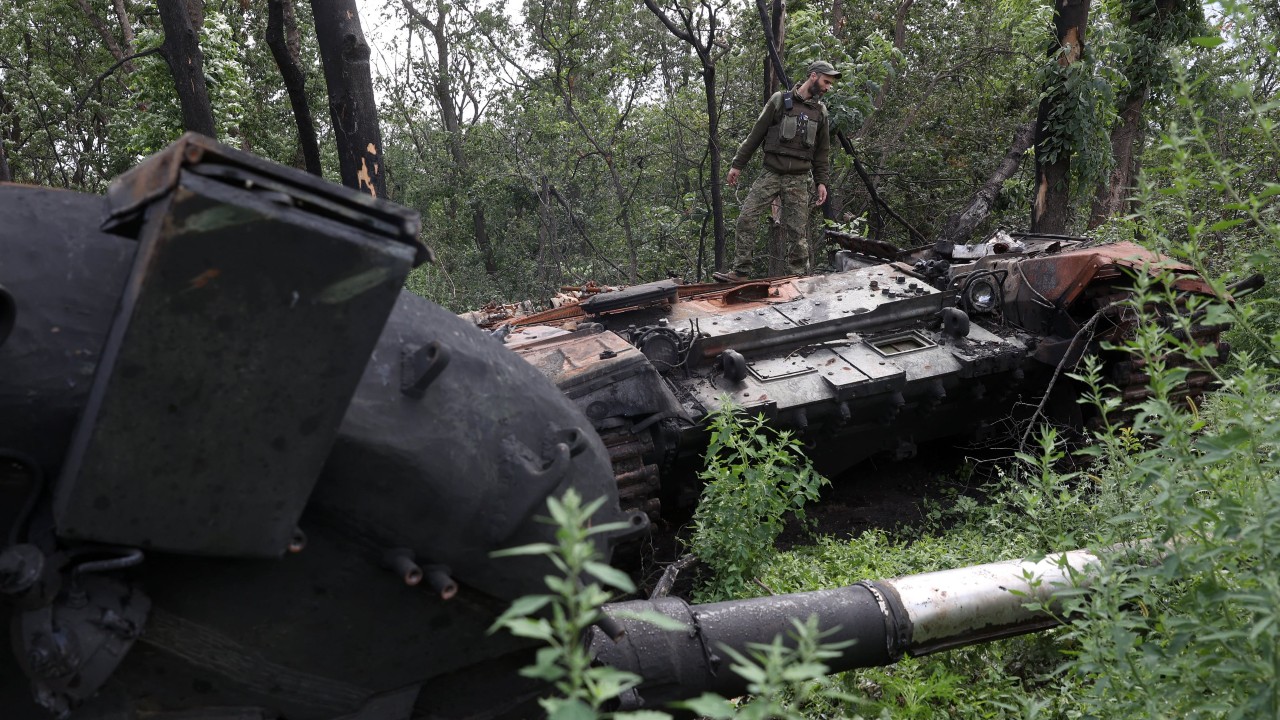 A Ukrainian soldier stands on a destroyed Russian tank near the frontline in Kharkiv region. /Anatolii Stepanov/AFP

A Ukrainian soldier stands on a destroyed Russian tank near the frontline in Kharkiv region. /Anatolii Stepanov/AFP

• Ukrainian President Volodymyr Zelenskyy said Russian missile strikes on Odesa were blatant "barbarism" that showed Moscow could not be trusted to implement the grain deal signed on Friday.

• Russia said on Sunday that its cruise missiles had struck military infrastructure at the Odesa port.

• Turkiye's defense minister said on Saturday that Russian officials had told Ankara,which along with the U.S. mediated the grain deal, that Moscow had "nothing to do" with the Odesa strikes.

• Ukraine could export 60 million tonnes of grain in eight to nine months if its ports were not blockaded, but Russia's strike on the port of Odesa showed it will definitely not be that easy, an economic adviser to the Ukrainian president said.

• A senior U.S. Congressional delegation, including Representative Adam Smith, chair of the House Armed Services Committee, met Zelenskyy in Kyiv on Saturday and promised to try to ensure continued support in the 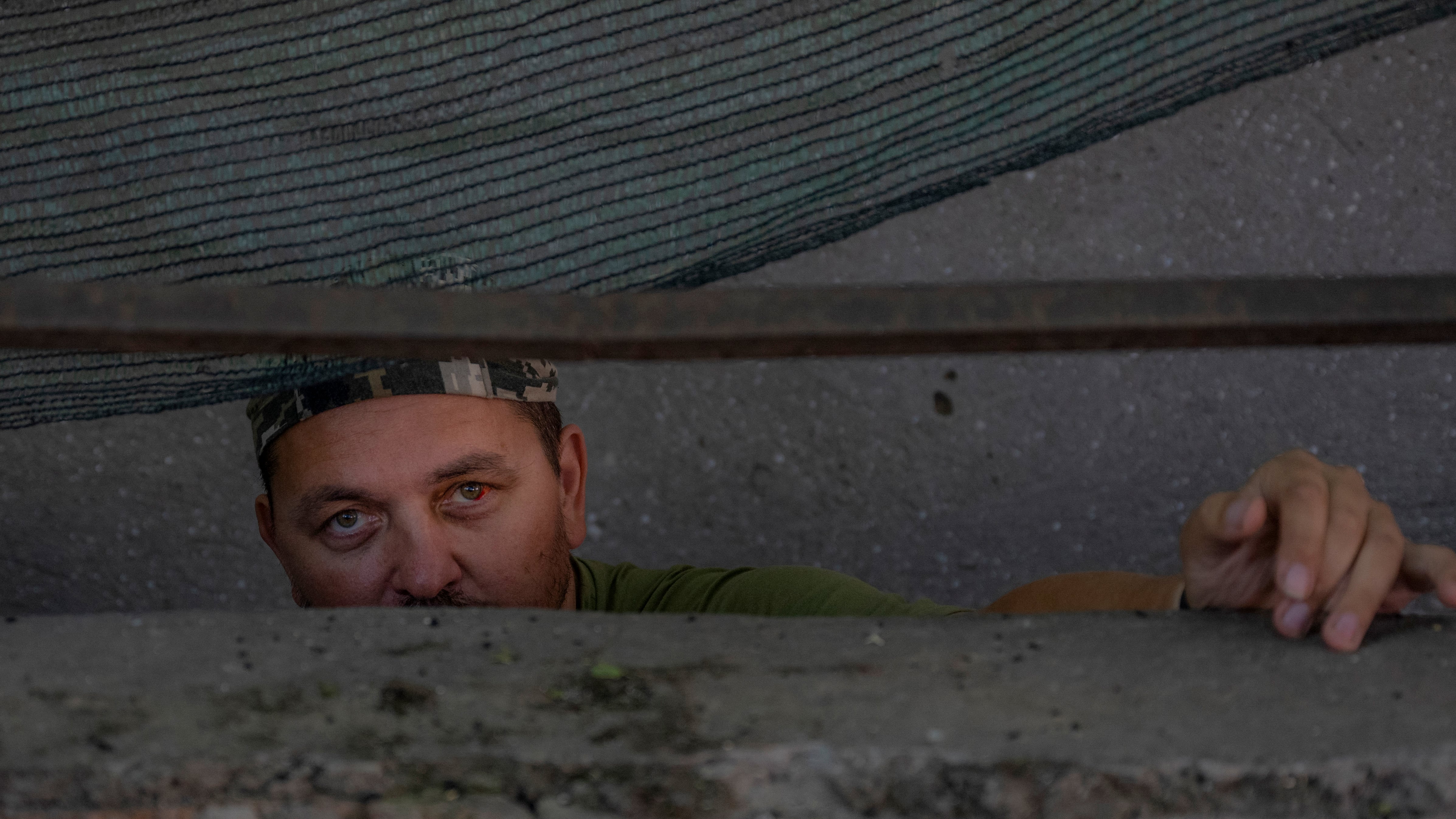 A Ukrainian soldier keeps position on the frontline in the Mykolaiv region. /Bulent Kilic/AFP

A Ukrainian soldier keeps position on the frontline in the Mykolaiv region. /Bulent Kilic/AFP

Ukraine's defense ministry urged citizens in a key area seized by Russia to reveal where Moscow's troops were living – and who among the local population was collaborating with the occupying authorities.

The statement by the ministry's defense intelligence directorate was aimed at people in and around the southern city of Enerhodar, which is home to a major nuclear power station.

"Please let us know as a matter of urgency the exact location of the occupying troops' bases and their residential addresses... and the places of residence of the commanding staff," it said, adding that exact coordinates were desirable.

It also asked for details "of local collaborators who went over to the side of the enemy", including where they lived and worked, as well as information about "people who 'sympathize' with the occupiers."

Russia captured Enerhodar in early March and in May, the Russian-appointed head of the city was injured in an explosion. The Kremlin termed it a "terrorist attack."

In June, a pro-Russian official in the southern Kherson region was killed in a blast, RIA news agency said. Earlier that month the head of the region's penal service was taken to hospital after a bomb exploded near his car.

The intelligence directorate's appeal – published on Telegram – also asked for the routes that Russian military equipment was using in Enerhodar.

"Together, let's kick the occupants out of our homeland!" it said, adding people could either call in details or provide them via the WhatsApp or Signal instant messaging apps.

Enerhodar had a pre-war population of more than 50,000. Many residents work at the two power plants near the town, one of which is the Zaporizhzhia facility, the largest nuclear power station in Europe.