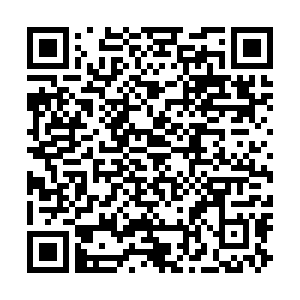 Depression is not caused by a chemical imbalance of the serotonin in the brain, according to a new study which suggests anti-depressant medications may be ineffective at treating the condition.

Researchers from University College London (UCL) examined existing research and found no evidence that there was a chemical cause of depression. Their conclusions are disputed.

"The original justification, which was the idea that antidepressants correct some sort of underlying chemical imbalance, particularly a deficiency of serotonin, has not been shown to be supported by scientific evidence. And of course many, many people have been told that this is why they need to take an anti-depressant. And we can say that actually that's not true," lead author of the study Joanna Moncrieff of UCL told CGTN Europe.

Other scientists said that the term depression covered a large range of conditions, caused by many factors. There was evidence to suggest anti-depressants could work, some said. The UK Royal College of Physicians advised people to continue taking medication they have been prescribed.

"It is very clear that people suffering from depressive illness do have some abnormality of brain function, even if we do not yet know what this is, and that antidepressants are effective treatments for severe depression whereas interventions such as exercise and mindfulness are not," David Curtis, honorary professor at the UCL Genetics Institute, who was not involved in the latest research, told the Science Media Centre.

Moncrieff told CGTN that her research raised concerns that some people might be causing themselves long-term harm by taking drugs that do not treat their condition.

"Hopefully if people are made we can't show that depression is due to a chemical imbalance, people will make more informed decisions about whether to take antidepressants or not. They'll think about what else antidepressants might be doing to the brain if they're not reversing an underlying abnormality. What are they doing? Are they, you know, changing the brain chemistry in some way that might be harmful, for example? And hopefully that will reduce the use of anti-depressants and encourage people to look for other sorts of solutions, which are probably, in the long run, at least less harmful."