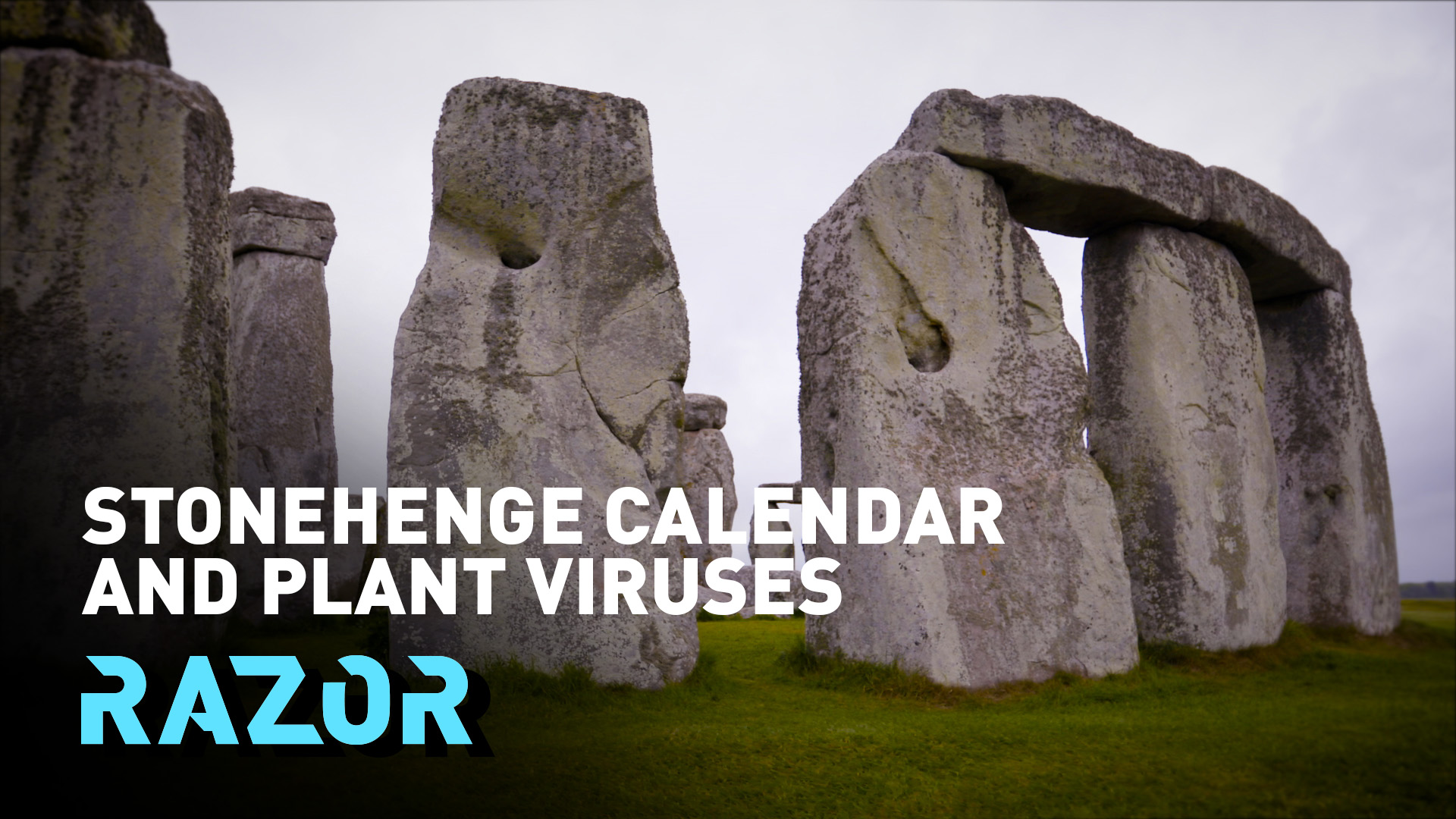 For thousands of years, mystery has surrounded Stonehenge, the emblematic monument located on the plains of south east England.

The largest stone circle of its time, it has long been understood that the effort taken to cut, haul and assemble the rocks means that their significance must have been huge.

But debate has raged over their purpose.

Professor Tim Darville from the University of Bournemouth explains to RAZOR that the stones are likely to have served as a calendar. Each of the stones in the large sarsen circle represented a day within a month and functioned like the solar calendar used in ancient Egypt, based on a year of 365.25 days, according to his reckoning.

The monument could also be used to track months and took on an added importance during the midwinter festival, he argues.

There are at least 1,000 different kinds of plant viruses that exist in nature. They can wipe out large areas of farmland and pose a huge threat to agriculture. Yang Zhao has met the scientists in Beijing who are using the natural defense mechanisms of plants as a means of virus control.