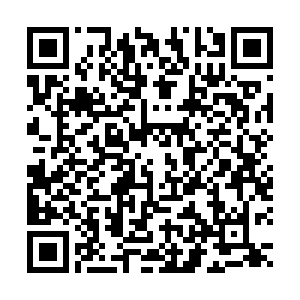 Delegates from China and the European Union held virtual trade talks on Tuesday, agreeing to work towards improving the business environment without announcing any specific new measures.

The talks focused on global economic challenges with supply chain disruptions caused by the war in Ukraine and the effects of the COVID-19 pandemic high on the agenda.

Relations between Brussels and Beijing have been strained since a trade deal which took seven years to negotiate was frozen in 2021 by the European Parliament.

That decision was taken amid a tit-for-tat sanctions dispute over China's human rights record.

A summit between the EU and China in April this year finished without a joint statement.

A dispute between Lithuania and China has further complicated things.

Vilnius allowed Taipei to open a de facto embassy in Vilnius, a move that was met with an angry reaction from Beijing, which downgraded its diplomatic relations with the Baltic country.

Lithuania subsequently accused China of blocking Lithuanian goods, something Beijing denies. The EU launched a complaint with the World Trade Organisation earlier this year which may progress to a dispute panel.

In the EU's statement on Tuesday, it mentioned Lithuania by name, saying that economic coercion is unacceptable.

China and the EU are two of the world's biggest markets and exporters, exchanging 700 billion euros of goods and services in 2021. A deal on mutual recognition for scores of protections for specific agricultural products, signed at the end of 2020 has benefited both European and Chinese farmers and exporters.

In a statement, Dombrovskis said, "The importance of our economies comes with a responsibility to shape joint responses to global economic and trade challenges."

Dombrovskis also referred to the war in Ukraine as a cause of many of those challenges.

The EU has called on China to support sanctions against Moscow but China says the measures are causing harm across the globe without bringing peace in Ukraine any closer.

Although their views differ on the causes of the current economic instability, Beijing and Brussels agreed to strengthen their communication on macroeconomic policies and work more closely to improve supply chain disruption.