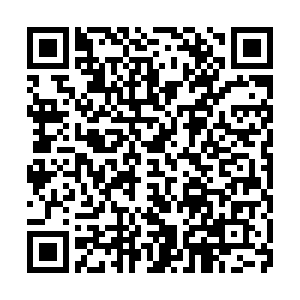 Rescuers work at a residential building hit by a military strike in Mykolaiv. /Reuters/State Emergency Service of Ukraine

Rescuers work at a residential building hit by a military strike in Mykolaiv. /Reuters/State Emergency Service of Ukraine

• Russian forces struck targets in the Mykolaiv area of southern Ukraine on Wednesday and intensified attacks on fronts across the country.

• Russia's defense ministry said that the strikes in Mykolaiv were on a military training base for "foreign mercenaries."

• More than $330 billion in financial resources owned by Russia's elite and the central bank has been frozen by a sanctions task force of leading Ukraine allies. READ MORE BELOW

• Russia has not yet been informed about the detention of a tanker with Russian oil products by U.S. authorities, Interfax cited Deputy Foreign Minister Sergei Ryabkov as saying.

• Pro-government Turkish media lauded a deal to allow Finland and Sweden to join NATO as a triumph for President Tayyip Erdogan.

• The Moscow-imposed military-civilian administration in Ukraine's Kherson region said it had begun preparations for a referendum on joining Russia, an official in the administration told Reuters.

• Russian President Vladimir Putin would not have started the war in Ukraine if he was a woman, according to British Prime Minister Boris Johnson.

• The Russian army claimed it hit a nearby weapons depot in its attack that sparked a blaze at a Kremenchuk shopping mall, which it said was empty. This came in response to Ukraine reporting that 18 people had died in the incident. Zelenskyy published CCTV footage of the explosion [SEE BELOW] saying it was a "deliberate" attack. 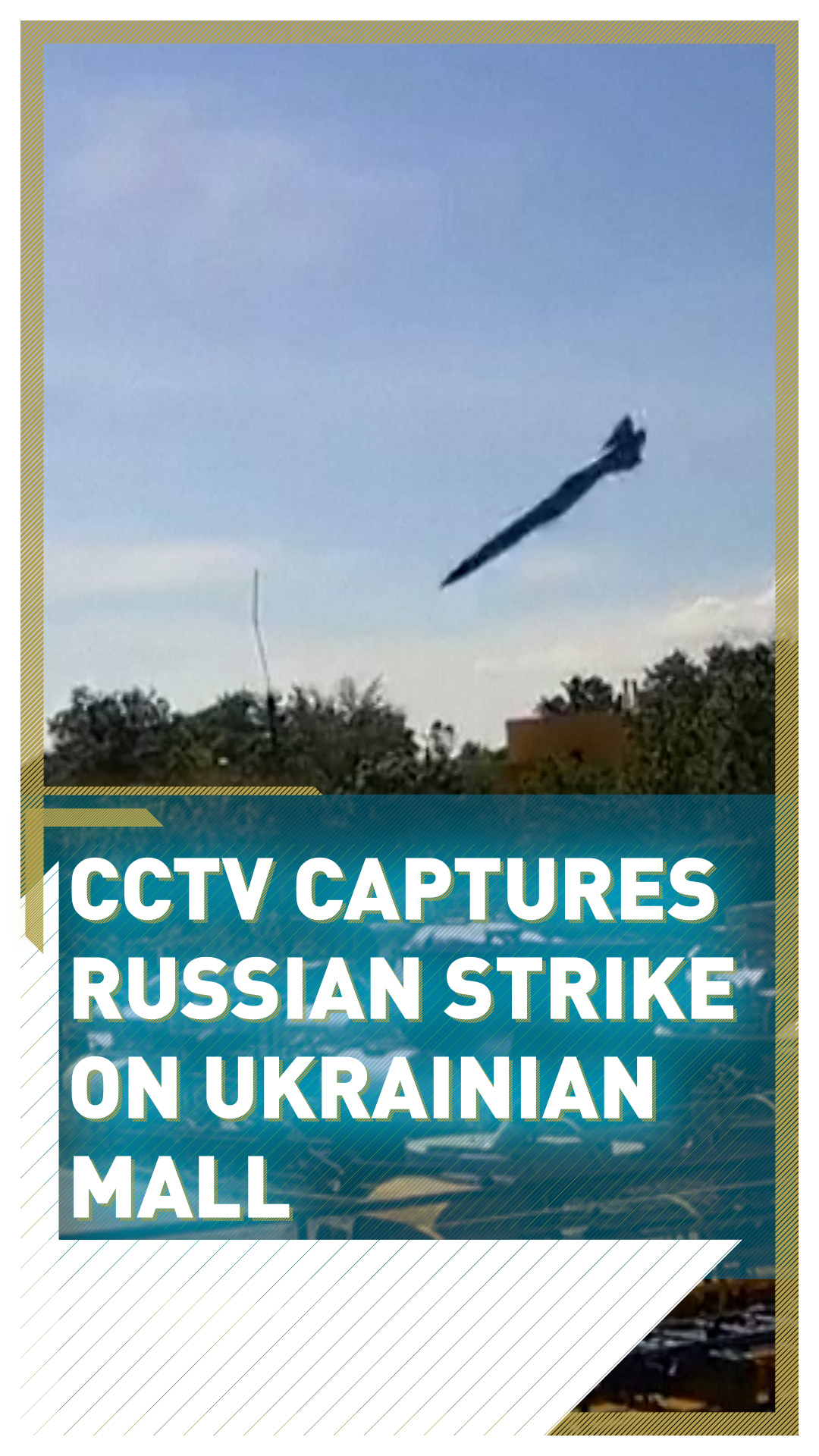 Ukrainian President Volodymyr Zelenskyy told NATO leaders his country needed more weapons and money to defend itself against Russia, warning that Moscow's ambitions did not stop at Ukraine.

"This is not a war being waged by Russia against only Ukraine. This is a war for the right to dictate conditions in Europe - for what the future world order will be like," he said in a virtual address to a summit of the Western defense alliance in Madrid.

"That is why it is absolutely necessary to support Ukraine, even now, with weapons, finances, and political sanctions against Russia, which will stop its ability to pay for the war."

"By providing them to us, you can completely break Russia's tactics to destroy cities and terrorize civilians," he said.

Moscow calls its actions a "special military operation" to disarm Ukraine and rid it of what it calls anti-Russian nationalism instigated by the West. Ukraine and the West say Russia launched an unprovoked war of aggression. 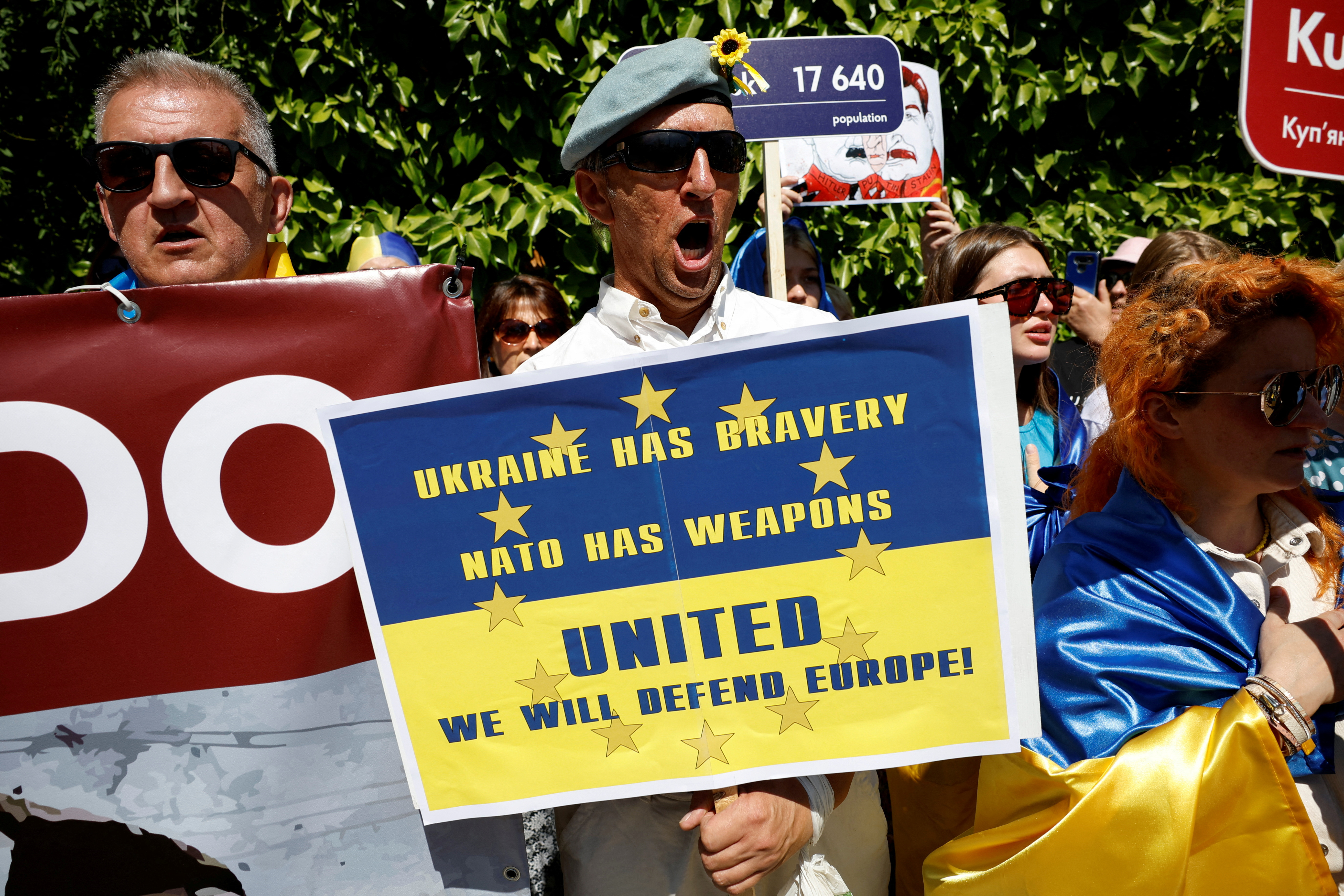 A sanctions task force of leading allies of Ukraine has frozen more than $330 billion in financial resources owned by Russia's elite and the central bank since Moscow's troops invaded, the group announced on Wednesday.

The Russian Elites, Proxies, and Oligarchs Task Force (REPO) said in a joint statement that they had blocked $30 billion in assets of Russian oligarchs and officials and immobilized $300 billion owned by the Russian central bank.

They have detained at least five luxury yachts and frozen opulent real estate owned by the country's billionaires.

"Together, we will ensure that our sanctions continue to impose costs on Russia for its unprovoked and continuing aggression in Ukraine," the group said in a statement released by the US Treasury.

REPO was formed on March 17, to increase economic pressure on Moscow.

Its members include top finance and justice officials of the United States, Australia, France, Canada, Germany, Japan, Italy, Britain, and the European Commission.

They have moved steadily to take hold of luxury estates and mega-yachts of Russian billionaires known to have ties to Putin.

But they have also worked to isolate Moscow in the global financial system, making it harder for the Kremlin to use its money on the international markets.

They have constrained Moscow's ability to acquire advanced technologies.

On Sunday, Britain, Canada, Japan, and the U.S jointly announced they would ban the purchase of gold from Russia to prevent the country and its tycoons from using the metal to avoid sanctions.

REPO warned it would continue to pursue the assets of wealthy and influential Russians.