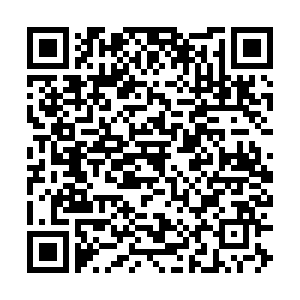 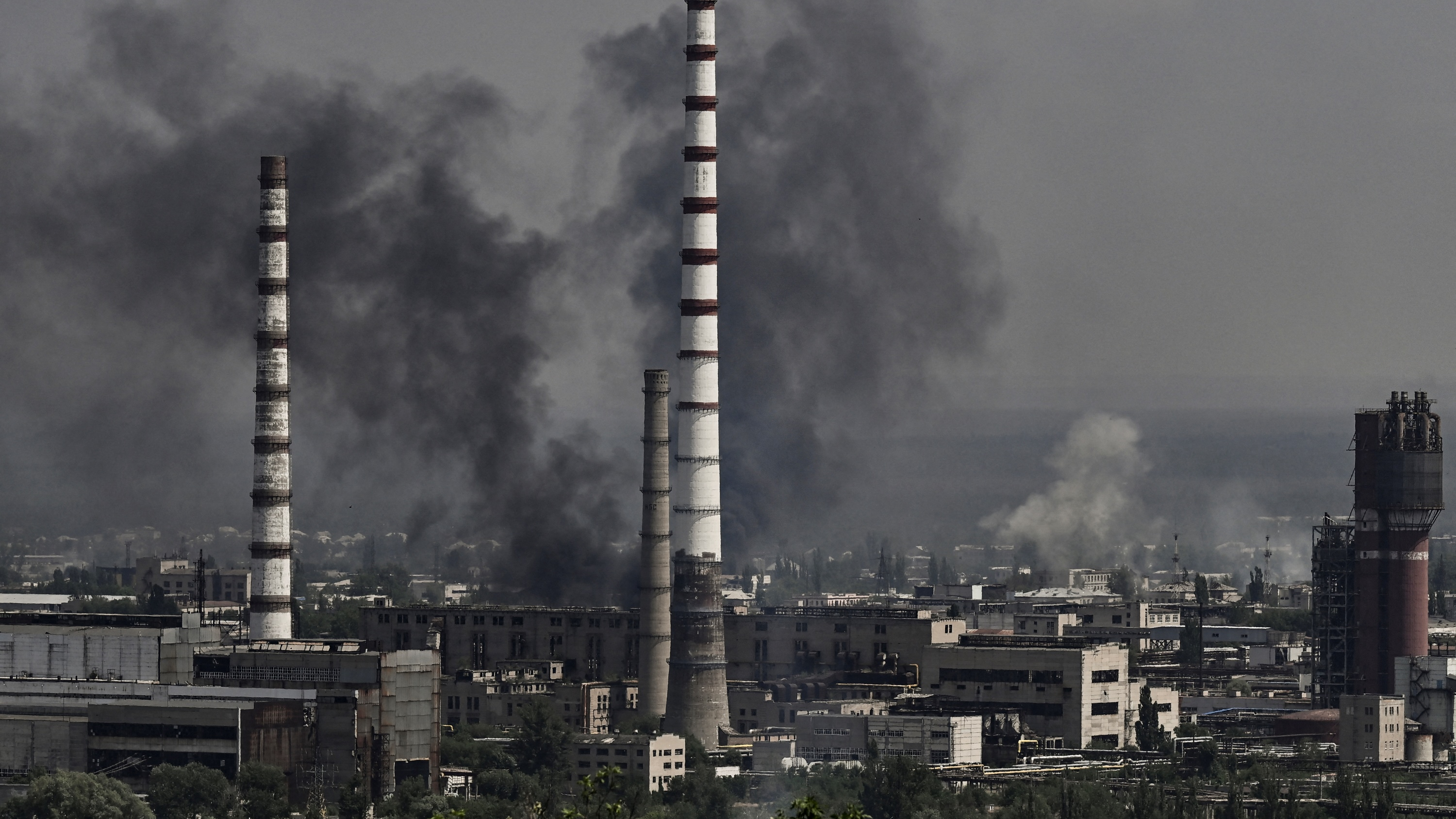 • Ukraine's President Volodymyr Zelenskyy predicts Russia will escalate its attacks this week as EU leaders consider whether to back his country's bid to join the bloc. "Obviously, this week we should expect from Russia an intensification of its hostile activities," he said. "We are preparing. We are ready."

• EU foreign policy chief Josep Borrell said Russia should be held "accountable" if it keeps blocking the export of vitally needed grain from Ukraine. "One cannot imagine that millions of tons of wheat remain blocked in Ukraine while in the rest of the world people are suffering hunger. This is a real war crime," Borrell said at a meeting of EU foreign ministers.

• The influx of Ukrainian refugees into the EU could gradually ease labor shortages in the euro zone as some of those fleeing the war are likely to settle permanently, the European Central Bank said.

• Ukraine said it had lost control of a village adjacent to the eastern industrial city of Sievierodonetsk, the centre of weeks of fierce fighting. "Unfortunately, we do not control Metyolkine anymore. And the enemy continues to build up its reserves," the Luhansk regional governor Serhi Haidai declared. READ MORE BELOW

• Sievierodonetsk mayor Olekander Struk said Russian forces controlled about two-thirds of the city, and it kept throwing forces at the Ukrainians. "I hope that the city will hold and, once it has the advantage in firepower, we will be able to liberate it without leaving it first," he said.

• Luhansk Governor Haidai told Ukrainian television that a Russian attack on Toshkivka, 20 miles south of Sievierodonetsk, "had a degree of success". TASS, citing an aide to the interior minister of the Luhansk People's Republic, reported Toshkivka had been "liberated".

• In Sievierodonetsk's twin city of Lysychansk, residential and administrative buildings have been destroyed by Russian shelling. "People are dying on the streets and in bomb shelters," said the Luhansk governor.

• The governor of Russia's Bryansk region said the border village of Suzemka had been shelled from northern Ukraine, and one person was wounded and a power station was damaged.

• Finland and Sweden are to discuss their stalled NATO bids with Turkey in Brussels, but hopes are fading they will be able resolve their dispute before an alliance summit next week, experts say.

• Germany announces latest steps to boost gas storage levels to prepare for the next winter, when it fears Russia, which has cut deliveries in recent days, could reduce or even completely halt supplies. 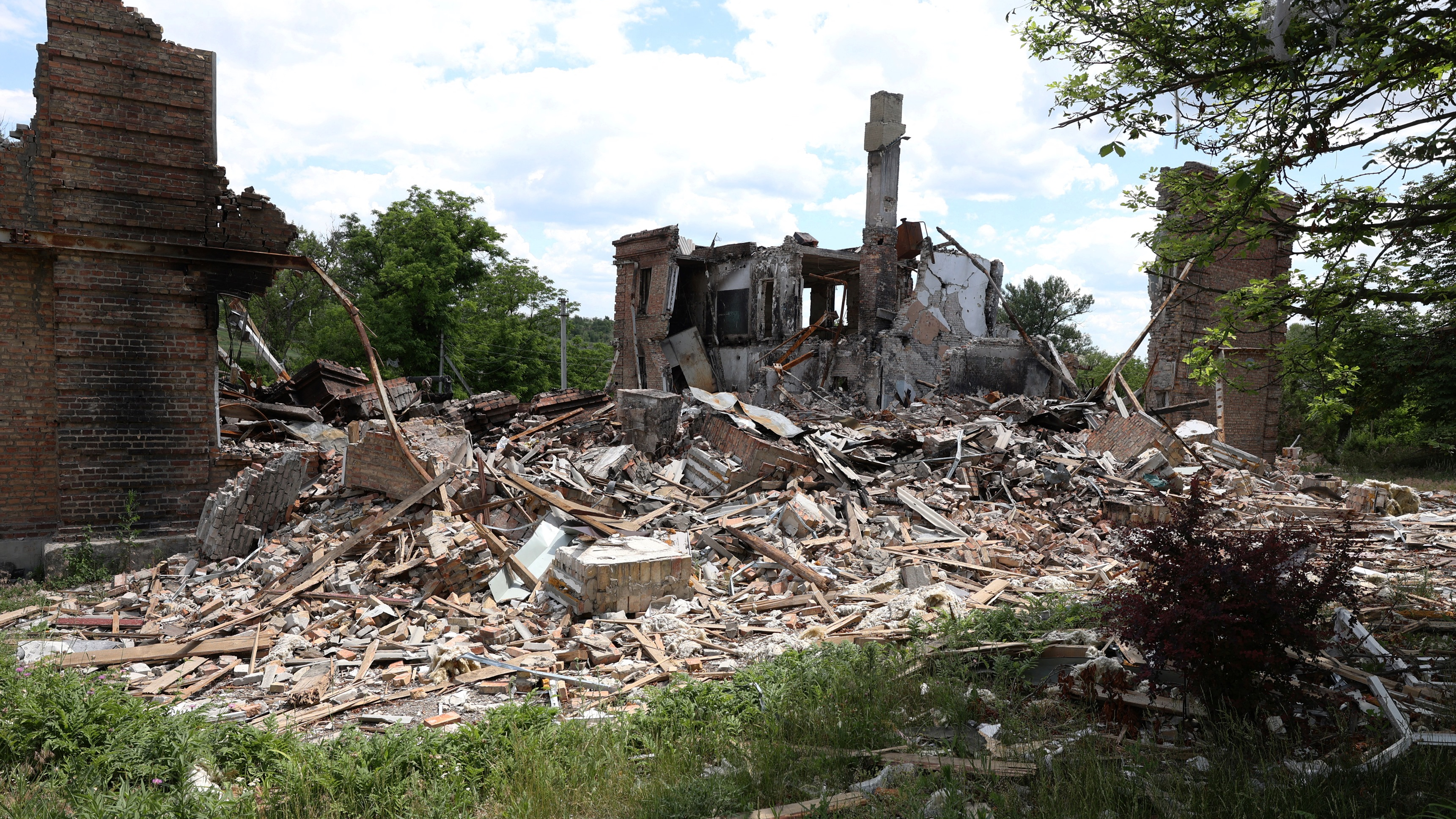 Many villages around the city of Sievierodonetsk have been reduced to rubble. Anatolii Stepanov / AFP

Many villages around the city of Sievierodonetsk have been reduced to rubble. Anatolii Stepanov / AFP

Ukraine said Monday it had lost control of a village adjacent to the eastern industrial city of Sievierodonetsk, the centre of weeks of fierce fighting with invading Russian troops.

"Unfortunately, we do not control Metyolkine anymore. And the enemy continues to build up its reserves," the Luhansk regional governor Serhi Haidai said in a statement on social media.

Russia's capture of the hamlet with a pre-war population of around 1,000 people, is the latest around Sievierodonetsk where Moscow's army has met tough Ukrainian resistance.

Russian troops have slowly advanced in the eastern Donbas region where they focused their military efforts after being pushed out of areas around the capital at the start of their invasion in February.

Haidai said that the Azot chemical plant in Sievierodonetsk, where  hundreds of civilians are said to be sheltering, was being shelled by Russian forces "constantly."

The head of the city administration, Oleksandr Stryuk meanwhile told Ukrainian television on Monday that Moscow's army controls most of the city's residential areas.

"If we talk about the whole city, still more than a third is controlled by our armed forces. Russians control the rest," he said.

"There are street battles around the clock," he added, saying Ukrainian troops were being shelled routinely.

"The enemy is throwing more and more manpower into the offensive, to storm the city and push out our soldiers," Stryuk said.

Evacuations from Sievierodonetsk have not been possible for days, after a last bridge across the river connecting it to Lysychansk was blown up.