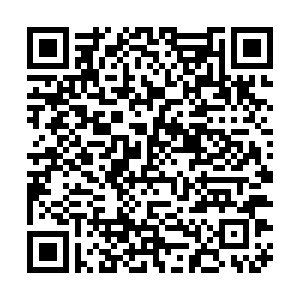 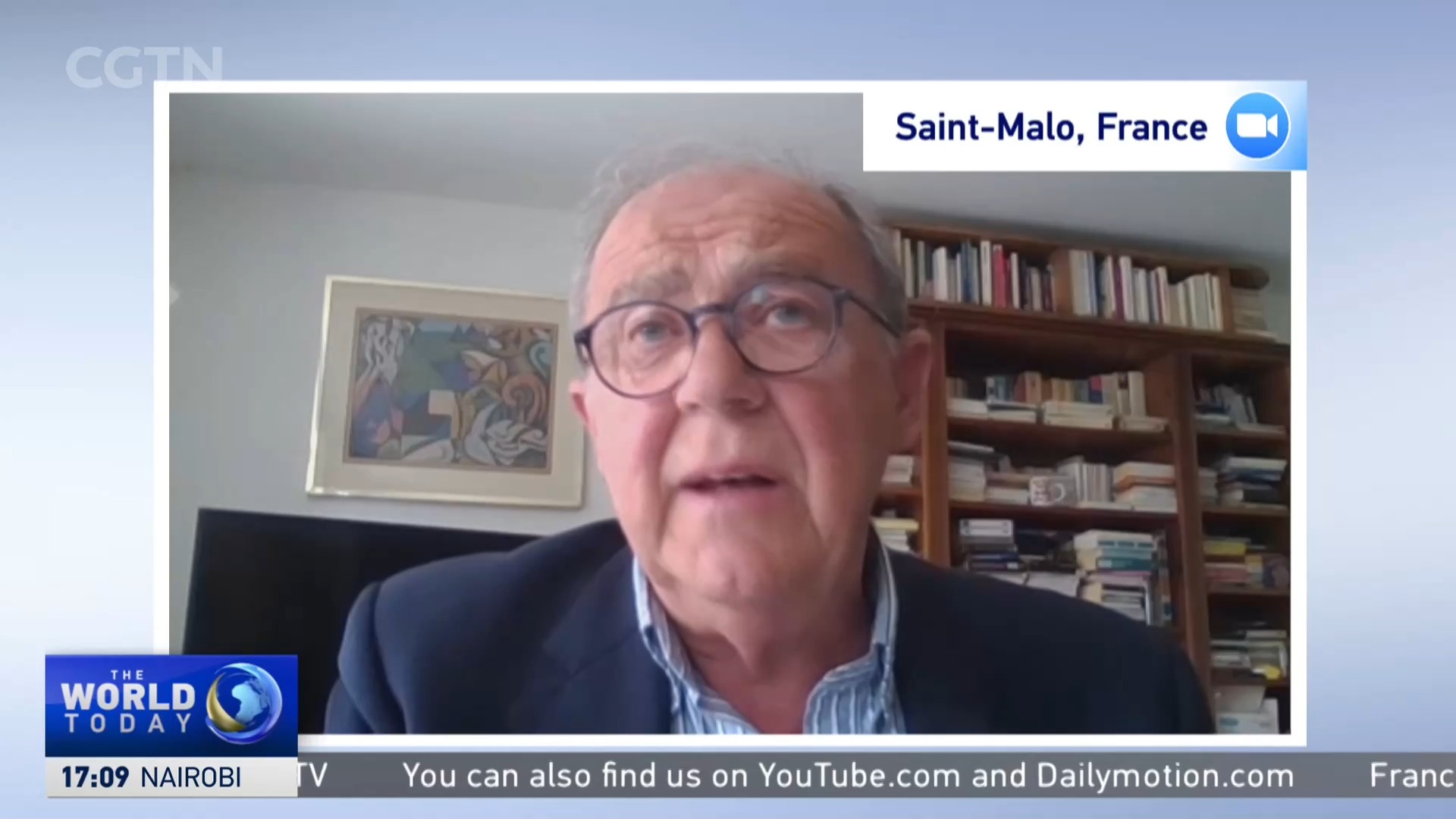 France's parliamentary election represents the reality that the country is now split between three political groupings - the radical left, embodied by Jean-Luc Melenchon; the radical right, under Marine Le Pen; and the center, led by Emmanual Macron, according to Jacques Reland, a senior research fellow at the Global Policy Institute.

Reland said the current split will make it extremely difficult for Macron to implement his agenda. 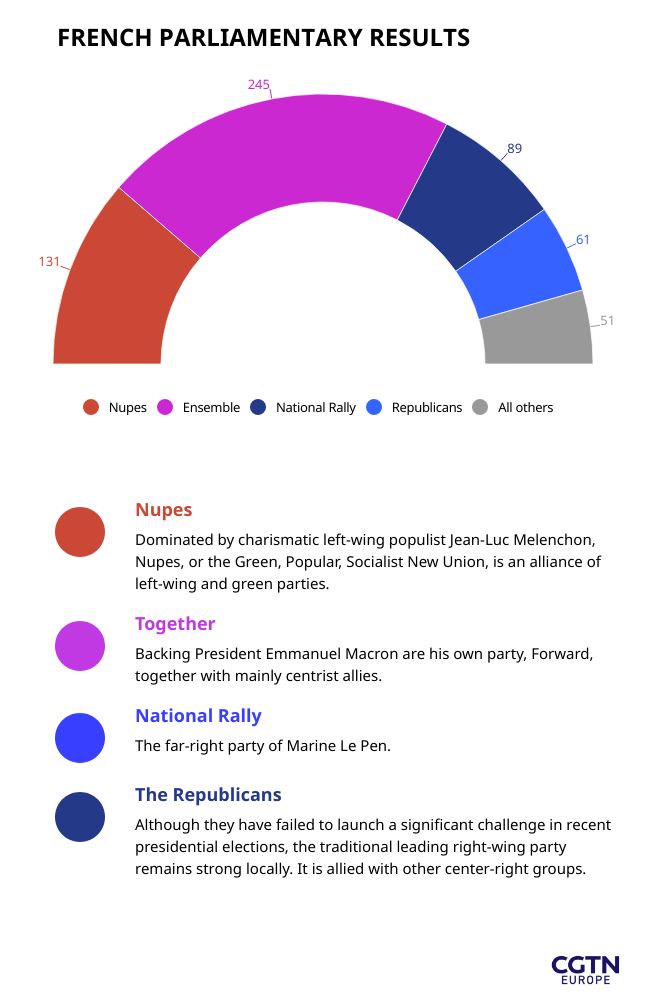 "In France, a president with no majority can't really govern properly. If he has a full majority, he is all powerful; otherwise, he really depends on other parties' cooperation, which is unlikely to be the case given the radical nature of the opposition parties," Reland told CGTN.

The far left grouping led by Jean-Luc Melenchon's France Unbowed party and the far right National Rally under Marine Le Pen are extremely hostile towards Macron and unlikely to support him. However, some elements of the former, notably members of the Socialist Party which once included Macron as a government minister, may be more flexible.

But Reland said Macron's best bet of finding allies will be within the traditionally center right Republicans party. While the leadership has voiced unwillingness to form a coalition, Reland believes some accommodation on a case-by-case basis could be possible.

Ultimately, the most likely outcome will be new elections in a year or two to find a stable majority, he predicted.