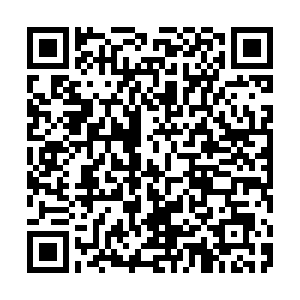 Boris Johnson's ethics advisor, Christopher Geidt has resigned claiming he was asked to sanction a breach of the rules concerning the conduct of government ministers.

While neither Geidt nor the government explained exactly what the issue was, there are a number of clues. The most plausible explanation concerns proposals to retain tariffs protecting the steel industry, against official advice.

What do we know?

Johnson's office initially stated that Geidt had been asked about a "commercial" issue that had had "cross-party support."

When the resignation letter from Geidt was published it suggested that the government was considering measures that "risk a deliberate and purposeful breach" of the Ministerial Code that regulates behavior of those running the country.

The Ministerial Code forbids ministers from breaking the law.

The prime minister had responded by revealing that the dispute concerned the Trade Remedies Authority (TRA) and protective measures which could be considered to breach World Trade Organization (WTO) rules. The industry concerned is protected in other European countries, he noted.

Extract from Geidt's letter to the prime minister that has been edited to highlight the section where he refers to being asked to consider a breach of the Ministerial Code./UK government

Extract from Geidt's letter to the prime minister that has been edited to highlight the section where he refers to being asked to consider a breach of the Ministerial Code./UK government

The TRA is an independent body designed to help decide tariffs that can be imposed on imports to the UK. It issued a press release stating that the issue that led to Geidt's resignation had been taken over by the government.

The TRA said it had given advice to the government on the matter on June 1.

How it fits together

The TRA said some of the categories of steel should have their tariffs removed, which suggests that if the government wanted to keep these protections that could be a violation of WTO rules.

The steel tariffs were originally introduced after U.S. president Donald Trump distorted the world market by banning imports. This pushed down prices and redirected trade towards Europe, prompting countries there to act to shore up their own domestic industry.

The biggest impact of keeping the tariffs would be felt by Chinese producers, who are the biggest steel exporters globally, as their exports would be subject to the tariffs in the UK.  Other steel-producing countries would also be impacted.