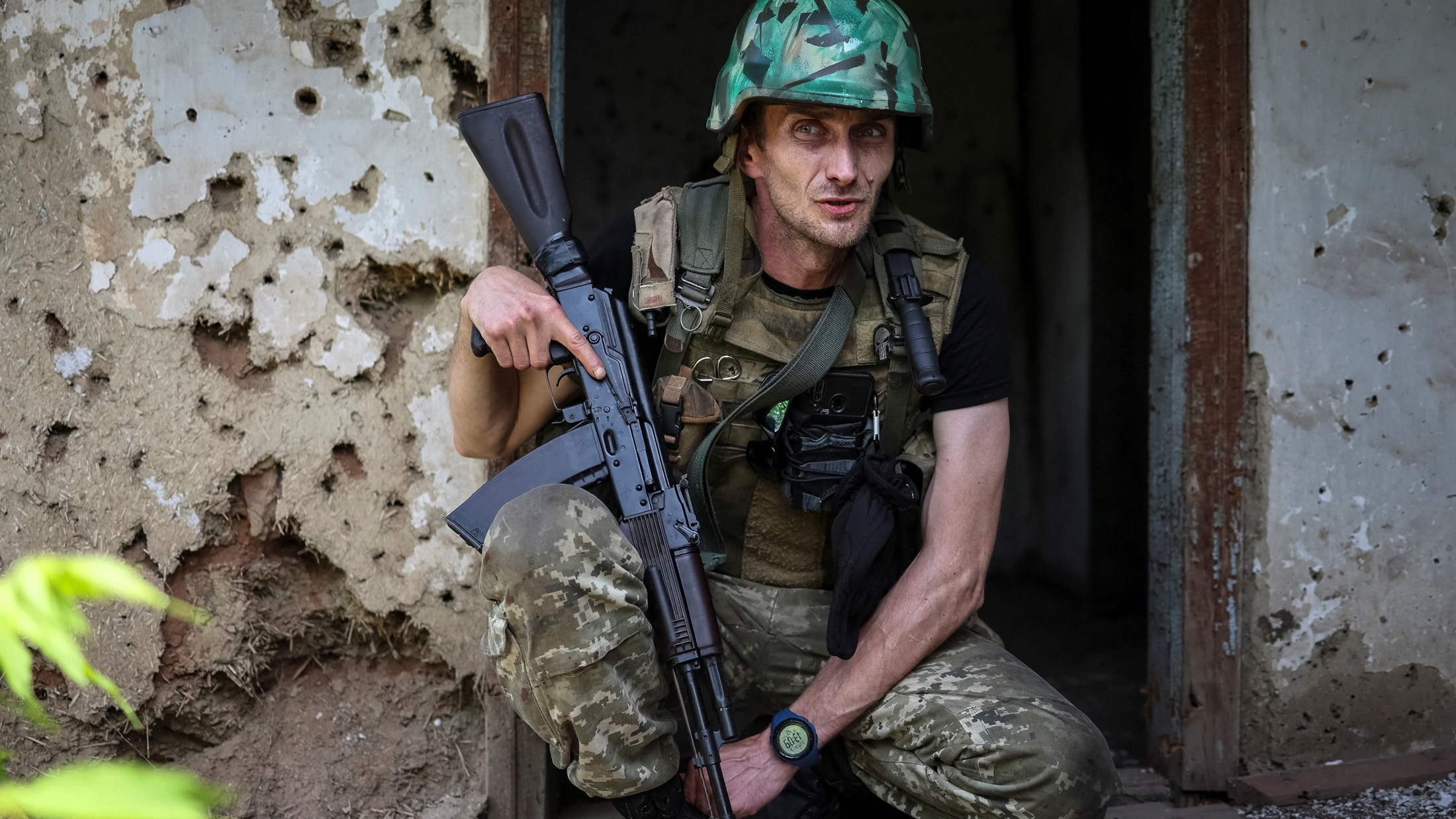 A Ukrainian service member is pictured at a position on the frontline near Bakhmut, Donbas region. /Gleb Garanich/Reuters

A Ukrainian service member is pictured at a position on the frontline near Bakhmut, Donbas region. /Gleb Garanich/Reuters

• Intense fighting between Ukrainian and Russian forces raged in the streets of the industrial city of Sievierodonetsk on Monday in a pivotal battle for advantage in eastern Ukraine, the provincial governor said.

• Ukraine's President Volodymyr Zelenskyy met troops on the frontlines in Donbas on Sunday as heavy fighting raged in the eastern industrial region that Moscow has focused on gaining control of. READ MORE BELOW

• Russian Foreign Minister Sergei Lavrov was forced to cancel a visit to Serbia on Monday after several of its neighbors prevented his plane from passing through their airspace, something he described as a "hostile act."

• Lavrov also warned that Russia will push Ukraine's troops back even further if the West continues to supply long-range missiles stating "we will move back the Nazis from that line from which threats to Russian-speakers and the Russian Federation may come."

• Putin warned Moscow will strike new targets if the West supplies long-range missiles to Ukraine and says new arms deliveries to Kyiv are aimed at "prolonging the conflict," without specifying which targets he means.

• Ukraine's deputy defense minister stressed the country needed continuous military support from Western countries until it defeated Moscow's forces. "We have already entered into a protracted war and we will need constant support," Ganna Malyar told local media. "The West must understand that its help cannot be a one-time thing, but something that continues until our victory," she added.

• ​​Russia should not close the U.S. embassy despite the crisis triggered by the conflict in Ukraine because the world's two biggest nuclear powers must continue to talk, the U.S. ambassador to Moscow was quoted as saying on Monday.

• Pope Francis renewed a call for "real negotiations" to end what he calls the "increasingly dangerous escalation" of the conflict in Ukraine. "I renew my appeal to the leaders of nations: Please do not lead humanity to destruction," the pontiff said from St Peter's Square.

• Ukraine's World Cup dream is over after a 1-0 defeat to Wales in Sunday's play-off final left them without the release of seeing their country compete in Qatar later this year. Heads bowed, the Ukrainian players were still saluted like heroes from the small band of visiting fans decked out in blue and yellow flags in one corner of the Cardiff City stadium on Sunday. 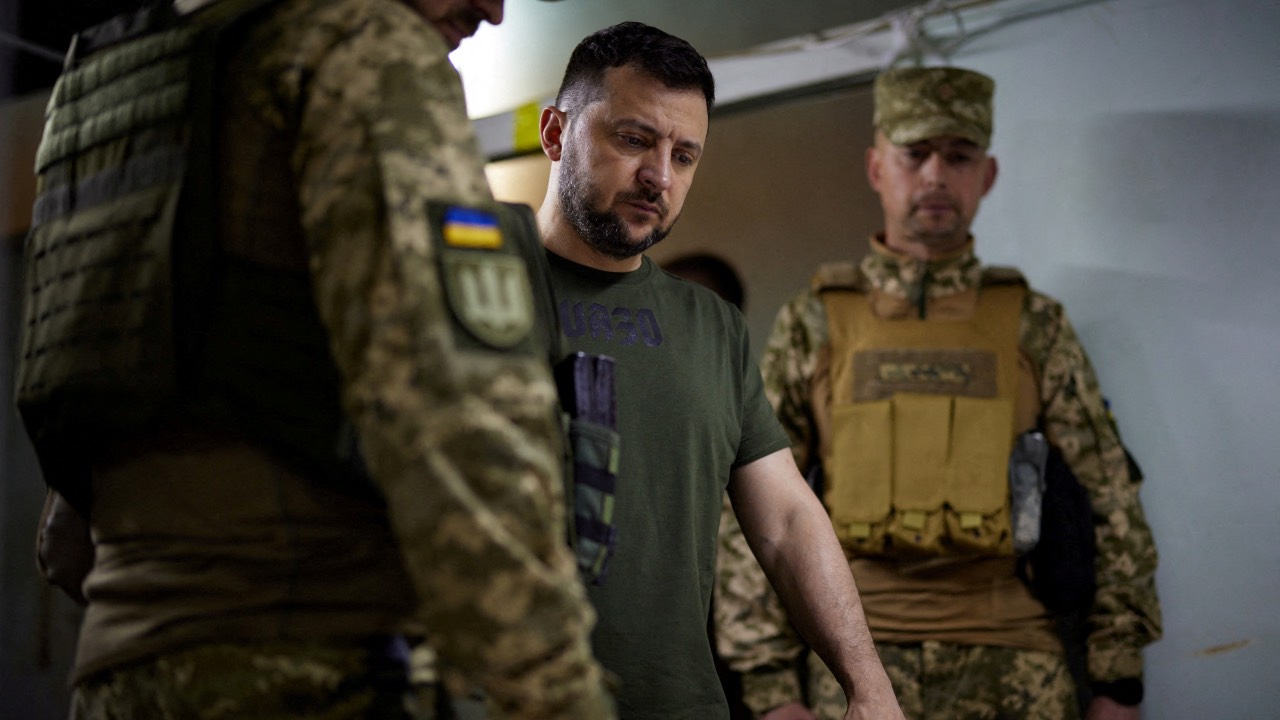 Zelenskyy thanks servicemen for 'protecting all of us'

Ukrainian President Volodymyr Zelenskyy met troops on the frontlines in Donbas on Sunday, as heavy fighting raged in the eastern industrial region.

Zelenskyy visited command posts and frontline positions in Lysychansk, which sits across the Siverskyi Donets river from Severodonetsk, where Ukrainian troops were pushing back against Russian forces who had earlier appeared on the verge of taking the strategic city.

He also visited Bakhmut, to the southwest in the Donetsk region of Donbas, and talked with servicemen, the presidency said.

"I want to thank you for your great work, for your service, for protecting all of us, our state. I am grateful to everyone," he told them. "Take care of yourselves"

On his working visit Zelenskyy "got himself acquainted with the operational situation on the frontline of defense," the presidency said.

"I am proud of everyone whom I met, whom I shook hands with, with whom I communicated, whom I supported," Zelenskyy said in his daily evening address after his visit.

The president said he also travelled to Zaporizhzhia in the southeast to meet with residents of Mariupol who had managed to leave the port city that was destroyed by months of Russian bombardment.

"Each family has its own story. Most were without men," he said. 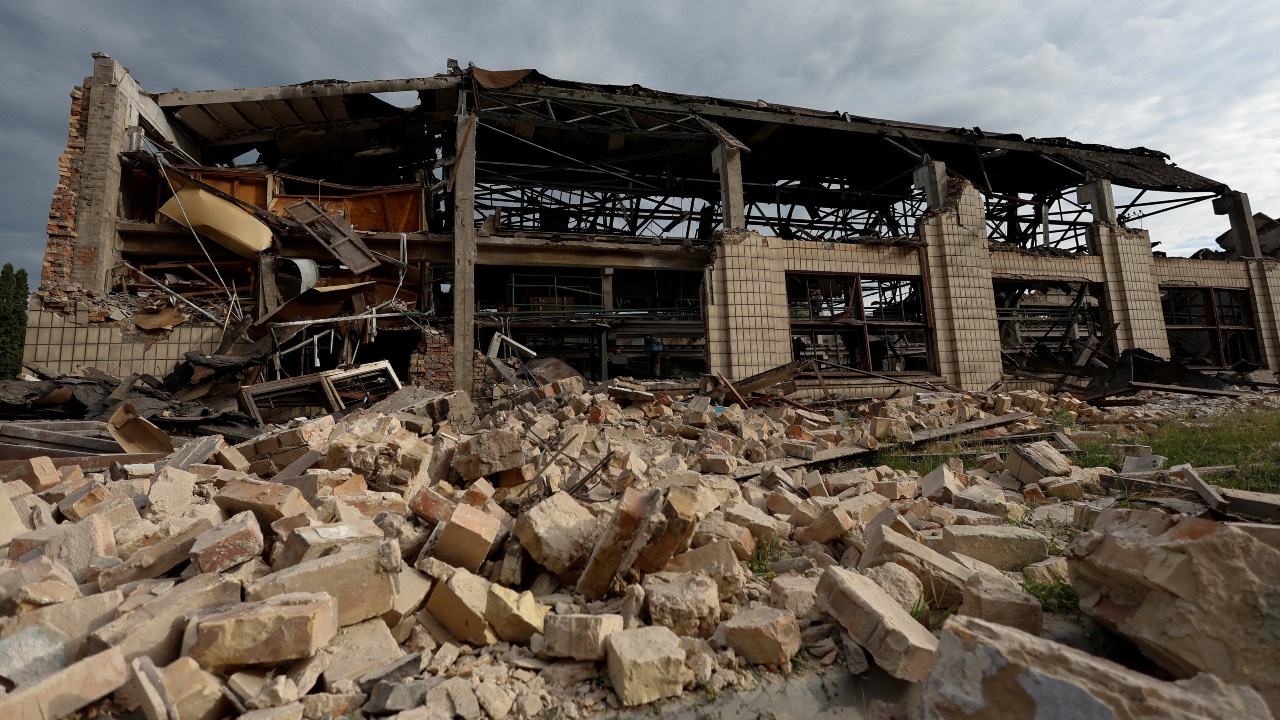 A facility of the Darnytsia car repair plant damaged by missile strikes in Kyiv. /Valentyn Ogirenko/Reuters

A facility of the Darnytsia car repair plant damaged by missile strikes in Kyiv. /Valentyn Ogirenko/Reuters

Britain said on Monday it will mirror the United States and send long-range missile systems to Ukraine, defying warnings from Putin against supplying Kyiv with the advanced weapons.

The UK Ministry of Defense said London had coordinated closely with Washington over its gift of the multiple-launch rocket systems (MLRS) to help Ukraine defend itself against Russian troops.

The M270 launchers, which can strike targets up to 80 kilometers (50 miles) away with precision-guided rockets, will "offer a significant boost in capability for the Ukrainian forces," the ministry added.

The U.S. last week announced it would give Kyiv its high mobility artillery rocket system (HIMARS), which can simultaneously launch multiple precision-guided missiles and is superior in range and precision to existing systems Ukraine has.

However, U.S. President Joe Biden has ruled out supplying it with systems that could reach as far as Russia, despite Kyiv's repeated demands for them.

The US move prompted Putin to warn on Sunday that Moscow will strike new unspecified "targets" if the West supplies the missiles to Ukraine and said new arms deliveries to Kyiv were aimed at "prolonging the conflict."