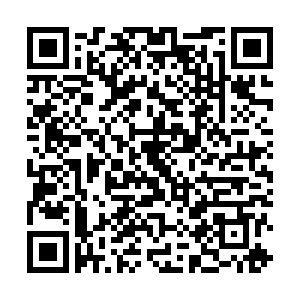 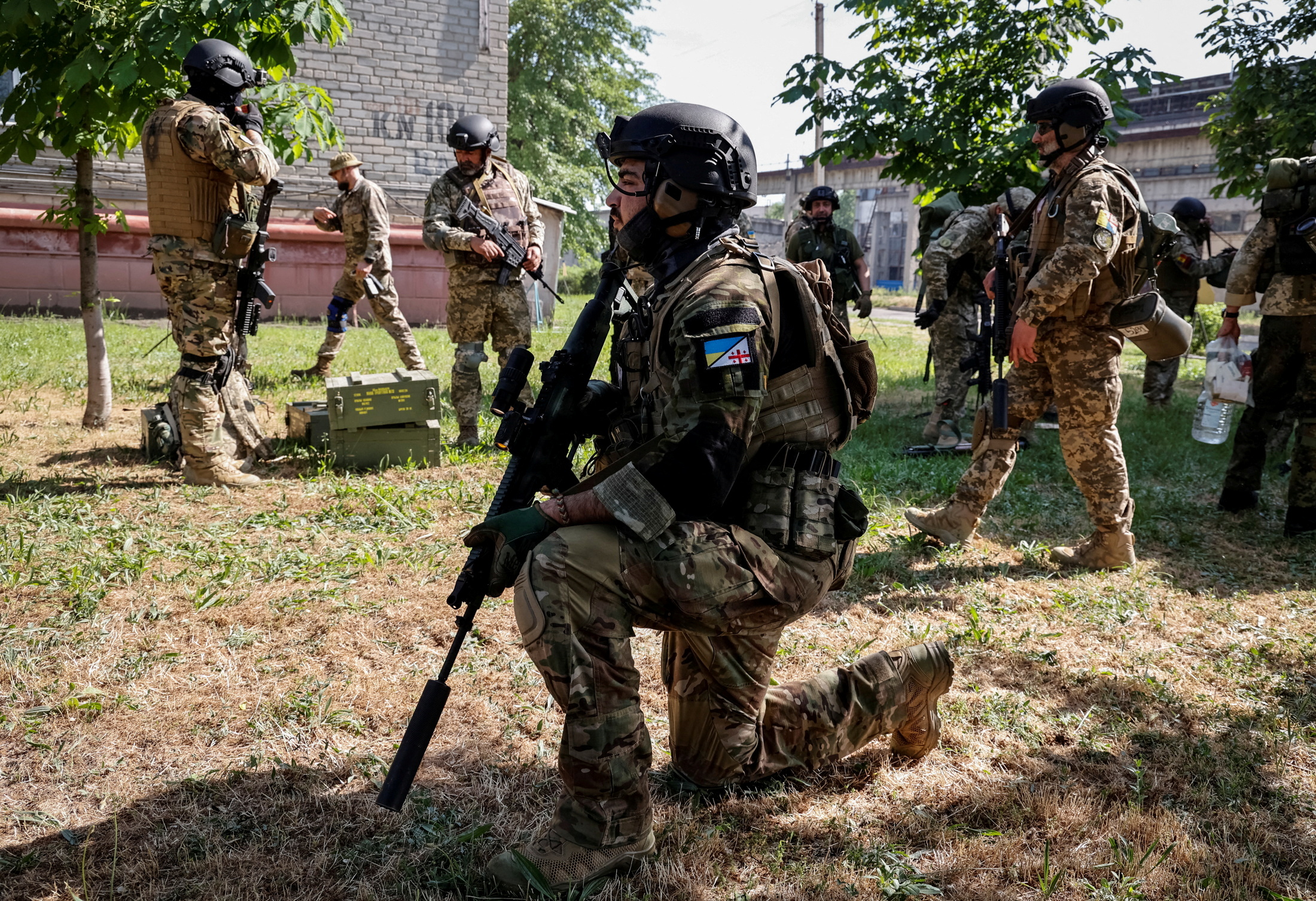 • Ukraine wants to strengthen its positions on the ground with the help of new weapons deliveries from the West before it resumes peace talks with Russia, Ukrainian negotiator David Arakhamia said. "Our armed forces are ready to use (the new weapons)...and then I think we can initiate a new round of talks from a strengthened position," he told Ukraine national television.

• Russian forces are blowing up bridges across the Seversky Donets river to prevent Ukraine bringing in military reinforcements and delivering aid to civilians in the town of Sevierodonetsk, the governor of the Luhansk region Serhiy Gaidai said. He added the Ukrainian military continued to hold its positions inside Sevierodonetsk and was pushing back Russian forces in several locations.

• Britain's defence ministry said that Russian air activity remains high over Ukraine's Donbas region with its aircraft carrying out strikes using both guided and unguided munitions. "The increased use of unguided munitions has led to the widespread destruction of built-up areas in the Donbas and has almost certainly caused substantial collateral damage and civilian casualties," the ministry said in a tweet.

• The situation in Lysychansk, Severodonetsk's twin city, which sits just across a river looks increasingly dire. About 60 percent of infrastructure and housing had been destroyed, while internet, mobile networks and gas services had been knocked out, said its mayor Oleksandr Zaika.

• In the city of Sloviansk, about 50 miles from Severodonetsk, the mayor has urged residents to evacuate in the face of intense bombardment, with water and electricity cut off. "The situation is getting worse," student Gulnara Evgaripova as she boarded a minibus to leave the city and Ekaterina Perednenko, a paramedic, said: "I am scared that there will be nothing to come back to."

• Ukrainian President Volodymyr Zelensky has dismissed the Russian army threat in a video speech. "At first it looked threatening. Then dangerous... And now probably just a bitter smile," he said. "Because what's left of it? ... War crimes, shame and hatred."

• The West has sent ever-more potent weapons to Ukraine and piled on ever more stringent sanctions against Moscow, with the European Union on Friday formally adopting a ban on most Russian oil imports.

• The United Nations said it was leading intense negotiations with Russia to allow Ukraine's grain harvest to leave the country. Vladimir Putin in a televised interview said there was "no problem" to export grain from Ukraine, via Kyiv- or Moscow-controlled ports or even through central Europe. 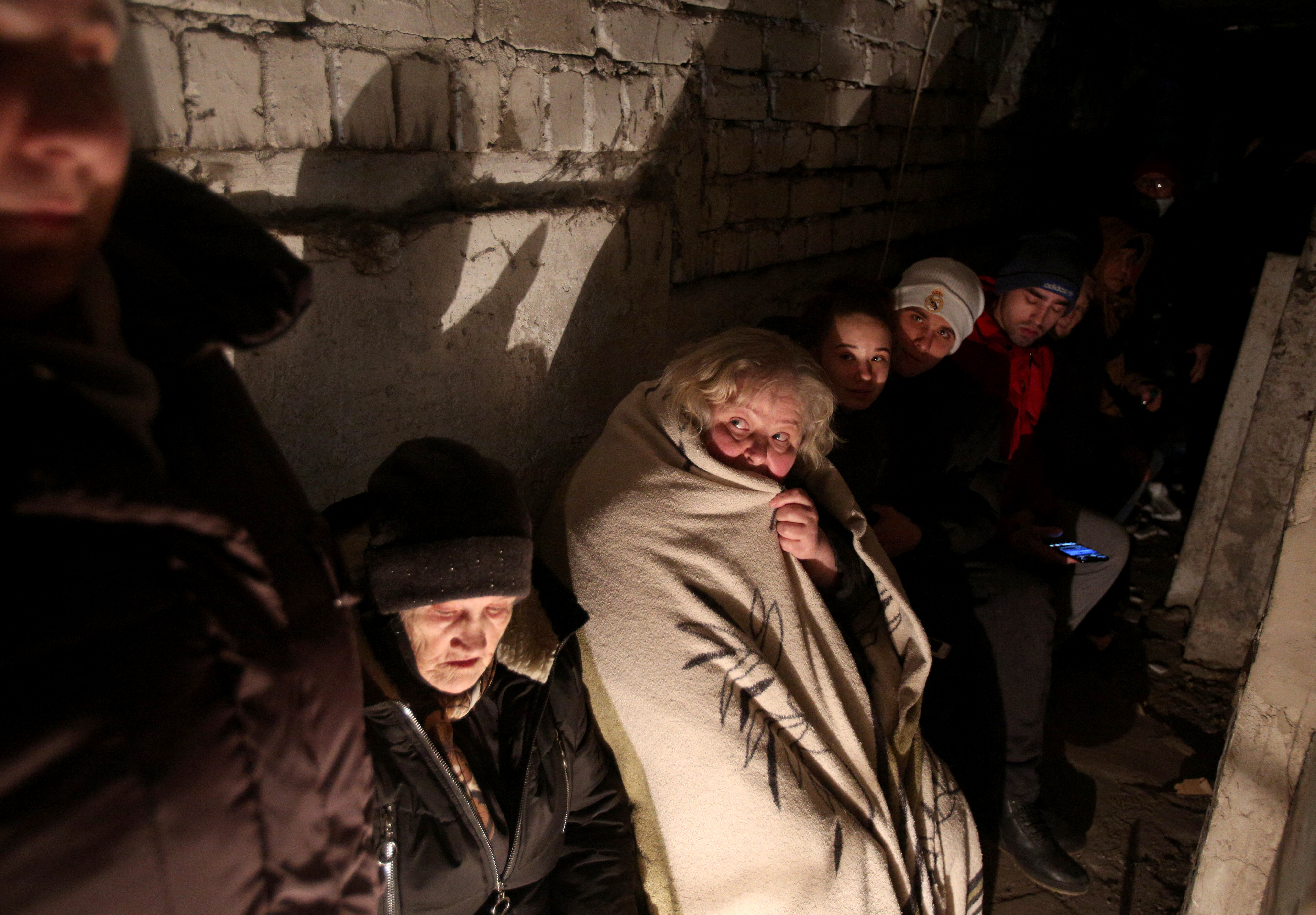 Residents huddle together in a shelter in the Ukrainian city of Sievierodonetsk. /Serhii Nuzhnenko/Reuters

Residents huddle together in a shelter in the Ukrainian city of Sievierodonetsk. /Serhii Nuzhnenko/Reuters

Ukraine said it had recaptured a chunk of the factory city of Sevierodonetsk, the focus of a Russian offensive to take the eastern Donbas region, and could hold it for up to two weeks as fighting raged on Saturday.

Sergiy Gaidai, governor of Luhansk province, told national television on Friday that Ukrainian troops had retaken 20 percent of the territory they had lost in Sevierodonetsk.

It was "not realistic" that the city would fall in the next two weeks even though Russian reinforcements were being deployed, he said.

"As soon as we have enough Western long-range weapons, we will push their artillery away from our positions. And then, believe me, the Russian infantry, they will just run," said Gaidai.

His claim of Ukrainian advances could not immediately be verified. Reuters reached Sevierodonetsk on Thursday and was able to verify that Ukrainians still held part of the city.

Ukraine's military said on Saturday Russia had reinforced its troops and had used artillery to conduct "assault operations" in the city. But it said Russian forces had retreated after failed attempts to advance in the nearby town of Bakhmut and cut off access to Sevierodonetsk.

Gaidai said in a social media post that four people were killed in Russian attacks in the region on Friday, including a mother and a child.

The conflict in Ukraine marked its 100th day on Friday. Tens of thousands have died, millions have been uprooted from their homes and the global economy disrupted since Moscow's forces were driven back from Kyiv in the first weeks of the conflict.

"We are now seeing attempts to shift the responsibility for what is happening on the world food market, the emerging problems in this market, onto Russia," he said on national television.

He said the best solution would be for Western sanctions on Russia's ally Belarus to be lifted and for Ukraine to export grain through that country.